A decade ago, it seemed almost unimaginable that the area surrounding the former World Trade Center would be Manhattan’s hottest address, and yet today, it’s a reality.

Following a seemingly endless stream of development, the blocks surrounding the 9/11 Memorial have been fully revitalized to include tourist magnets like the Oculus and the Freedom Tower, as well as iconic businesses such as Condé Nast and HarperCollins. Lower Manhattan has seen an explosion of hotels, too, including the Beekman, the Conrad, and AKA Wall Street. But at the top of the hospitality pack sits the new Four Seasons New York Downtown, the buzziest of them all.

Designed by renowned architect Robert A.M. Stern, the Four Seasons Downtown is undeniably the talk of the town, featuring 189 rooms and suites and commanding 24 storeys in the swanky 84-storey 30 Park Place building. (The building is also home to luxury condos developed by Silverstein Properties, with 157 Four Seasons Private Residences ranging from one to five bedrooms, all featuring full access to hotel facilities.)

As befits the cool Tribeca area, the hotel—featuring interiors created by Canadian design gem Yabu Pushelberg—is a master class in understatement. Public spaces are soothing and modern, done in muted tones of tan, sand, walnut, and cream. Visitors enter the expansive two-story lobby through giant glass doors, welcomed into an asymmetrical space with check-in on one side, and Cut by Wolfgang Puck (the celebrity chef’s first Manhattan outpost) on the other. 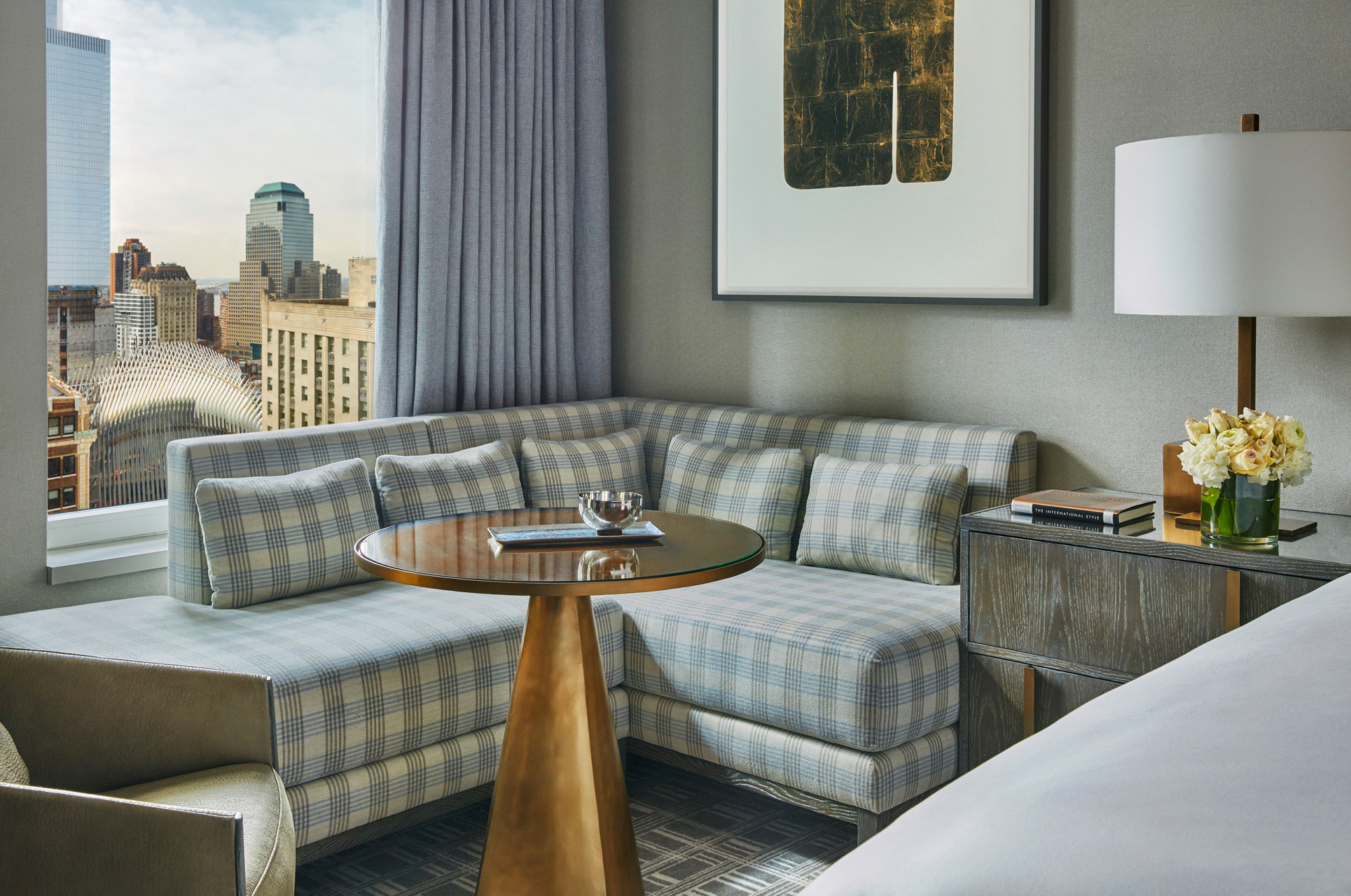 Everything in the hotel feels designed with a purpose: there are few frills, and yet it oozes luxury.

Technological advances are de rigueur in the 189 rooms and suites, featuring push button electronic curtains, spacious white-and-mosaic marble bathrooms including both a soaking tub and a glass-enclosed shower, in-mirror TVs above the vanity, and ambient mood lighting, as well as highlights such as the fully-customizable Four Seasons bed.

Guests staying in the crown jewel 223-square-metre Royal Suite—which spans the east side of the 24th floor—enjoy touches such as a blue onyx fireplace, a custom oak bar with stone imported from India, a 10-seat dining room, a media room for private screenings, and a butler’s pantry complete with staff entrance. They also receive perks such as helicopter airport transfers—and as for that butler, he’s available 24/7.

Elsewhere in the hotel, there’s a 24-hour, 195-square-metre fitness center, plus a stunning 23-metre indoor swimming pool done in marble and featuring an outdoor sun deck. After a tense board meeting or a exhausting day of shopping, guests can unwind in the Spa at Four Seasons, an elegant, marble-clad facility which features seven treatment rooms, a nail room, eucalyptus steam room, and outdoor terrace, and offers products from Omorovicza and Dr. Burgener.

Gone are the days of the Financial District turning into a ghost-town after work. Now, this historic area of the city is very much alive. The Four Seasons Downtown is perfectly positioned to take advantage of all its delights—and fit for a financial king. Where to Find The Best Gelato in New York