A ride on the Flåm Railway (or Flåmsbana) is no ordinary train trip. From the storybook hamlet of Flåm (pop. 400) on the shores of Norway’s glacial-cut Aurlandsfjord inlet, to the mountaintop station of Myrdal, the 20 kilometer track snakes through 20 tunnels as it ascends an astonishing 860 metres in just an hour. This steep climb through dramatic, primeval mountains is unlike any other train voyage in the world. 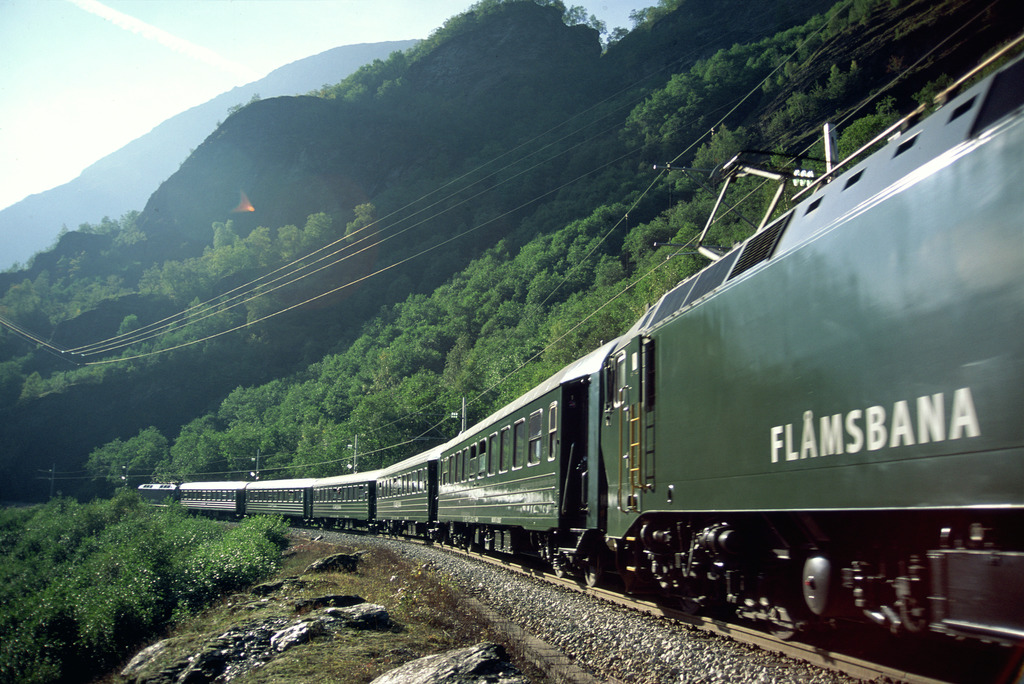 Leaving the station, the train chugs by Flåm’s red-and-white houses and a tiny, steepled church nestled at the base of the verdant Flåm Valley. One bypasses emerald fields with grazing cows, and postcard scenes of waterfalls tumbling down vertical mountains slide into view. It’s hard to know where to look; the scenery on both sides of the train has passengers bounding from one end of their carriages to the other to snap photos through open windows.

As the train squeezes through pitch-black tunnels, one begins to understand why the Flåm Railway is considered an engineering marvel. Construction began back in 1924, and, over the next 16 years, some 220 labourers worked on the railway. Every tunnel was dug out by hand—it took a navvy (or navigational engineer) one month to dig out just one metre of tunnel. Over 80 per cent of the zigzagging line was built at a gradient of 5.5 per cent (meaning it climbs one metre for every 18 metres of track). They created—without the assistance of heavy machinery or computer design—a train line that remains to this day the steepest on conventional tracks.

This steep climb through dramatic, primeval mountains is unlike any other train voyage in the world.

More than half way up, the Flåm train makes a short photo stop at a platform by the Kjosfossen waterfall. Plummeting some 225 metres, the waterfall is a thunderous cascade of water spewing out a fine mist of spray that covers everything (careful of your camera lens). According to local legend, the waterfall is haunted by a Huldra, or a seductive forest nymph who lures passing men into the deep woods. In the summer, you can catch a glimpse of the scarlet-dressed siren dancing and singing on the rocks (actually one of several Norwegian National Ballet school students annually hired to play the part of the Huldra for the entertainment of tourists). 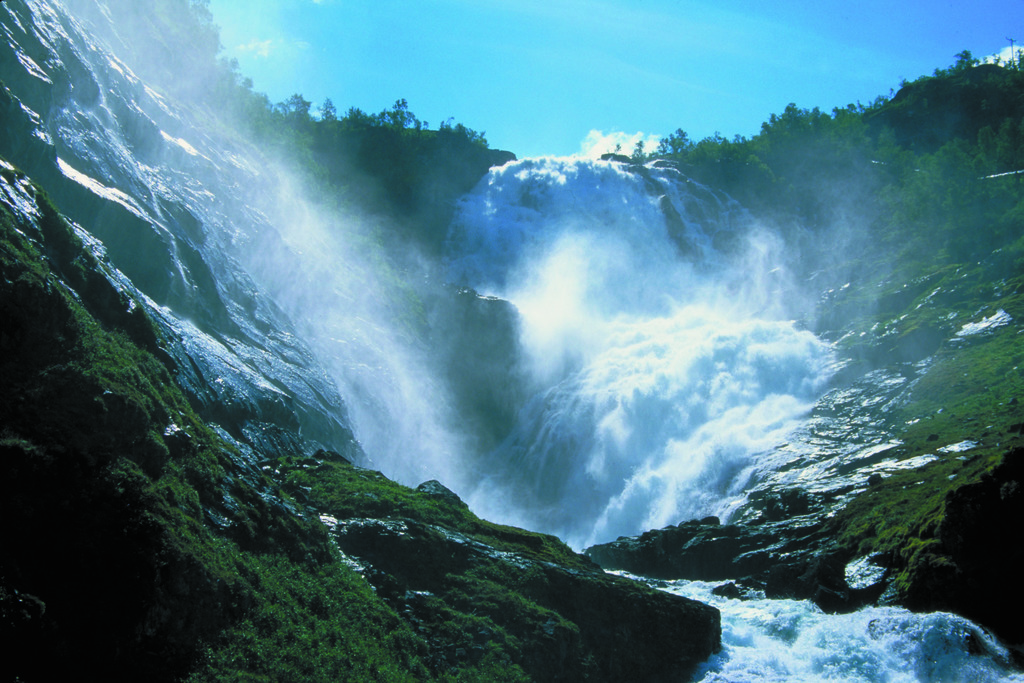 Despite the steepness of the track, the ride is very comfortable—which is a good thing, because the Flåm Railway is more than just a sightseeing ride for tourists (thousands of whom pour off of fjord-traversing cruise ships each year). The train also connects Myrdal with the main Oslo-Bergen train line, and is crucial for local commuters. In Myrdal, surrounded by stark craggy peaks crowned with snow, the train stops for 10 minutes or so to drop-off and pick-up passengers before making the return trip to Flåm. One need not ride the train back, however. The adventurous may walk or rent bicycles and pedal down the old dirt-and-gravel railway construction road. Just be forewarned there are 21 hairpin turns before the trail levels out for a gentle descent—past streams, wildflower-strewn valleys, and grazing dairy cattle—back into Flåm.