“It’s a little bumpy going up, but once we’re in the straight, it gets nice again,” says floatplane pilot, Don—the only warning before the propeller starts with a dragon roar and the world falls away.

Below, the evergreen trees stand at attention, stretching up to catch the water that falls from the plane. I want to reach out the window and run my hand along their tops in greeting.

It is a difficult time to be setting out alone. The mask on my face is a constant reminder of the invisible danger that lurks outside. But the stone at the bottom of my heart and the voice at the back of my head tell me that the thing I’m really afraid of is the solitude. Willingly handing myself over to the wilderness during an already stressful time in the world feels like melancholia is inevitable.

The trip itself is easy to make. It’s a hop, skip, and float plane ride from Vancouver to the remote oasis in the Great Bear Rainforest and the True North Collection has taken care of every aspect of the travel, but that only leaves me more time to reflect.

Don starts shifting in his seat, pulling me from my reverie. The mouth of the bay opens, and five proud cabins with red roofs are visible in the distance: Nimmo Bay. 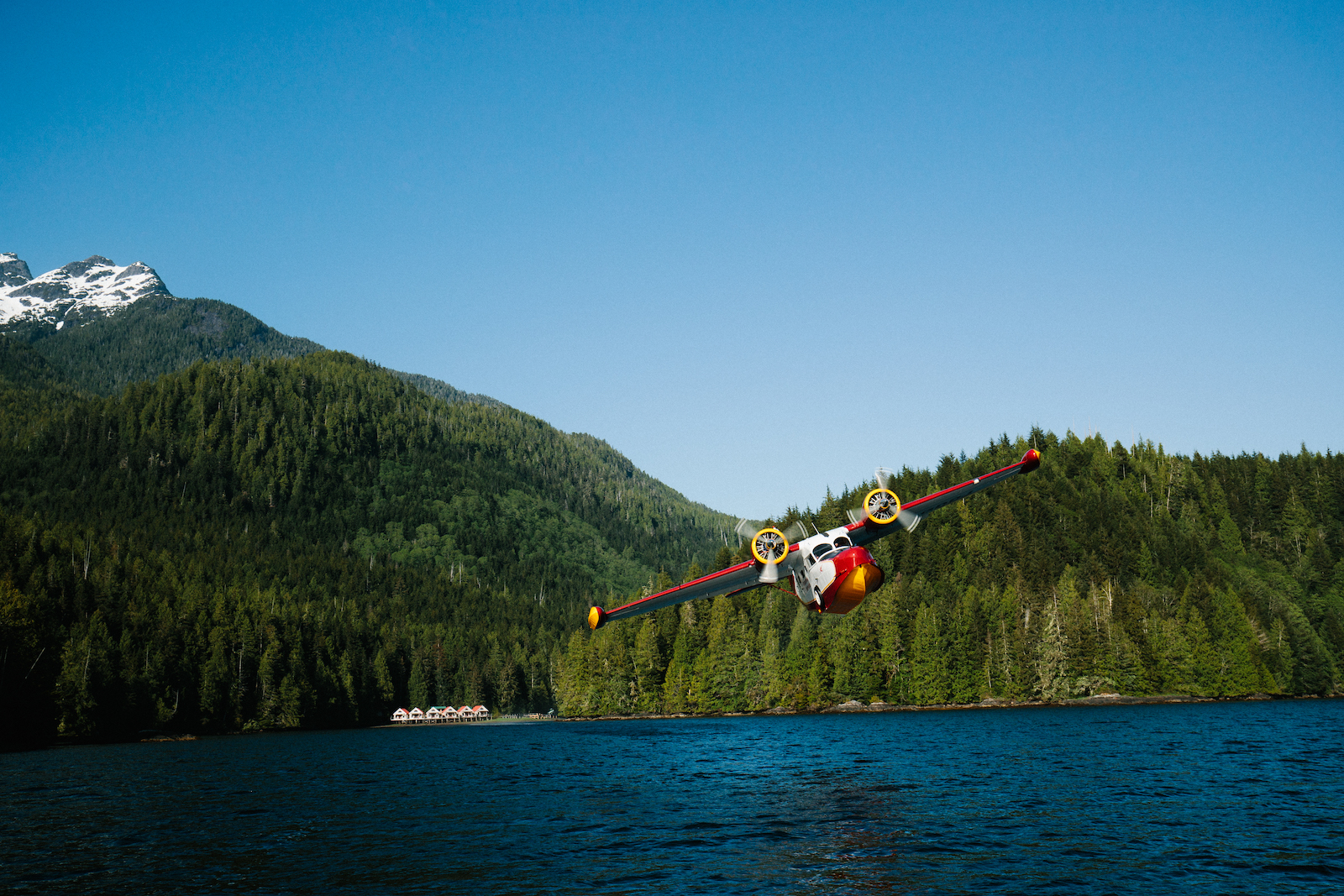 In a flurry of activity, we pull up to the deck and I am welcomed with hand sanitizer, a hot towel, and a delicious champagne cocktail. I’m breathless, but the energy here is simultaneously calming and exciting.

The private nine-cabin Nimmo Bay Resort is cocooned by water and trees. The founder, Craig Murray, a sort of legend, built the resort around a waterfall that marks the border between the lodge and the cabins and provides the hydro power for the property. I’m told he was a formidable man and an unlikely hotelier who bought the lodge and moved his young family to the floating docks to raise them among the heli-fishing clientele.

After his retirement, the management and future of Nimmo Bay was passed on to Murray’s son Fraser and his wife, Becky. If Craig Murray is a legend, then Becky and Fraser are surely legends in the making—shouldering the legacy of what Craig Murray built and evolving this old-boys fishing lodge into a place that can accommodate honeymooners, families, girl-trippers, a solo traveller, and a boisterous group of friends. 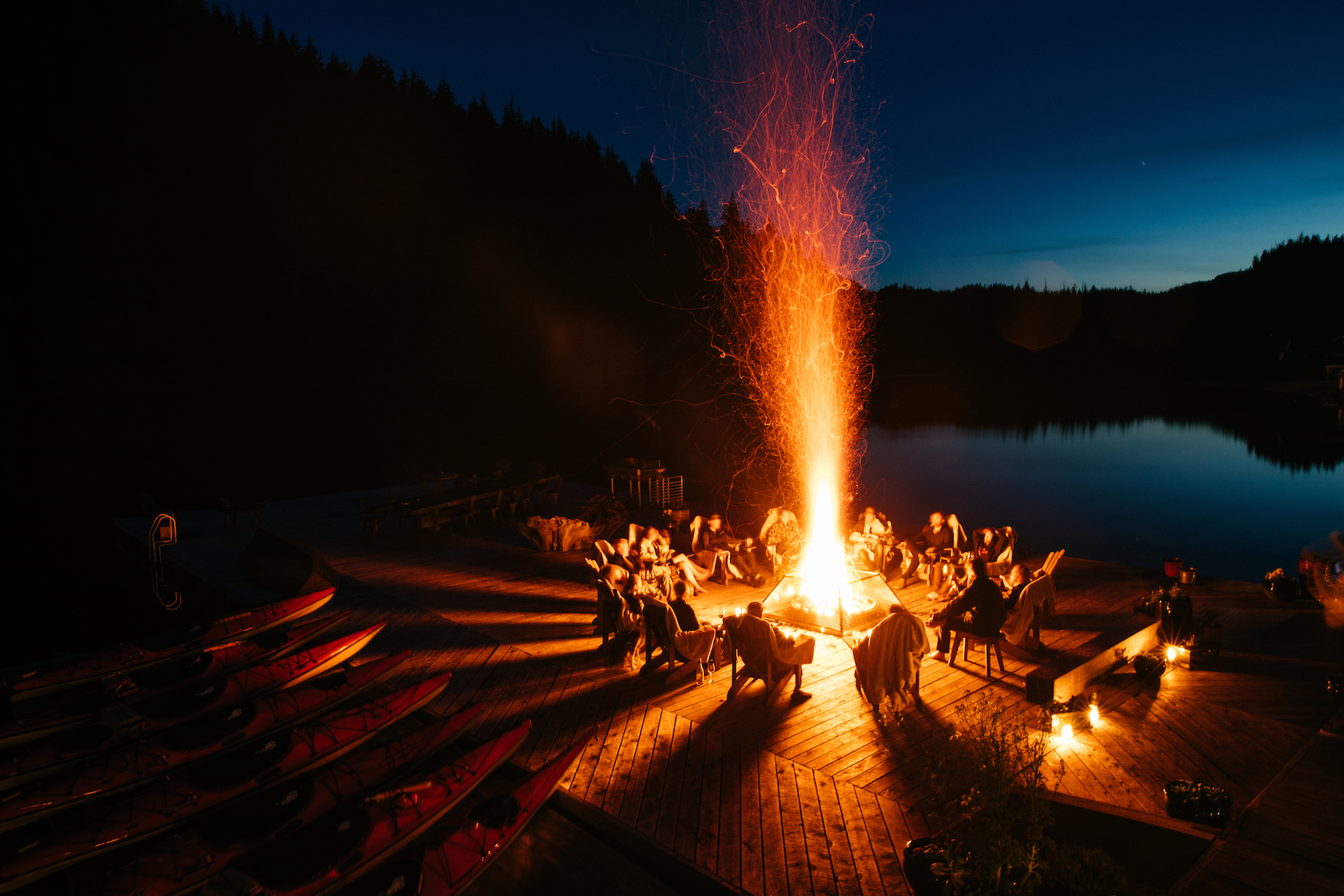 The couple are a perfect balance. The story of Nimmo Bay is one of evolution. Fraser has his eyes intensely focused on the horizon, and his ideas and creativity flow through him at breakneck speed. Becky is a detail-oriented complement to his energy and is able to pluck his ideas from their trajectory and make them a reality. The result is a series of wilderness vignettes that provoke thought and healing.

The sauna dock in a secret cove around the bend from the resort was his brainchild, and his talent for visualizing moments has created a well-designed spa in tune with the Pacific Northwest. Out there, I’m pampered and peaceful. A salt scrub in the sunshine is only enhanced by jumping in the ocean to wash it off. The salt sloughing off the body takes the stress with it. And looking out the sauna window, breathing deeply comes naturally.

“I searched the world for this gem and it’s here,” Fraser says with candour over dinner. He doesn’t know how right he is. 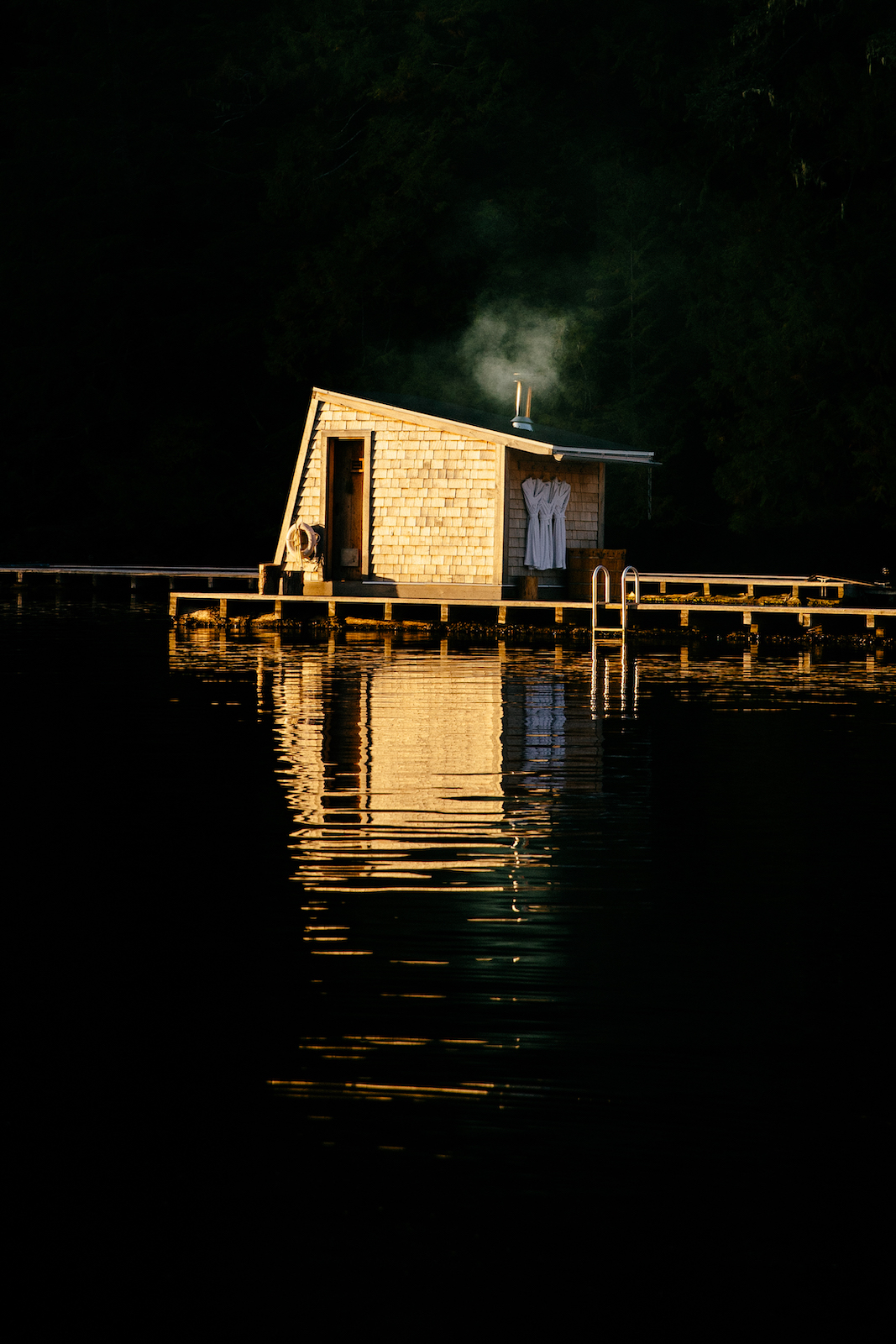 “I hope I don’t get stuck here,” says team coordinator Dominic Goissan before unceremoniously wedging himself under a fallen tree. The rest of the team talk about Dom with reverence; his history with Nimmo Bay goes back to its origins in the 1980s. He has a table and backpack strapped to him as we scale rocks and tree trunks alongside creeks and waterfalls. Beside the waterfall’s crest, he sets up the table with a tablecloth, champagne, flowers, and glasses for the guests. When he’s satisfied with the arrangements, we move on to hike back down the other side.

It’s only one example of the intimate moments that Nimmo sculpts into the wilderness. The yin and gin experience, a new addition to the wellness menu, harmoniously connects two opposing forms of relaxation. Bodywork therapist and yoga instructor Bianca Lorage conducts a serene Yin yoga session on a raised platform canopied by trees and overlooking the water, while Kyle Gartlan-Close, the consummate front-of-house professional and sommelier, mixes a flight of local gin cocktails. In the evening, guests can have dinner in the same spot with a private server and enjoy the gentle lapping of the water against the shore. If they’re lucky, a porpoise or sea lion will make an appearance. The interface between the services and the environment are constant. 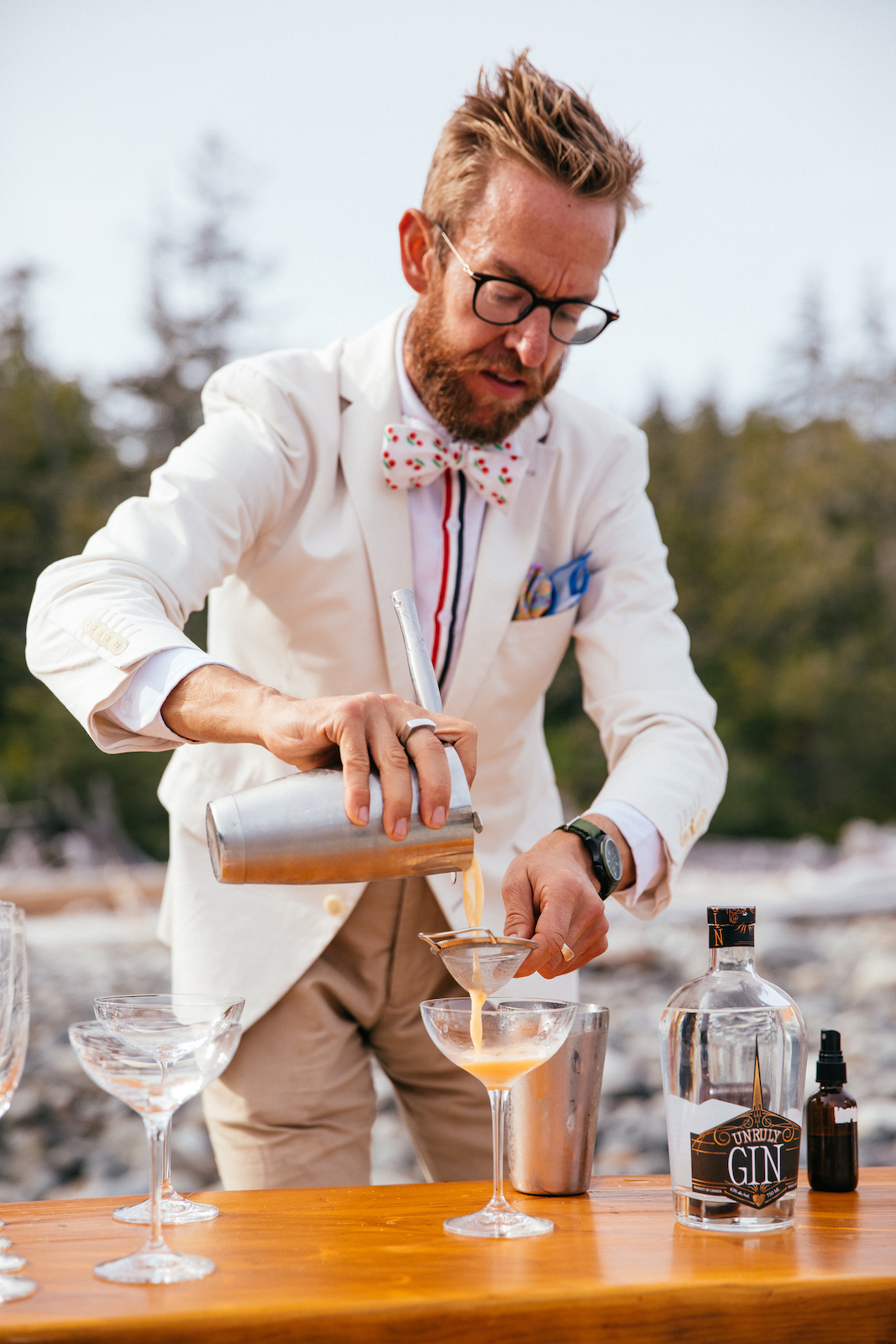 On a day at sea with private guide Michael Terrell, we leave the sheltered bay, and the water transitions from sea glass to a window beneath us. I can see the layers of rock that turn from sun-bleached white to algae green to rust-reddish brown. I stare at the ocean’s surface intently, searching for something, anything in the water. Some people just want to see bears or whales, and it makes their trip, Terrell says. It takes awhile, but finally we spot a spout in the distance, followed by the grey mound of a humpback. We follow it in the water with binoculars before he flips us his tail, goodbye. 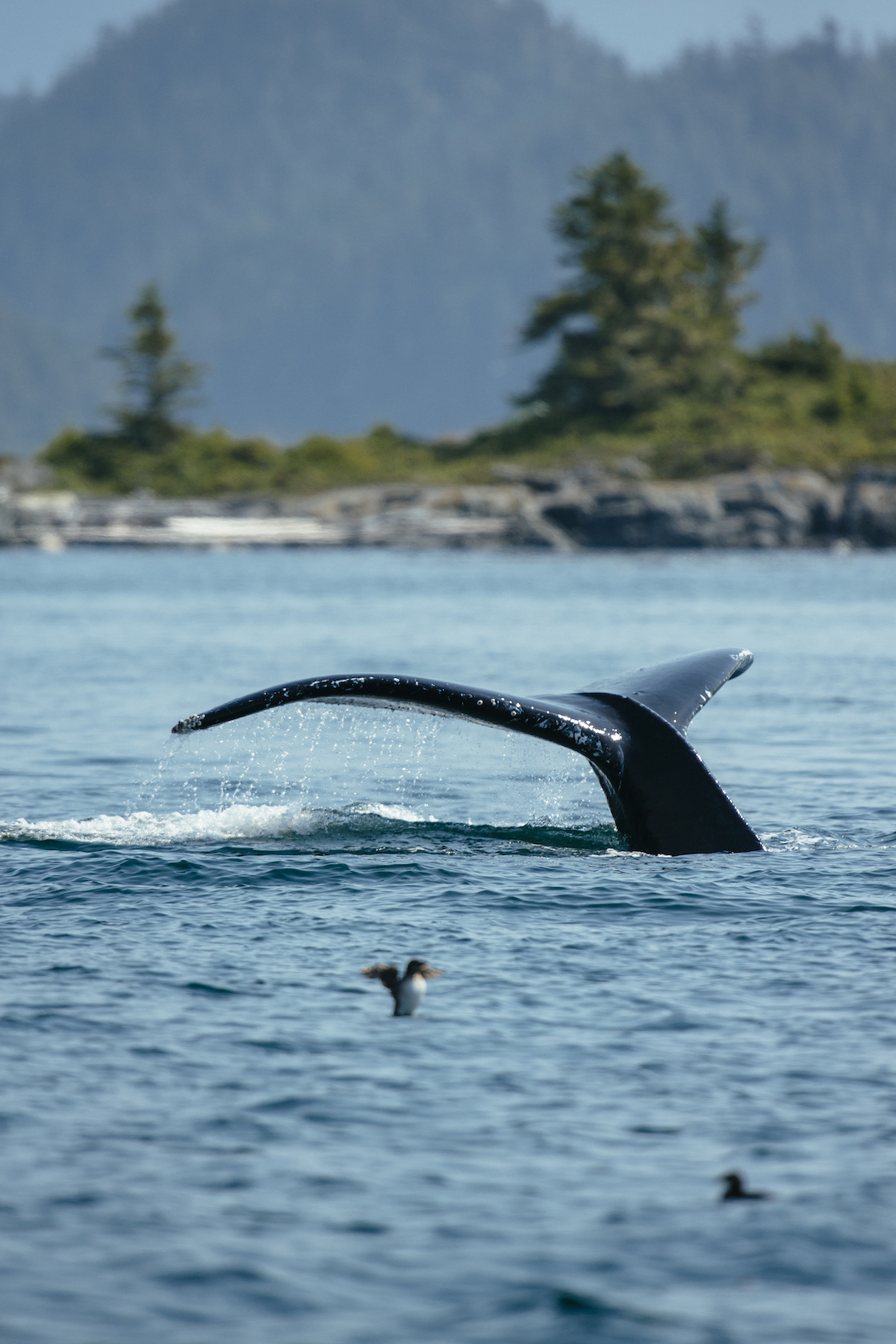 At the end of each day, I am in the converted-barrel hot tub overlooking the waterfall that started it all. I look forward to tomorrow. The place is lulling me into a sense of security that is hard earned during times like this. As much as I try, I can’t put my finger on what it is about the air that allows me to let go of the outside world and sink deeper into the warm water.

We take off in a helicopter to explore the Mount Benedict glacier. Samantha Parkinson of the operations team tells me, “people may not even realize it, but they arrive with an intention and leave having healed something.” That’s what she has watched happen to people she loves visiting Nimmo Bay, and as we hover above the pristine snow-capped mountains, I take a deep breath, let go of the fear of being alone, and give myself over to being there. The healing has begun. 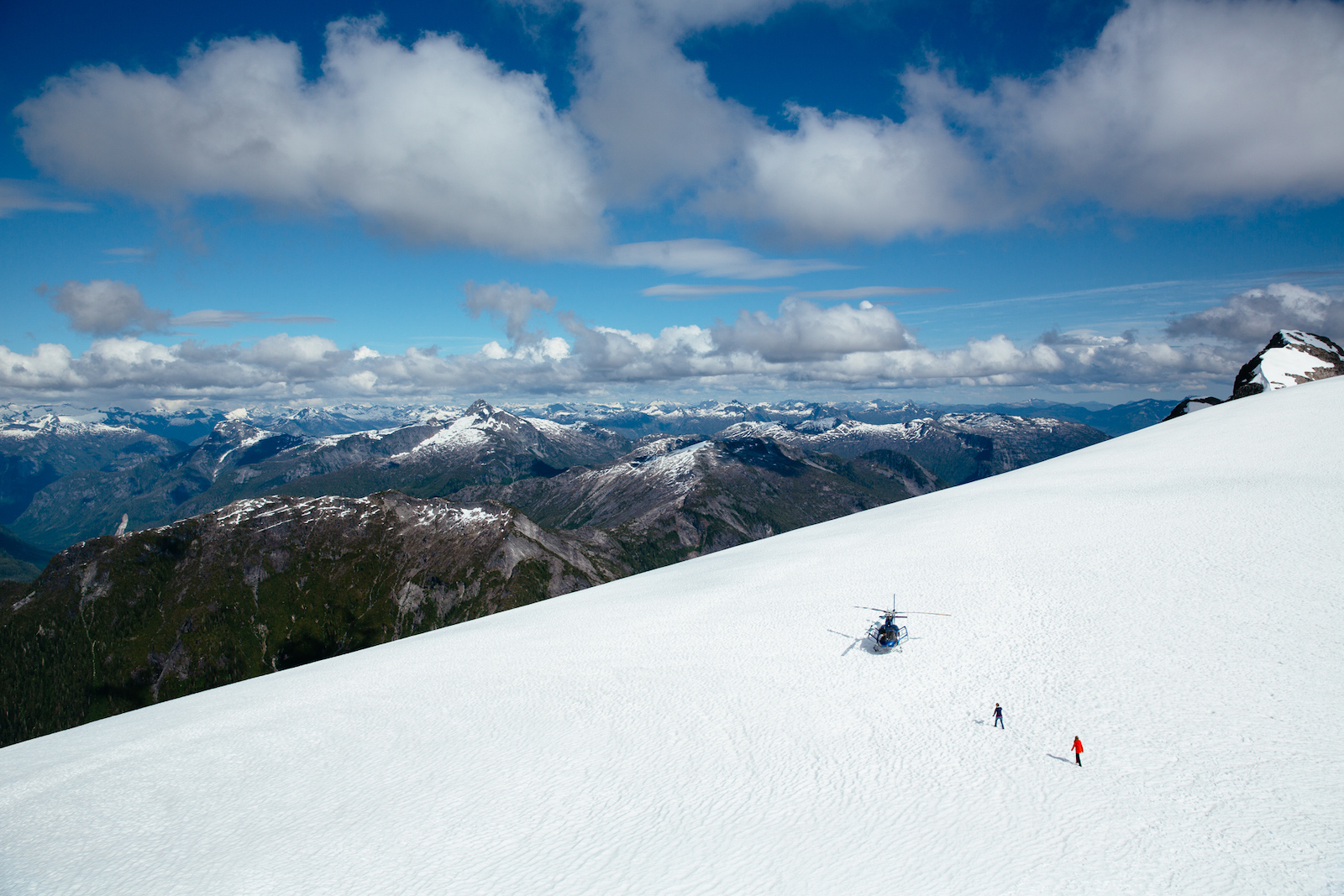 A Visitor’s Guide to Castelli Romani