Nestled in London’s Knightsbridge district, the Berkeley has been a landmark fixture since the turn of the century. Though the current building was only built in the 1970s, the Berkeley has existed in some form since the eighteenth century (when it originally was a coffee house). The context of the hotel’s location, mere steps from Hyde Park, makes staying here a classic British experience. (With Harrods and Harvey Nichols in close proximity, the British quotient is amplified.)

There is an intimate quality to the Berkeley. It may not be the grandest (214 rooms inclusive of 65 suites) or the hippest hotel, but for many people, it’s the best. Staying at the Berkeley, one of the three hotels of the Maybourne Hotel Group, is like having a second home. No wonder all sorts of people just opt to move in: Lawrence of Arabia director David Lean lived here, as did former “it-girl” English socialite Tara Palmer-Tomkinson, and Kate Moss has been known to stay for a while. 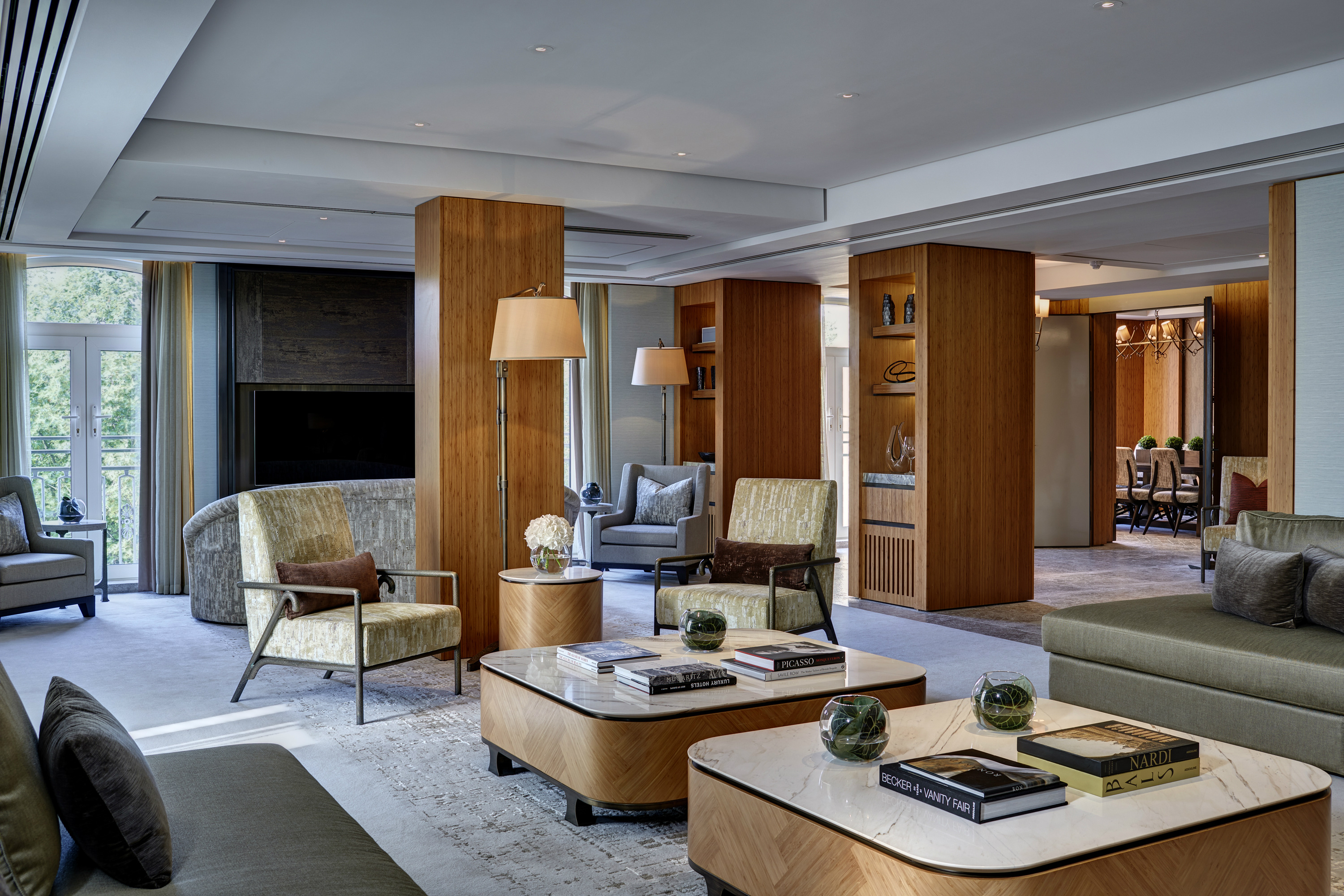 The living room of the Opus Suite at the Berkeley.

Unassuming from the exterior, the Berkeley is well-to-do inside. The lobby, where flower arrangements are art installations, is intimate, and the rooms and suites are tailored for those of an effortlessly elegant aesthetic. The Opus Suite at the Berkeley is the oeuvre of Hong Kong–based interior architect André Fu. The 3,250-square-foot two-bedroom suite is one of the largest in London. This is Fu’s first major European project and no expense was spared: walls are lined in bamboo and woods are in rich light browns and golds; details, such as chandeliers, door handles and wall corners, are hewn from hand-polished brass. The two-bedroom suite is impressive, including separate his and hers dressing areas, and the attention to detail is remarkable but never feels showy. The dining room is furnished with a bespoke extendable table seating 10, and Poggenpohl kitchen in which the Berkeley’s chefs Marcus Wareing or Pierre Koffmann can be booked to cook dinner in-suite.

Chef Wareing’s two-Michelin-star restaurant Marcus delivers a menu that is splendidly simple. The fennel bread is an ace; a starter of foie gras, blueberry, and cobnut (hazelnut) is a brilliant harmony; and Anjou pigeon is done two ways: legs bread-crumbed and fried and the breasts roasted, served with wine-and-offal sauce. Marcus at the Berkeley is chef Wareing’s flagship—one of only 11 holders of multiple Michelin stars in the city. 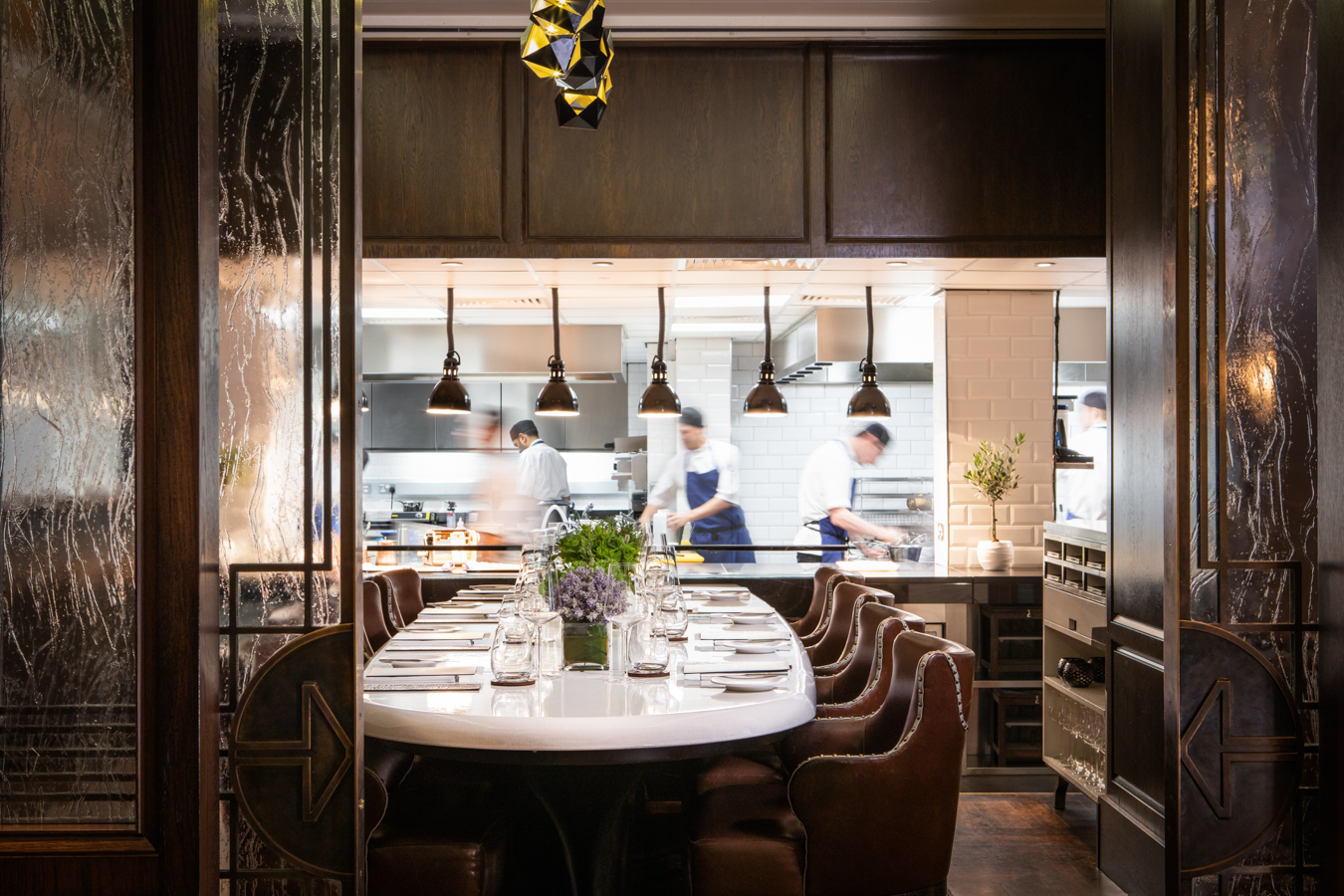 The Blue Bar is a popular hangout and a seasonally-inspired menu of French brasserie favourites is served at Koffmann’s, the hotel’s informal eatery. The Berkeley’s interpretation of the afternoon tea ritual is Prêt-à-Portea, a fashionable twist on the centuries-old English tradition. The hotel’s pastry chefs (known to attend London Fashion Week shows) create sweet treats taken from each season’s collections. Prêt-à-Portea has featured fashion staples from the Burberry trench to Christian Louboutin heels and in celebration of the Victoria and Albert Museum’s Alexander McQueen: Savage Beauty exhibition, the Berkeley pastry chefs have created an edible of the beloved Philip Treacy Butterfly hat for Alexander McQueen: a dark chocolate mousse set on a sablé breton glazed with a chocolate miroir and delicate red sugar butterflies. 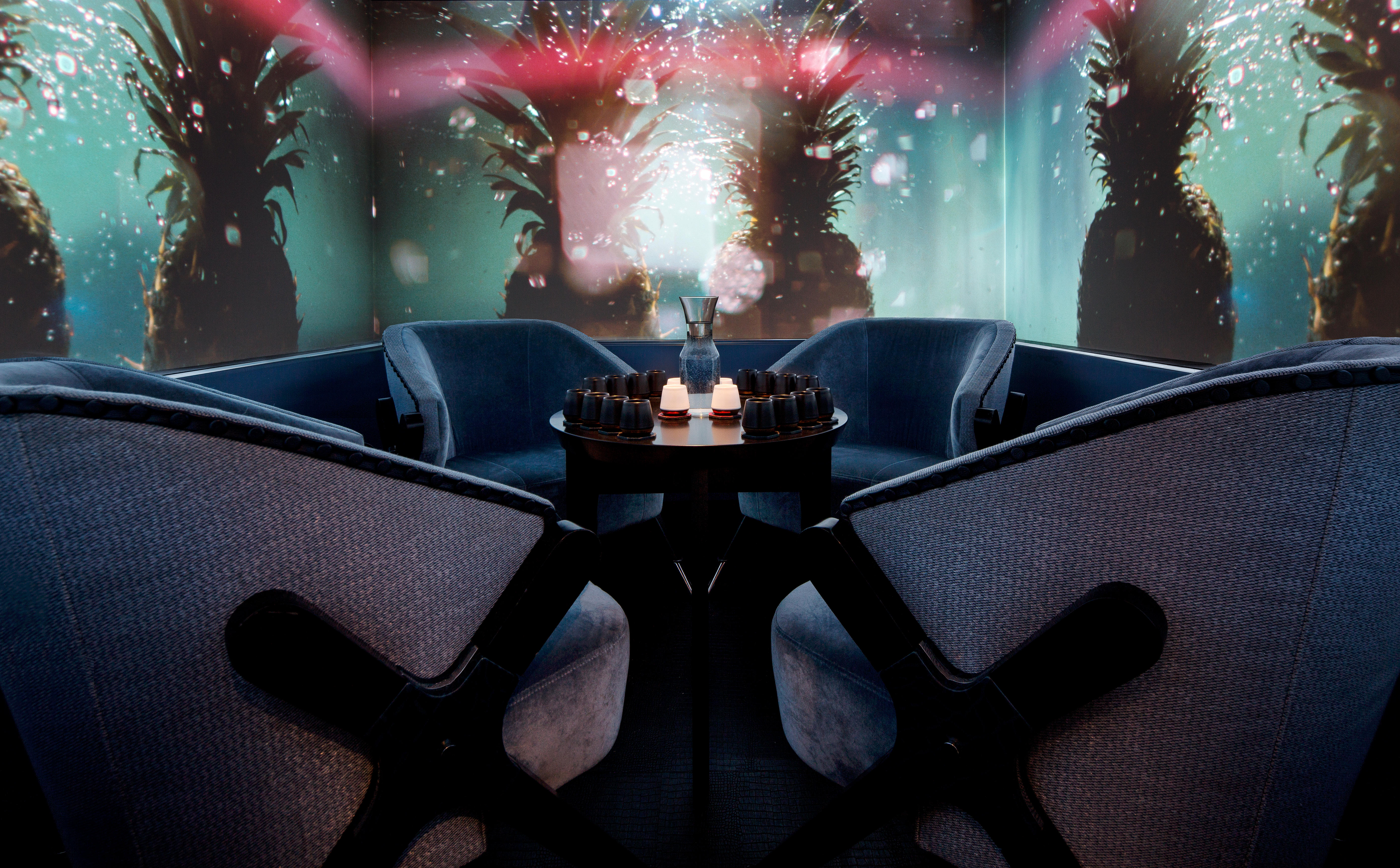 Out of the blue, a sensory cocktail experience and the newest addition to The Blue Bar at the Berkeley.

The Bamford Haybarn Spa at the Berkeley has brought the tranquil British countryside to the city. Carole Bamford, founder of organic food company Daylesford, whose farm and shop is in the Cotswolds, has taken the concept of her Haybarn Spa and merged it with the Berkeley’s Health Club and rooftop pool (a colonnaded space with a retractable roof that is opened up in fair weather) and garden. 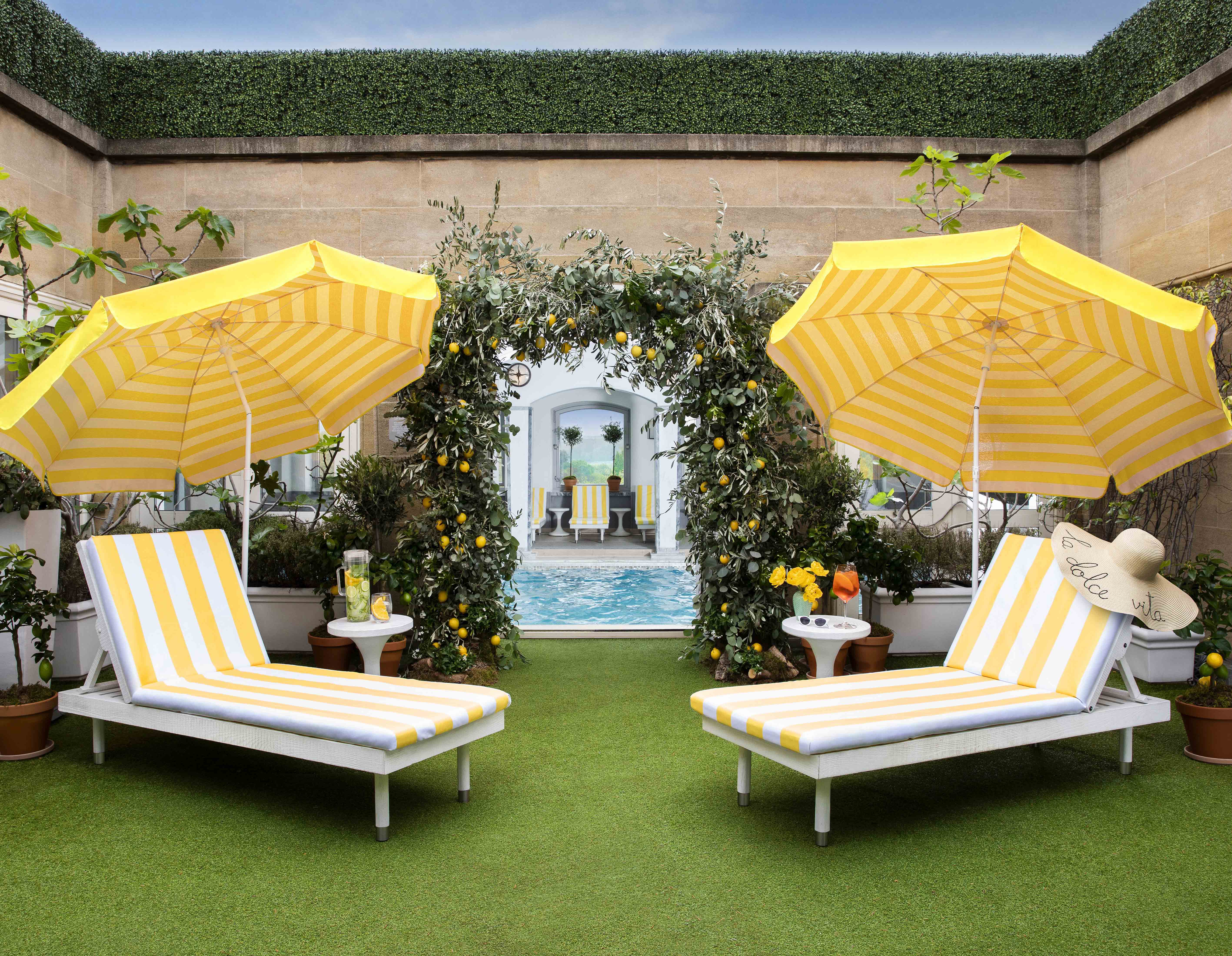 The Berkeley Health Club & Spa’s rooftop pool has been transformed into a la dolce vita lemon tree oasis for the summer months.

It is accepted wisdom among discerning travellers that London is its own world. The capital’s significance to Britain, Europe, and the world extends beyond its political and financial roles. The concentration of culture, fashion, luxury, art, and experience await on the doorstep of the Berkeley.