A mere half hour from the bustling Spanish city of Valladolid, Abadia Retuerta LeDomaine offers a heavenly escape into indulgence in the updated, monastically serene surroundings of a former abbey. Located on the edge of Ribera Del Duero country, arguably Spain’s most impressive wine appellation, this 12th-century abbey enjoyed its luxurious rebirth a mere six years ago, and now encompasses a 30-room boutique hotel, Michelin-starred restaurant, and some of the finest wines north of Madrid. 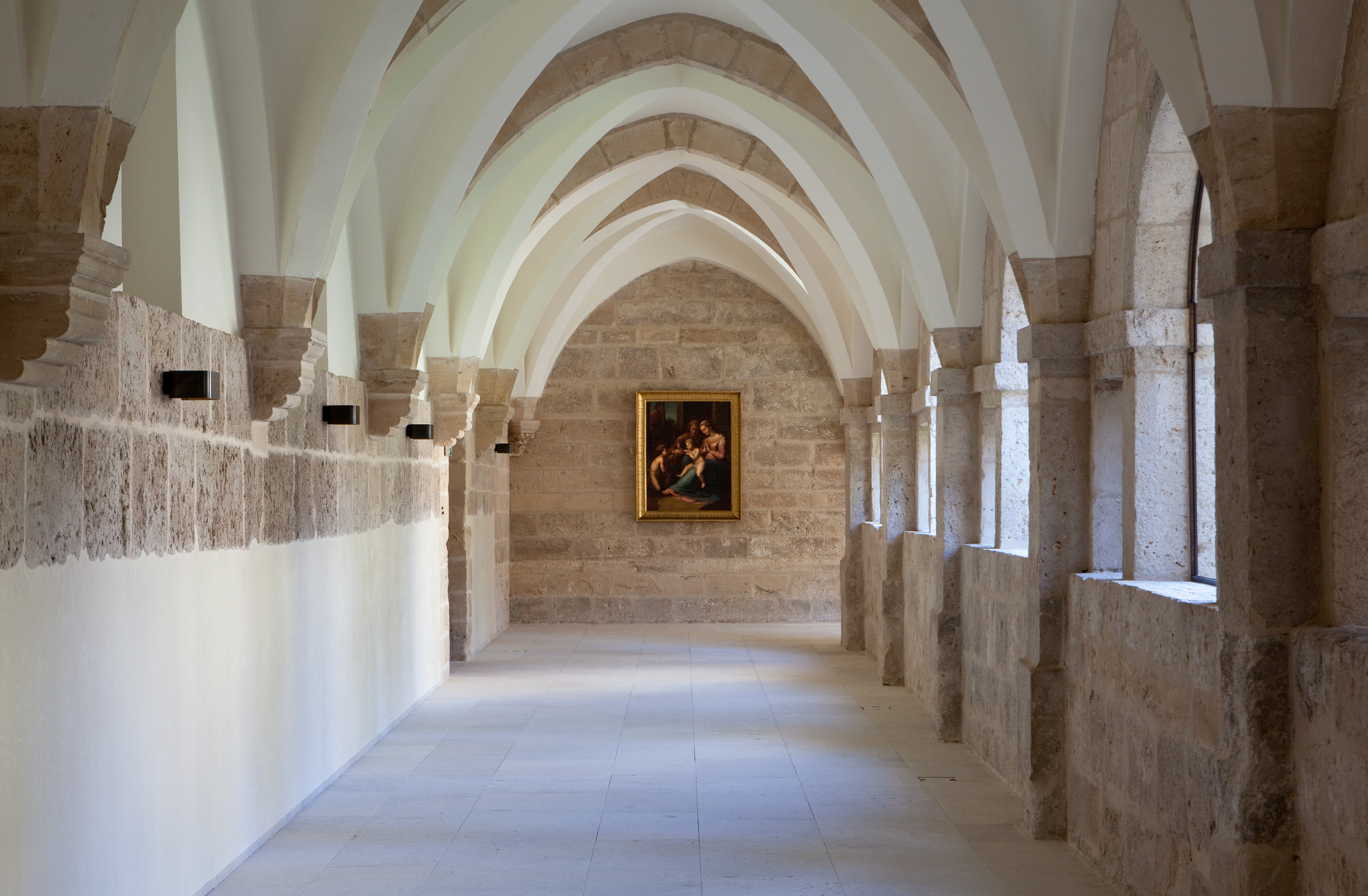 From the moment the car’s wheels crunch across the tree-lined gravel driveway, there is an almost palpable sense of reverence. The abbey proudly fills the horizon, its pale limestone walls reflecting the harsh Spanish sun with sunglass-grabbing gusto. Fortunately, the serene lobby offers an immediate respite in the form of a cool interior and cooler welcome drink. 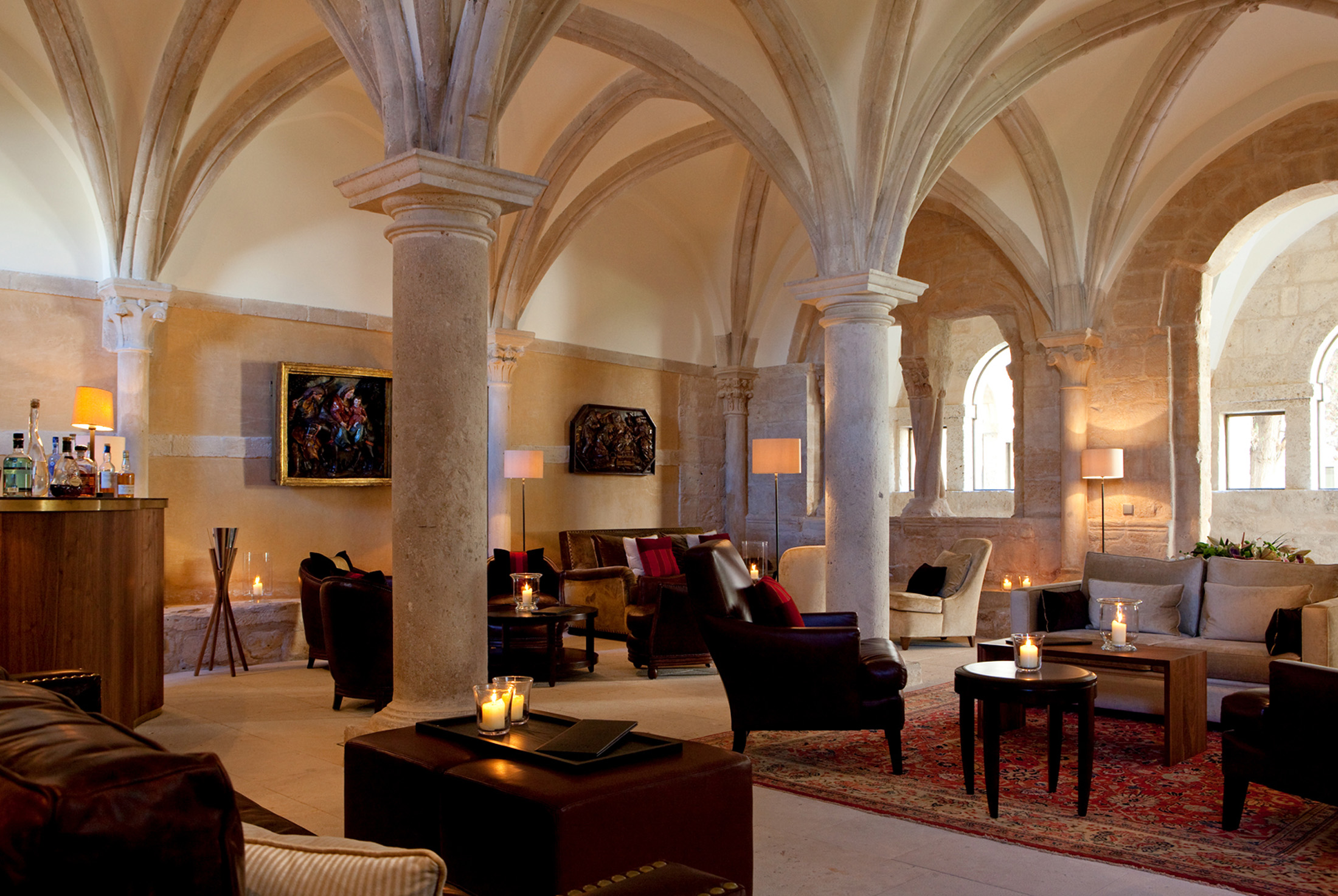 Abadia Retuerta is a unique vineyard in that it isn’t surrounded simply by vines—it is proudly surrounded by nature. From the thousands of pines that have been planted in nearby forests, to the bee hives scattered across the abbey’s 1,500 acres, distilling the essence of the surrounding landscape into their remarkable wines is of paramount importance. So much so, in fact, that Abadia Retuerta eschewed planting vines which would grant them convenient official denominación de origen status, insisting that the wine would speak for itself. 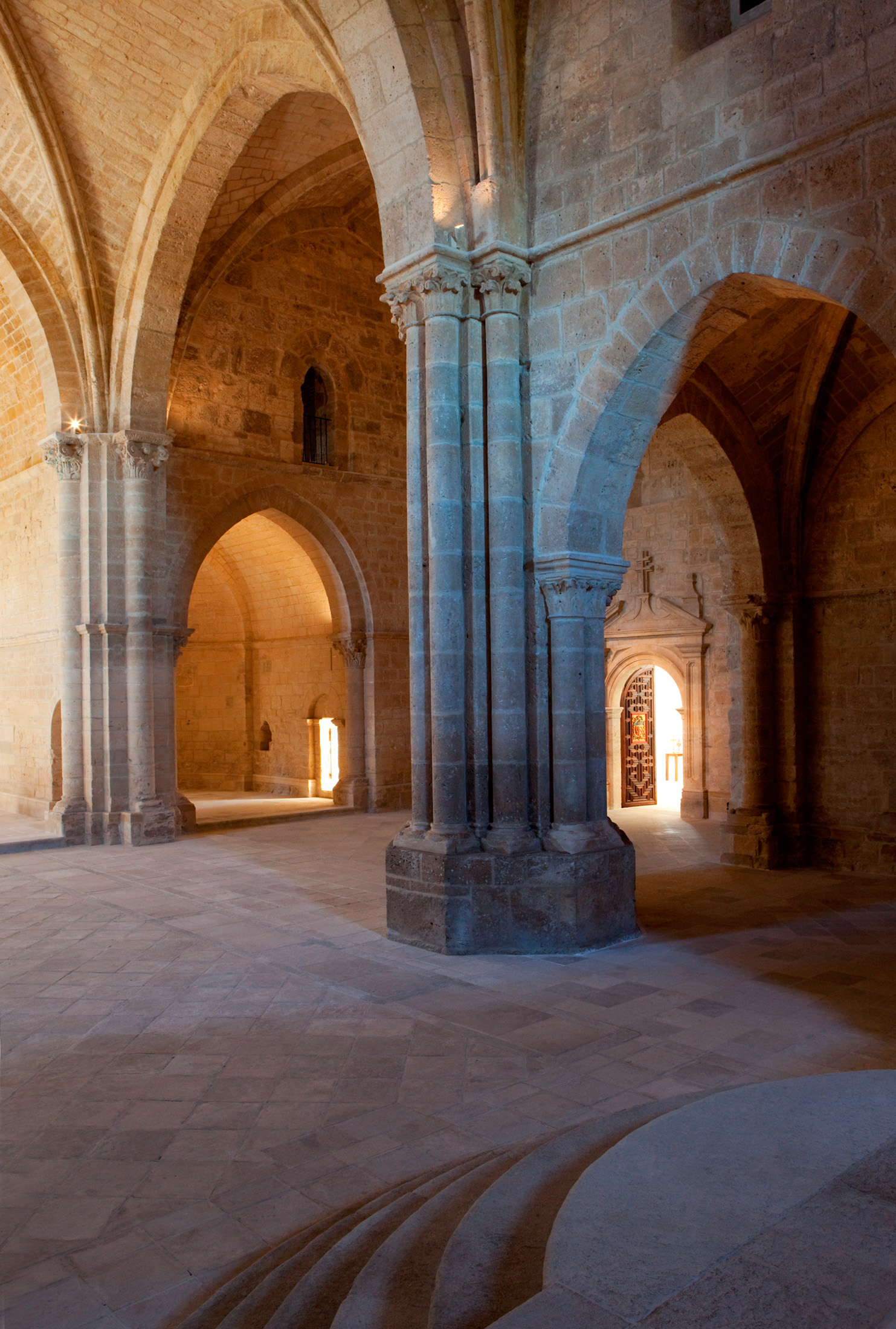 And it did, resulting in the eventual award of their very own appellation, the Pago Abadia Retuerta, mere feet from the boundary of official Ribera Del Duero country. Don’t miss the Pago Garduña syrah or the refreshingly different Blanco de Guarda, an unusual blend of sauvignon blanc and verdejo.

The importance of distilling the essence of the surrounding landscape into their remarkable wines is of paramount importance.

In yet another example of the team at Abadia Retuerta’s deference to their surroundings, there are no pumps involved in any of the winery’s processes. The flow of juice and eventually wine is all controlled entirely by gravity. Regardless of the scientific impact of this reduced mechanization on their wines, the bottled end-product is undoubtedly one of the Spain’s most admired wines. 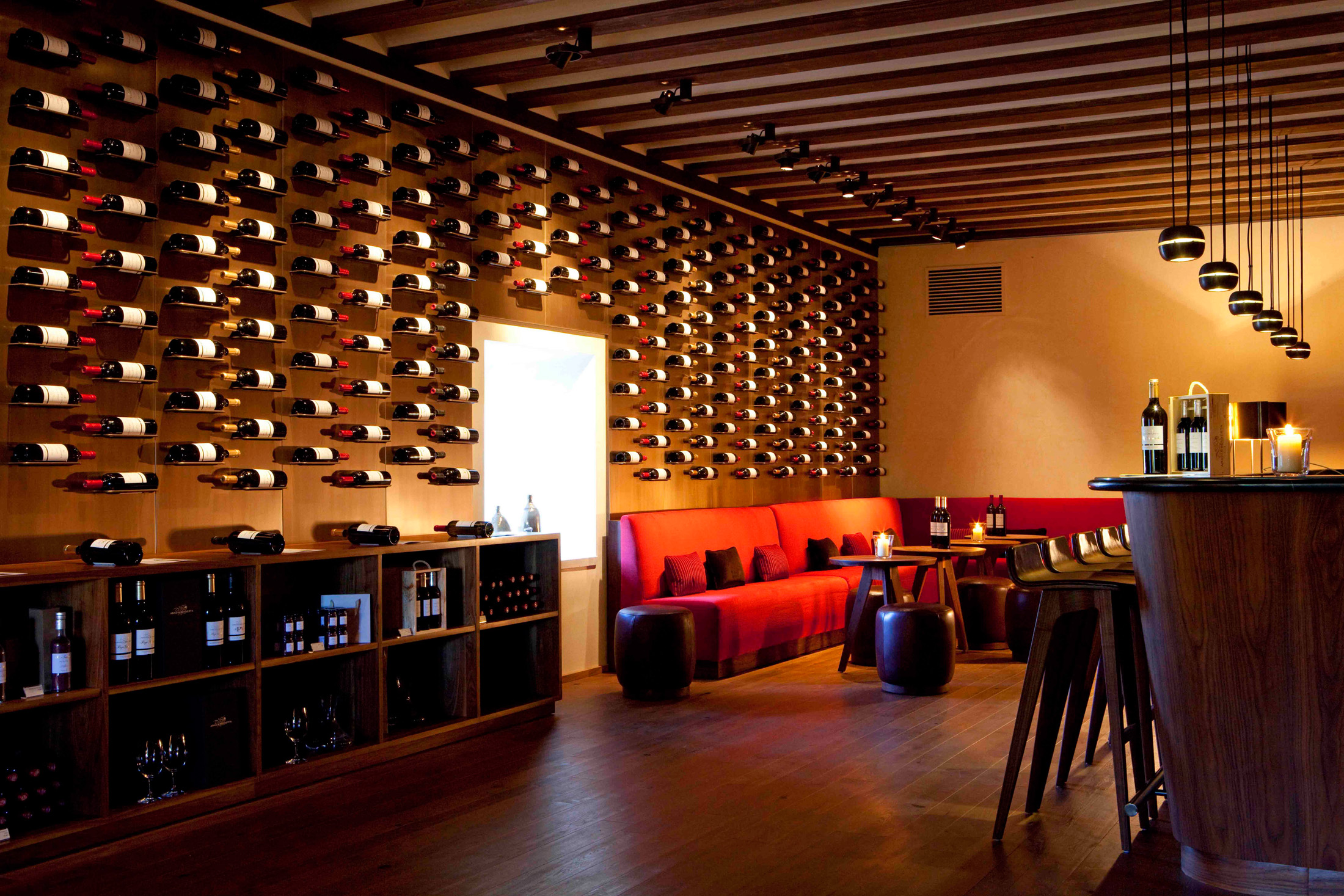 While day trippers can access the many wines on offer at the bodega across the road from the abbey, it must be said that to truly experience the harmonious marriage of the land’s bounties, it’s suggested you sit down, break bread, and absorb the surroundings at one of the two restaurants. Lunch is served at the Vinoteca, while dinners are held at the Refrectorio Restaurant, the erstwhile dining room of the long-departed monks, complete with original frescoes and windows high up on the walls (to stifle any attempts at external distractions). It’s an unnecessary precaution in this day and age as all of the interest is within the dining room’s thick walls, thanks in large part to Michelin-starred Marc Segarra’s exemplary take on local cuisine. 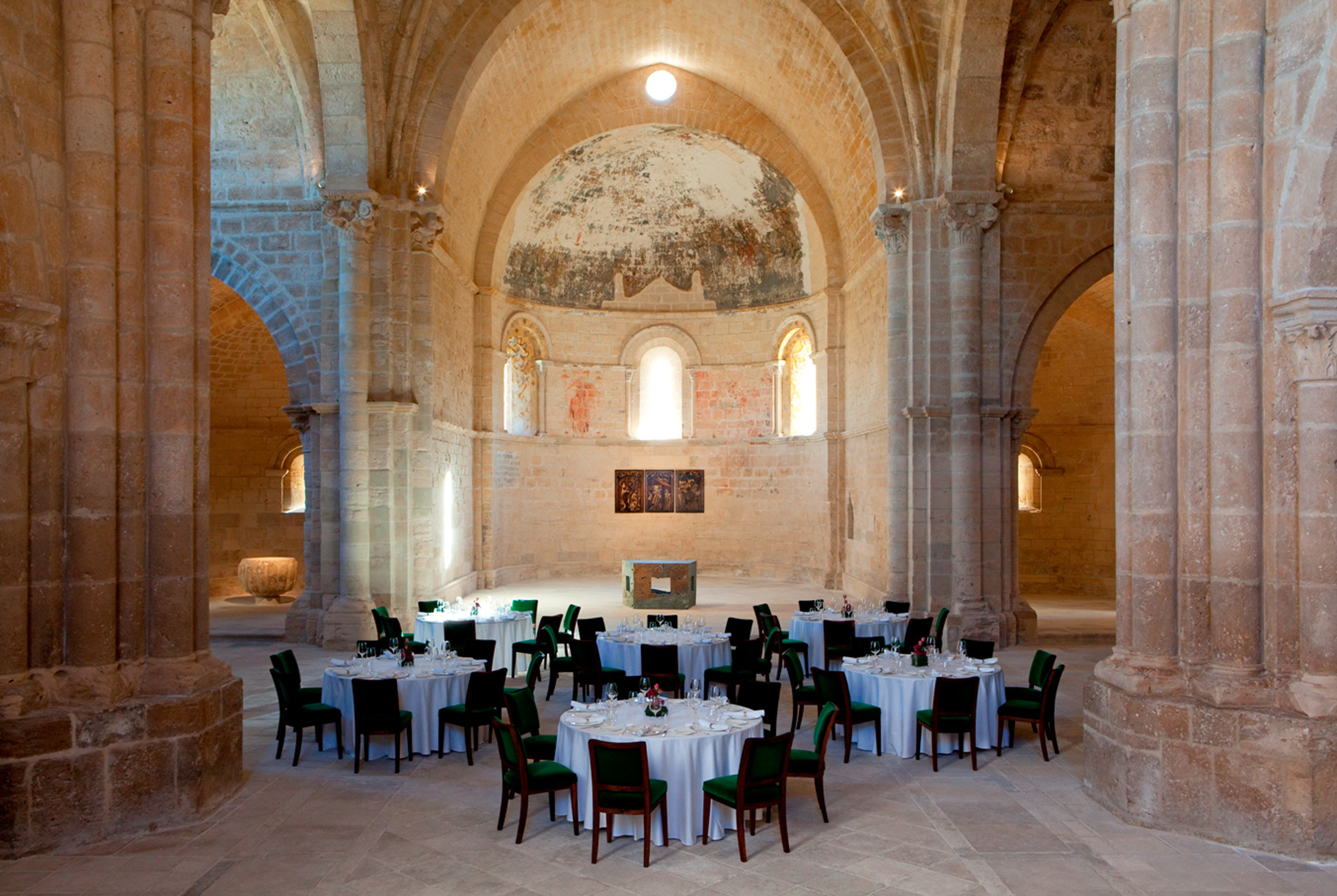 Should you go, try the Iberico ham “pastrami” served with pickled piparra peppers, mushrooms, and hazelnuts—a standout for the prized pork’s nutty flavor. There’s also a refreshing take on gazpacho, this time made with fuchsia-hued beets, dotted with smoked sardines and salted walnuts that’s outstanding, as well as local hake en papillote with Spanish olive oil and garden-fresh vegetables. All are served with understated near-perfection, the waiters navigating the high-wire between professional and stuffy without a hitch. 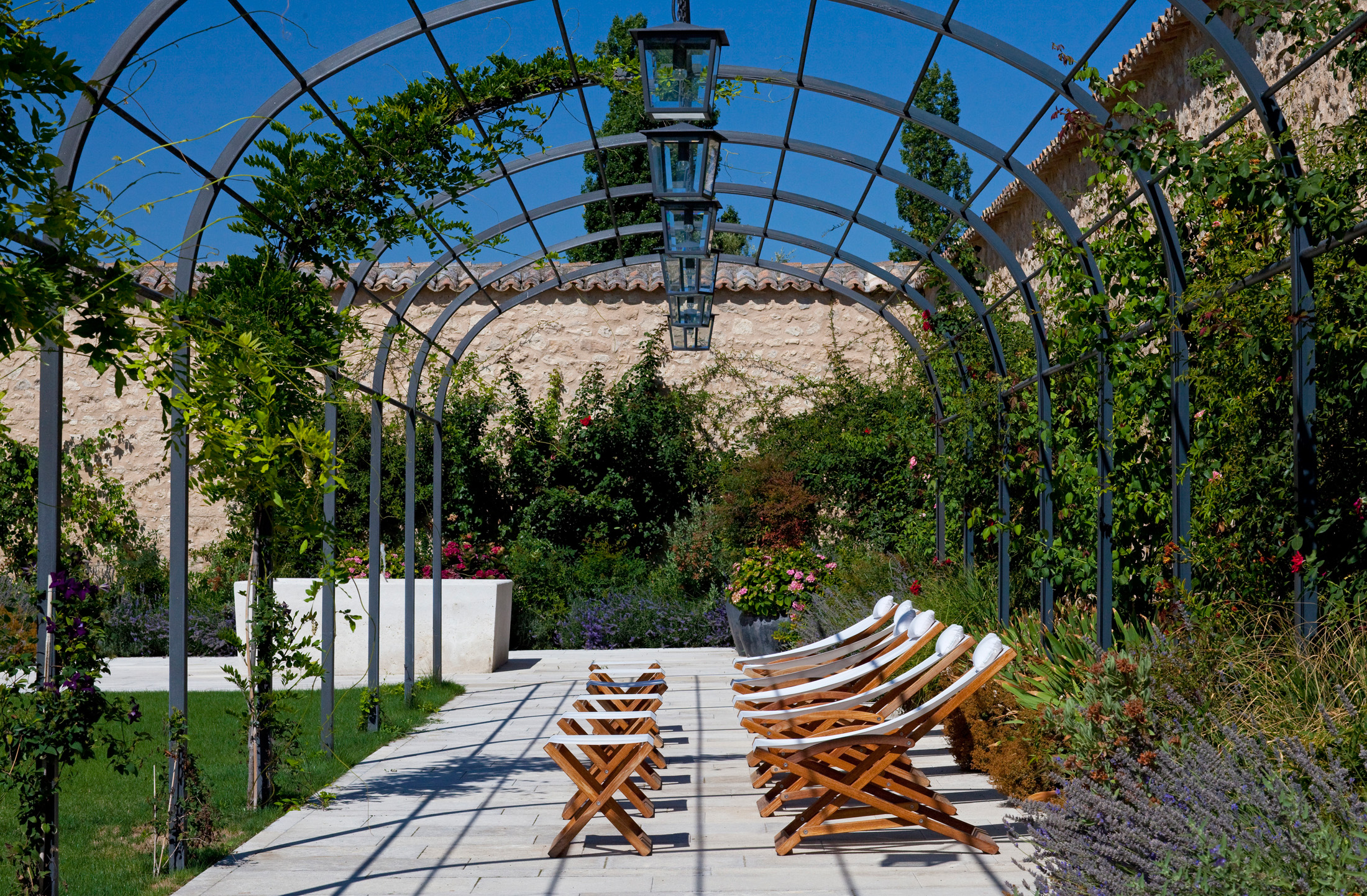 Hotel guests can also make full use of the swimming pool, where the poolside service is once again elegantly understated and includes Evian misters to counteract the Spanish sun. Santuario, the Spanish word for sanctuary, is the aptly-named on-site spa. It draws mineral water from 120 metres below its surface and utilizes it in all of its treatments. It also includes the quite unique concept of a spa sommelier, who tailors a spa experience based on each guest’s palate and aroma preferences, using viniferous products to boost the experience. The smelling of essential oils as well as a wine tasting is, of course, a necessary evil as part of the process. When in Rome, or rather, Spain. 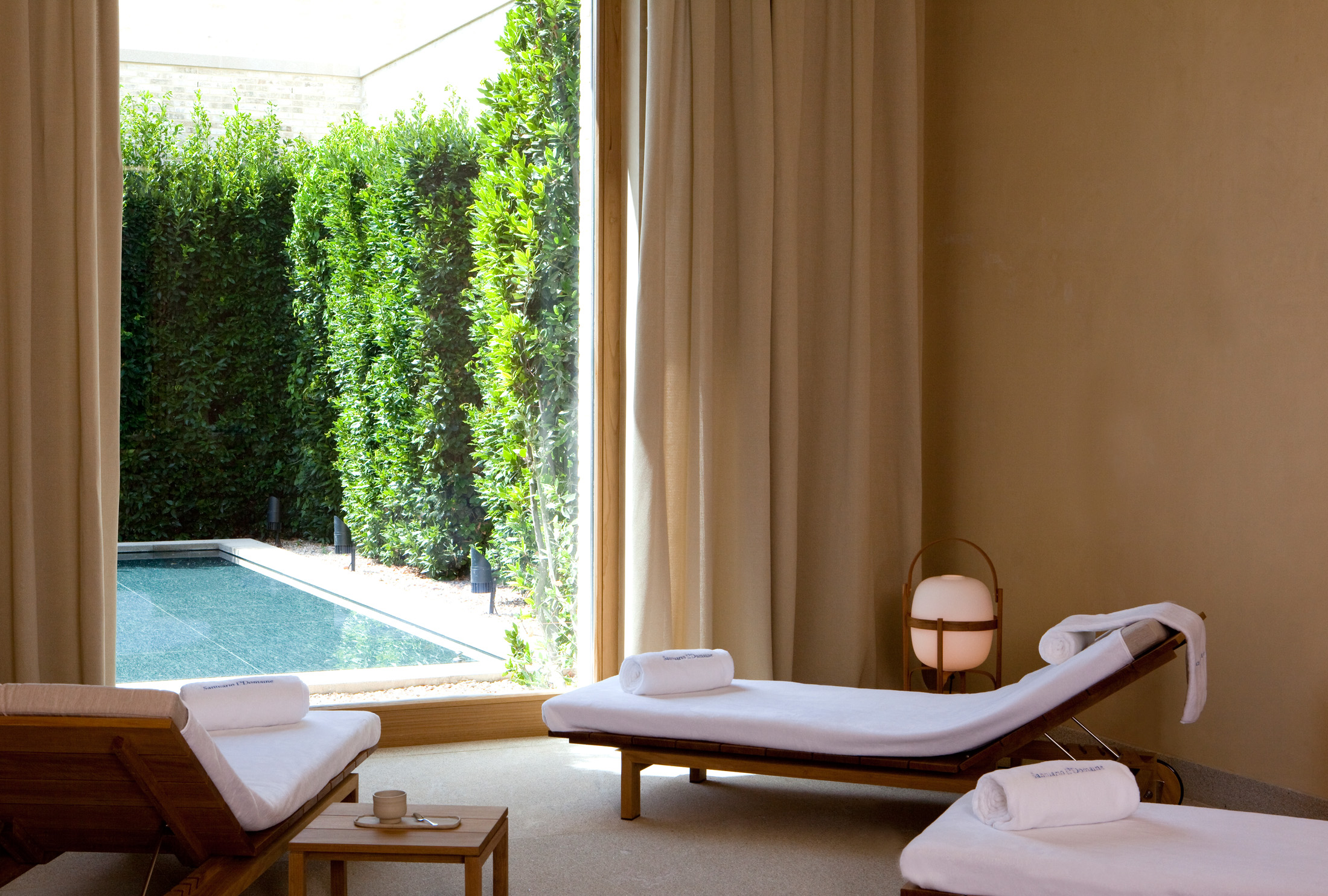 The Crémant Sparkling Wines of France