Composed of 13 townships scattered along the Alban Hills to the southeast of Rome, the Castelli Romani have played many roles throughout the centuries. In ancient times, they acted as nurturer, supplying nearby Rome with the agricultural goods to keep it fed and fueled. During the Middle Ages, the region was a defender, housing fortifications to deter enemies. Later, the Castelli Romani became a popular stop on the Grand Tour, and served as muse to Romantic painters like Jean-Baptiste-Camille Corot and J.M.W. Turner. It was here that Goethe declared that he’d stumbled upon “paradise”, and where Henry James drew inspiration for his travel essays Italian Hours. Today, Roman locals flock to the Castelli (a mere hour away from the city) on the weekends for a restorative dose of the countryside—not to mention some of Lazio’s most coveted food and wine. And despite its proximity to the Eternal City, these hillside towns remain relatively un-touristed, still firmly the land of the laziali. 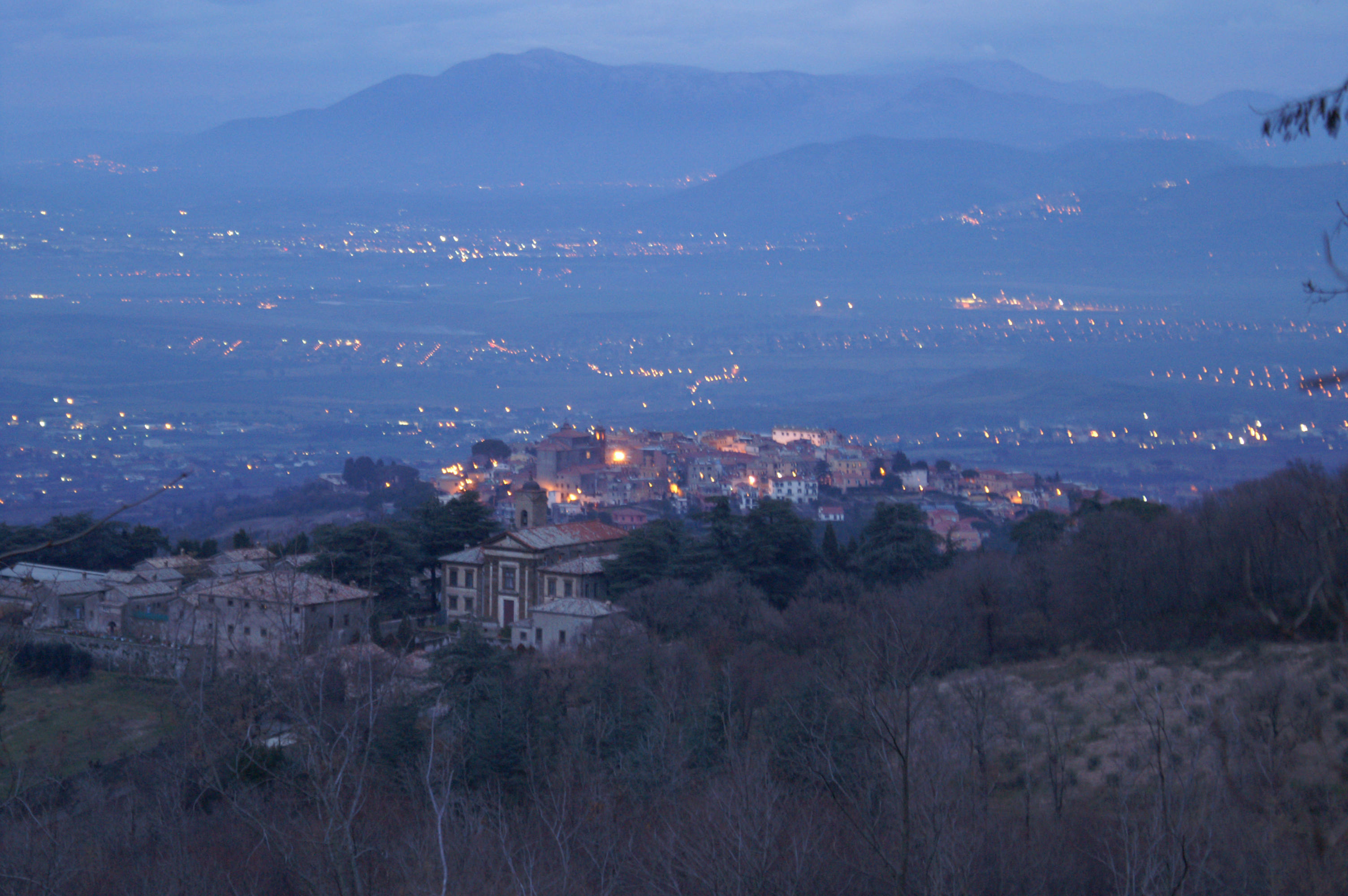 In honor of Italy’s impending autumn vendemmia, or grape harvest, oenophiles should make a pilgrimage to Frascati. Nicknamed the “Città del Vino” for its crisp, light-bodied whites, the town’s eponymous wines are experiencing a recent revival after overproduction left its reputation flagging. Malvasia and Trebbiano grapes give the wine its intense, fruity nose, which pairs beautifully with lamb and Roman classic carbonara. Casale Marchese, Conte Zandotti, and Tenuta di Pietra Porzia are a handful of the region’s top vineyards. Frascati also boasts splendid villas, notably Villa Aldobrandini, which looms over the central square, Piazza Marconi.

The traditional summer residence of the pope, Castel Gandolfo made headlines in 2013 when Pope Benedict XVI officially retired here after handing off the baton to his successor, Francis. Besides its holy pedigree, the neighboring Lake Albano has transformed the town into a hub for canoeing, kayaking, and other water activities. On the last Sunday of the month, an antiques fair, Mercatino Profumo di Antico, hawks second-hand and handcrafted goods. 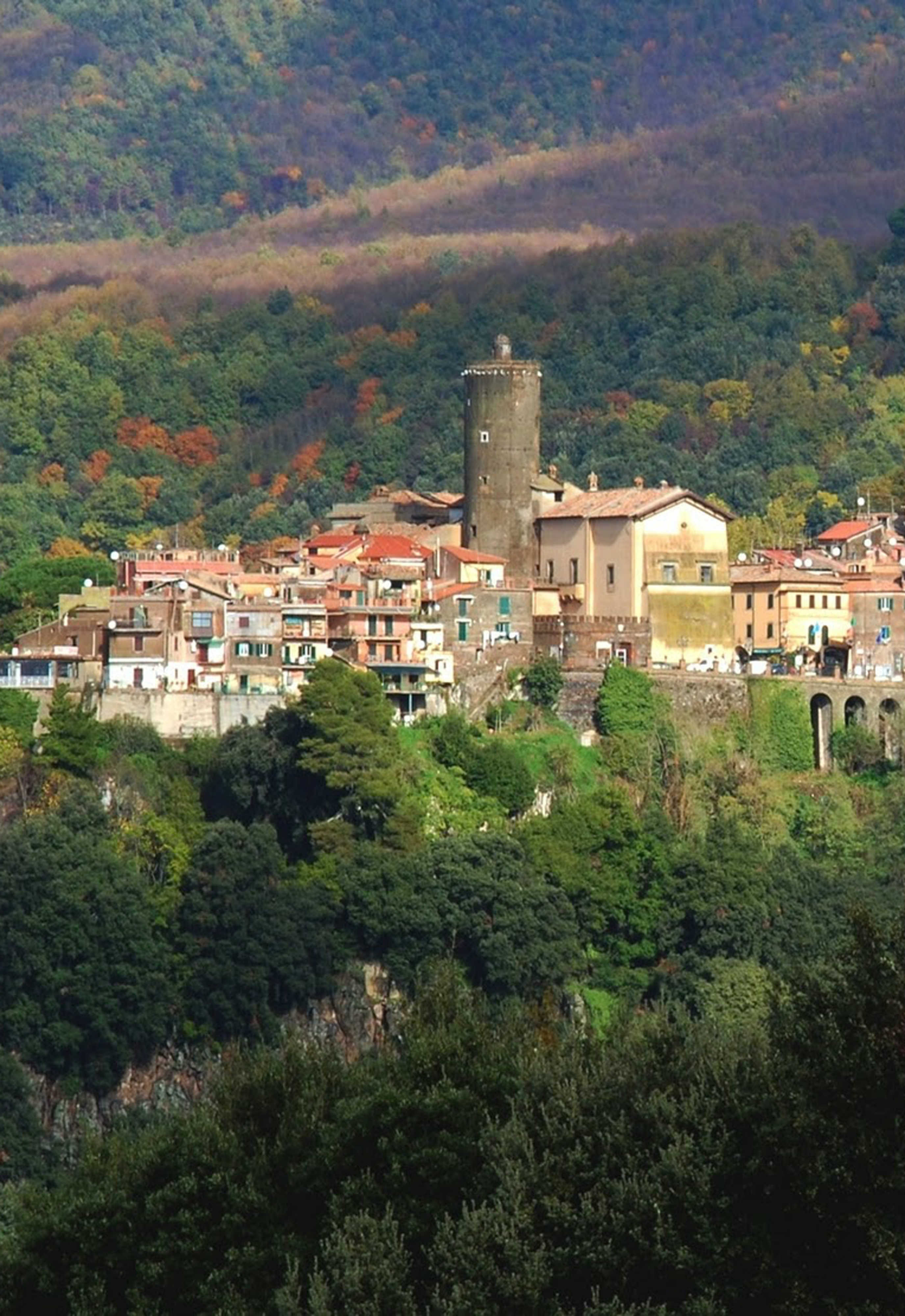 Shaded by lush woods, Nemi rests along the border of a volcanic crater lake bearing the same name. Besides being home to the Museo delle Navi Romane, which holds the remains of two of Emperor Caligula’s ships, Nemi is a dreamy destination for a peaceful lakeside lunch. Restaurant L’Incantesimo del Lago offers food with a view: think top-notch laziale fare with the water sprawled below. The town’s fragoline, or baby strawberries, come into season in the springtime, celebrated by an annual festival called a sagra.

The Baroque town of Ariccia, meanwhile, is synonymous with its fraschette, rustic taverns that treat diners to veritable feasts of cheeses, olives, and Roman dishes. A must-try is bucatini all’amatriciana, thick spaghetti-esque pasta dressed lovingly in a sauce of tomato, sauteed guanciale (pork jowl), and pecorino cheese. But the whole point of traveling to Ariccia is for its porchetta, deboned pork seasoned with salt, pepper, and rosemary, then roasted in a wood-burning oven for roughly six hours until the meat is juicy and aromatic. Fraschetteria Bianchi and L’Aricciarola are two tried-and-true fraschette with porchetta gracing the menu, and Porchetta Diana Aricina has perfected the art of the porchetta sandwich. Make sure you’re sitting while you eat it—it’s just that good.

Prince Harry and Nacho Figueras Team Up for Sentebale with the St. Regis Rome

In Conversation with Guido Fiorentino: Fifth-Generation Hotelier of the Grand Hotel Excelsior Vittoria