With various self-driving automobiles landing on our driveways, we’ve almost arrived at the realities posed by sci-fi tropes in shows like Knight Rider and Batman. These things take time, and while cars aren’t totally autonomous, the latest trick is that they can do almost everything on the road without a driver’s hands on the wheel or feet on the pedals. Most would call this hands-free driving technology, although the term brings to mind flashbacks of when everyone drove with a Bluetooth headset in their ears.

It’s important to recognize that modern cars have all kinds of driver assistance systems, including adaptive cruise control and lane-keeping assistance, but they still need a driver to operate them. As reliable as these features are in most cars, they can’t recognize obstacles or identify when they will need the driver’s touch to navigate a tricky situation. Furthermore, these safety suites don’t have redundancies to help ensure the driver is paying attention, which means they are the perfect environment for distracted and potentially unsafe driving. 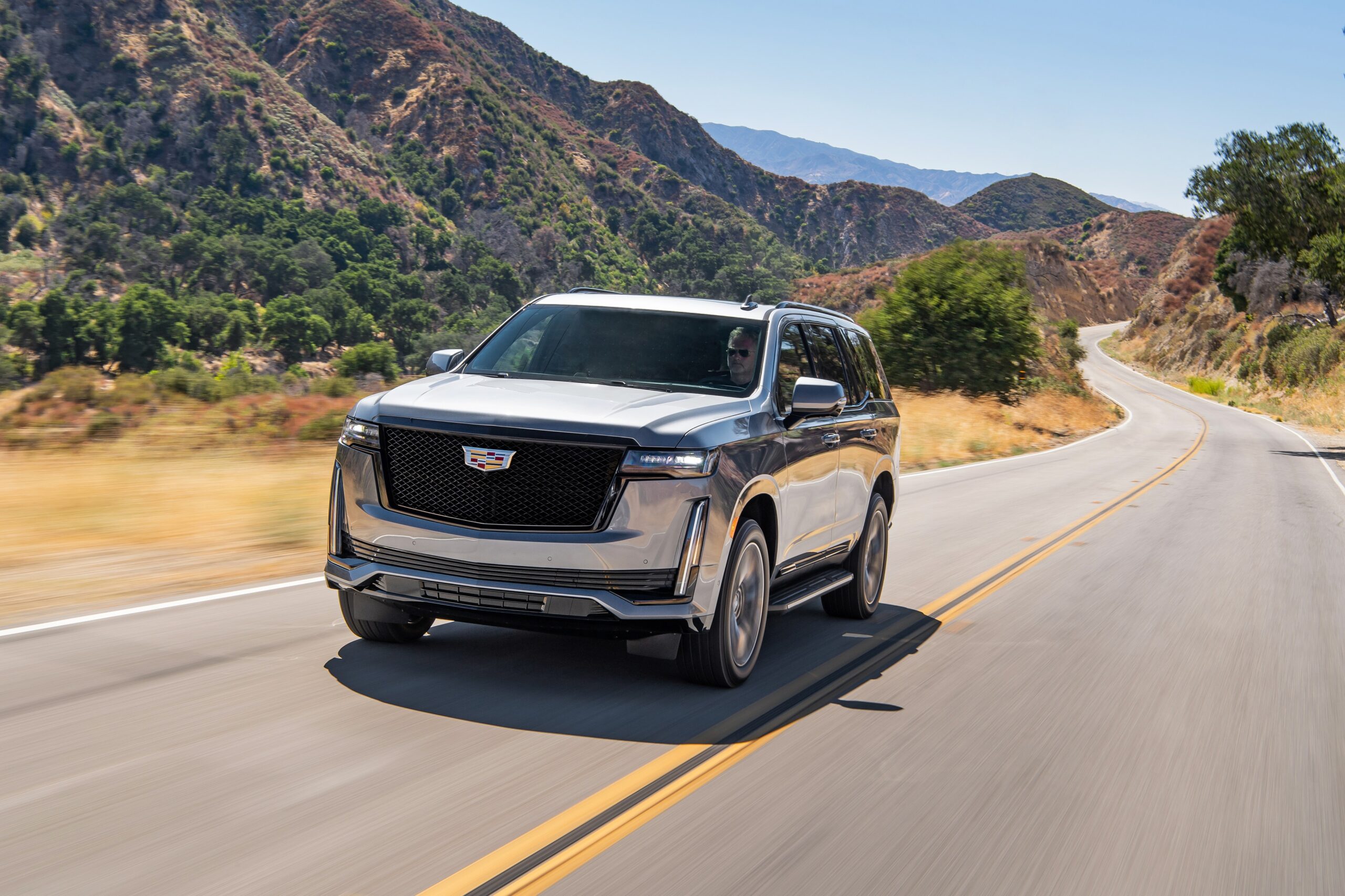 More recent hands-free driving technology is aiming to resolve some of these limitations. There are more detailed sensors and data to help identify where and when cars can drive without intervention from the driver. These systems are smart enough to alert the driver when to take over driving duties with time to spare. However, there are some limitations, so many save this feature for the hundreds of thousands of miles of mapped highways rather than using it in dense city traffic.

A few automakers have already started to offer this technology on new vehicles in 2021. Here are a few you should know about:

Super Cruise is one of the pioneers in this field, first offered in 2017 on the Cadillac CT6 sedan. This system only works on highways and allows the driver to cruise on the highway without their hands on the wheel. Super Cruise handles lane-centring on the highway, even when the routes turn; it also manages the throttle and braking, and maintaining a set speed and distance from a car ahead. It can also perform a lane change on demand.

This is possible thanks to two important aspects of Super Cruise: the highly detailed maps and the driver-facing infrared cameras. Over 200,000 miles of highway are mapped down to the inch and updated quarterly. This mapping helps the car locate itself in the world when it can’t rely on its array of radar, sensors, and cameras. Then, inside the vehicle, an infrared camera can detect the driver’s face and will shut the system off if they’re not paying attention to the road.

Finally, the steering wheel has a bright, colourful LED display on it. The wheel turns green when Super Cruise is enabled, blue when the driver is in control, and red when it’s shutting down and needs the driver to take over.

The feature works pretty well and is currently offered on the Cadillac Escalade. However, parent company General Motors is spreading the wealth by promising to offer the vehicle on the Cadillac CT4 and CT5 sedans, as well as the upcoming Chevrolet Bolt and GMC Hummer EV.

Ford isn’t going to let General Motors steal the headlines for too long and is promising that its hands-free driving technology will arrive in the second half of this year on the Mustang Mach-E electric car and the Ford F-150 pickup truck. 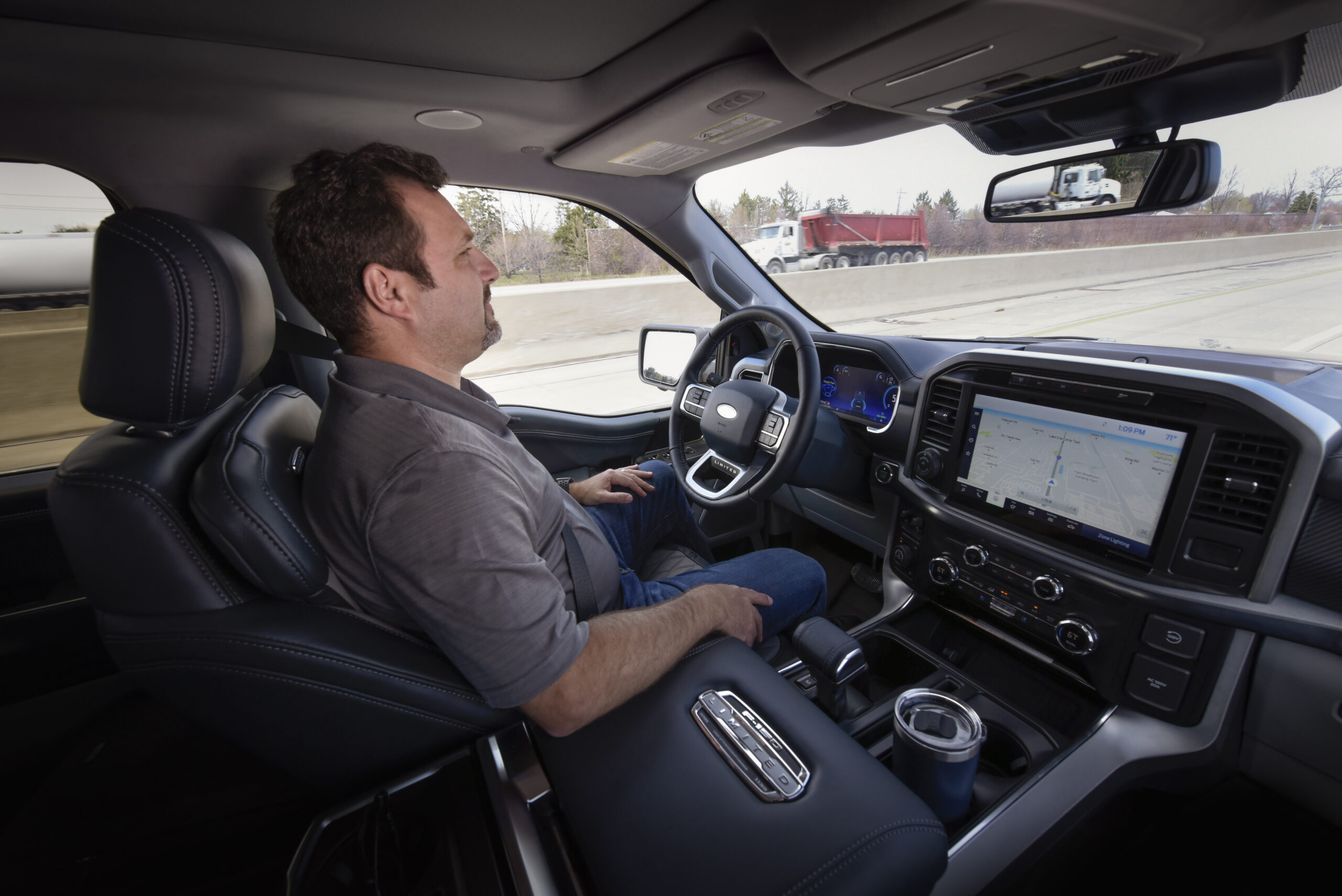 Interestingly, anyone who buys a Mustang Mach-E or F-150 today with the Co-Pilot360 Active 2.0 Prep package will be able to upgrade to BlueCruise when it’s available for a small fee or subscription.

Now, Tesla’s two branded systems aren’t hands-free, but they’re almost there and quite impressive. Autopilot is Tesla’s most basic set of driver assistance features, while Full Self-Driving and the Full Self-Driving Beta add more features to the vehicle. Let’s break them down quickly. 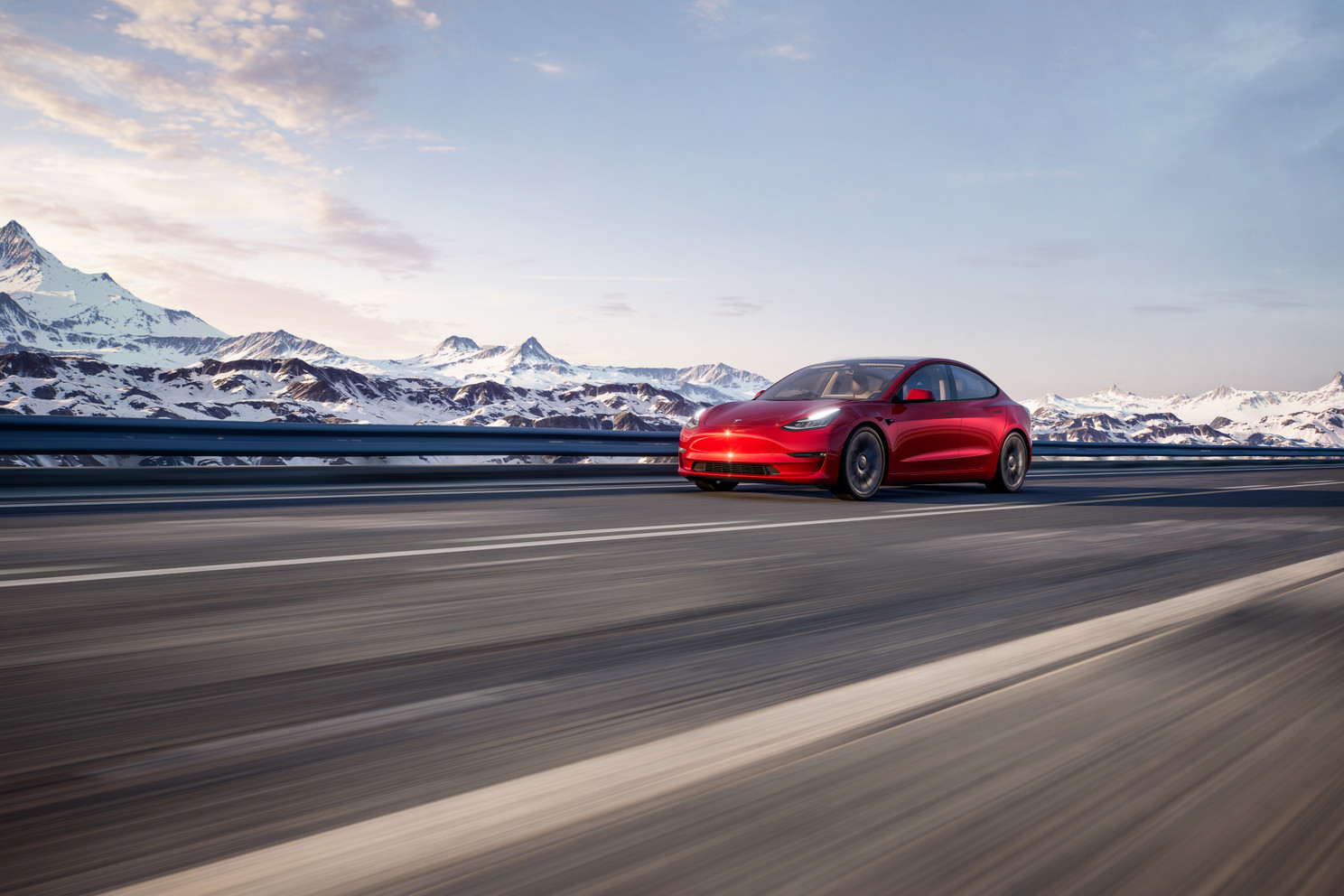 While Tesla’s offerings and packages change frequently, we know that on today’s models, the suite of features known as Autopilot helps keep the vehicle in its lane, and has forward collision prevention and adaptive cruise control.

Additional features, known as Full Self-Driving, or the Full Self-Driving Beta, add the ability for automatic lane changes, automatic slowing at red lights and stop signs, and navigation from an on-ramp to off-ramp when on the highway. New features are being rolled out that even park and summon the vehicle for you.

However, at this time, the features require the driver to keep their hands on the wheel, though it always seems as though Tesla is on the cusp of removing that limitation and providing the same driver monitoring as other automakers are offering.

Lexus will introduce its hands-free driving suite later this year in the 2022 Lexus LS executive sedan. This feature integrates lane-keeping, has adaptive cruise control, and will even follow the vehicle ahead, navigate intersections, and change lanes automatically in some situations. 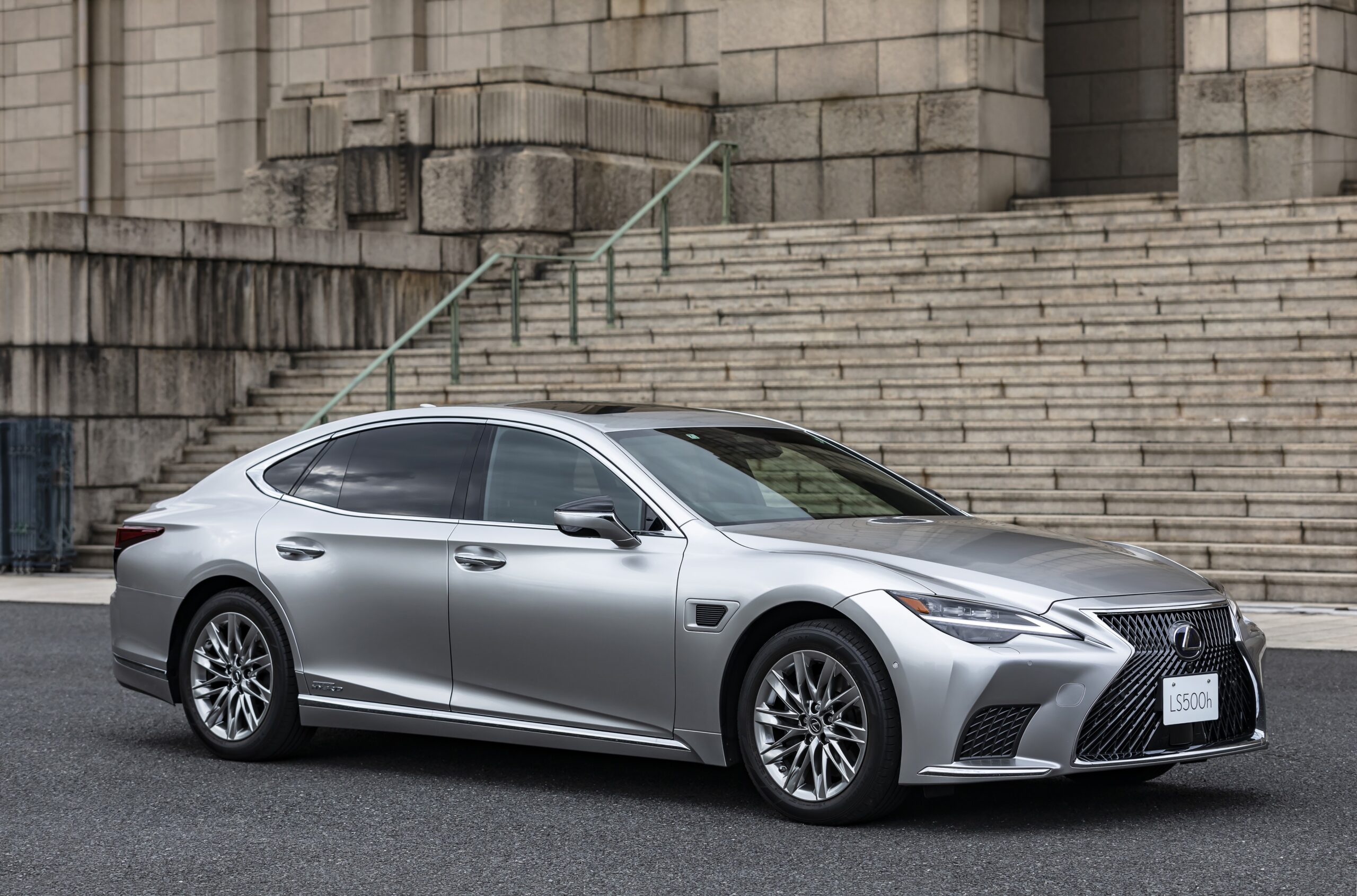 The system is said to even move the vehicle purposefully within its lane, provide extra space when passing transport trucks, and recognize merging vehicles.

While the Mercedes EQS is the brand’s first full-electric flagship sedan, it is far more than a one-trick pony. The German automaker is also promising to bring hands-free driving technology with its electric sedan, under the name Drive Pilot.

Like the other hands-free systems, Drive Pilot includes adaptive cruise control and lane-keeping, but these features even take into consideration events on the route ahead and read traffic signs, like, say, construction warnings. When Drive Pilot can’t be used any further, it alerts the driver in advance, making sure they can handle the next part of the route. 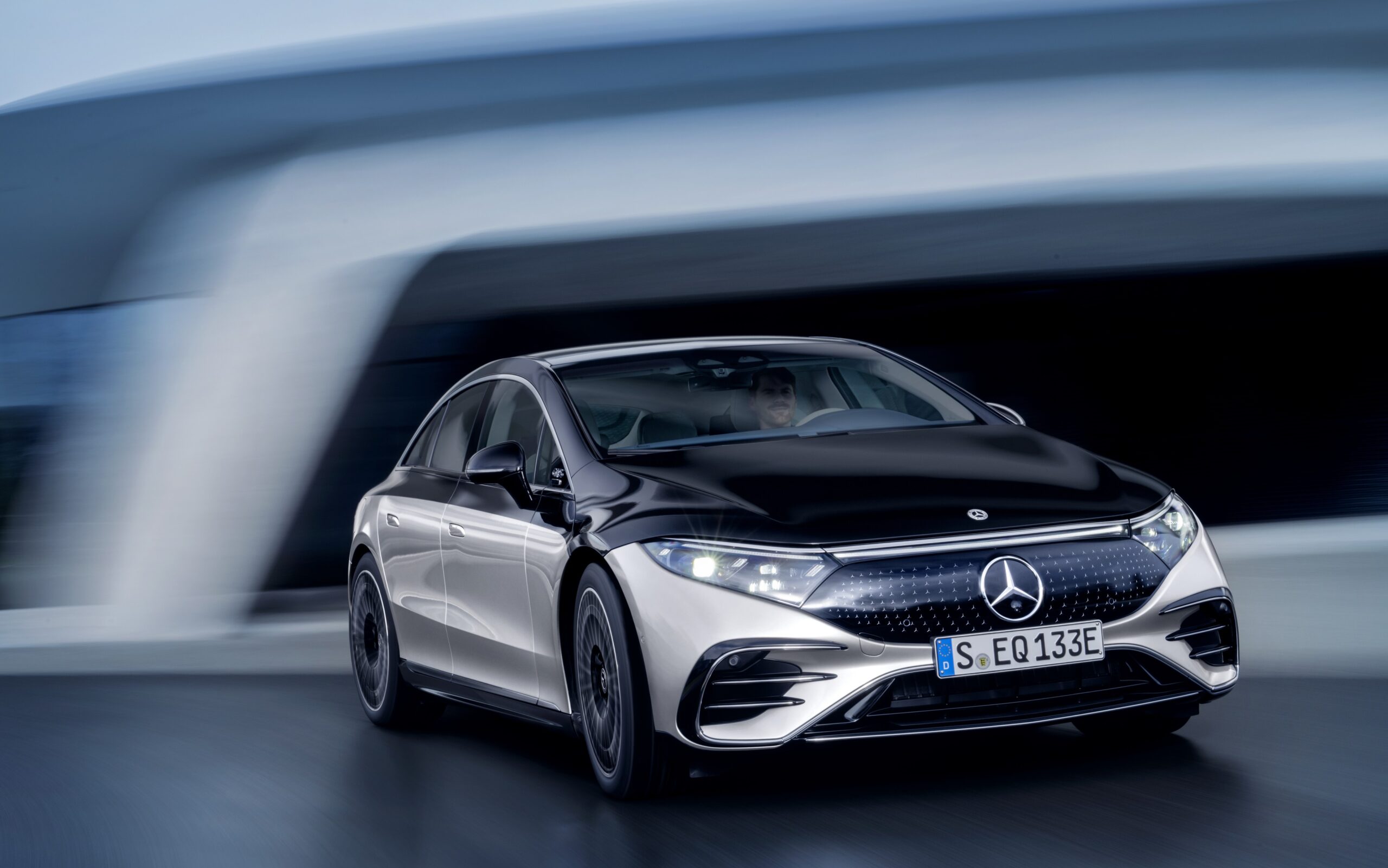 In addition to the ability to drive on highways, Drive Pilot can also include an automated valet parking system, allowing for the electric sedan to park itself completely autonomously and without a driver. However, the automated valet parking system needs cooperation from the parking infrastructure, so not all parking lots will work, but there is also a remote parking system for less autonomous parking feats. This allows the driver to remotely control the vehicle using a phone app to move the Mercedes forward or backward in a straight line.