It’s hard to describe the Bugatti Chiron within the framework of a normal car. To start, you need to understand the effect of its predecessor, the Veyron. Launched in 2005, the peerless Veyron made an unheard of 1,001 horsepower and 922 lb-ft of torque. In 2010, Bugatti upped the ante with the 1,184 horsepower Veyron Super Sport. That car would become the fastest production car in the world at the time, achieving a top speed of 431 km/h. The Veyron was a watershed moment in the realm of supercars, a car that changed the format, and with it, what people thought was possible.

Announced in 2016, the Chiron is an evolution of the thinking that created the Veyron. A sort of next-level approach that preserves much of the Veyron’s strengths while somehow taking its most visceral qualities to the next level. Believe it or not, the performance is also on a new level, with the Chiron’s incredible 8-litre W16 (yes, sixteen cylinders) generating 1,479 horsepower and 1,180 ft-lb of torque. Like the Veyron, that power is partly produced by a quartet of turbochargers and the end result is somewhere around 30 per cent more power than the original Veyron.

The result is difficult to put into words, but let me assure you these numbers don’t accurately capture the manner at which the Chiron builds speed. With a 7-speed dual clutch transmission connected to an advanced all-wheel drive system, the Chiron can run 0-97 km/h in 2.4 seconds, 0-200 km/h in an astonishing 6.5 seconds, 0-300 in 13.6 seconds, and 0-400 in 32.6 seconds (and back to zero just 9.4 seconds later). As for top speed, currently, the Chiron is limited to 420 km/h, with Bugatti citing the need for tire development before the car’s true limits can be explored. The current world record for a production car is held by the wild Koenigsegg Agera RS at 447 km/h; perhaps Bugatti has a Chiron Super Sport in the works as they eye an attempt at retaking the top speed throne.

Since the Veyron launched in 2005, the hypercar market has grown and there are several companies now operating in this space that are claiming their car is the fastest, the most expensive, the highest performing, or the most luxurious. As impressive as many of these vehicles may be, what sets the Chiron apart is just how chill, almost laissez-faire, it can be about all of that speed. 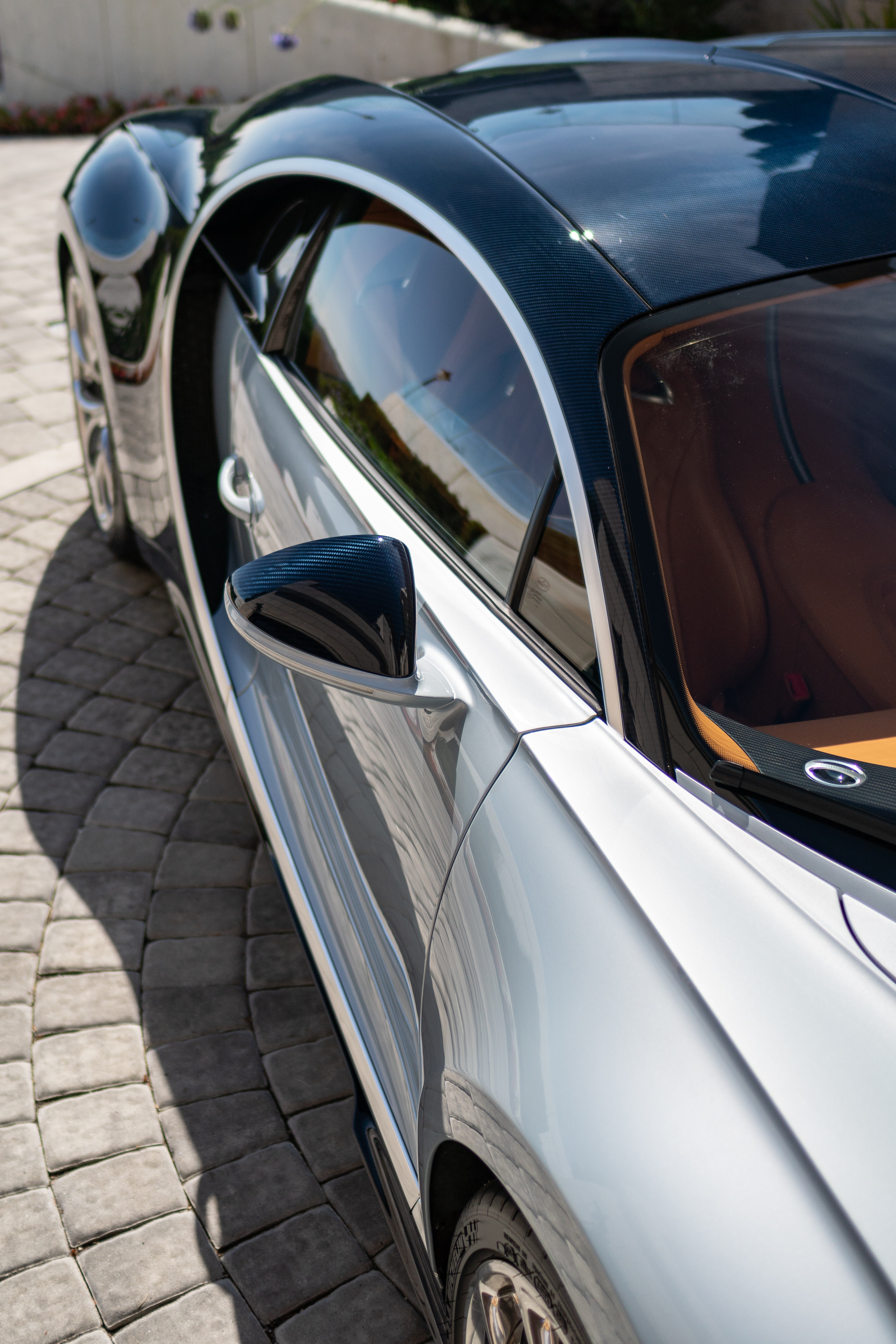 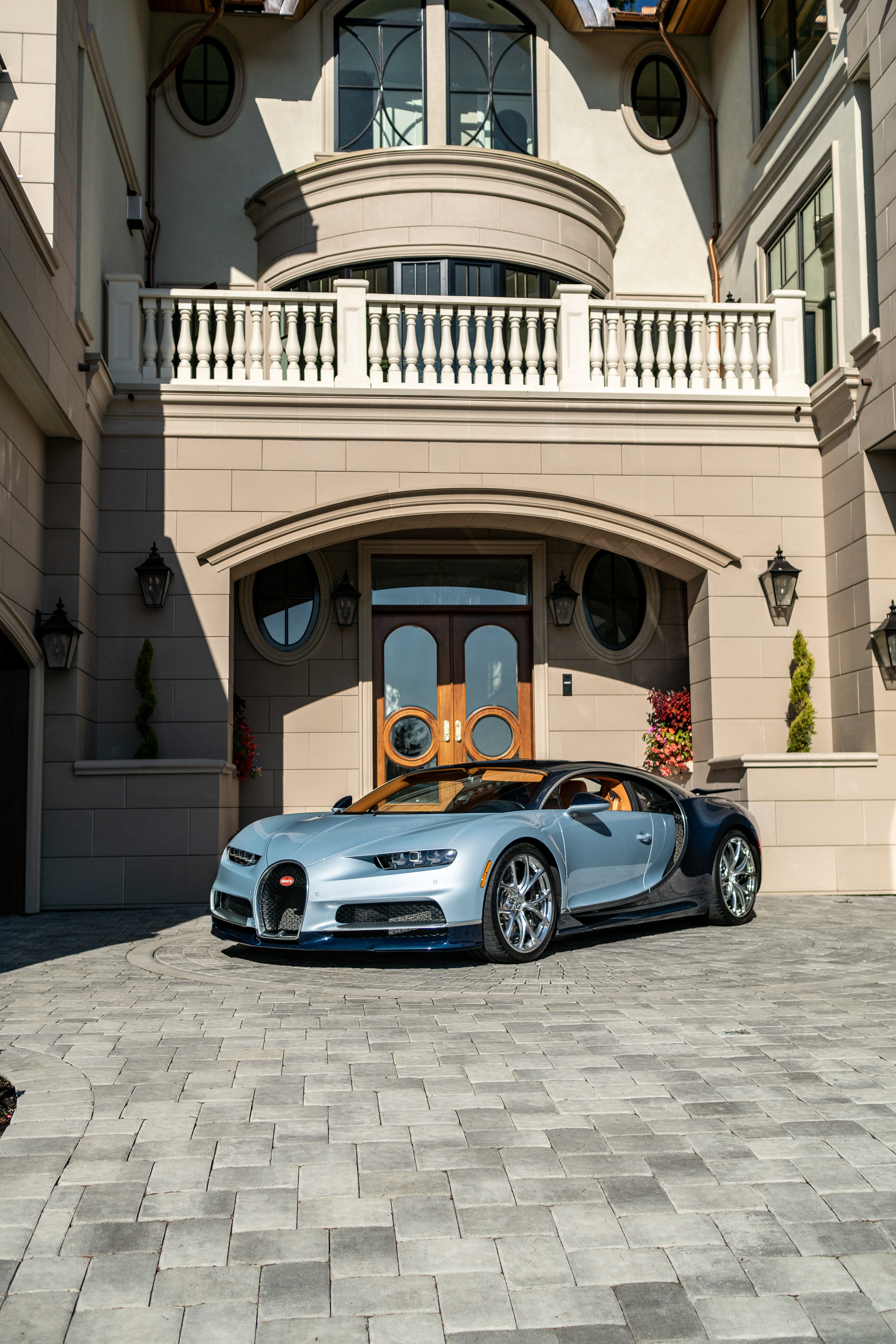 Consider that it’s more than two times as powerful as some of the insanely fast cars that I’ve driven recently. The Ferrari GTC4Lusso, the Lamborghini Huracán Performante Spyder, the Mclaren 720S (stay tuned)—all of these supercars have less than half the power on offer by the big Bugatti, but I don’t think that’s where all of your money is going. The trick here, the truly impressive feat on display, is making a car that can hit 200 km/h in the same amount of time it takes a BMW i3 to get to half that, while still making it feel so under-stressed, comfortable, and drivable. Yes, you can make even the longest on-ramp feel like it’s actively compressing in front of you. But Chiron does this, and more, with no drama. It just goes. And the numbers climb at a rate that can make your head spin. In a straight line, it’s fast on a level I could not fully appreciate in the hour or so I had behind the wheel.

Much like when I drove the Veyron back in 2014, the Chiron requires a complete rethinking to the mathematics of driving. Not unlike the first time you got a ride in a fast car and saw the possibilities at play, The Chiron casually strolls along the edge, the slightly muted roar of its massive engine highlighted by the lively whistles of its four turbochargers.

The Chiron is a luxurious hypercar designed and created with next to no compromise.

While the power comes on like the Veyron, there is just more of it. Braking is, thankfully, very strong, and the Chiron provides more feedback and a more direct impression of the front wheels than the Veyron. The car feels solid and while certainly heavy, the steering is fast, not too light or over-boosted, and its weights up nicely when at speed or mid-corner. The Chiron is not a track car (take a look at the new Divo for that), but I get the feeling it would fare much better than its older sibling.

The styling is similar to that of the Veyron, but sleeker with a greatly revised rear that is characterized by a wide horizontal LED brake light and an open, aviation-like design. A huge rear wing is tucked into the tail, and raises up to increase downforce depending on braking or the settings of the car.

With a two-tone coloring blending a high silvery blue with a deep blue–treated bare carbon fibre, while the Chiron is a long, low, and imposing car, it looks like nothing else on the road. Pay attention to special details like the flying buttress that splits the rear deck lid, or the prevailing “C” shape behind the doors that balances the Chiron’s cabin with the rear engine compartment, which wraps tightly over the large rear wheels. 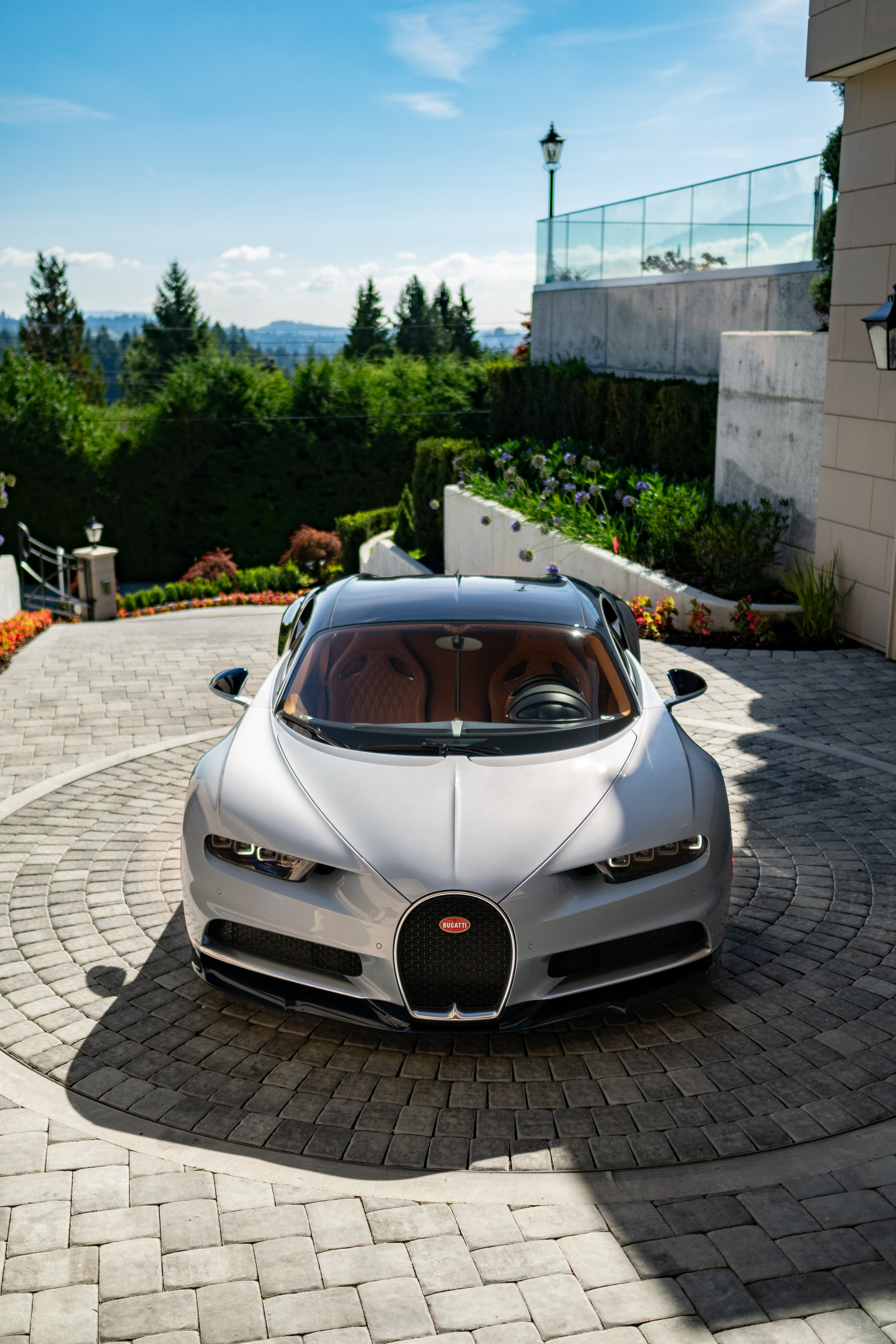 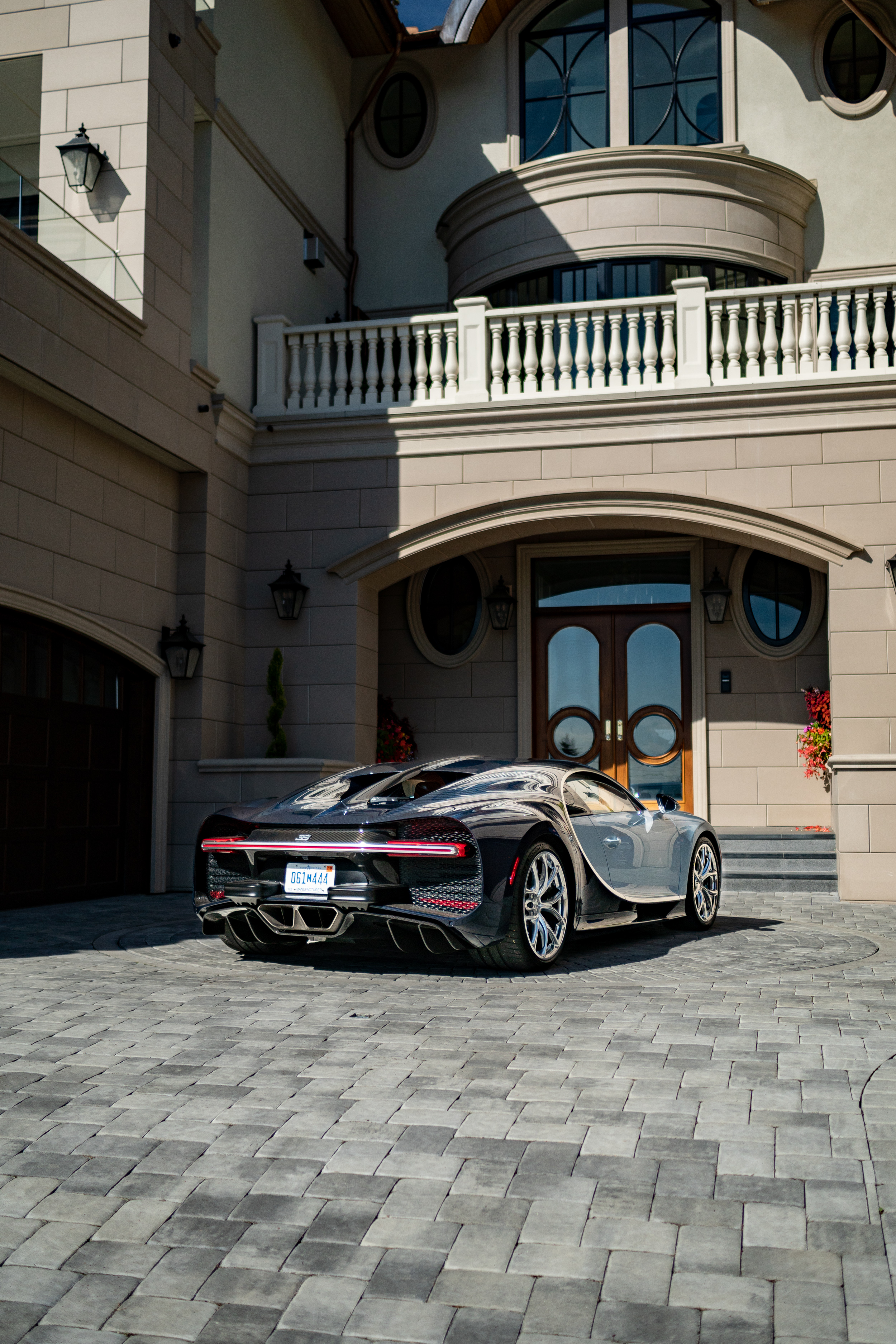 Perhaps more notable is the Chiron’s interior, which follows the Veyron’s philosophy of offering a general cabin space free of large screens in the hopes that the Chiron will age like a classic Bugatti, rather than as a showcase for outdated technology. If it looks like leather, it’s leather. Metal is metal. Carbon is carbon. The interior of the Chiron is architectural, thoughtful, beautifully made, and a treat to interact with.

Most of the information needed by the driver is presented in the gauge cluster, which has both analog and digital elements that work alongside tiny but very legible displays set into the four beautiful flowing knobs of the center console. Everything, from the vent open and close mechanism to the finishing on the buttons of the steering wheel is detailed and gorgeously executed.

Despite the Chiron’s incredible performance, it’s easy to drive—almost effortless. From onramps to quick passes, or sustained high-speed cruising, the Chiron makes it all feel so easy. It’s not insanely loud, nor too stiff. Also remarkable is that the Chiron’s engine and transmission seem just as happy crawling through traffic as they do eating up miles at immense speed.

The Chiron is a luxurious hypercar designed and created with next to no compromise—driving it is unlike anything else, and given its $3.1-million starting price, it should be like nothing else. Often compared to Concorde, the Veyron established a new high bar in automotive design and manufacturing. As the next iteration of that achievement, the Chiron is nothing short of wildly impressive.