With the launch of their new Cullinan SUV, Rolls-Royce has announced one of the biggest moves in the brand’s history. Essentially a full-size SUV version of their legendary Phantom sedan, the Cullinan is a play towards the ever-popular SUV market and a move to increase appeal among both younger buyers and women. SUVs are insanely popular, and this new model could literally double Rolls-Royce’s production, as SUVs have for Porsche and (likely will) for Lamborghini.

The Cullinan is a three-box design, with a 6.75-litre V12 up front, a luxurious and spacious passenger cabin in the middle, and a large luggage compartment in the back. It’s tall, long, and has that undeniable Rolls-Royce presence, cutting an imposing figure with a high beltline rolling over massive wheels.

In a way, the Cullinan is a straightforward product. Still, reinventing the Phantom into an off-road format is no easy task. Shortly after Rolls-Royce selected the new Vancouver showroom for the North American launch of the Cullinan, I sat down with Rolls-Royce CEO Torsten Müller-Ötvös to get an inside look at the creation of the brand’s most ambitious vehicle, its placement in the market, and what makes it a Rolls-Royce (even if it’s an SUV). 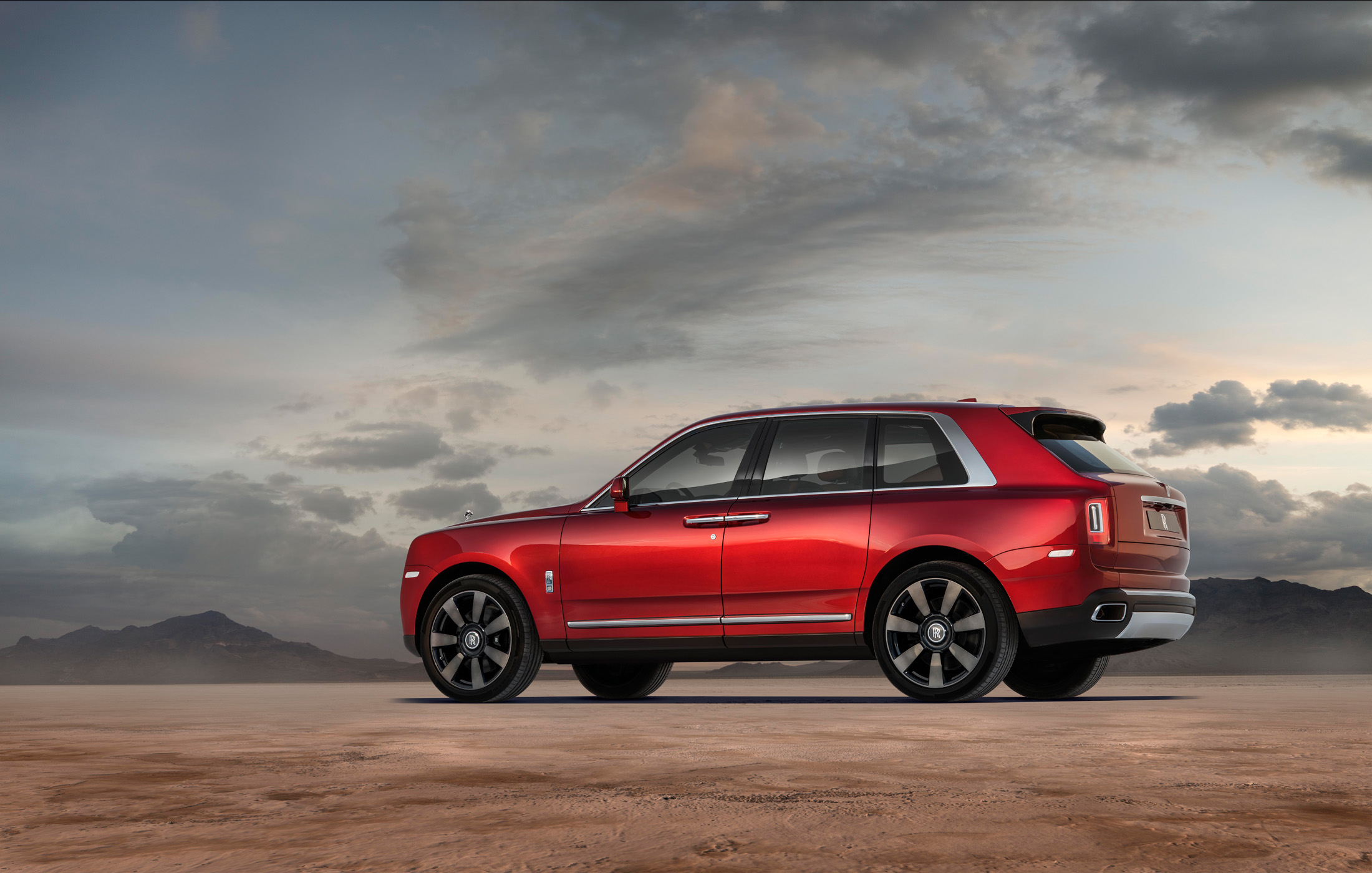 James Stacey: I’m interested in the Cullinan as it pertains to you. As you’ve been in control of Rolls-Royce for many years, this is a product entirely of your time at the company.

Torsten Müller-Ötvös: It is a product purely of my time. I’m already, since eight and a half years, in charge of Rolls-Royce Motor Cars, and I think Cullinan, in particular, is quite a departure for the brand. Something we have never done before. For that reason, we took our time to come to the market in the right form. It’s a true four-by-four whilst maintaining the Magic Carpet Ride [Rolls-Royce’s incredibly smooth adaptive suspension made famous by the Phantom]. I think that is probably the engineering masterpiece with Cullinan—that we kept all the qualities you are aware of in Rolls-Royce whilst expanding Rolls-Royce into the four-by-four territory. That was not an easy game, and for that reason it took time.

JS: I also think it suits the visual space of a Rolls-Royce. There’s something about the way that a Rolls-Royce moves down the road that is entirely different than most cars. I don’t think you actually have to know cars to know that it’s something special.

TMO: Absolutely. There’s a famous saying, ‘A Rolls-Royce passes by and the world stands still’, and it is true. Do it, and whatever a Rolls-Royce you take, you see the people, they look.

JS: I would agree.

TMO: The car is big, yes it is, and it needs to be big because we are not in the small car market. In a Dawn, you can travel easily with four people. You have enough legroom, you have enough room to move in the car. And the same, of course, holds true for Cullinan.

JS: When the first design brief or the first email came out saying, ‘Let’s start moving towards some ideas here’ how far was the final product from the original concept?

TMO: Very different. You can imagine it was not an easy task. We had a blank sheet of paper and we briefed ourselves in how we wanted to enter that segment. It needed to be the Rolls-Royce of SUVs. That was not an easy task and we took our time. The first customer reactions are tremendous, really, and I’m not exaggerating. The order book looks very strong. Orders are on levels I’ve never seen before at the early days for Rolls-Royce. I think we see a standing success story for Cullinan all over the world.

“You can imagine it was not an easy task … It needed to be the Rolls-Royce of SUVs.”

JS: In terms of the orders, what percentage are new [buyers] to Rolls-Royce? Is it commonly someone who already has a Phantom? Or maybe what they’ve been waiting for is the SUV?

TMO: Let’s consider just a little of what had happened here over the last eight years. When I started at Rolls-Royce, they were selling around 1,000 cars a year—only Phantoms. Ghost, Wraith, Dawn has, more or less, quadrupled the volume. So, we went from 1,000 to 4,000, and this is only possible with tapping into new territory, gaining new customers. I would say that probably 70 per cent of all the volume over the last couple of years are new customers, people we have never seen before.

Of course, we have quite a lot of Rolls-Royce customers who have not only one Rolls-Royce, but even have the whole family of cars, and we will definitely see some loyal Dawn drivers who are now saying, ‘Why not replace my Range Rover with a Cullinan?’

I think what will also happen is that we’ll probably see even more volume than we are selling today with 4,000 cars a year, due to the fact that we are entering new territory. For the very first time, you get a [Rolls-Royce] car which is really capable of going everywhere, a car where you can put the whole family and your dog. 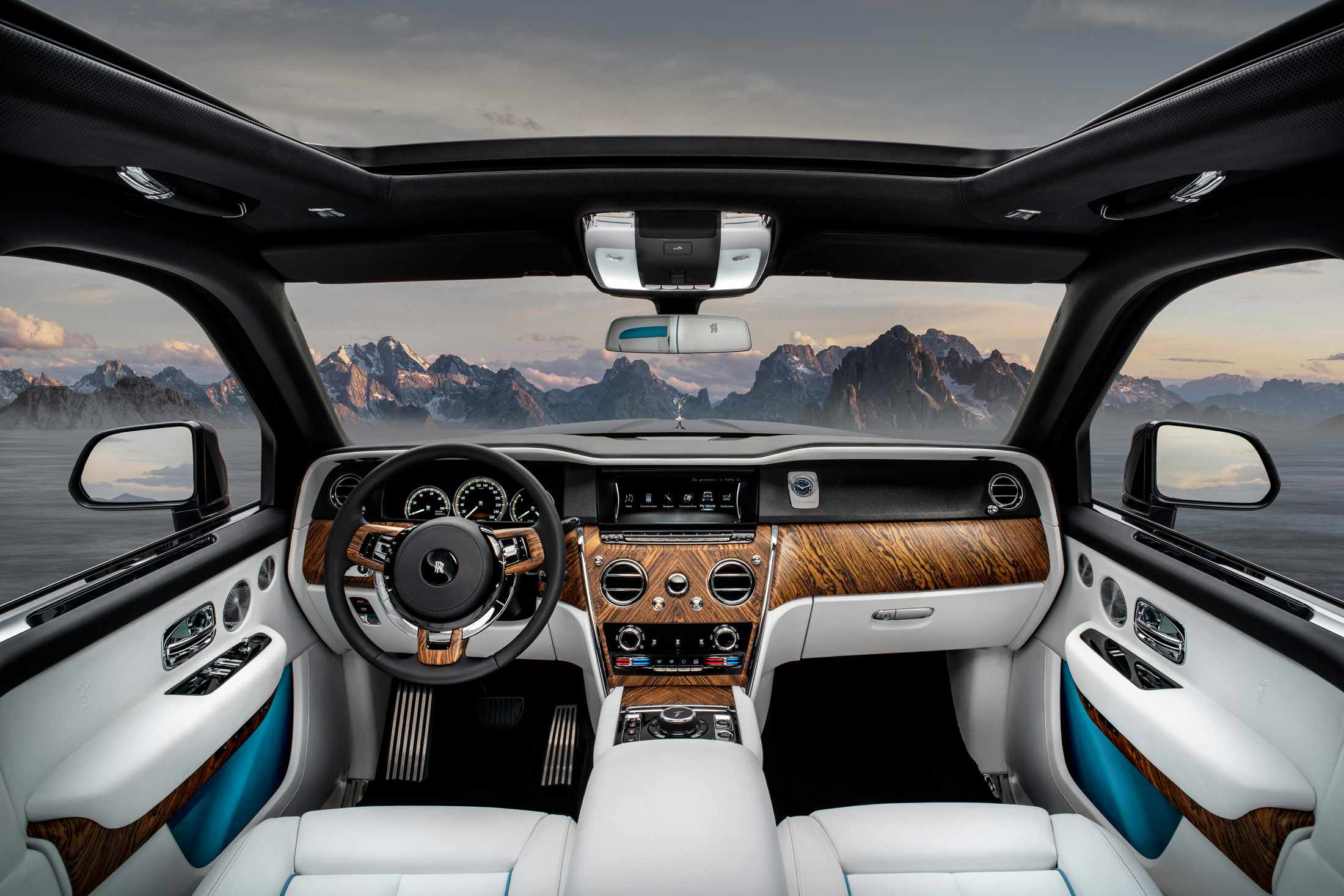 JS: You made a decision to do the North American launch at the Vancouver location. What was the thinking behind that? Where does Vancouver, or even Canada, factor in importance for Rolls-Royce?

TMO: Canada, over the last years, has really developed extremely nicely for us. All of our partners here in Canada had tremendous business over the last years, and Canada is quite a substantial cornerstone for our North America business in total—number one. Number two is that Cullinan is a four-by-four and fits to a new market like Canada. Snowy conditions, maybe in certain areas [there are] not the best roads, and people who like, particularly here in the West Coast, the more relaxed easy-going lifestyle, and so on.

JS: Is the plan with Cullinan that it will likely access a younger demographic?

TMO: Yeah, I think so. We have done already quite a remarkable job with the brand over the last eight years. We have brought the average age [of consumers] down by 11 years, from 56 to 45, which is quite a big, big step on the back of Wraith, on the back of Dawn, on the back of, in particular, Black Badge. Now, with Cullinan, we will not only enter into even younger buyers, but even more importantly, also into female buyers. This car will be highly popular with female customers. We have an average female share worldwide, which is 15 per cent. Here, in the Canadian market, it’s even higher, close to 25 per cent female customers, and I think more to come with Cullinan.

Representing the next generation of Rolls-Royce and quite likely the development of an entirely new market for the brand, the Cullinan is now open for orders at any of Canada’s four Rolls-Royce dealerships with a starting price of $399,900. While from a traditional standpoint it may seem ludicrous for a brand like Rolls-Royce to take a swing at a market owned by Mercedes, Land Rover, and Bentley, buyers are demanding SUVs and Rolls-Royce doesn’t seem to have any problem taking those orders, now that the Cullinan has been shown to the world. Check back for more sometime soon once we’ve had a chance to put the Cullinan through its paces, hopefully, both on and off-road.

5 Amazing Details of the 2021 Rolls-Royce Ghost