The night sky above the Autodromo di Modena was awash in light this past week. In the land of slow food and fast cars, the House of the Trident launched its new Maserati MC20 supercar. The global debut of the flagship super sports car took place inside the Modena circuit—first appearing as a hologram on the epic purpose-built stage and then in reality, with racer and Maserati reference driver Andrea Bertolini behind the wheel, driving the MC20 through an assembly of 42 Maseratis (representative of the brand’s history) before taking centre stage. “MMXX: Time to be audacious” was the theme for the evening, and for the times in which we live, also presented in a live-from-Italy feed across the ocean in New York at the Classic Car Club Manhattan.

“With MC20 we are introducing more than a supercar,” said Davide Grasso, chief operating officer for Maserati, when he took the stage. “We are setting the cornerstone to build the Maserati of the future. MC20 is the embodiment of our values, the first of its kind, and 100 per cent made in Modena. MC20 is the model that starts our new era.” 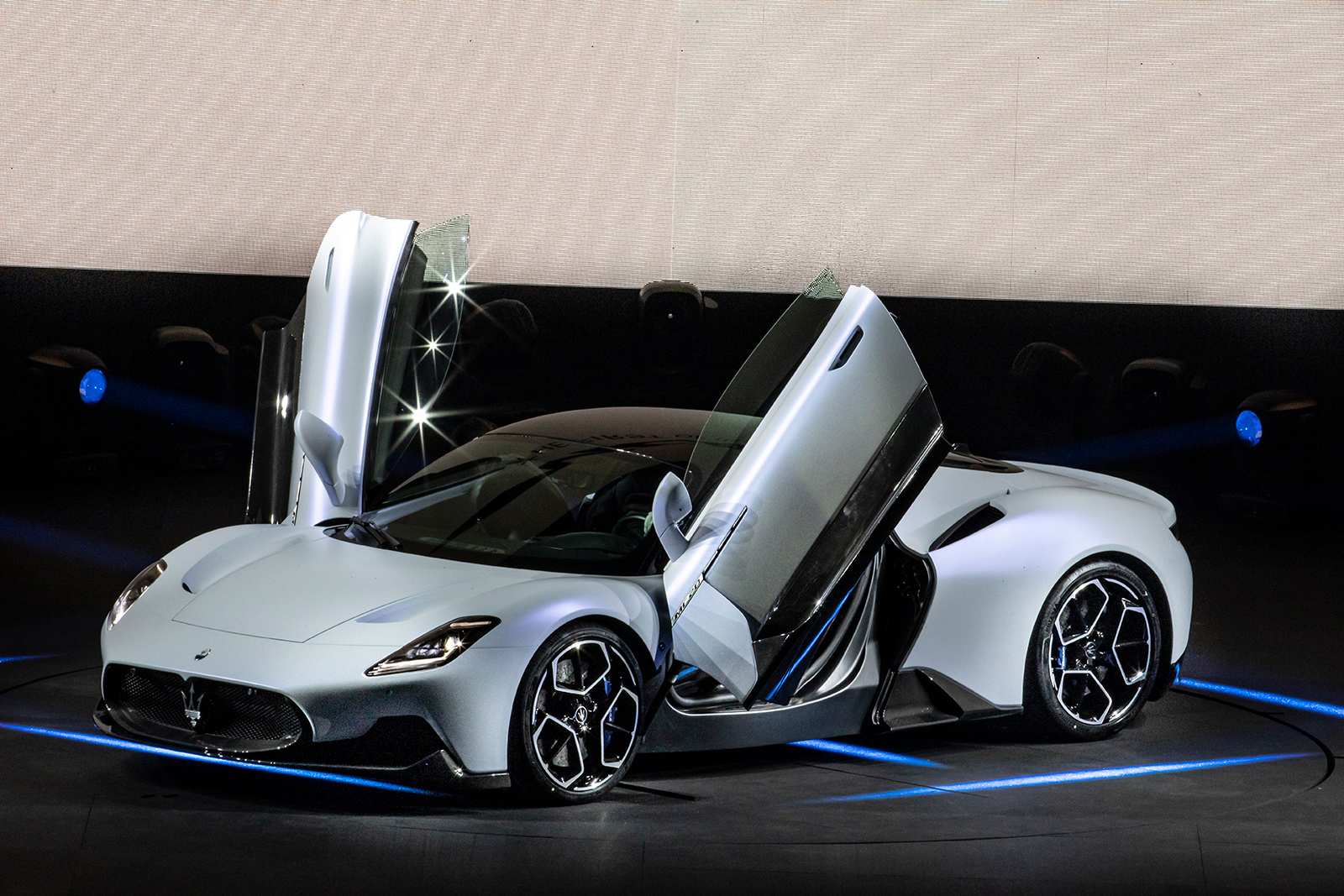 For some time, Maserati has offered four cars: the Levante SUV, launched in 2016; the Quattroporte and Ghibli sedans, launched in 2013; and the venerable GranTurismo. Following the MC20, Maserati will launch 13 new cars from now through 2024. All-electric versions of those cars are also in the works. The new cars will take design cues and technology from the MC20. The new super sports car MC20, designed and engineered in Modena at the Maserati Innovation Lab and produced in the historic Maserati plant on Viale Ciro Menotti, represents the top of the Trident range.

The MC20 engine is a twin-turbocharged 3.0-litre V6 that produces 630 horsepower and 538 pound-feet of torque. All that power will be sent to the rear wheels via a dual-clutch, eight-speed automatic transmission, making it the most power-dense V6 road car engine. This is the first Maserati with a body made almost entirely from carbon fibre (apart from a few brackets and the screws), and it weighs in at just over 1,400 kilograms. Sticking to firsts, MC20 is the first Maserati with butterfly doors, allowing for enhanced aerodynamics. The beating heart is the Nettuno engine, which features a dual-injection system and a Formula 1–inspired pre-chamber combustion system with twin spark plugs.  Maserati claims its MC20 is capable of reaching 0-100 km/h in less than 2.9 seconds, while top speed touches 325 km/h. No source yet on the selling price, but some indications put it between 200 and 300 thousand euros. 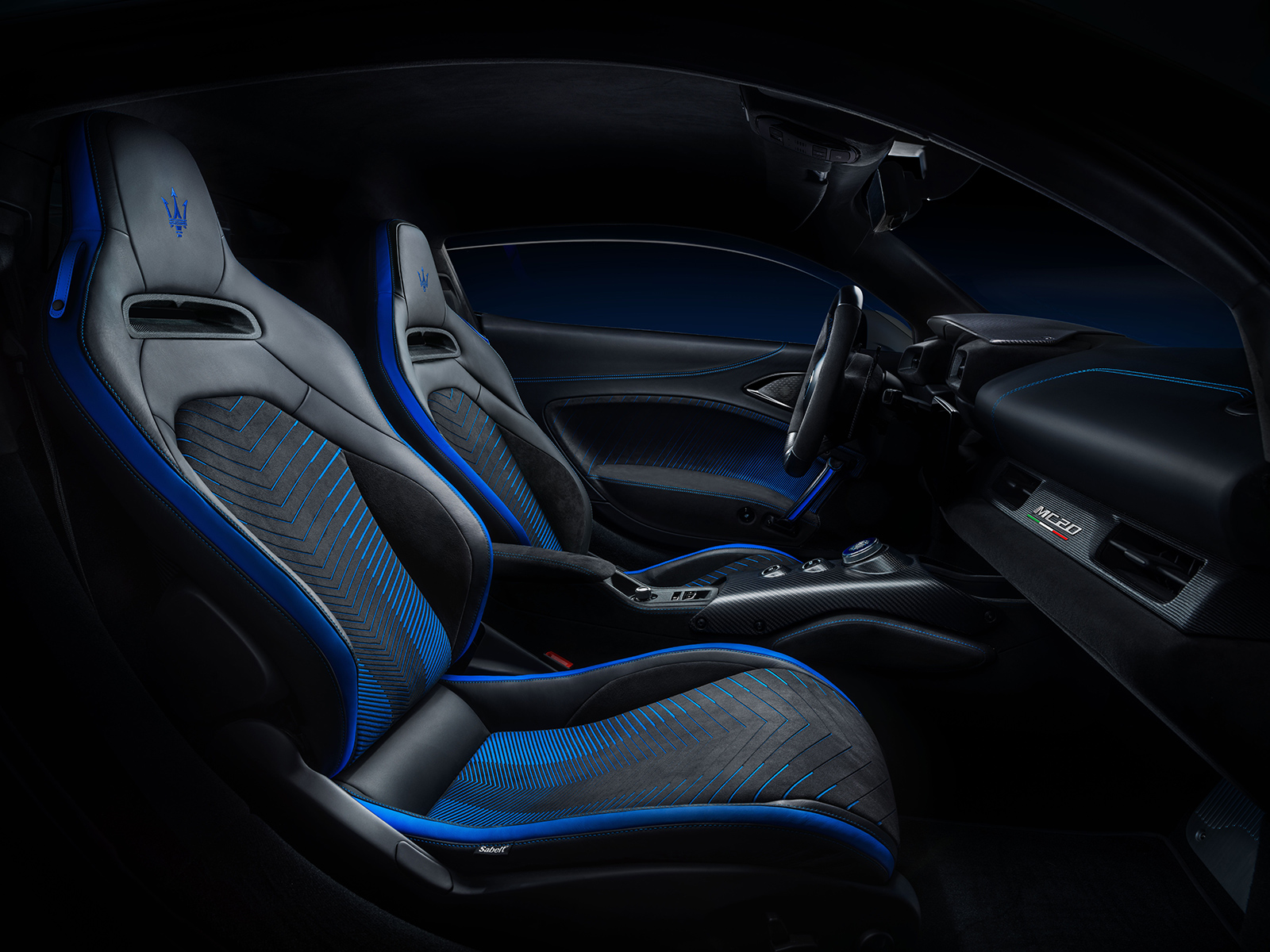 The lines of the MC20, sculpted in the design department headed by Klaus Busse, are a work of subtractions: no frills, from function to performance. “This is a car that speaks self-confidence,” said Busse during a walkabout of the MC20 at the Maserati plant. “When you design a car as pure as this, every single detail of the car matters.” Busse noted that the supercar’s look is inspired by models of the past, such as the MC12, launched in 2004. “We were able to create a perfect centre line, and thus this car manages to exist without a moving spoiler,” Busse explained. “This is important because a moving spoiler adds unnecessary weight, a moving spoiler eats into the valuable package space we would rather give you for luggage, and a moving spoiler is also an unnecessary detail which leads me to the design philosophy of the MC20: the upper part is extremely pure and extremely clean, and the lower part very rough, very machine, very performing.” And, of course, “the car carries what I think is the coolest badge in the industry,” Busse added, pointing to the redesigned trident logo.

Modena is the birthplace of balsamic vinegar, Pavarotti, Massimo Bottura, and now, too, the Maserati MC20. 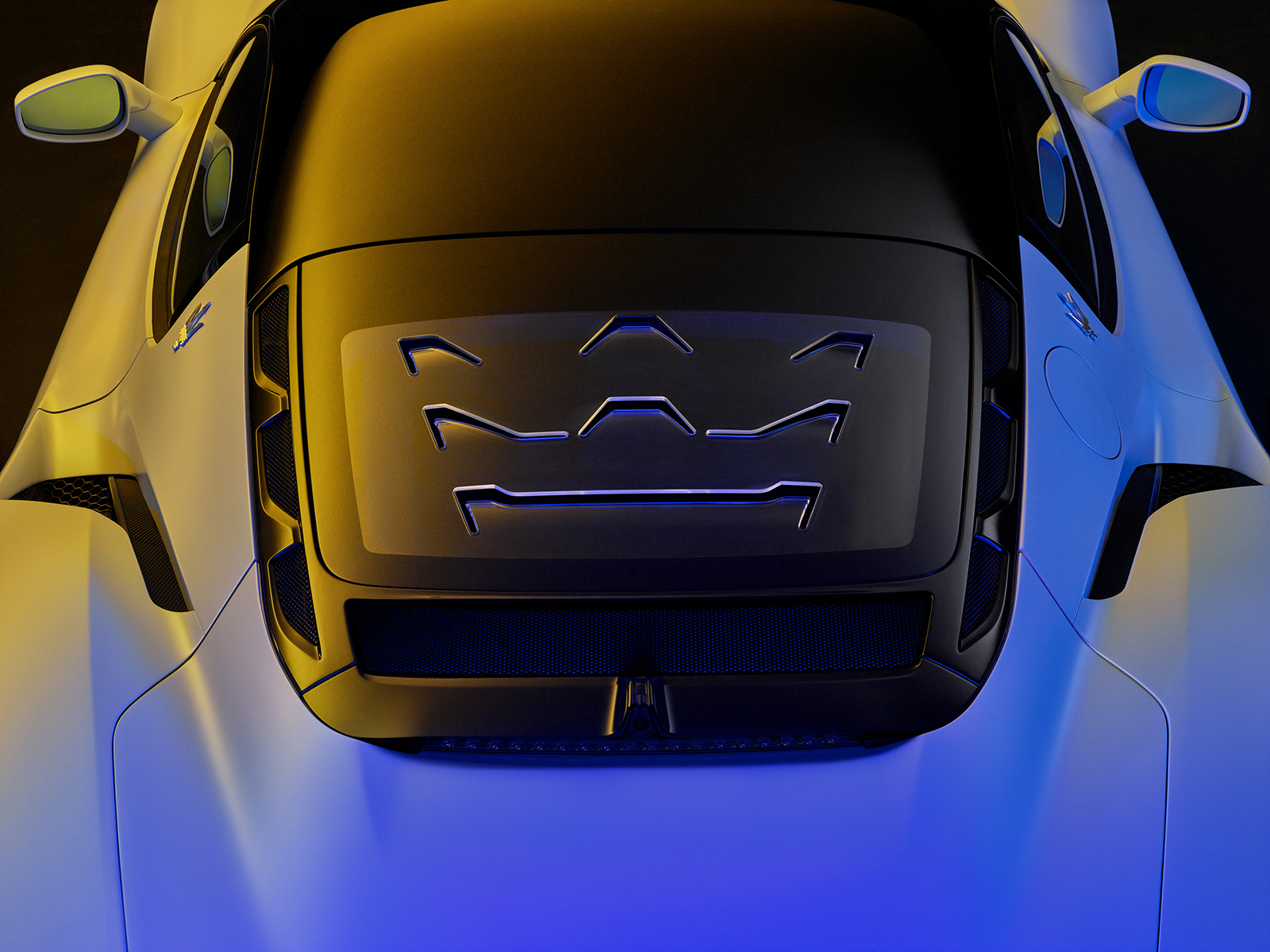 The Gordon Murray T.50 Is Here as the True Successor to the McLaren F1