Even for those who do not always volunteer to drive first, the call of the mountains and beaches of British Columbia is irresistible. I’ve never been one of those people who loves driving, but Naramata in the Okanagan and a high-tech ride are two reasons to make an event out of the drive, to make it an adventure. 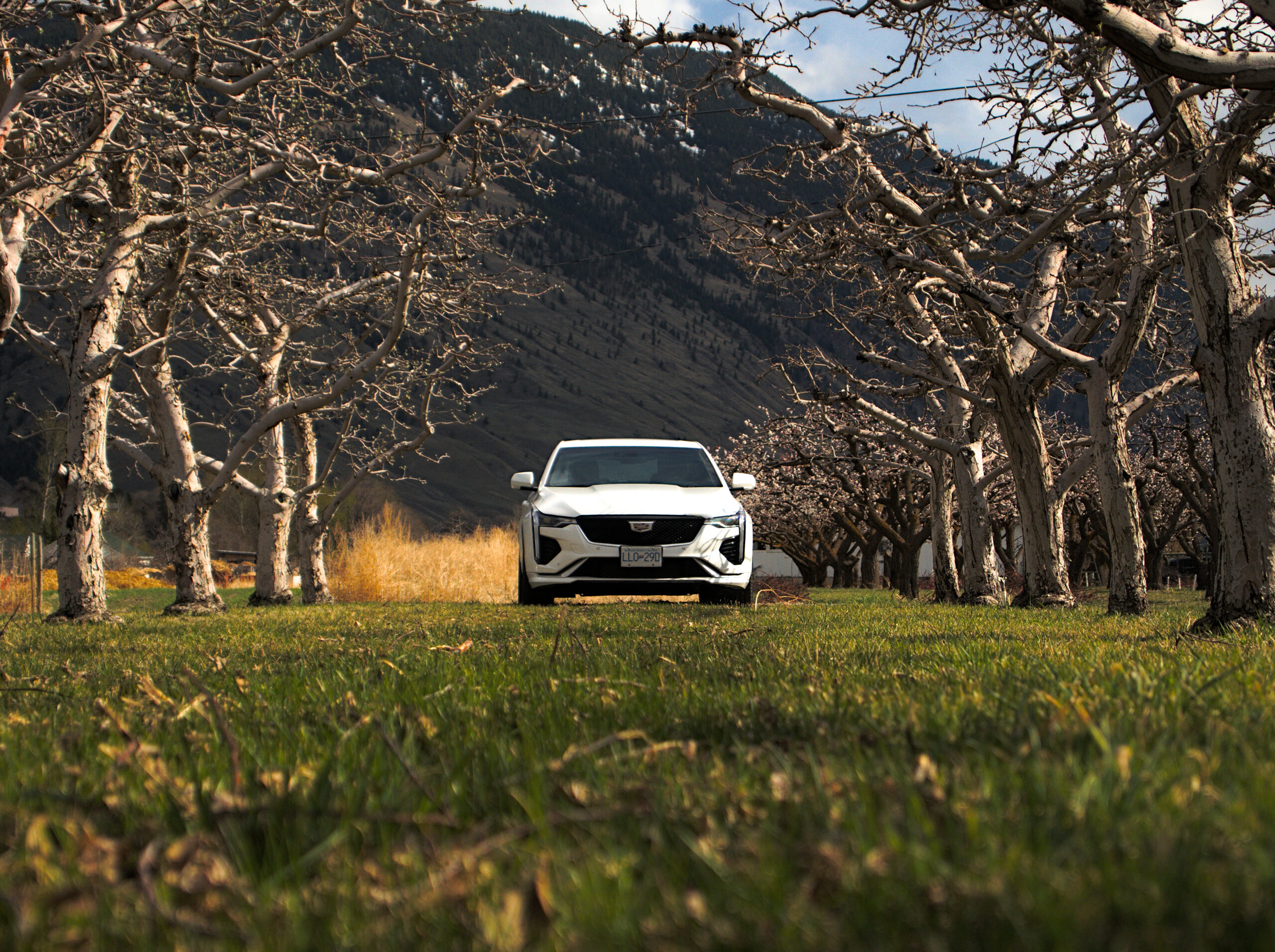 Driving the winding the roads from Vancouver to Naramata, along the Coquihalla and through the bench lands, in a 2021 Cadillac CT4 gave me a new appreciation for the activity and by extension—the car.

The open road is so captivating that it’s inspired countless books, movies, and songs. As has the Cadillac: Chuck Berry, Johnny Cash, Bruce Springsteen, Carrie Underwood, and even Bruno Mars have sung about the magic of Cadillacs, a car synonymous with a great American road trip.

Now, I may not be Jack Kerouac and this might not be On the Road, but passing from coniferous forests to shrub land to semi-arid desert feels epic to me. Each time the terrain shifts, I move the car from tour to sport to custom modes that seamlessly fit with the turns and elevation gain. Around the three-hour mark, I switch on the massaging chair to relieve any tension in my back and think to myself that the Cadillacs they’re singing about are certainly classics, but there’s a lot to be said for modern technology.

The 2021 CT4 is a compact luxury sedan that feels more like a high-performance sport vehicle with everyday potential. The V-Series three-litre twin-turbo V6 makes 360 horsepower and 405 lb-ft of torque, and Brembo brakes, which make turns smoother. Magnetic Ride Control performance suspension reads the road up to 1,000 times per second and adjusts the handling and control accordingly, while electronic limited-slip rear differential automatically directs torque to the rear wheel with the most traction for greater control.

The driver’s seat has subtle but effective safety alerts, perfect for long rides. The side of the seat will vibrate if someone is in your blind spot; an alert will also appear on the wing mirror or the whole seat will vibrate if a collision or sudden stop is imminent. There are over 20 custom driver-assist options.

This summer, the CT4 is available with a late availability feature called Super Cruise: a hands-free version of driver-assistance compatible with 200,000 miles of road in the U.S. and Canada, including lane change on-demand.

That said, I’m not quite ready for driverless cars yet, and taking the driving out of road trips may be a bit much even for me. 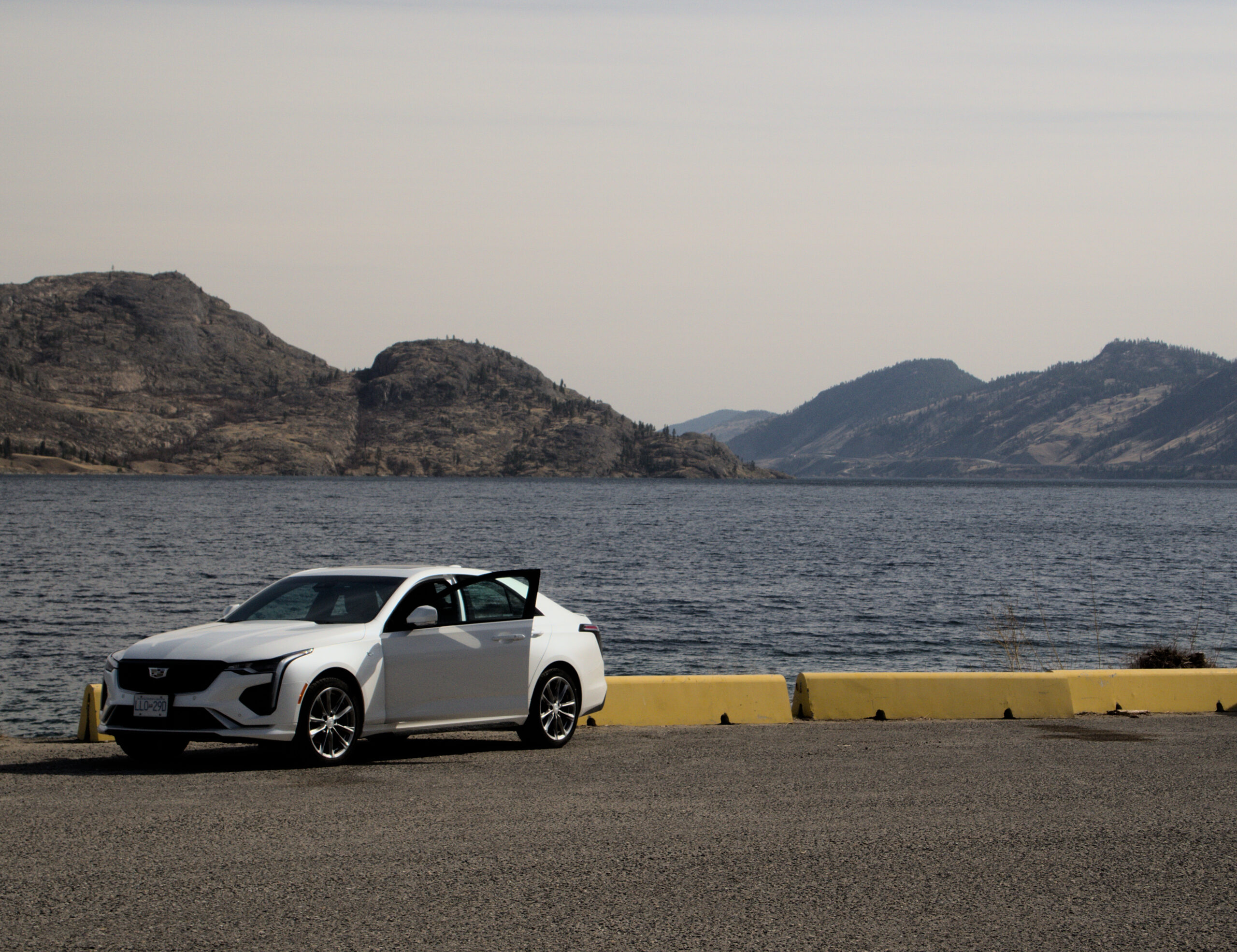 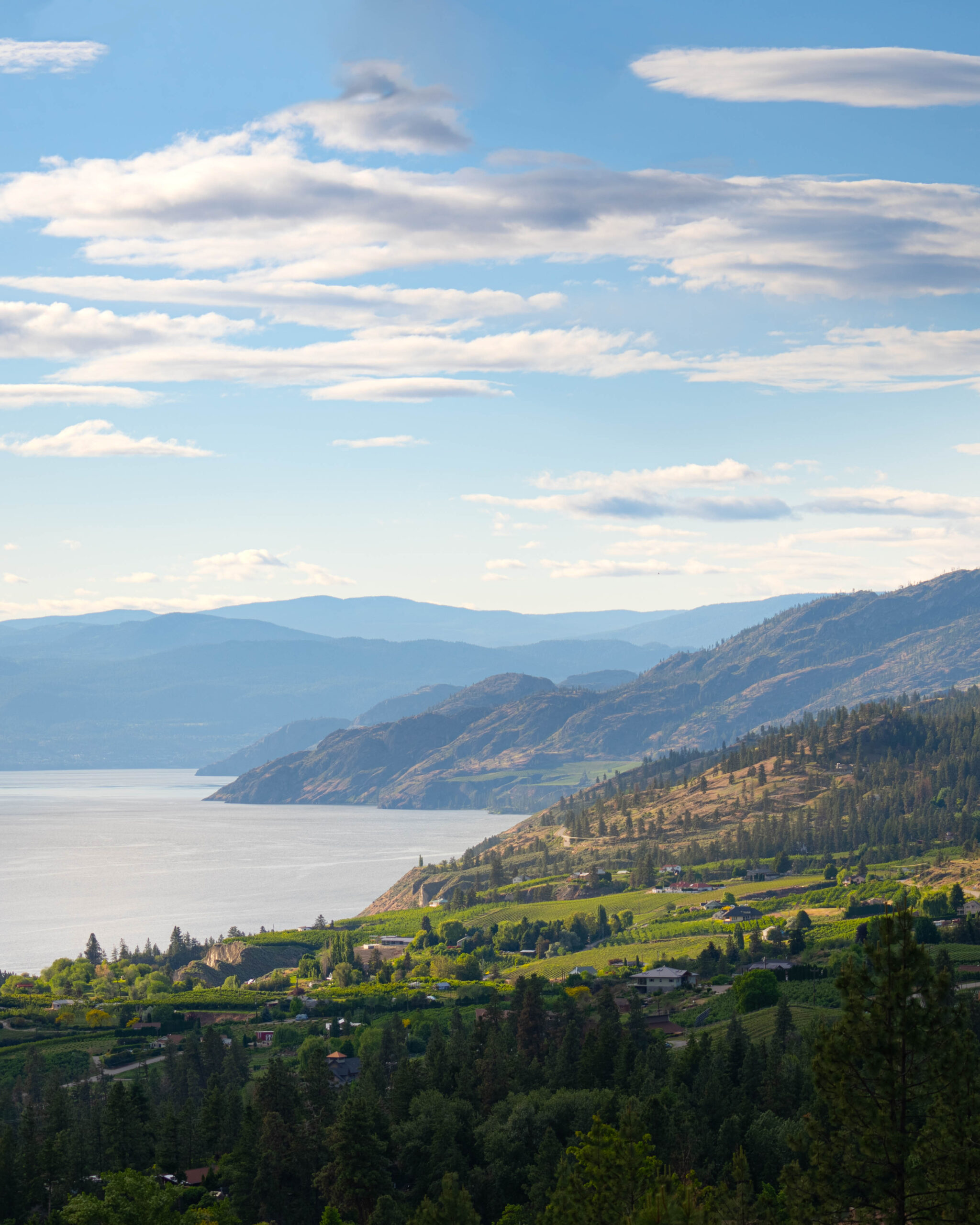 Behind the wheel of the Caddy, it’s all about making the most of the long drive. There are plenty of stops worth making between Vancouver and the Okanagan. Look out for the old railway stations named for Shakespeare’s characters along the remnants of the Kettle Valley Railway—make a game of it.

However, if you only have time for one stop, I recommend Row Fourteen’s newly opened kitchen. What started out as a farm retreat in Cawston, in the narrow of the Similkameen Valley where there are little more than fruit stands in the summer, has morphed into a world-class farm-to-table dining experience.

Seasonally informed, Row Fourteen creates meals from cultivation. The food is directly curated by the land, the farmers, and the chef’s imagination in the hope of bettering the relationship between organic produce and creative cuisine.

Built on the 14th row of an apple orchard (the cider is to die for) and designed in light woods like an open-air West Coast commissary, the restaurant was born after lodging guests asked for dining options when there were none. The agricultural retreat needed to diversify, so it brought a table onto the farm.

Farther down the road, on the way in or out of Naramata centre, the switchbacks of the bench will take you past Legend Distilling. The perfect place for a quick imbibe and snack, this craft distillery produces premium small-batch gin, vodka, whisky, and liqueurs—hand made and packaged on-site using local botanicals. The tasting bar is open year-round, and the whisky is award-winning. Take picnic-style meals featuring fresh salad bowls, sandwiches, charcuterie boxes, marinated olives, pickles, and cheeses to go for the road or enjoy them on the patio overlooking Lake Okanagan. It’s the perfect start or end to your time in the valley. 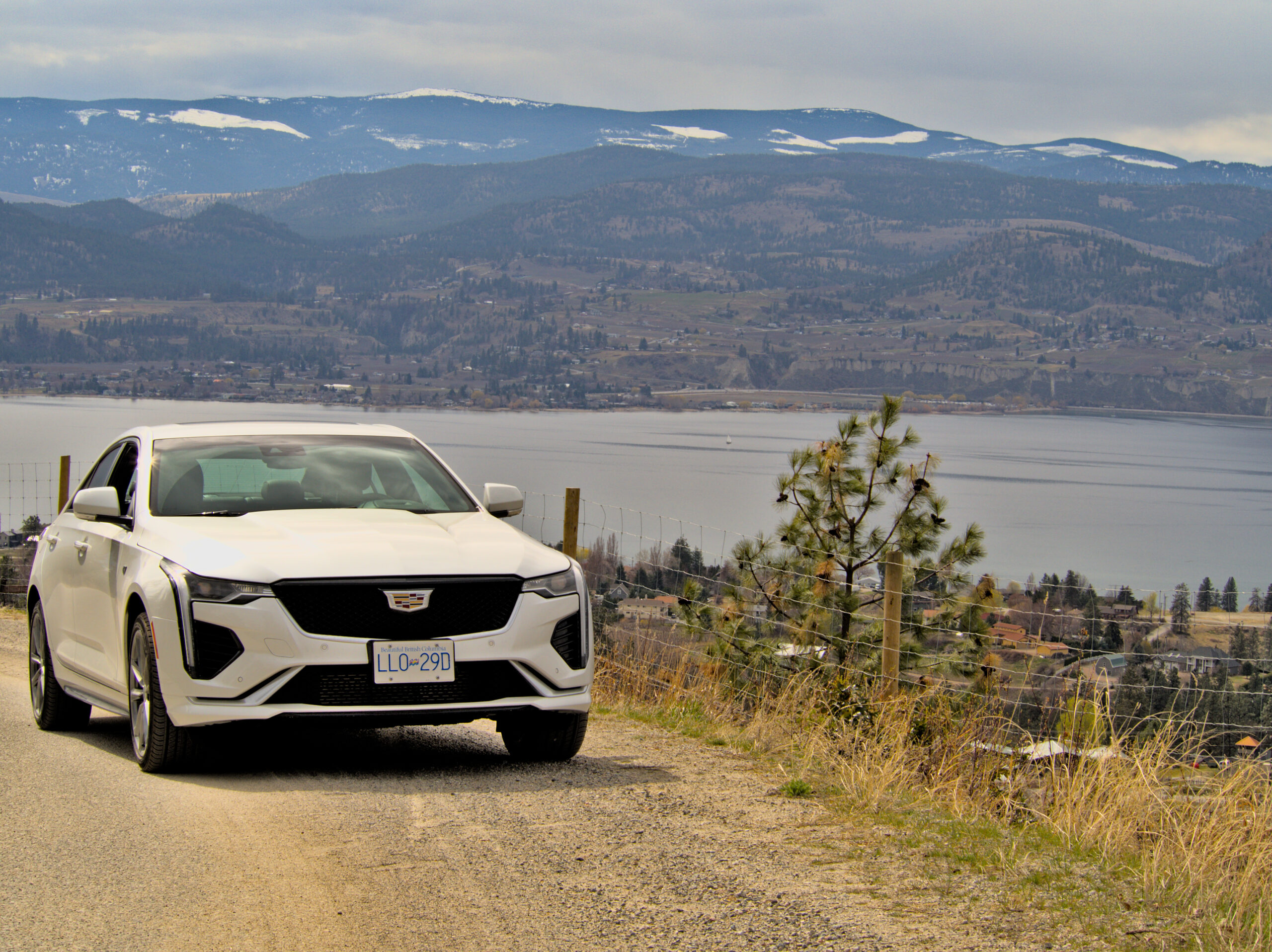 The glittering lake at the centre of the Okanagan is a major draw for summer tourists, but in truth, the hyperlocality of the food and wine scene is what makes the blink-and-you-miss-it town worth the trip.

The locals refer to the centre of Naramata as “the village,” and winemakers or wait staff alike recall community events informed by food, much of it anchored by the not-so-newly opened Naramata Inn. The 113-year-old inn was recently bought and renovated by chef Ned Bell; his wife, communications specialist Kate Colley; and their business partners, designer Maria Wiesner and retired A&W Canada CEO Paul Hollands.

The lodgings maintain the original 1908 charm complete with claw-foot bathtubs and vintage desks, but the welcome basket of French-informed Naramata cuisine on top of the antiques makes the experience exceedingly relevant in today’s conversation about slow food.

“For food of place, you need your feet in the dirt,” says Bell, the former Ocean Wise executive chef for the Vancouver Aquarium. When I ask why he left such a high-profile position to open an inn in a sleepy town, he explains how he was drawn back to the community where he grew up. Bell says that neighbours will appear at the kitchen door and offer them produce, and that will influence the menu that day or week.

Everywhere you look, the story is the same in Naramata, one of intense community. 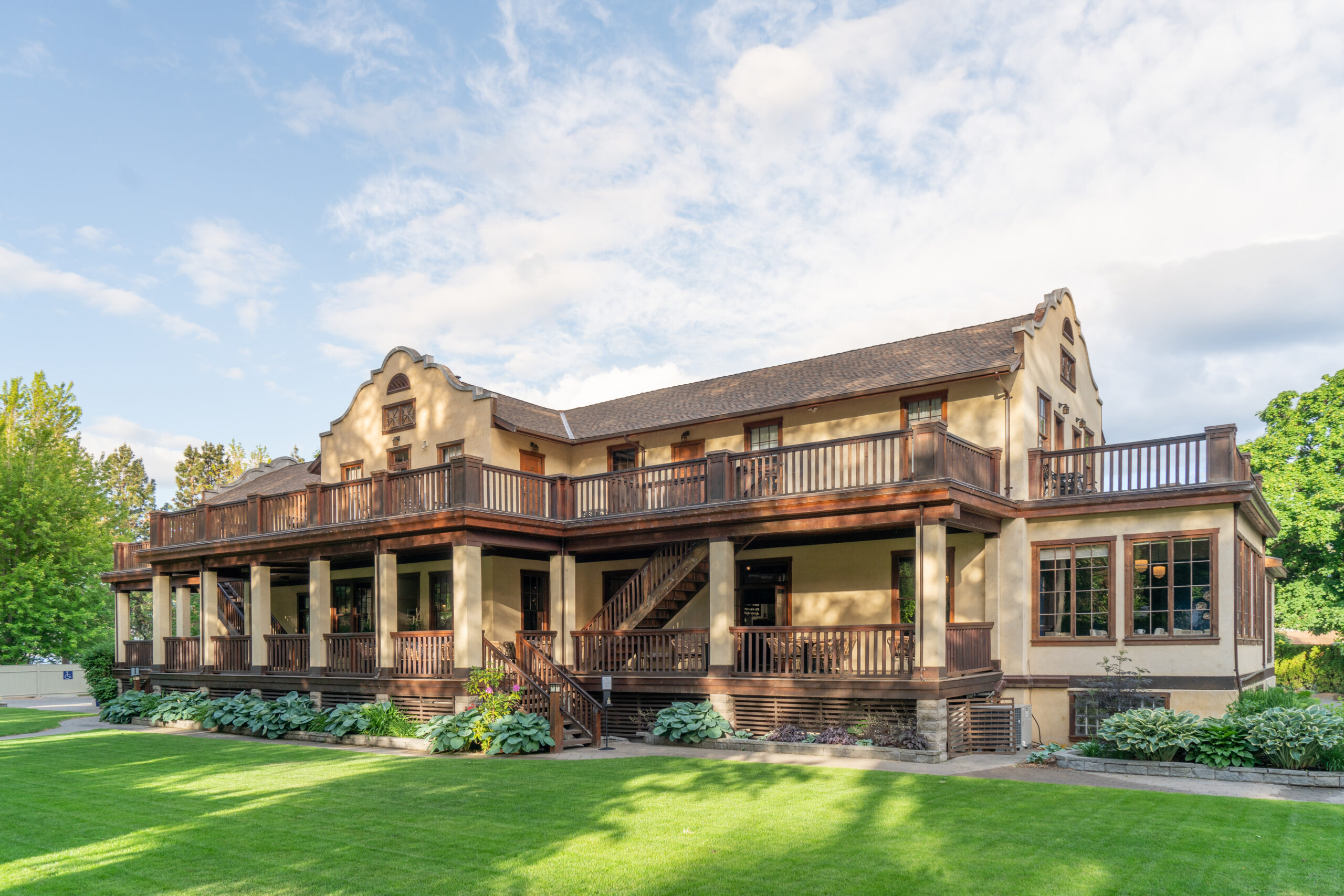 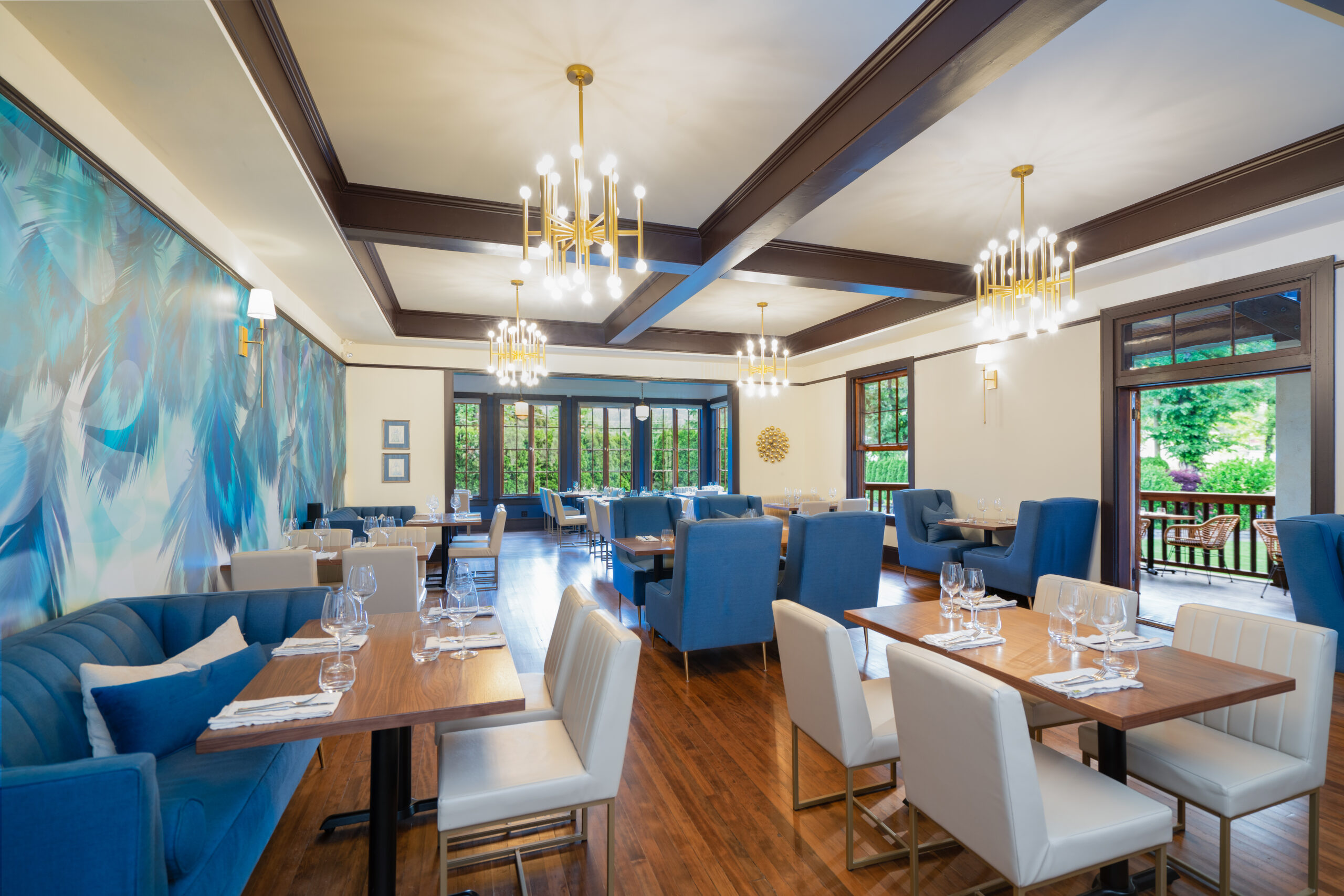 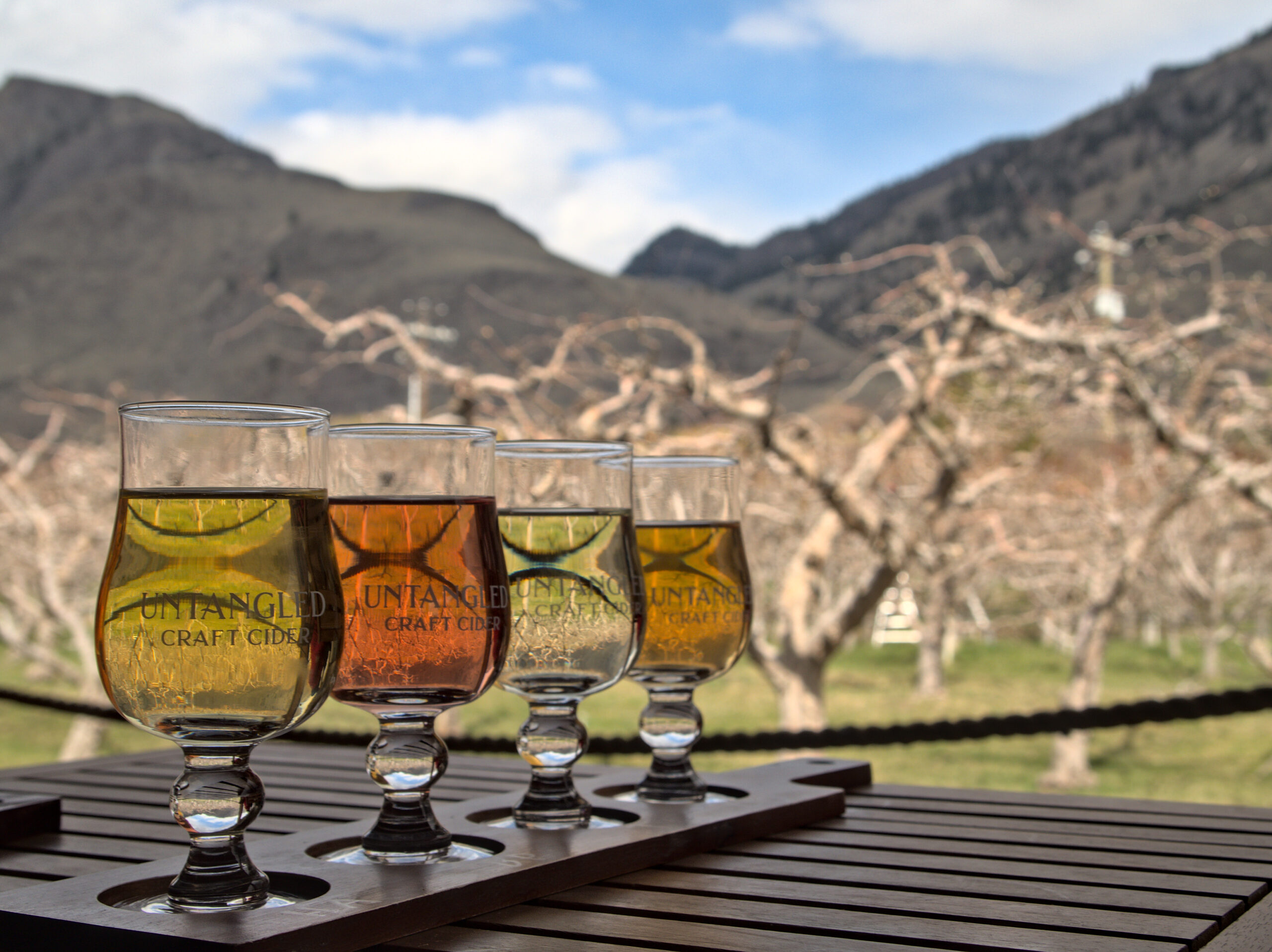 Winemaker Jay Drysdale of Bella Wines is running a small but mighty operation that follows ancestral regenerative farming practices including using pigs and chickens to forage and till the soil under his home block. When his pigs are old enough, he plans to offer one to the restaurant and one to the community feast that happens each year.

The hospitality of the place quickly reveals itself with each subsequent venture along the bench. Matt Sherlock, winemaker extraordinaire at Nichol Vineyard and co-owner of Lock & Worth with Nichol’s owner/winemaker Ross Hackworth, indulged us with a tour of the vineyard and was incredibly patient and knowledgeable. He made it clear that he has the time for anyone genuinely interested in learning about what they do.

Nichol Vineyard is family-run like most places worth visiting in Naramata. It was among the first three pioneering wineries on the Naramata Bench and the first to grow syrah in Canada. Currently all the grapes grow within 900 metres of the winery, and the vineyard continues to operate on a small scale, focusing on the quality of the grapes and the subsequent élevage in the winery.

Daydreamer Wines is another small family-run winery, a short jaunt up the road from Nichol. Co-owner Marcus Ansems comes from a winemaking family in Australia and is one of 10 masters of wine in Canada. He and his wife, Rachel, built Daydreamer on the principles of growing without systemic fungicides, herbicides, and pesticides, small-batch processing, and a sustainable approach. The Who and What of Hands-Free Driving Technology