On Sunday, July 21, a week’s worth of activities celebrating the 100th anniversary of Aston Martin culminated in a single-marque concours d’elegance in Kensington Palace Gardens, the ideal setting for the very weekend the royal baby was due.

Over the course of centenary week, Aston Martin owners from around the world gathered at company headquarters in Gaydon, some 140 km northwest of London, to tour the facility where the current fleet of cars is painstakingly pieced together by hand. 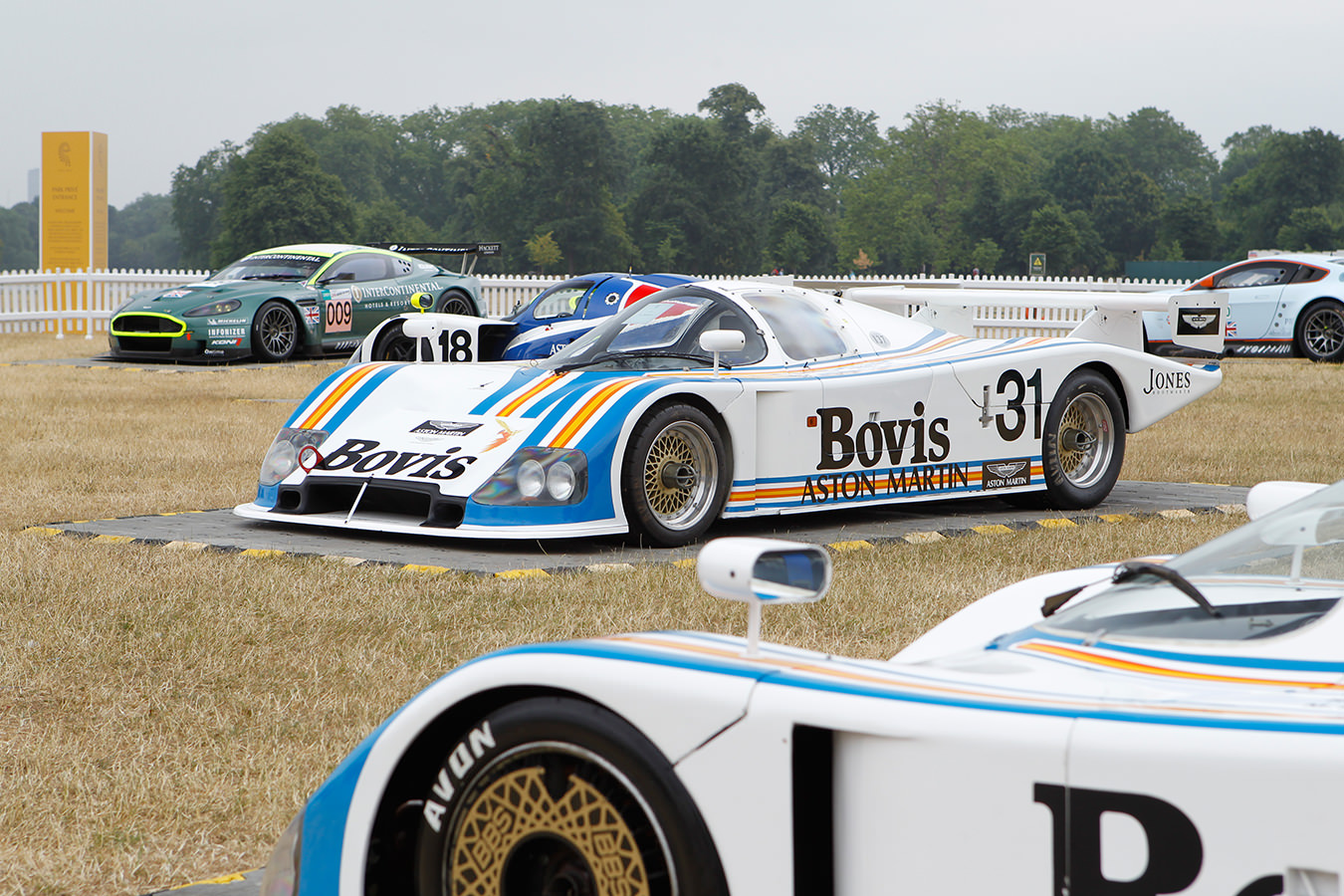 A selection of Aston Martin racing cars, including the 1982 Nimrod (centre).

Visitors also had the opportunity to tour the original factory, in Newport Pagnell, now home to Aston Martin Works, the only place in the world where factory-approved restorations take place. Here, for a fee, an Aston Martin of any vintage, any provenance, and in any condition can be transformed into something far more priceless.

The Kensington Gardens extravaganza provided a brilliant stage for a staggering fleet of Aston Martins from both the modern era and from earlier periods. There were some 550 cars in attendance—the single largest gathering of Aston Martins ever— including some of the rarest models in existence, most of them brought to the party by private owners.

The cars that drew the most admiration from the crowd included the A3 from 1922 (the oldest known surviving Aston), the iconic DB5 of James Bond fame, the futuristic Bulldog concept from 1980, and three concept cars created in honour of the centenary—the DB9 Spider Zagato Centennial, the DBS Coupe Zagato Centennial, and the CC100 Speedster Concept. 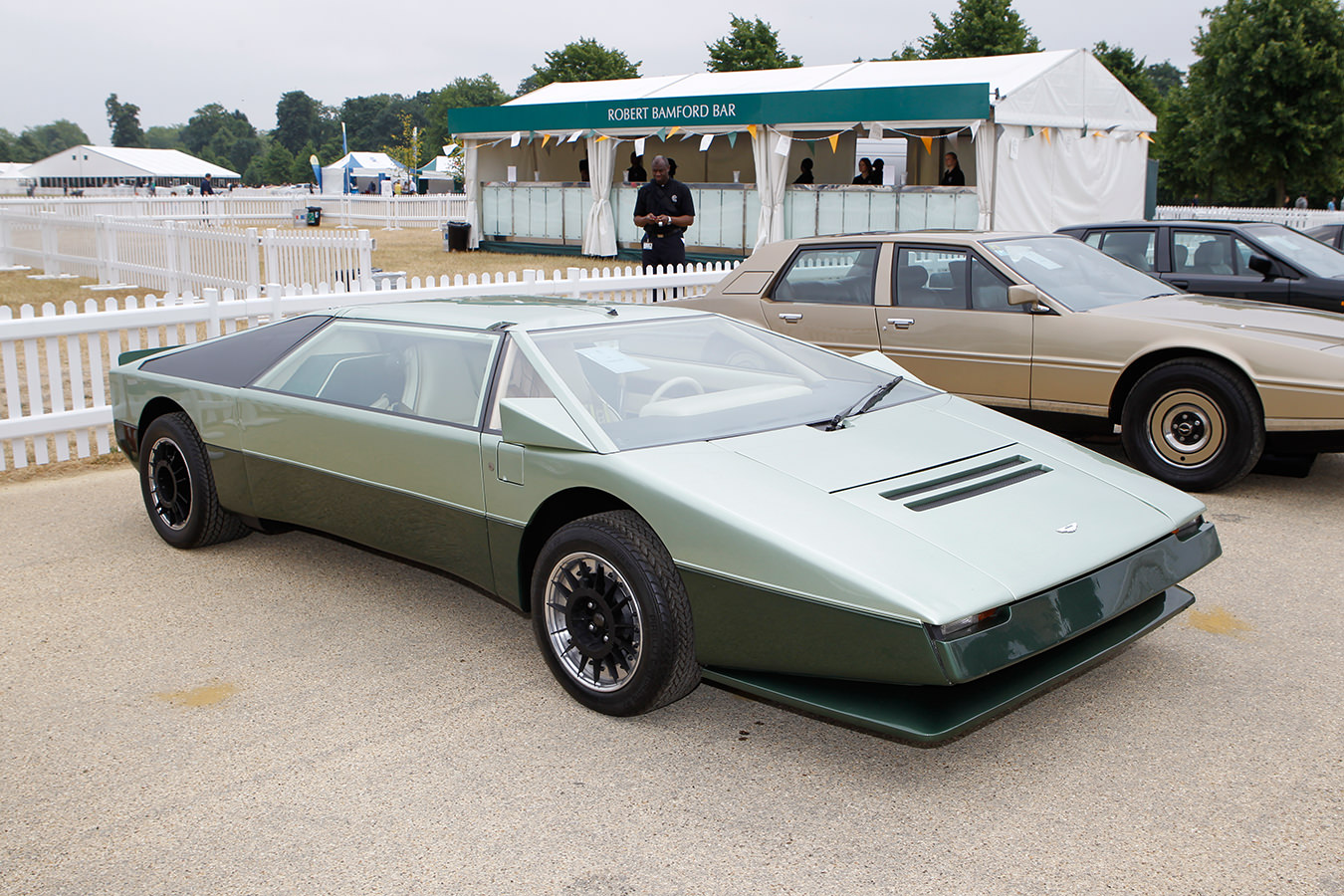 The Bulldog concept car from 1980.

The association between Aston Martin and Italian design firm Zagato Atelier first began in 1961 and the half-century mark was celebrated with the release of the menacing Aston Martin V12 Zagato in 2011. Both of the centennial Zagatos were produced for private collectors, so there’s no telling when they may be seen at a public gathering again.

Unveiled at this year’s 24 Hours Nürburgring race weekend in May, the CC100 was designed and built in just six months—scarcely believable considering the development cycle for the typical car is measured in years. Of course, there’s nothing typical about this concept. 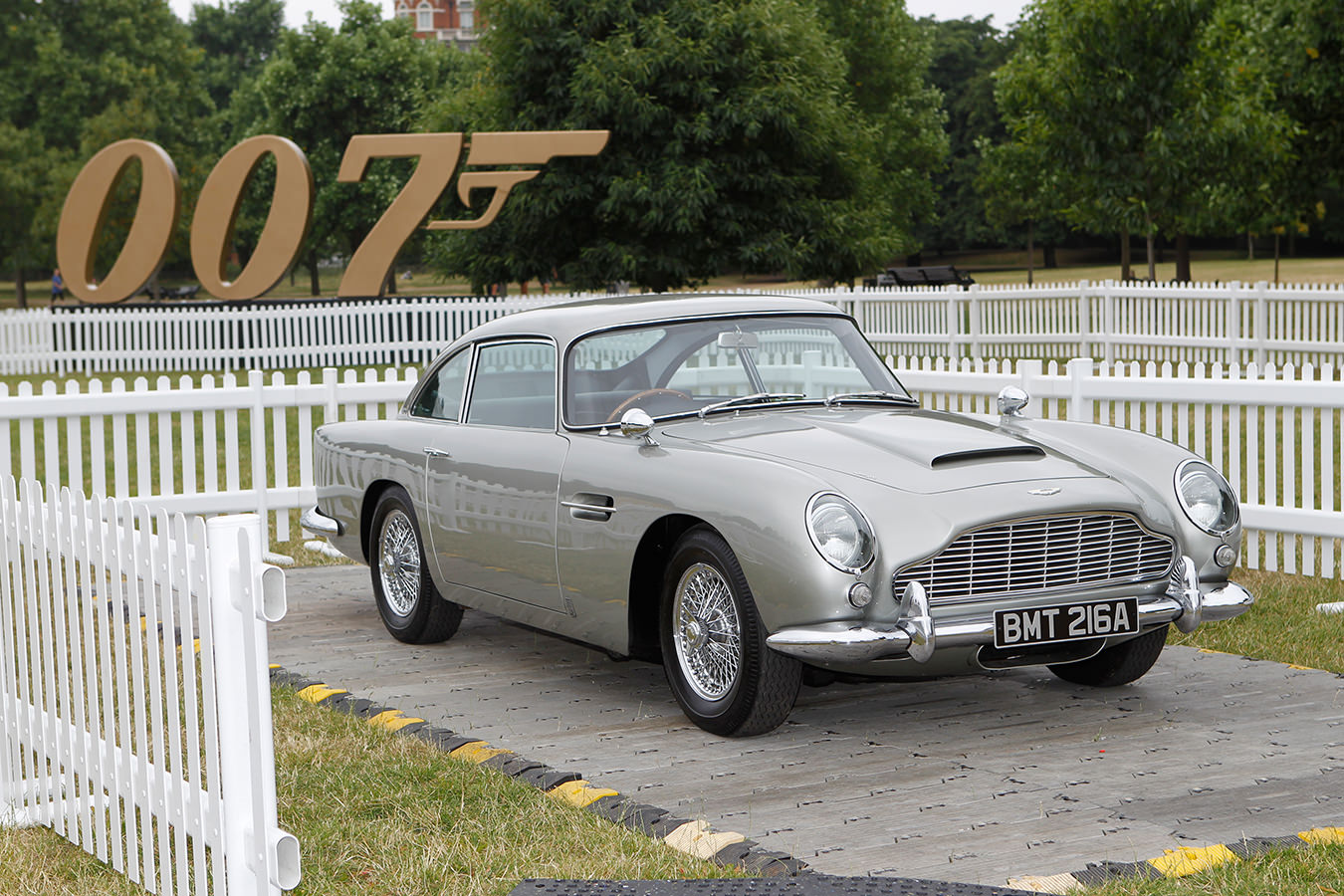 The DB5 featured in Skyfall.

Designed entirely in-house by the team led by Marek Reichman, the CC100 is the spiritual successor to the Aston Martin DBR1 that was raced in the 1950s and most famously won the 24 Hours of Le Mans in 1959 before winning the World Sportscar Championship that same year. The open-cockpit CC100 is meticulously crafted inside and out. The swooping, carbon fibre body panels, swan-wing safety bar doors, and Stirling Green paint (named for renowned race car driver Sir Stirling Moss, who drove the DBR1) create an unforgettable silhouette. Inside the cabin, glass control buttons, and the hand-stitched Bridge of Weir leather racing seats and straps make an equally indelible impression. 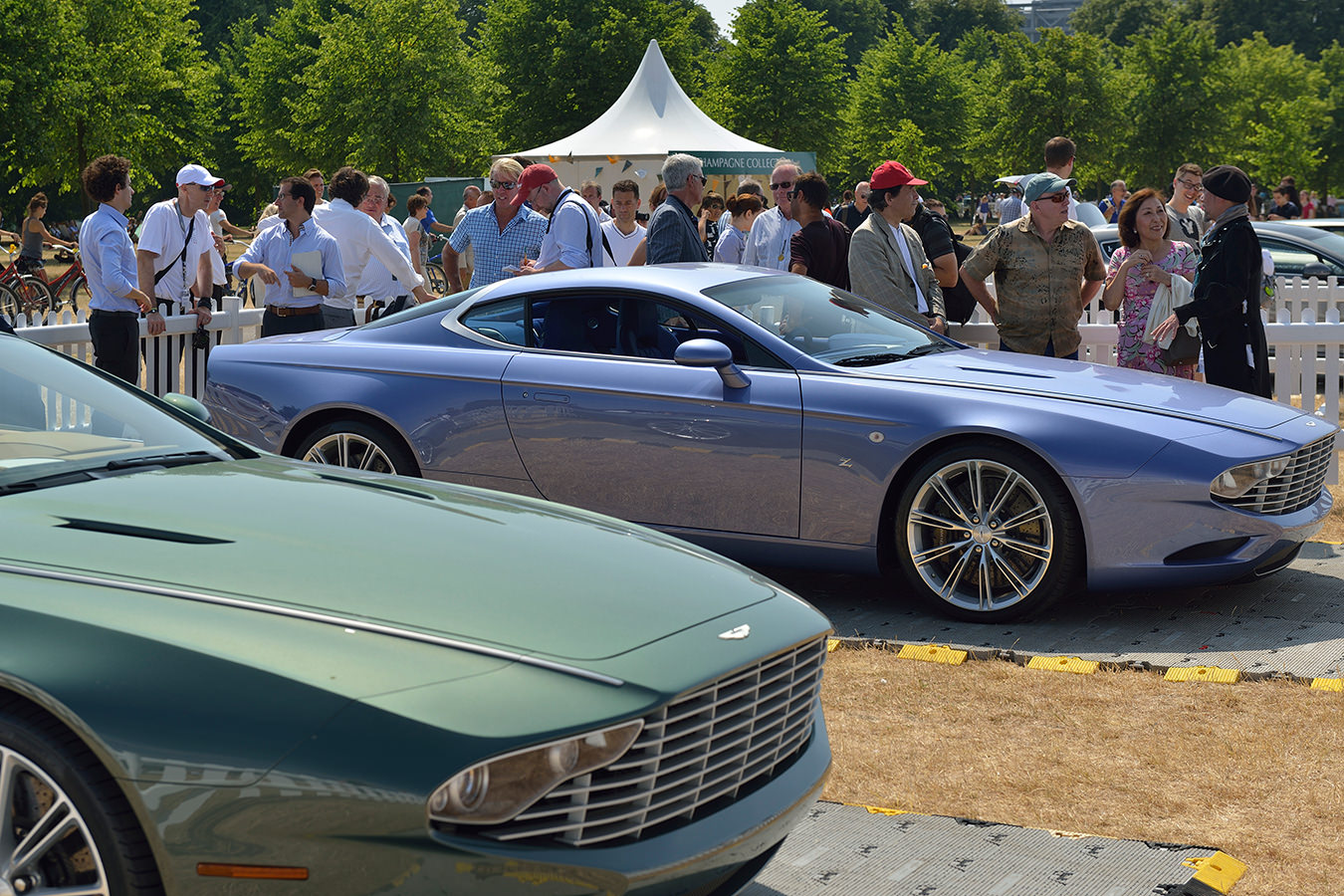 At the Aston Martin Centenary in Kensington, each era represented had its own superstar—for the modern age it was the CC100. The combined value of all the cars in attendance at the celebration hovered around the £1 billion mark (nearly $1.6 billion Canadian). All in all, a great occasion befitting a great car brand.