Naples is the toy boy of Italian cities—desirable and unreliable, but when it works, it works. The city is full of hidden gems, artisans tucked away in dark corners of bustling streets and narrow alleyways. It’s a town of pizza and tailors; little maestros scurrying with flour or fabric popping in and out of side doors with peeling paint; grand buildings and graffiti; a Madonna on the wall adorned with Christmas lights; perpetually broken stop lights; the best espresso; dangerously good sfogliatelle; a cross; and the red cornicello—the lucky charm that is as widespread as, if not more than, the crucifix.

The phallic red horn talisman (traditionally crafted in red coral) is worn to ward off the evil eye, malocchio in Italian—the envious gaze believed to cause harm. Malocchio is well rooted in Neapolitan belief; the same Neapolitan who makes the sign of the cross passing in front of a church will also make the gesture of corna to fend off the evil eye and bad luck. Wearing a cornicello (some call it a cornetto) is meant to protect one from evil spirits. Naples has a masculine feel—though it’s the mamma that is really calling the shots. 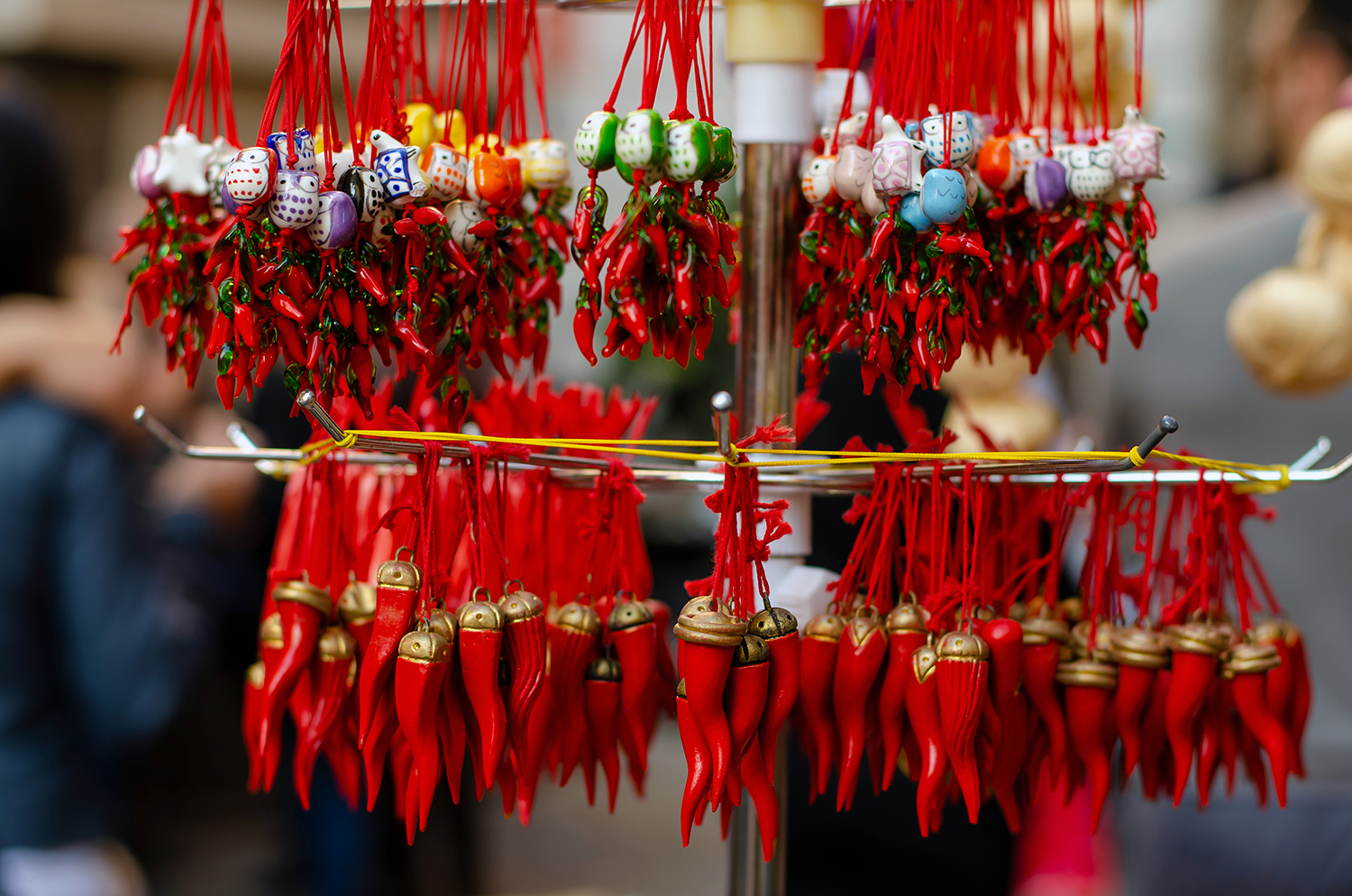 The cornicello. Via LivItaly.

The late Alan Dundes, anthropologist and folklorist at the University of California, Berkeley, wrote extensively on the subject of the evil eye. As he penned in The Evil Eye, malocchio is “a belief complex based on the idea that an individual, either male or female, has the power to cause harm to another individual or to that individual’s property by simply looking at or praising that person’s property.” That trait—some may say power—is considered innate. “You can’t say, ‘I want to learn how to give the evil eye,’” noted Dundes.

Ask any Neapolitan nonna, and she will confirm the evil eye causes severe headaches, nausea, and the explanation for a foul mood. She will also say the evil eye has great influence on one’s economic sphere and is also attributed to virility and fertility. As such, the cornicello—crooked and pointed—represents the phallus of the Greek god of fertility, Priapus. For the cornicello to be effective, it must be red, and most importantly, the horn cannot be bought for oneself but must be given as a gift.

The significance of the amulet extends far beyond Southern Italy’s terrain. Whether or not you believe in the amulet’s purported magical powers, it makes a great accessory and talking piece. And wearing this figurative armour of sorts makes one feel as though they’re actively preparing for life’s unexpected challenges. Ahead, discover iterations that embody mystical primeval qualities and create no harm in acquiring one for yourself. 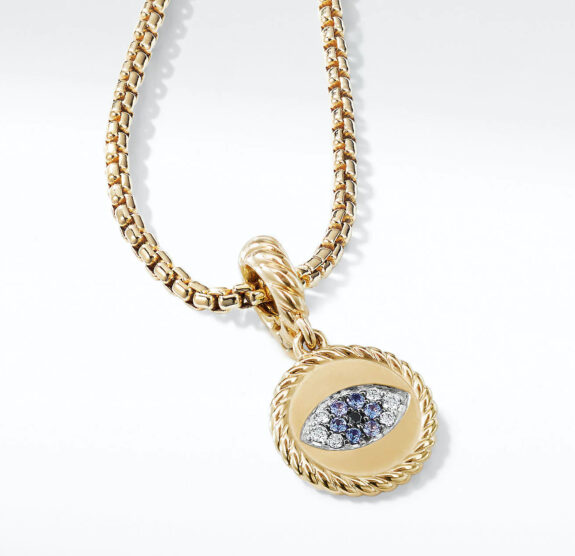 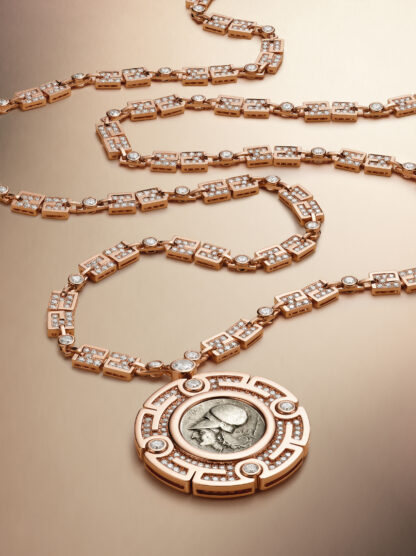 This talisman necklace is emblematic of jewellery worn during the Roman Empire. Bulgari honours antiquity with its Monete collection, and here an ancient Roman coin with 18-karat pink gold and diamonds. 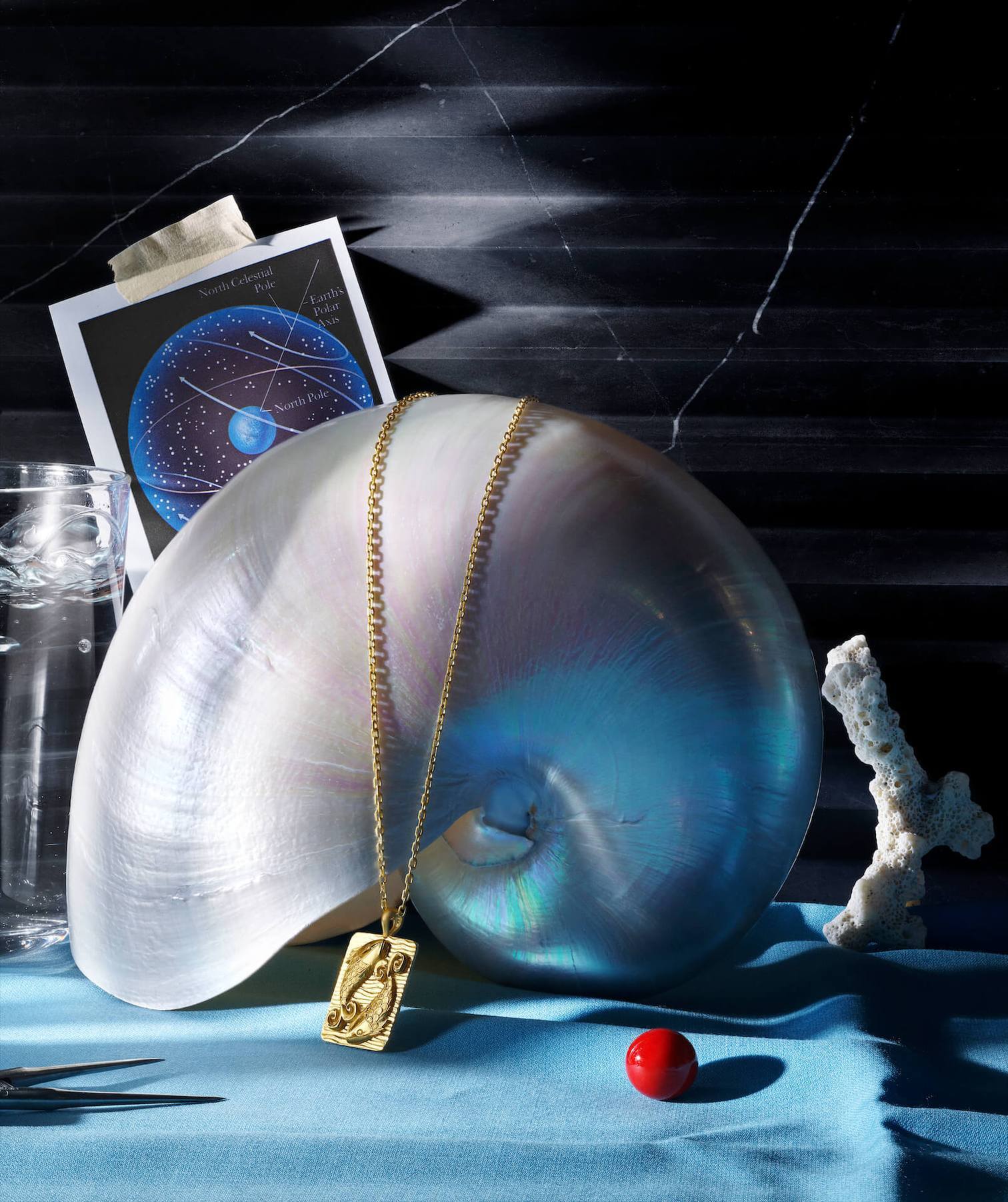 David Webb’s just-released Zodiac collection consists of rectangular rough-hewn 18-karat gold pendants that appear carved from an ancient slab of gold. The Ancient Egyptians believed in the protective and regenerative powers of amulets—the fish, a symbol of fortune for many cultures.

I Love My Jaipur 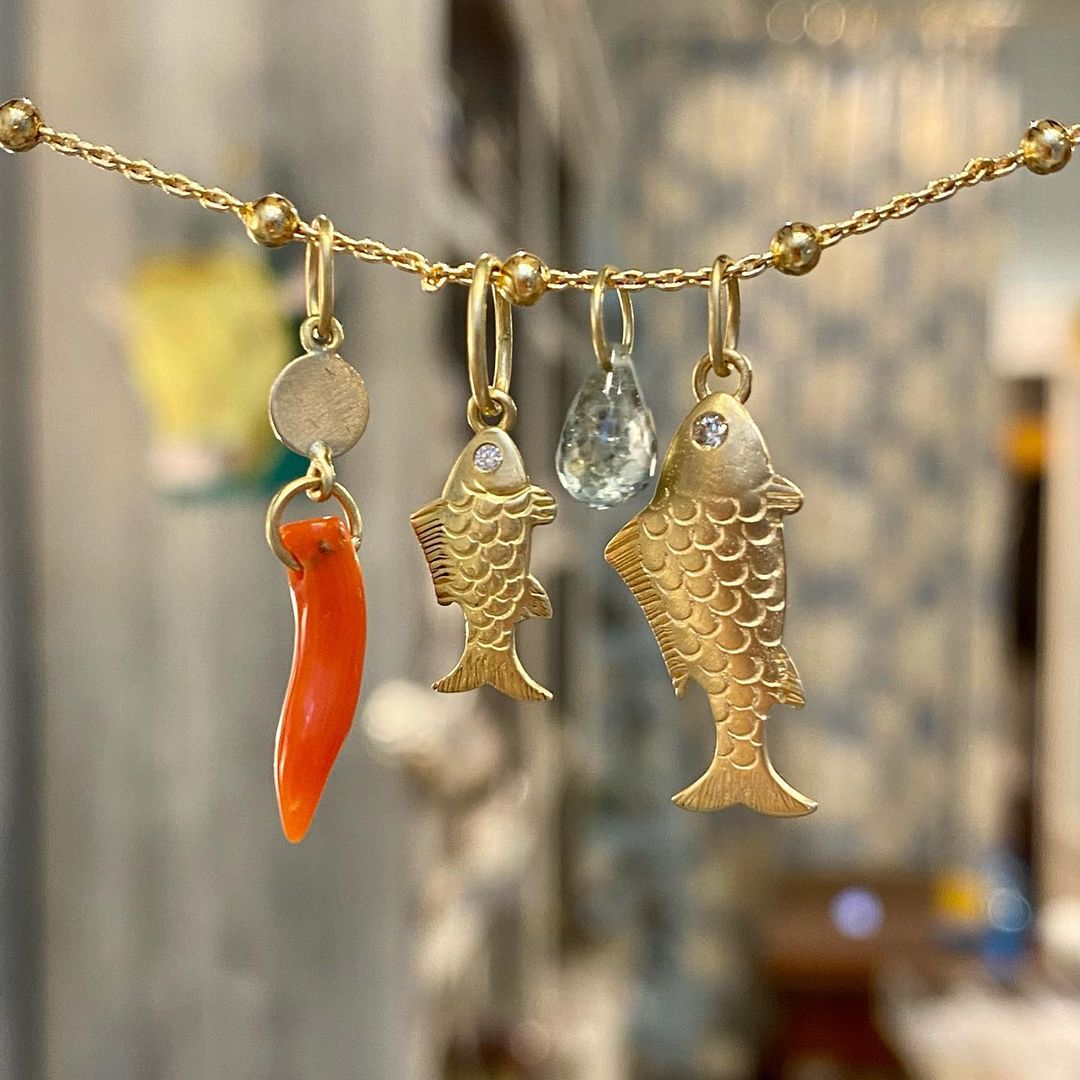 Milanese designer Monica Galletto is the creator of the bijoux for her I Love My Jaipur line. The collection is made up of amulets, talismans, pendants, and rings inspired by the magic of India paired with a whimsical Italian flair. 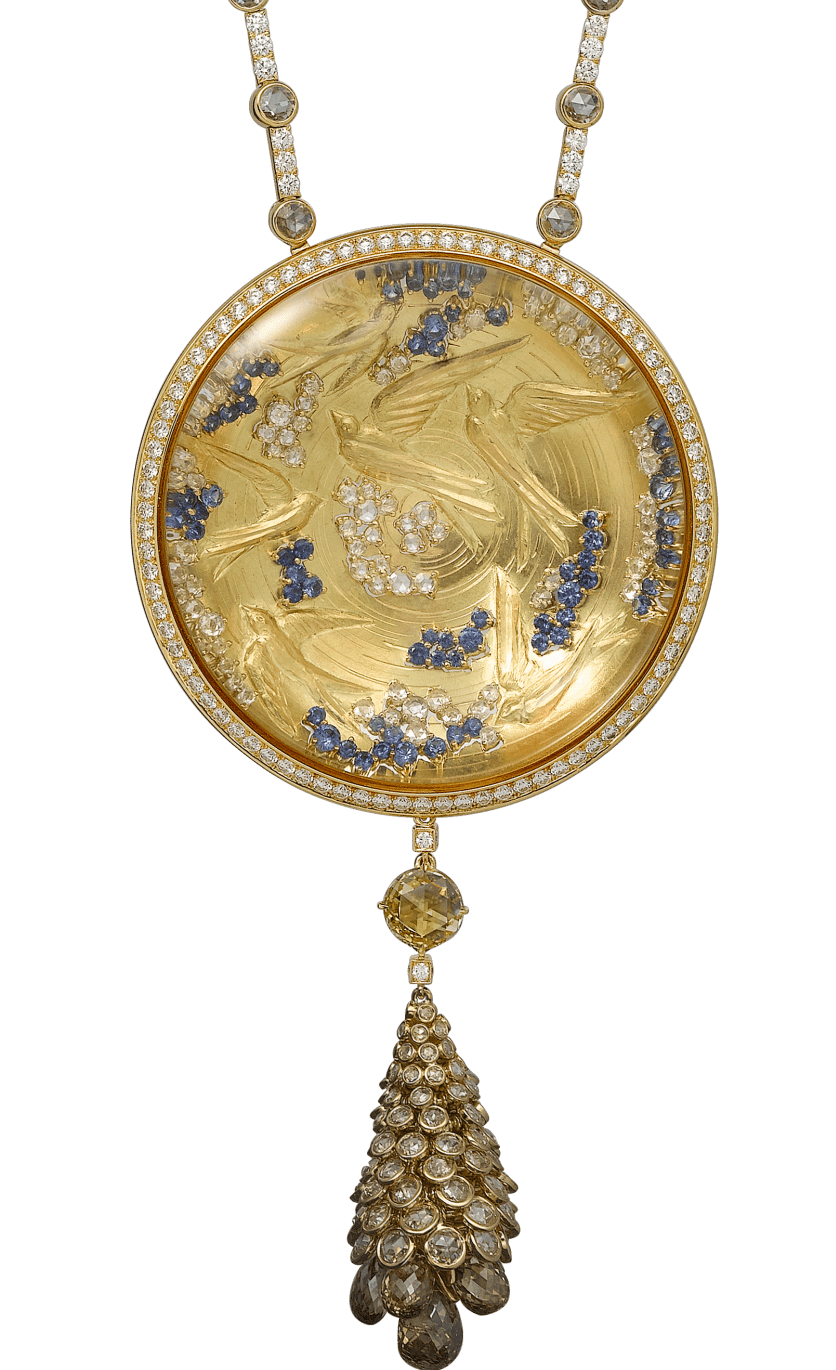 Cartier’s entry into the “lucky luxury market” (as the brand explained it) was in 2014 with Amulette de Cartier. While the line has become a staple in Cartier’s collection, this one-of-a-kind necklace in 18-karat yellow gold with a fancy brilliant-cut yellow diamond, along with brown briolette-cut diamonds, and white and brown rose-cut diamonds with sapphires, is sure to bring good fortune.