Since Virgil Abloh’s debut Louis Vuitton runway show at Paris Fashion Week spring/summer 2019, streetwear and Vuitton fanatics alike have been eagerly awaiting their chance to dress in the collection from the famed Off-White designer and DJ. Now, the moment has come for Vancouver. On January 18, the city’s Holt Renfrew launched an early release of the collection—among the first in the world, and the only Canadian location, to do so. 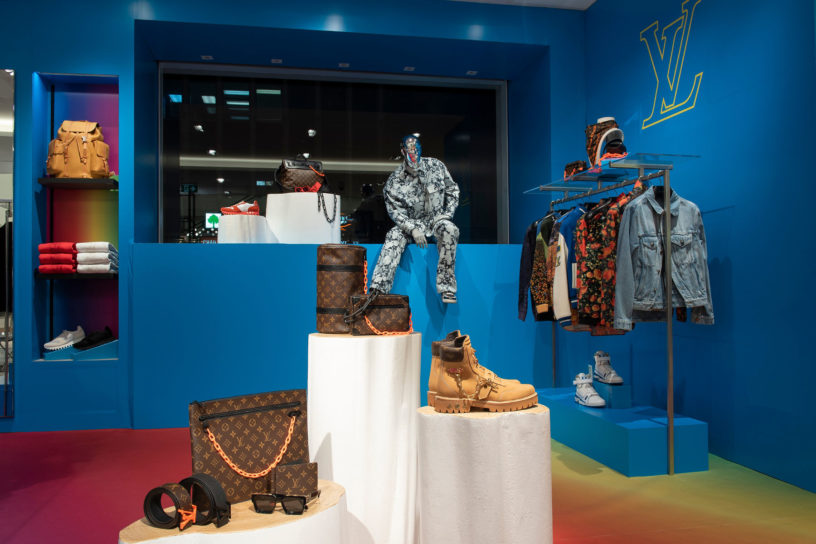 For the next six weeks, Holt Renfrew’s Louis Vuitton menswear shop is hosting a pop-up to celebrate the collection’s early release in Vancouver. Step inside, and you might just feel like you’ve been transported from a dreary-sepia toned life to one distinctly more Technicolor. The shop-within-a-shop reflects the collection’s The Wizard of Oz inspiration, bedecked with rainbow motifs and an actual yellow brick road on display. Those who had their eyes glued to the fashion show last year will remember standout items: tops depicting Dorothy laying in the poppy field, letterman jackets stitched with quotes from the film, button-ups with silhouettes of the four questing friends. 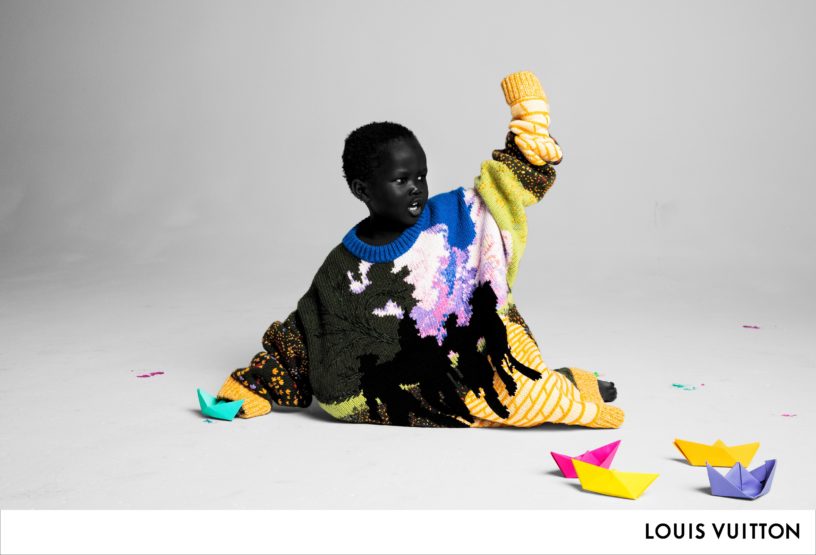 Image from the debut spring/summer 2019 campaign.

If you prefer a look less laced with Garland, the collection introduces sartorial details that will undoubtedly leave Abloh’s mark on the French fashion house. Many pieces harken back to the artistic director’s introduction to the brand way back when—a pouch attached to a shirt sleeve pays homage to the first Louis Vuitton leather goods piece he ever owned—in a process Abloh has dubbed accessomorphosis. Other highlights include the DNA shirt’s snipped collar, the casual-luxe blended with both natural and synthetic fibres, and a certain cutaway vest that bedazzled and bewildered Golden Globe-viewers when actor Timothée Chalamet sported a sparkling version on the award show’s red carpet.