Interested in becoming a Rolex collector? First, you have to learn the language. Starting in the 1980s, collectors began nicknaming certain vintage Rolexes based on their features as a way of describing and dating them. Here’s a quick lesson on how to speak their language. (Note: These are not official Rolex terms.)

The Bombay: Gets its name from bombé, a word originally used to describe the accentuated lugs found on some Oyster cases from the late 1940s through the 1950s. 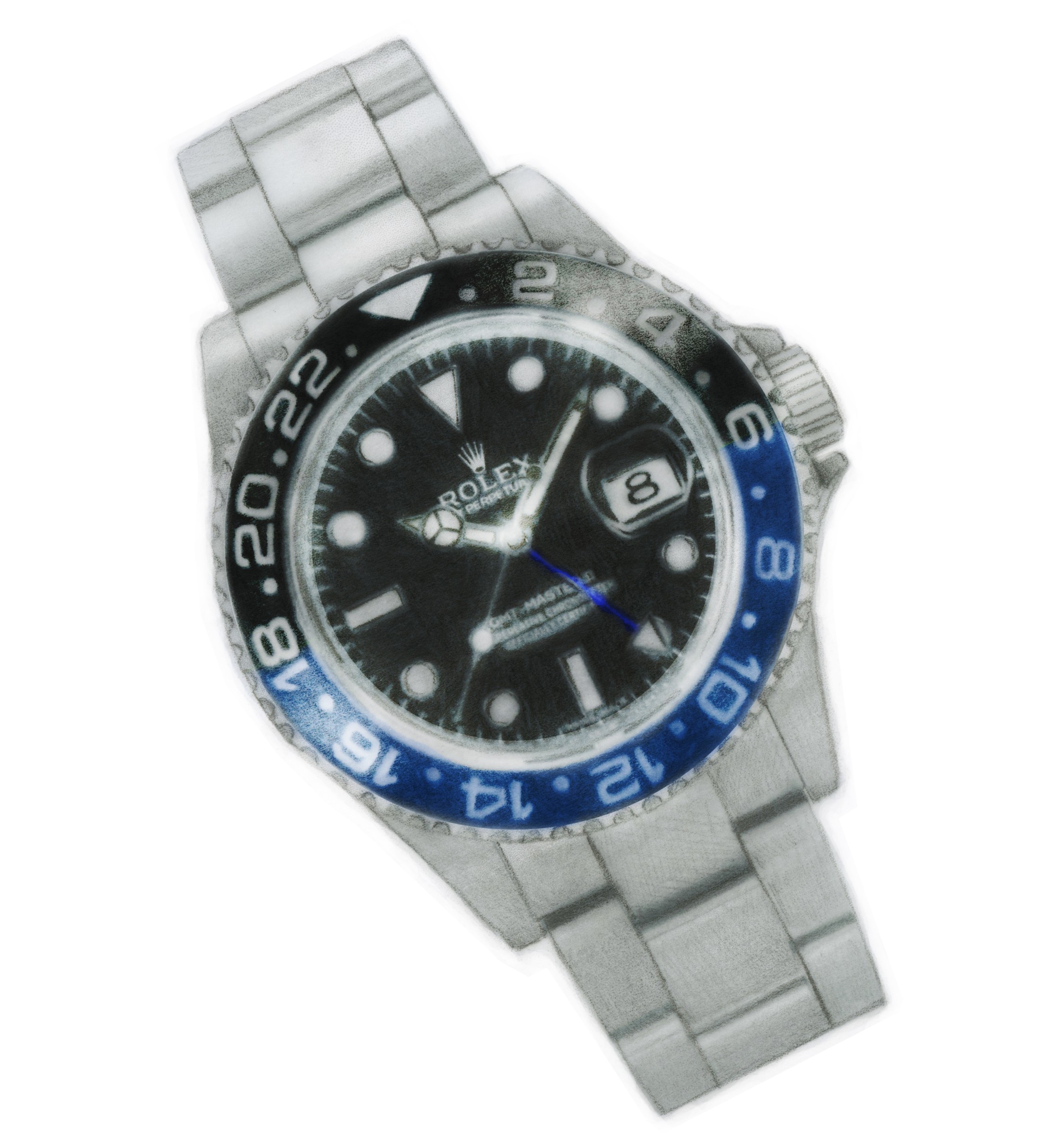 The Bruiser (also called the Batman): A bezel that is half black and half blue.

Bubbleback: Named for the convex shape of a caseback produced from the 1930s to the 1950s. 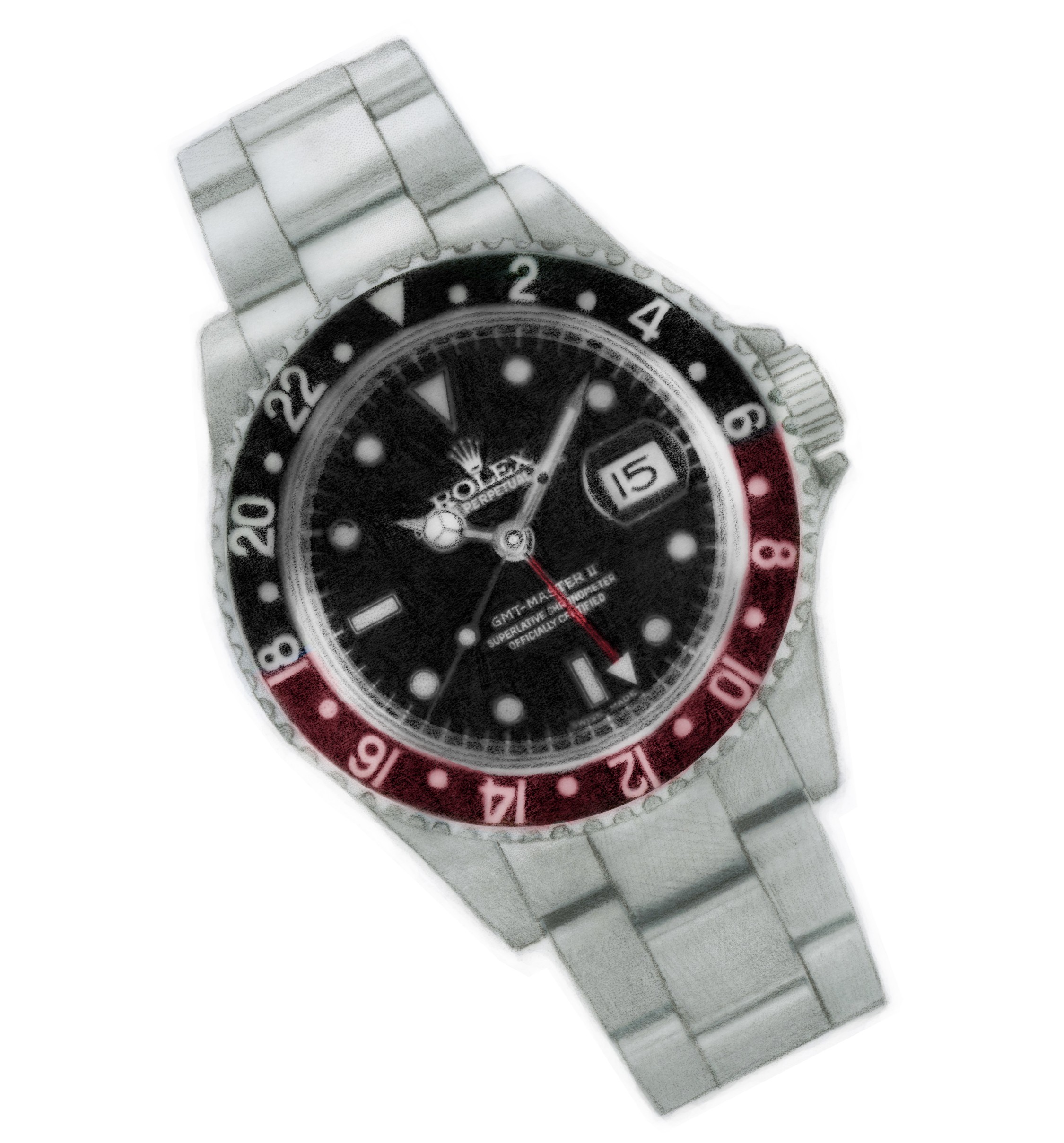 The Coke: A bezel that is half red and half black, red being seen in the Coca-Cola logo. 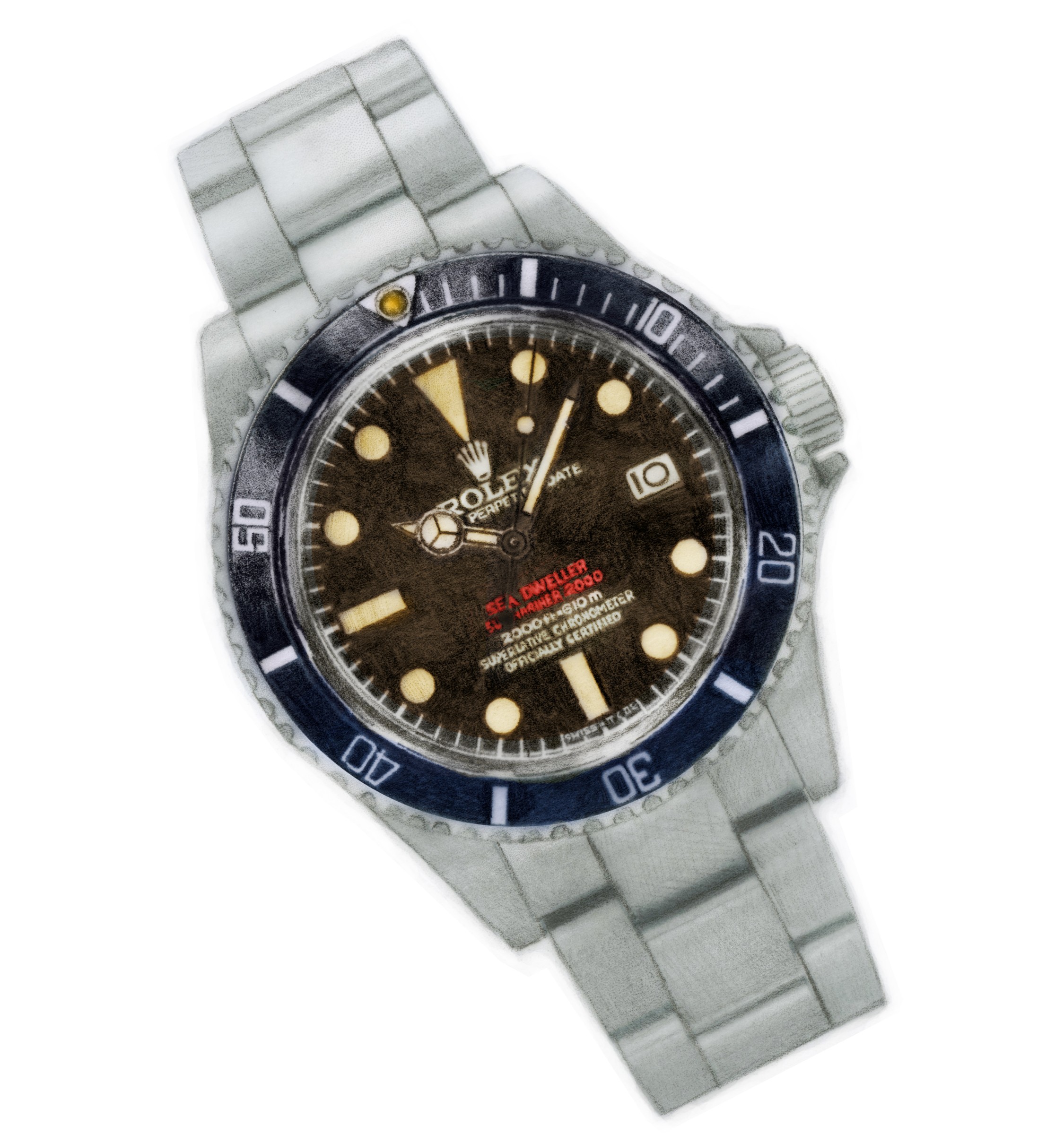 Double Swiss Underline: An early 1963 Daytona with two Swiss designations, one barely peeking up above the bezel, the other just above it at 6 o’clock. The underline refers to a line under the signature that signifies the use of tritium rather than radium to illuminate the indexes.

The Hulk: A Rolex Submariner with a green dial and green Cerachrom bezel, introduced in 2010.

Jumbo logo: When the Daytona logo is wider than the Rolex logo on the dial signature. 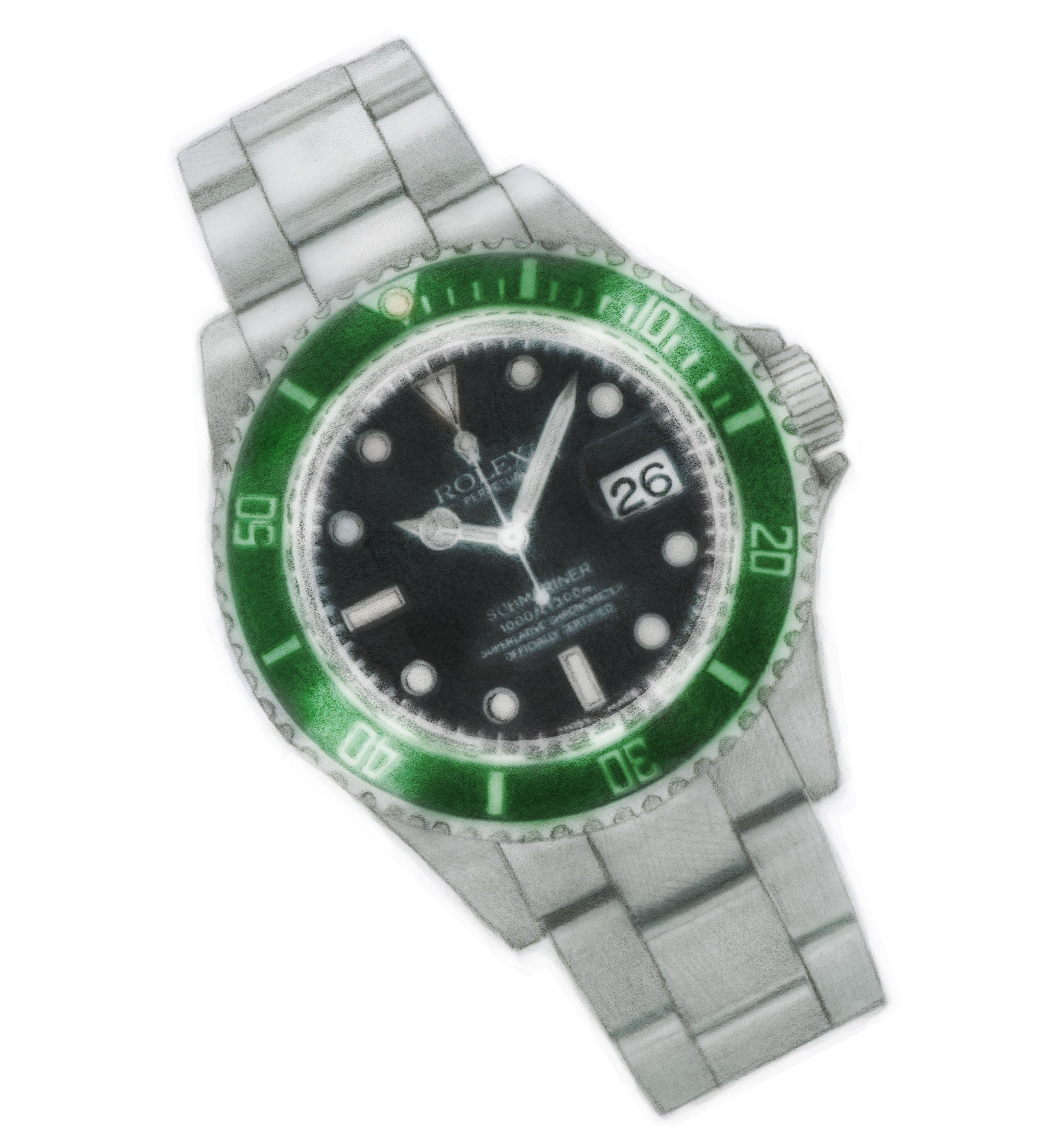 The Kermit: A black dial with a green bezel.

Panda dial: So called because of the arrangement of black subdials at 3 o’clock, 6 o’clock, and 9 o’clock over a white dial, resembling the face of a panda. 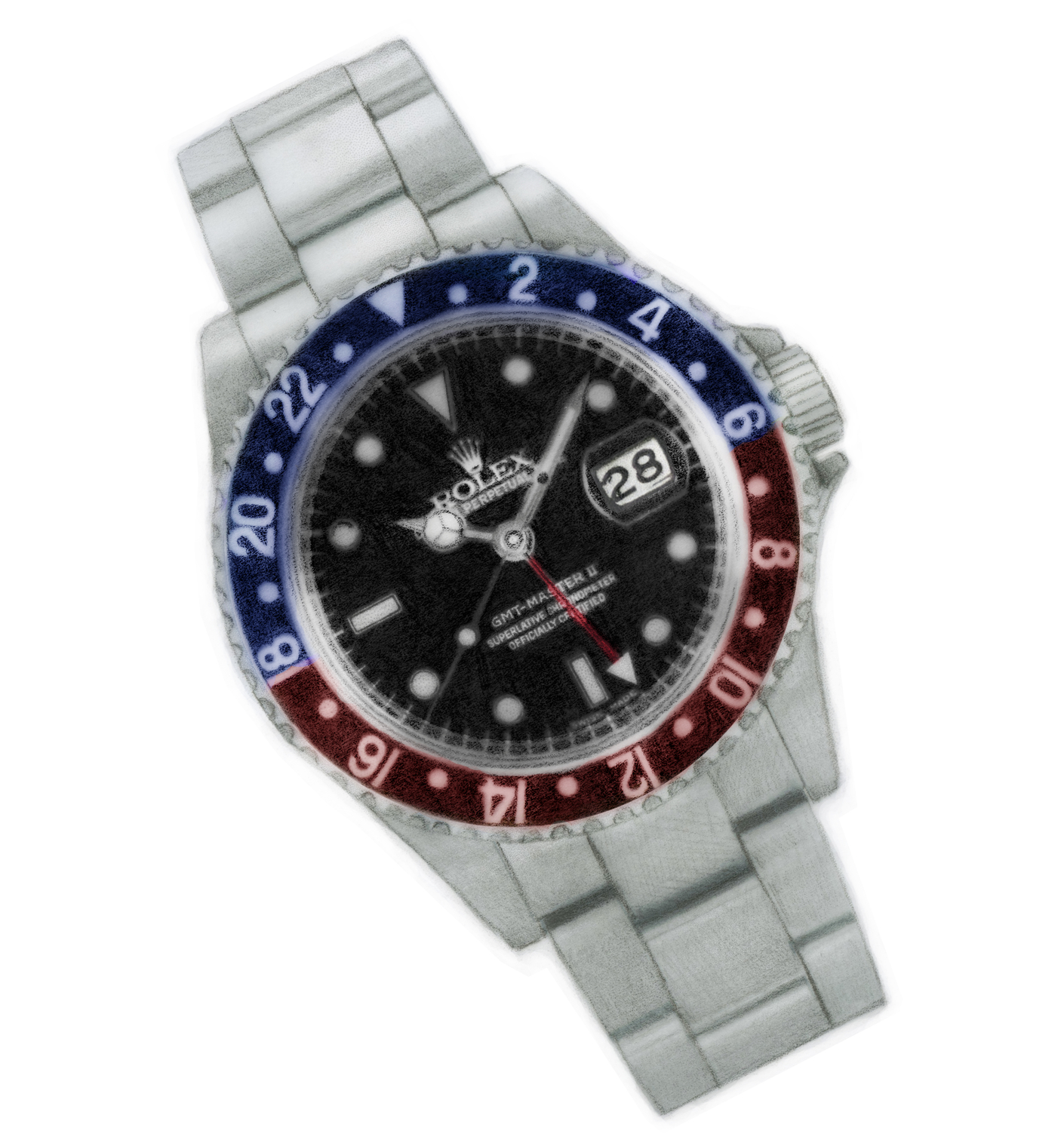 The Pepsi: A bezel that is half red and half blue, the colours of the Pepsi logo.

Reverse Panda: As above, except that the subdials are white and the dial is black.

Sigma dial: An early Daytona with lowercase sigma marks flanking the “T Swiss T” text at 6 o’clock on the dial, designating the use of gold for the hour markers. The T indicates the use of tritium on the dial.

Solo Daytona: An early 1960s Daytona with only the Daytona signature under the Rolex logo, with no Oyster or Cosmograph text.

Stelline dial: A variation of the Rolex reference 6062 with faceted gold stars to mark the indexes on the dial.

The Luxury Industry’s Response to COVID-19