Tucked discretely among the cobblestone streets and boutique hotels of Montreal’s posh Vieux Port, online luxury fashion platform SSENSE’s new five-storey flagship is relatively inconspicuous next to the Notre Dame Basilica. Its only giveaway is the steady pilgrimage of Balenciaga and Gucci-clad faithful, coming to worship at their aesthetic alter.

Aptly called Ssense Montreal, the space is meant to be a spatial and spiritual reflection of ssense.com and marks the e-commerce leader’s most ambitious leap from URL to IRL (it previously had a smaller boutique down the street). Developed around a conceptual harmony of commerce, culture, and community, the David Chipperfield Architects-designed 13,000-square-foot space behind the original 19th-century façade features enough concrete to make even the most zealous brutalist blush—the store is as austere as its offerings are aspirational. While Ssense Montreal could easily be a shop one would plan an afternoon around in Tokyo or Paris, such an elevated and conceptual retail experience feels like unfamiliar territory in Montreal; a cartographer would label it on a map: “Here be cool kids.”

The 13,000-square-foot space is meant to be a spatial and spiritual reflection of ssense.com and marks the e-commerce leader’s most ambitious leap from URL to IRL.

“We feel that there isn’t any other shopping experience like this in the world. Montreal has deep roots within the arts and culture, and with Ssense Montreal we believe the city now has a shopping experience that acknowledges this creative heritage and will allow for Ssense and the city to connect in different ways,” says Krishna Nikhil, Ssense chief merchandising officer. 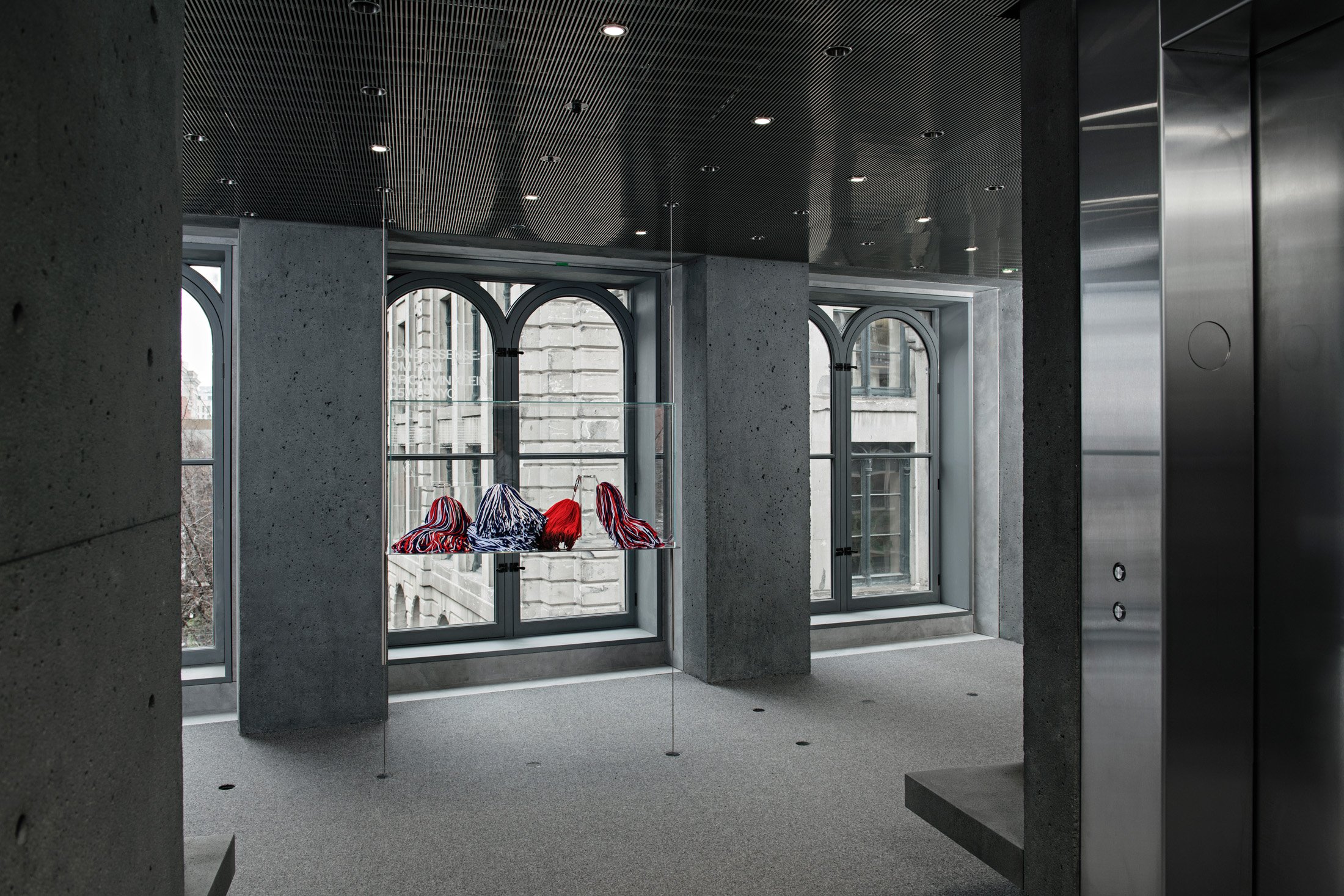 Sartorial creativity is integral to Ssense Montreal. That said, its space is semi-void of clothing; the first floor features a small gallery of key pieces from the likes of Jil Sander and Mackintosh. On the second floor, one finds its opening party’s performance-turned-installation, Arca / Tormenta, by cult electronic musician and cultural phenomenon Arca (commissioned by Ssense and Prada).  Projects like Arca / Tormenta indicate the space’s usefulness as a platform to both emerging and established, local and international talents—not unlike Ssense’s website, which was of the first retailers to carry brands such as Virgil Abloh’s Off-White and Wales Bonner, both of whom have upcoming programs at Ssense Montreal.

“We’re challenging the conventions of a traditional store, in how the space is entirely flexible. We’re able to host an ambitious, site-specific performance one night … and a shopping experience that merges online and offline the next day,” says Nikhil.

“We feel that there isn’t any other shopping experience like this in the world.”

The third and fourth floors feature eight studio-sized fitting rooms where clients can have their wishlists come true. By booking an appointment on SSENSE’s new website, one could be Instagramming themselves in any of the retailer’s 20,000 online offerings within 24 hours. Whether allocating this much space to the try-and-buy model is a gamble or a game-changer only time will tell. For those walking in off the street without an appointment, Nikhil assures that items can be delivered from the warehouse to the store within 60 minutes.

The top floor’s 34-seat café, run by Jason Morris and Kabir Kapoor, the minds behind Montreal hotspot Le Fantôme, is a sunlit oasis perched atop the lower levels’ subdued opulence. Its glass rooftop beams down upon a communal table made of—yes—concrete. Nikhil notes thus far the most popular dishes have been the croque mushroom, the Arctic char, and the hazelnut babka.

Adjoining the cafe is another retail reprieve: a carefully curated book store featuring titles and tomes unavailable elsewhere in Montreal. With a central table and chairs, the space is the perfect finish to an exploration of SSENSE’s newest chapter.

DJ Felix Cartal on the Impossible Pursuit of Perfection