Hermès has a reputation of creating objet d’art rather than product. As such, for this year’s edition of Watches and Wonders, the French maison took to Geneva’s Bâtiment des Forces Motrices, a performance arts centre, to live stream the new novelties of La Montres Hermès. The purpose-built scenography, composed of videos and sculptures, was a collaborative project with artists Clément Vieille and Pierre Pauze and where, on day one of the digital fair, Guillaume de Seynes, executive vice-president of Hermès announced during the keynote, “a watch, by definition, is an object you keep. And an object with a long-standing quality is conscious consumption.”

Hermès watches continue to attract new customers. As de Seynes noted, “Asia has confirmed its role as the main market for Hermès watch,” a division that makes up 3 per cent of the company’s overall sales. And while exports of Swiss timepieces fell 22 per cent last year, Hermès watches clocked a 2 per cent gain, with much growth in online sales. 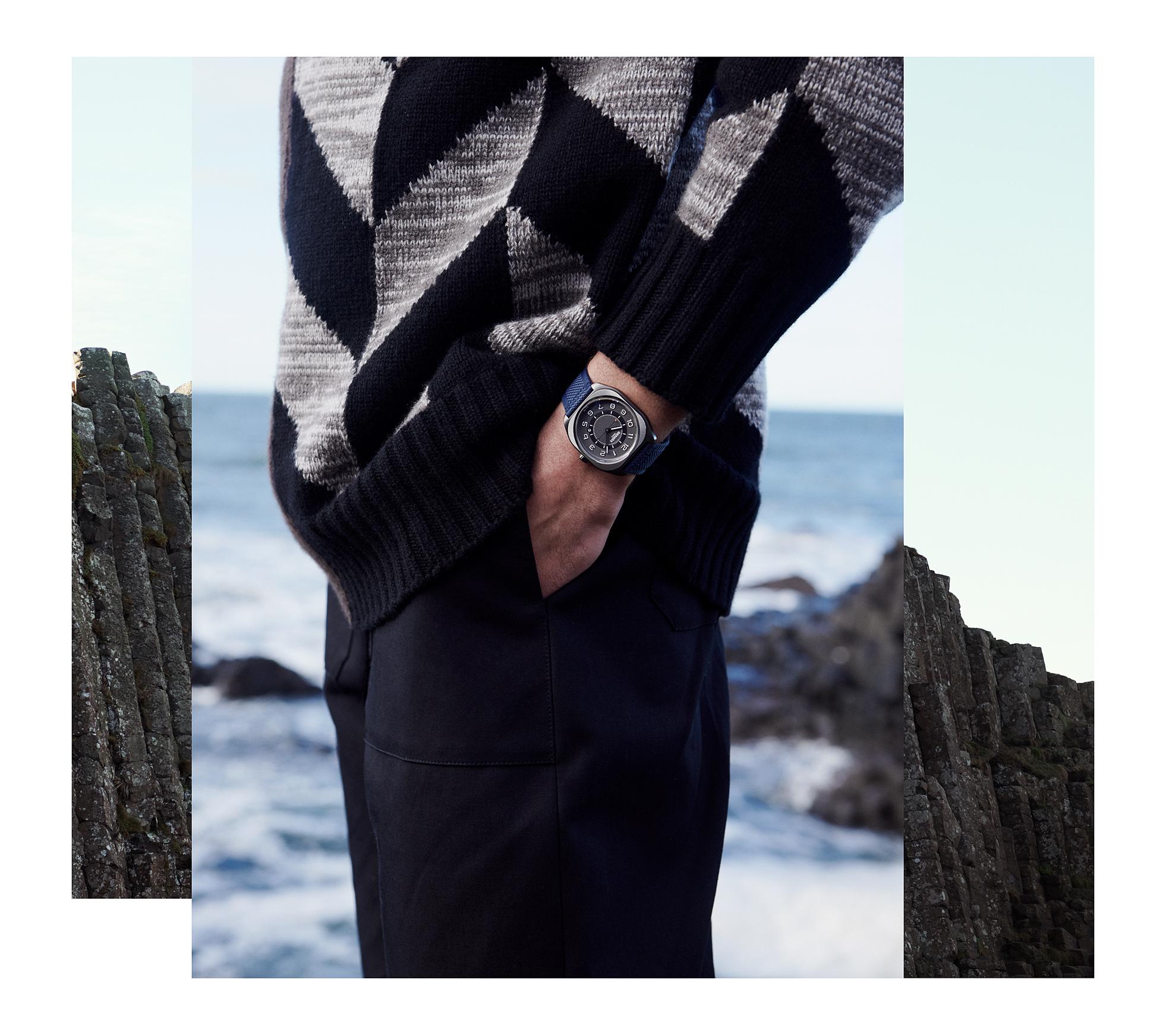 The standout novelty for this year is the H08 timepiece, a watch that “embodies a contemporary masculinity,” says Lauren Dordet, La Montres Hermès CEO. Fitted with a self-winding movement developed in partnership with Vaucher Fleurier (Hermès owns a stake in the manufacture), H08 balances luxury and utility. “H08 is a real study in geometry and geometry is a part of the design vocabulary at Hermès,” says Philippe Dehotal, artistic director for La Montres Hermès. H08 is a cushion-shaped watch—neither round nor square. “We were looking to offer a new silhouette, a new form,” says Dehotal.

The collection debuts with five distinct 39mm references with four in titanium (two given black DLC coatings) and one featuring a graphene-filled composite case. As with all Hermès timepieces, the dial features numerals in a font specific to the model. There are contrasting finishes and subtle gradations of black and grey tones, and if a pop of colour is desired, the option of a rubber strap in signature Hermès orange.

The H08 is elegance in simplicity—an Hermès pillar. 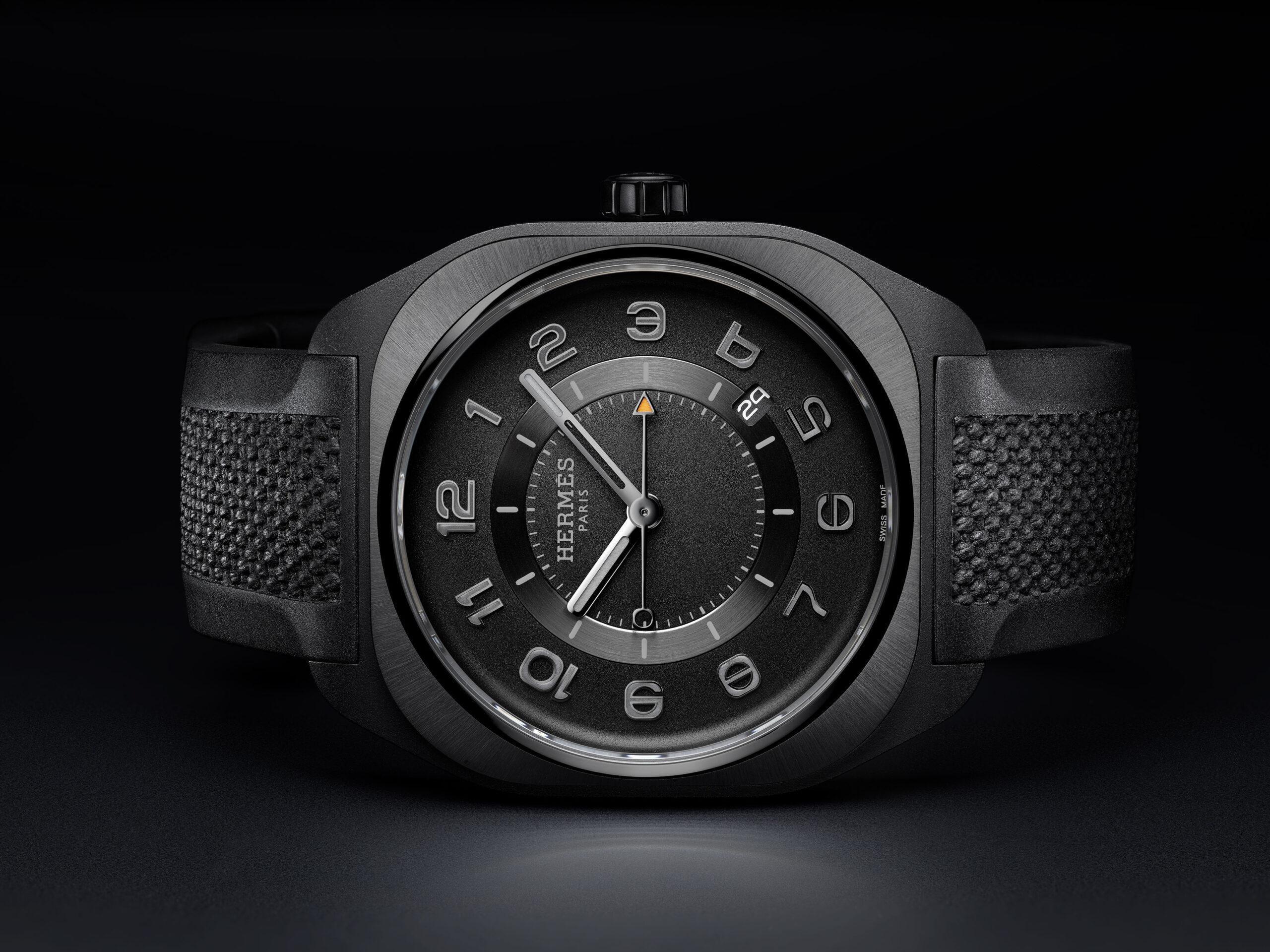 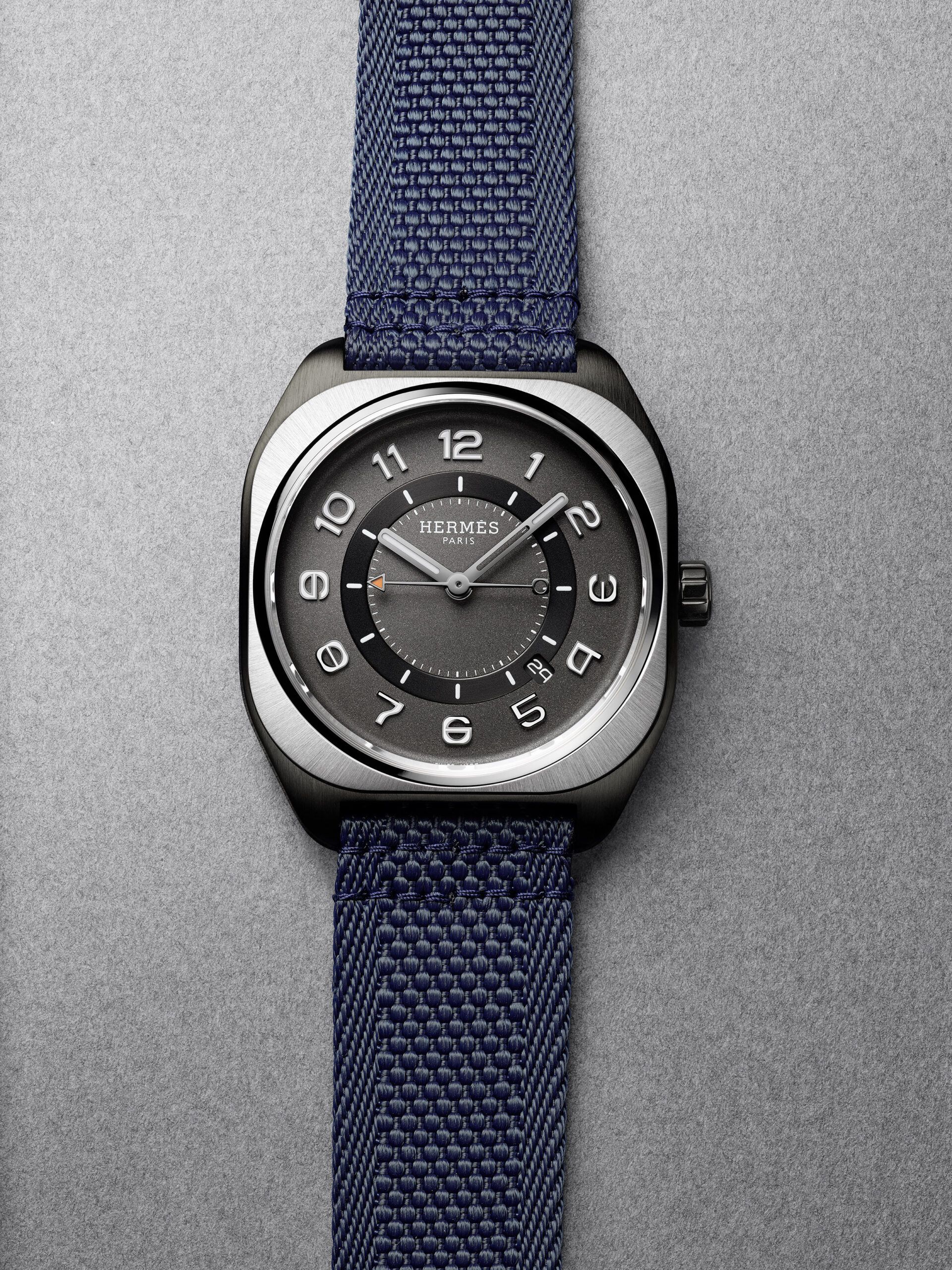 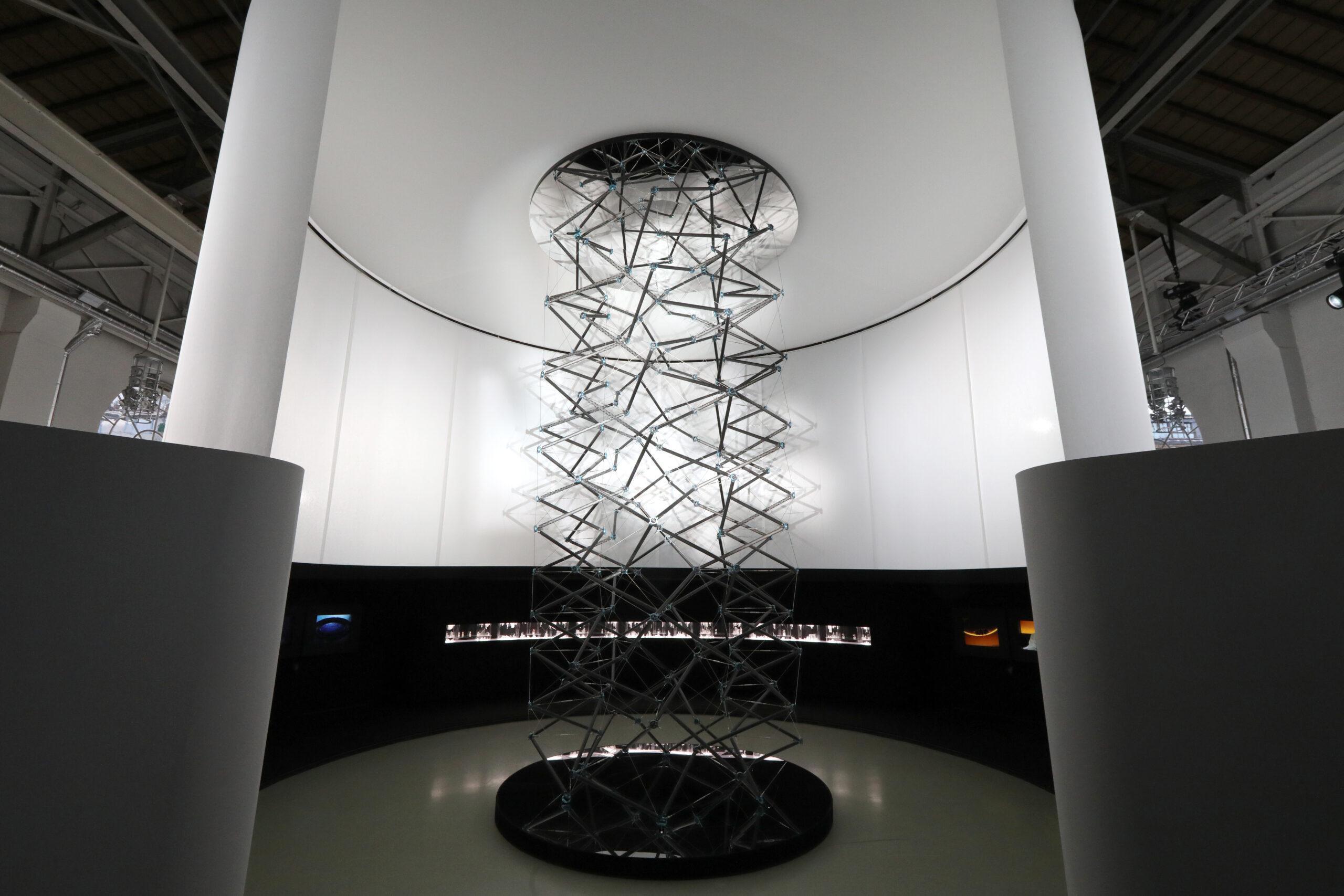 The Hermès scenography for Watches and Wonders 2021 at Geneva’s Bâtiment des Forces Motrices was a collaborative project with artists Clément Vieille and Pierre Pauze.