Club Monaco’s crest logo sweatshirts were a Canadian staple in the ‘80s and early ‘90s. (Credit: Courtesy of Club Monaco)

The ’90s saw the beginning of logo mania: Tommy Hilfiger, Calvin Klein, Esprit, and others became icons of which people couldn’t get enough. Canadian kids had a few additional go-tos in their repertoire, however, including Toronto-born Club Monaco. Adorned with the brand’s clean, crisp logo, the old-school crest sweatshirts were a must-have item for adolescents. While their permanent spot on Club’s shelves has since expired, the beloved sweatshirts continue to make an occasional (and somewhat frenzied) appearance.

The retailer was founded by designer Alfred Sung and brothers Joe and Saul Mimran in 1985. The team opened the first location on Toronto’s punk-influenced Queen Street West—also home to Moses Znaimer’s MuchMusic—a daring choice for the preppy brand.

Joe Mimran—who later created Joe Fresh—conceptualized Club Monaco when he needed to find the perfect white button-down shirt, while Alfred wanted to bring his own tailored and polished style to the masses. Staples of the brand included jodhpur pants, chinos, and, of course, the quintessentially Canadian logo crewneck. 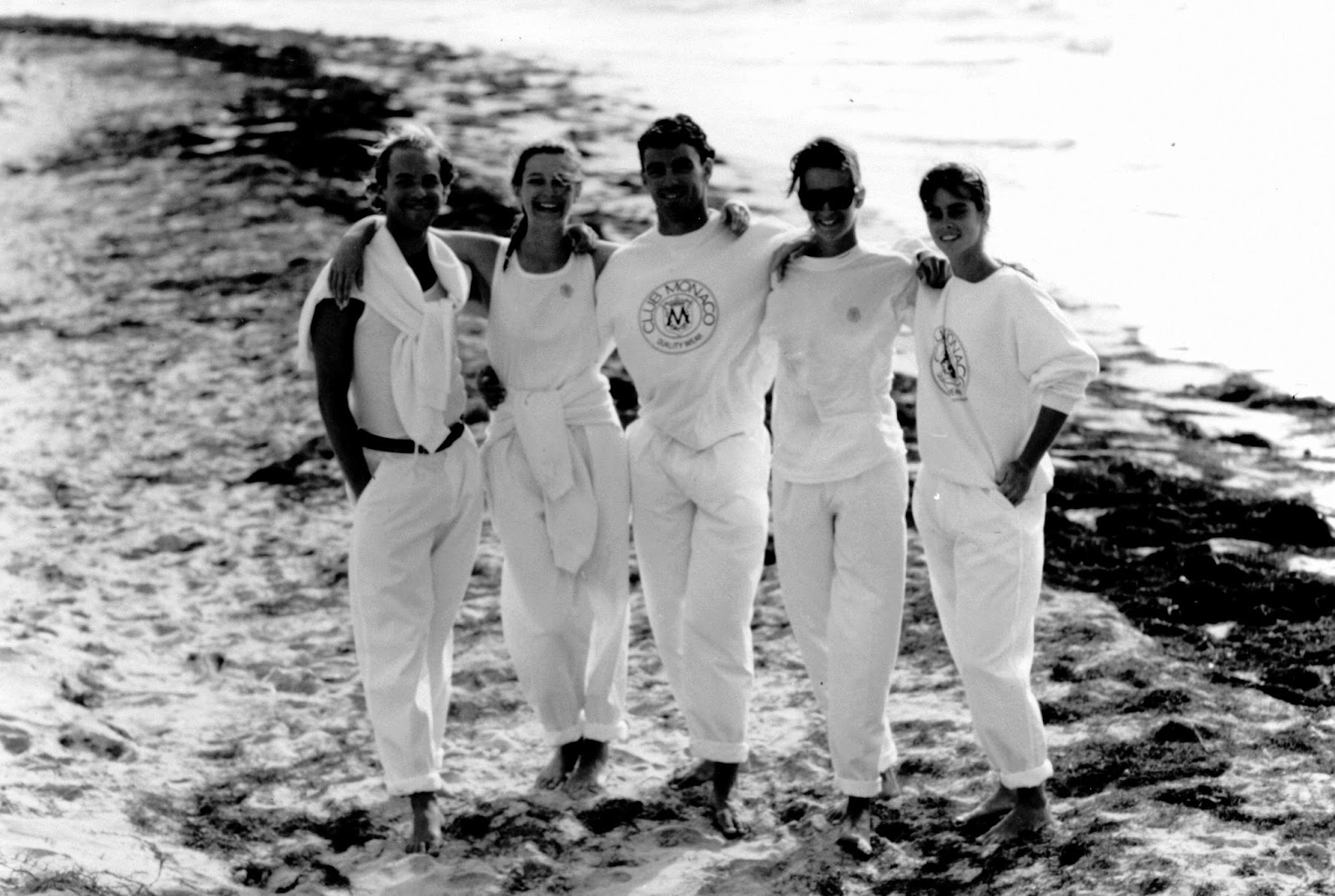 “That moment of high-street fashion was very directed by the element of fitness,” says luxury retail expert Nicholas Mellamphy, who worked for the company as a product manager on Bloor Street in the late ’90s. “The early ’80s to mid-’90s were all about sweats,” he reasons, noting that Roots was also a buzzy Canadian brand.

Unlike the cozy cabin vibe of Roots, Club Monaco was inspired by the aspirational lifestyle of the French Riviera: think laid back but elevated and chic enough for a yacht. “Better basics” was the backbone of Club’s philosophy, along with Sung’s signature phrase “great new ideas” (the slogan on the inside tags of Club Monaco items). 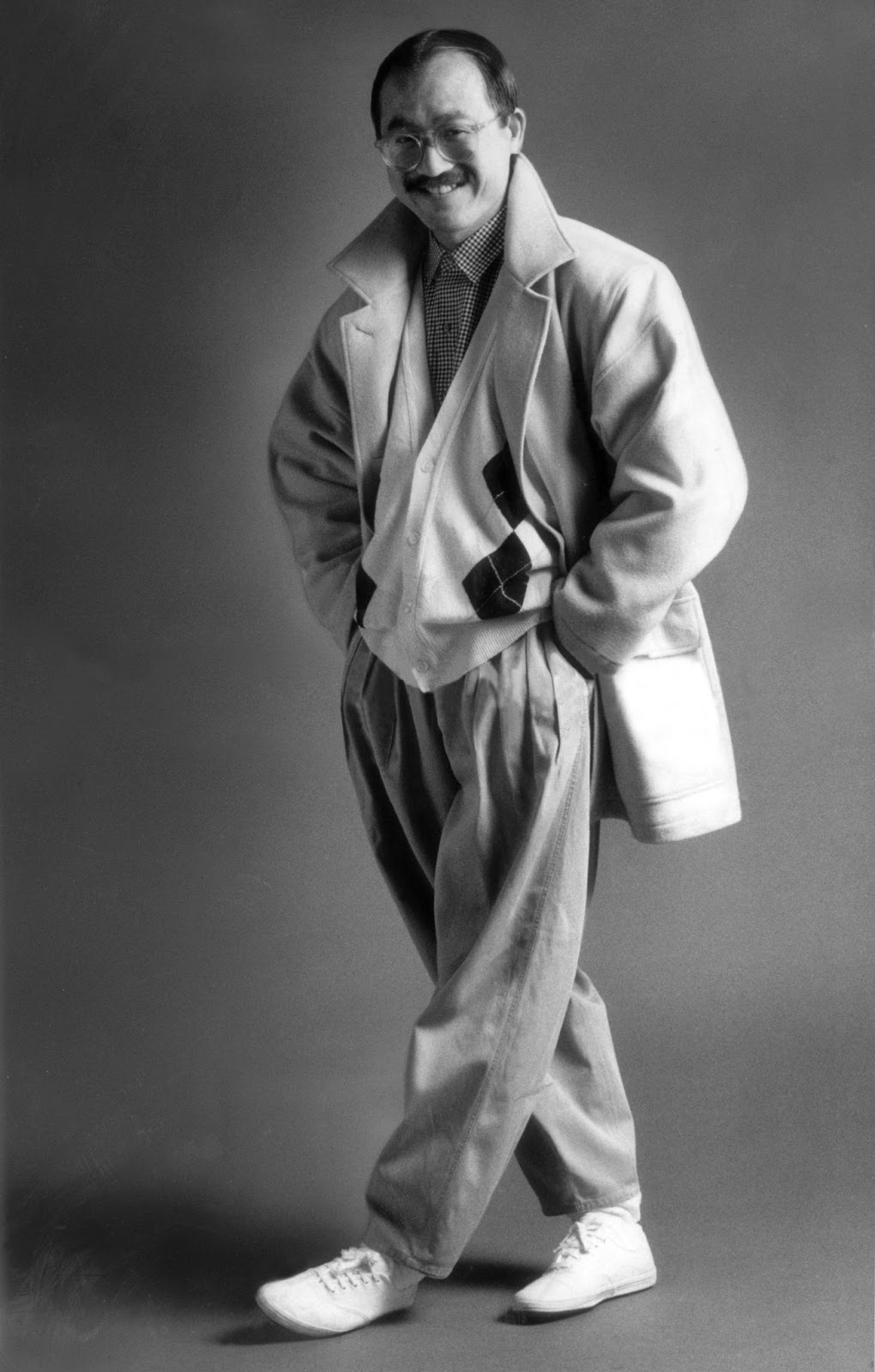 The original version of the 1985 sweatshirt included the same crest we know today but had Alfred Sung’s name on the bottom half of the circle (after 1987, the words “Quality Wear” replaced Sung’s name, while recent drops have included “Est. 1985”).

Sung’s popularity drove the brand, Mellamphy says, especially when it came to the sweatshirt obsession. “Alfred Sung at that time was one of those huge Canadian designers who had a big presence,” he remembers. The brand quickly expanded across the country, opening stores in other major cities like Vancouver and Edmonton.

The combination of Sung’s influence, aspirational marketing, logo mania, and the athleisure trend were a recipe for success when it came to the pullovers. The $24 price tag also ensured the trendy items were, most importantly, attainable. 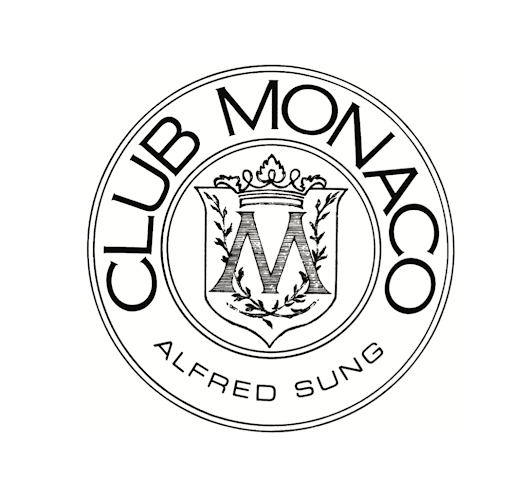 The Alfred Sung brand remains owned by the Mimran family, with siblings Jordin and Tamara Mimran overseeing a present relaunch of the line. The iconic sweatshirts were a large part of Jordin’s childhood and teen years—so much so, he wasn’t allowed to wear Roots (then a direct competitor) to school.

“The sweatshirts spread like wildfire, and were affordable and accessible,” Jordin, who is now creative director of Mimran Group, recalls. “They were an ‘it’ piece really for any teenager growing up in the ’80s and ’90s.”

For many clothing companies, logo items remain a key strategy when it comes to both accessibility and marketing, which Mellamphy describes as an entry for aspirational customers. “Sweatshirts are always the entry price point to fashion companies. It’s all about elevating yourself to that brand,” he notes. 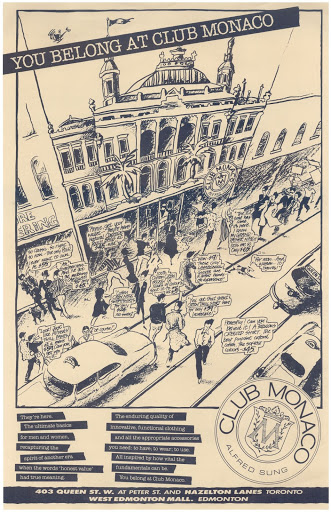 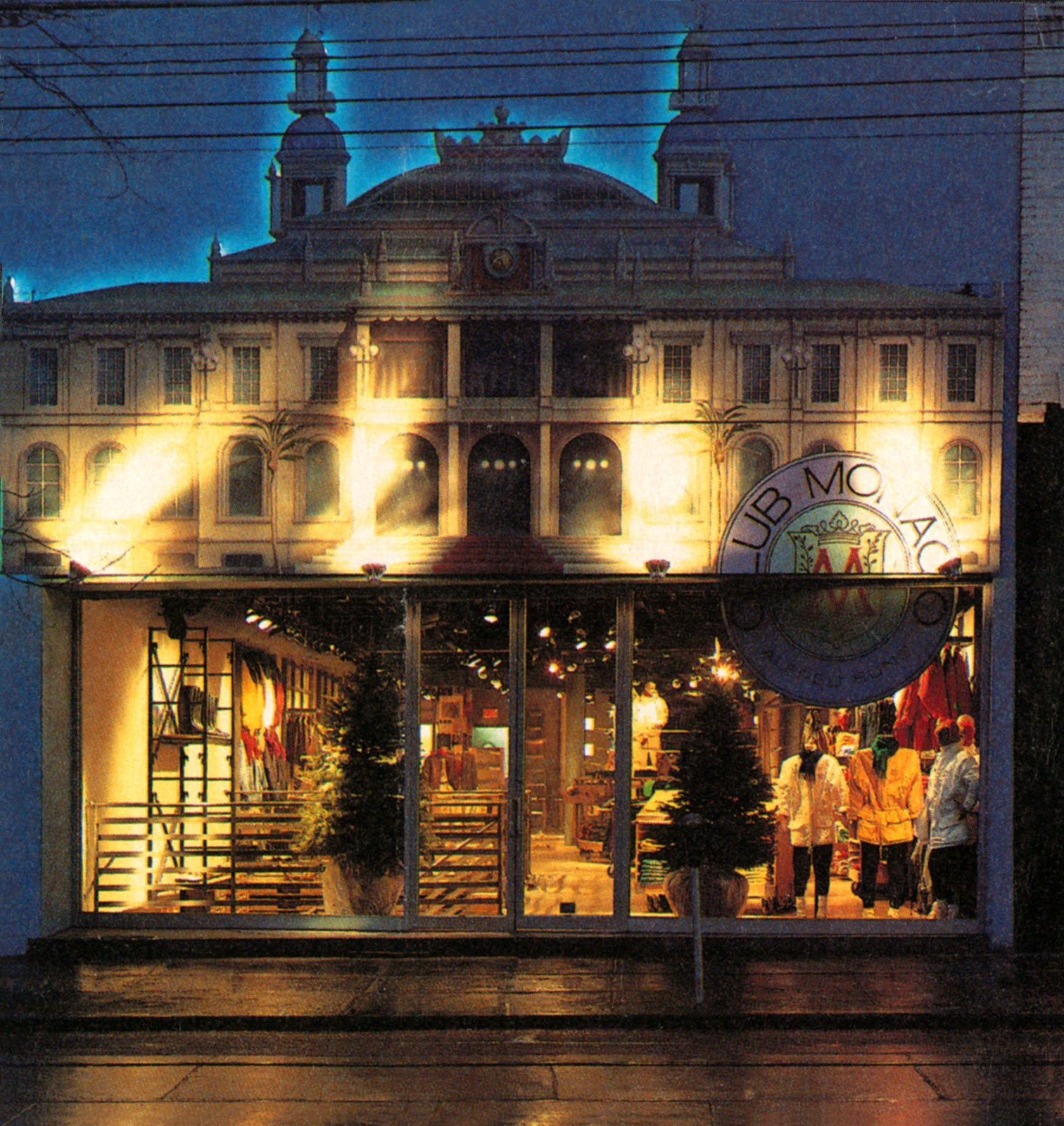 American high-street stores like Gap had yet to enter the Canadian marketplace in the ’80s, letting homegrown stores like Club Monaco take the spotlight (the first Gap store opened on Vancouver’s Robson Street in 1989). At one point, Club took the athleisure trend even further, launching spinoff sport brand CMX.

The line had its own concept store in the basement of the Bloor Street flagship, recently shuttered. This iconic Toronto retail space deserves a nod for being a trailblazer itself. Housed in Yorkville’s stunning Lillian Massey Building, Club was ahead of its time with such in-store experiences as cafés (an offshoot of the original Queen West eatery), flower shops, and a pop-up farmers market over the years. The gorgeous building, constructed in 1912 for the University of Toronto’s household science program, is the Mink Mile’s crown jewel.

Over the years, the ritzy location cemented itself as the spot to shop in TO, attracting visits from A-listers like Reese Witherspoon, Ryan Gosling, Farrah Fawcett, and then couple Ellen DeGeneres and Anne Heche. 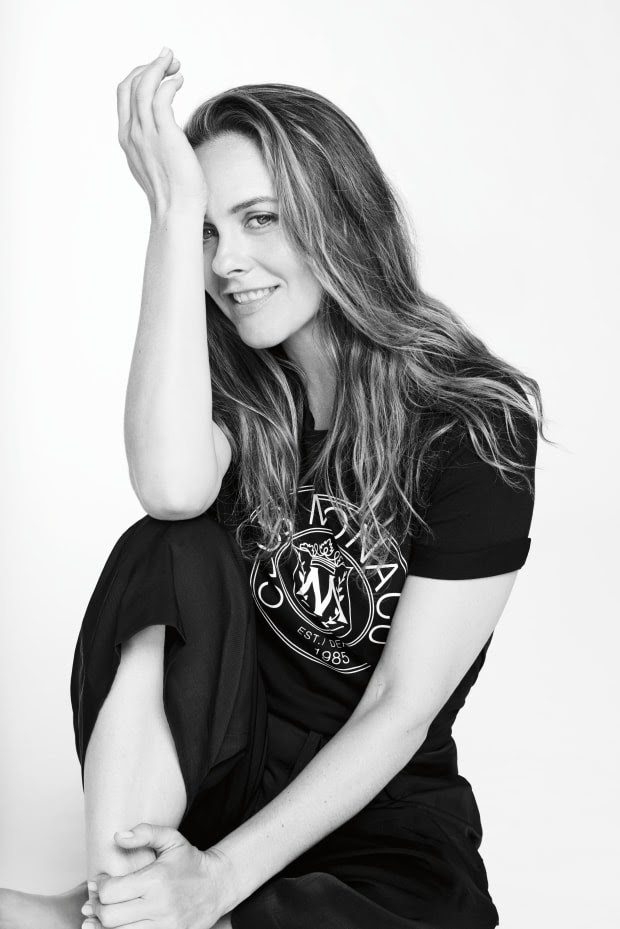 As the athleisure trend faded into the background by the late ’90s, so did Club Monaco’s logo items: first from top-tier stores like Bloor and eventually from the chain altogether. In 1999, the company was acquired by Ralph Lauren, who remained the owner until recently: the American fashion conglomerate announced the sale of Club Monaco to private equity firm Regent LP for an undisclosed amount in May 2021.

The crest sweatshirt felt like a distant memory as the brand developed lifestyle offshoot Caban in 1999, which sold both homeware and contemporary fashion labels at boutiques in Vancouver, Toronto, and Montreal. The new millennium seemed to coincide with a rebirth for Club, which became decidedly more upscale and fashion-forward. 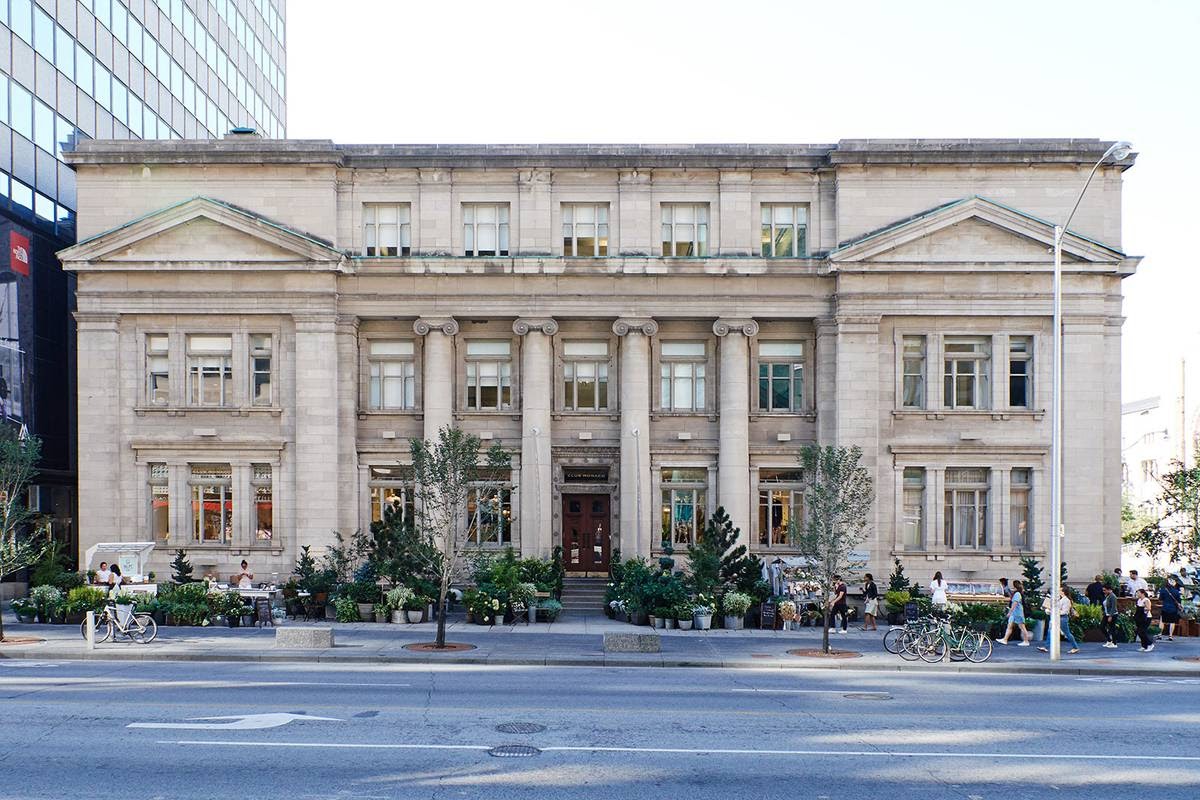 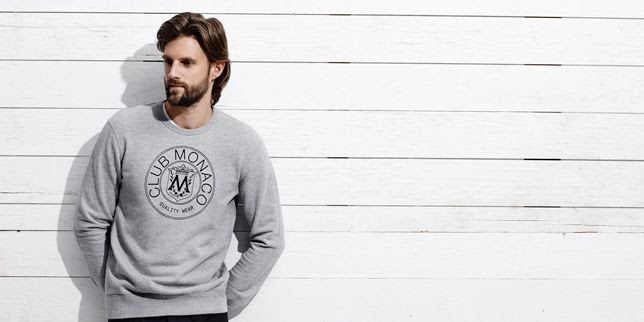 After over a decade in hibernation, Club Monaco brought the sweatshirts back as a nod to its Canadian heritage during the Vancouver 2010 Winter Olympic Games. The limited-edition drop was a taste of nostalgia for millennials and beyond, inspiring several re-releases in recent years.

The brand once again paid homage to its Canadian roots for the country’s 150th birthday in 2017, using ’90s icons like Alicia Silverstone and Selma Blair with a black-and-white campaign shot by Beau Grealy.

The year 2018 saw a hyped collaboration with Vancouver’s Reigning Champ, followed by another re-release for the brand’s 35th anniversary in December 2020. Items sold out almost immediately with each release, fuelling an insatiable appetite for all things retro. 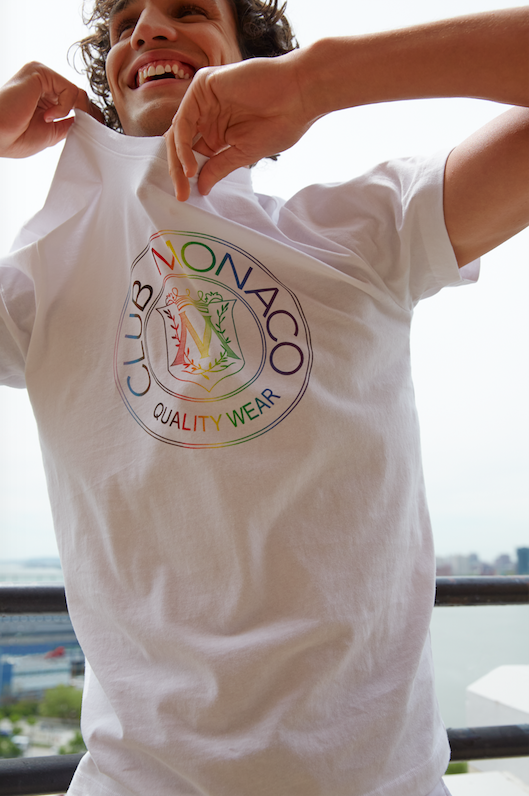 While there’s no word on a permanent reintroduction of the classic crews, the Crest T-shirt to support Pride is now live, and 50 per cent of the purchase price from the sale of the shirt will be donated to the Stonewall Community Foundation. The Luxe, Canadian-Designed Sneakers You Need This Spring