There are a number of noteworthy exhibitions celebrating the House of Dior around the world this year, including a blockbuster currently showing at the Musée des Arts Décoratifs in Paris. But the Royal Ontario Museum’s upcoming exhibit, simply titled Christian Dior, is perhaps the only one to thoroughly acknowledge the artisans and craftsmanship behind the clothes while celebrating the creativity and influence of the iconic French designer.

Curated by Dr. Alexandra Palmer, who authored the award-winning book Dior: A New Look, A New Enterprise and has been working with some of these garments since her PhD dissertation days, the show is an homage to the designer’s work, but also his role within, and impact on, the recovering fashion industry in postwar France. “The focus is not only the clothes, but how they are made,” says Dr. Palmer. “It looks very much at structure and cut and material and technique. What made a ‘Dior’ a ‘Dior’? Why did the New Look work?”

The show is an homage to Dior’s work, but also his role within, and impact on, the recovering fashion industry in postwar France.

A dramatic satin evening dress from the Profilée season in 1952, for example, is shown with the names of the seamstress, fabric maker, and embroidery designer identified, among other technical and creative details. “We have his name, but it’s the work of the many people in the atelier…there’s this unbelievable number of fantastically talented designers, manufacturers, spinners, weavers who support Dior, and of course all of haute couture,” explains Dr. Palmer. “There might very easily be 100-150 people associated with one design.” 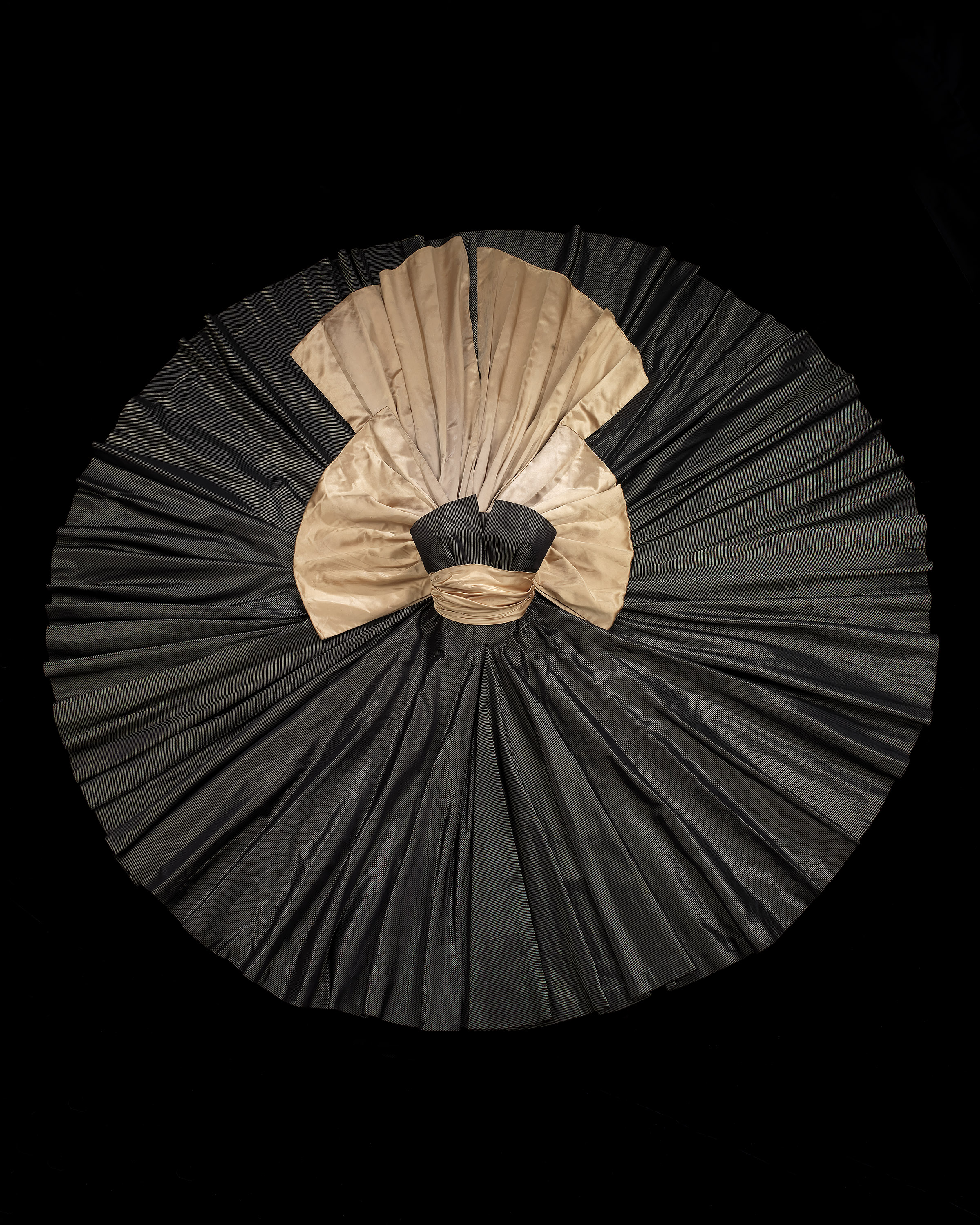 Timed to coincide with the House of Dior’s 70th anniversary, Christian Dior offers a unique look at the many talents, and hands, behind the clothes, and the prevailing influence of the couturier’s New Look designs. Focusing on the decade between 1947 and 1957, when monsieur Dior himself was at the helm of the label—the designer passed away in October 1957—the exhibition showcases the ROM’s collection of Christian Dior couture pieces together for the first time. External loans of shoes from Toronto’s Bata Shoe Museum, and items like perfumes and accessories from Christian Dior Heritage in Paris and other lenders help supplement and add context to the museum’s 40 dresses and jackets.

The Rise of Candy-Sweet Perfumes