Quitting the city and moving to a serene island where the community is tightly-knit and ocean views are omnipresent is a common urbanite fantasy. But most leave it at that: a Tuesday morning traffic jam daydream. Rebecca and Davide Bizzarri, along with their business partner—and Davide’s mother—Rosa, decided to actually take the leap. In 2014, the trio packed their entire artisanal cashmere manufacturing business, Artigiani Milanesi, into two 40-foot-long shipping containers and left the industrial bustle of Milan, where the shop first opened in 1959. Their destination was Bowen Island: 50 square kilometres of forested, rocky beach-rimmed land in Vancouver’s Howe Sound.

“I loved the idea of the West Coast lifestyle,” says Rebecca, who first visited Vancouver on holiday at age nine. Indeed, Rebecca and Davide (tall, athletic thirty-somethings who met sailing in the Mediterranean in 2006) wasted no time embracing their surroundings after opening Artigiani Milanesi’s new 1,600 square-foot storefront-and-workshop in Bowen Island’s quaint artisan village. They hike through the salal shrubs with their rescue dogs every weekend; Rebecca co-founded a local yoga studio; and Davide cooks up heaps of pasta, risotto, and big bowls of Caprese salad to bring to summer potluck dinners at the beach.

Davide loads yarns onto the knitting machines in the mornings.

Outdoorsy Bowen may be a natural habitat for a young couple, but how, one might wonder, did 75-year-old Rosa acclimatize to the change of pace? Standing about 5’3 in a red cashmere cardigan, with a silver teddy-bear necklace, gingerbread hair, and big brown eyes magnified by glasses, Rosa explains how she wound up on Bowen in emphatic Italian, which Rebecca translates. She recounts developing a passion for knitting while growing up in an orphanage after the Second World War, and working at Italian fashion houses by age 21. But she was keen to forge her own path. “She started working under other people and then she got bored of that because she knew she could do it better than anyone else … ” translates Rebecca. “Now she’s excited to be having a new adventure in Canada.” When she returned to Milan for a visit last Christmas, Rosa reported being bored.

Yet incidentally, everything the trio found personally appealing about the coastal way of life seemed, at first, to present a professional hurdle. “We were worried we would have to alter the designs,” explains Rebecca. They thought clientele in a part of the world so strongly associated with unfashionable hippie-dom may not connect with their classic, Milanese-style pieces. “But then we realized that’s ridiculous; people really appreciate the European cut and style. And it’s incredible the amount of people who visit Bowen Island from all over the world; we have a more global clientele than we expected.” 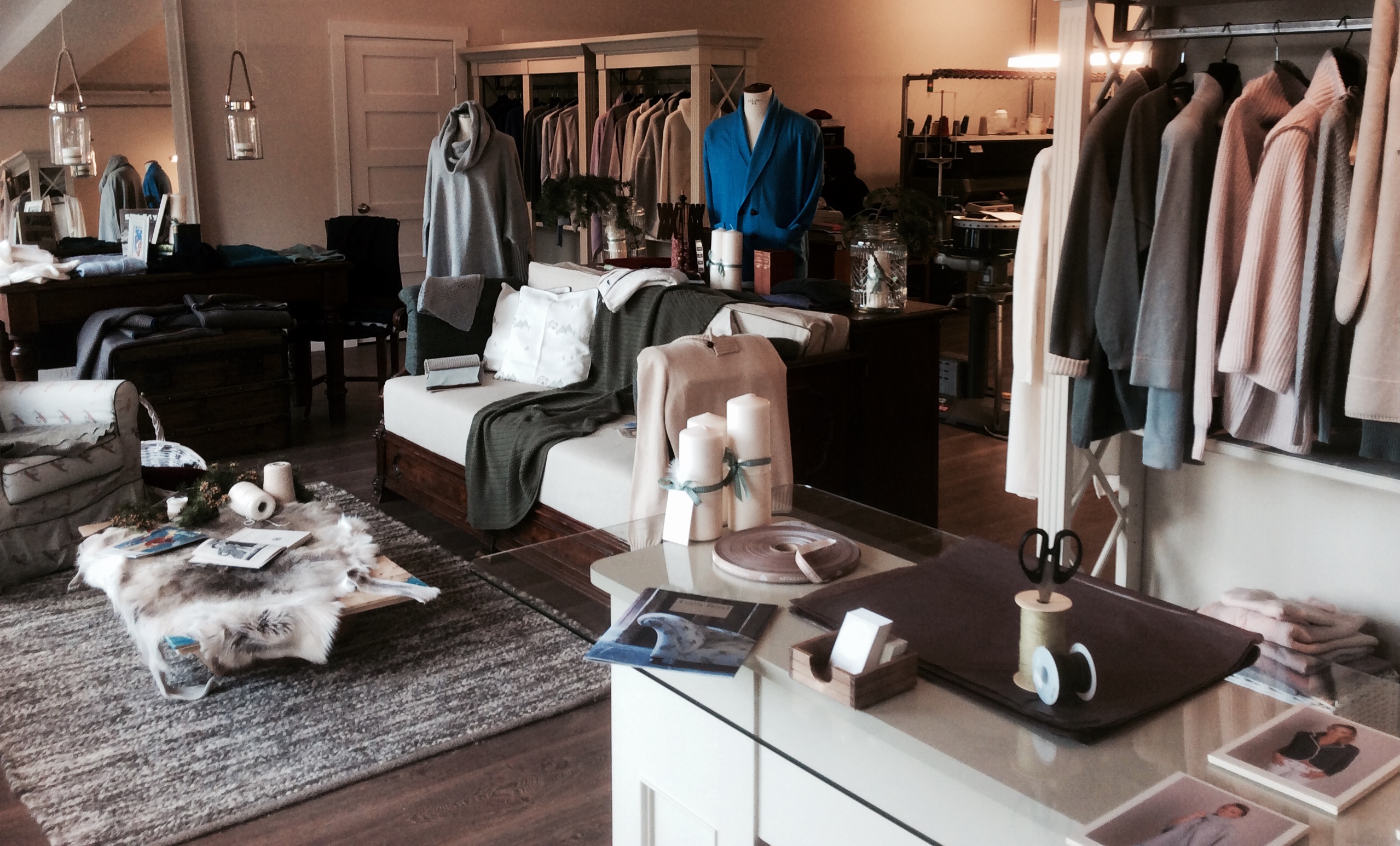 The front of house. Behind the racks of clothing, the workshop is abuzz with activity.

“Then we started looking into the economics of moving, and at the same time, Italy’s economy was nosediving,” Rebecca continues. “We thought there could be an opportunity if we took something that wasn’t being done in another country and brought it there.” As it turns out, the delightful incongruity of being a little traditional Italian cashmere shop in the woods is an asset. “In Italy there are so many people who knit—there are artisan manufactures of many artisan trades,” she explains. “… There is a complacency. They have it; it’s right under their noses. But in Canada, the artisan is so well appreciated, people just love the fact that my mother-in-law has been doing this since 1959 and now she’s here and people can come in and have their measurements taken and choose their colours and have that service one-on-one. In Italy, people have been used to that for years.”

Artigiani Milanesi indeed brings a high level of traditional Italian craftsmanship to Bowen. Each morning, Davide loads yarns onto electronic knitting machines that knit the panels of fabric separately before the pieces are stitched together to form elegant cashmere jackets, cardigans, sweaters, and more. The panels are then washed to melt off natural waxes and oils applied during the knitting process, which causes the cashmere to then become fluffy. Rosa does not use the electric knitting machines—rather, for about $900 a jacket, she creates each custom panel by hand, in any colour combination (although, Rebecca mentions with a nod to her own turquoise- and lemon-coloured cardigan, Rosetta prefers classic hues). Rebecca herself oversees the front-of-house, as well as the line’s presence at international equestrian events (where small retailers of high-end goods erect pop-up shops) and arranges trunk shows. She also hosts cashmere parties in clients’ homes, allowing them to shop, be fitted for custom cashmere pieces, and sip champagne in private.

The family is far from feeling disconnected after leaving Milan’s urban centre. “The Bowen Island community has been super supportive.” Rebecca says. “If we’re short on staff and have to leave the shop for some reason, our neighbors are happy to come and keep an eye on it, or make us dinner when we’re working late. I didn’t experience anything like that in Milan.” Rebecca attributes a need for community and serenity as her key motivation to get away from the rat race. “But it’s very odd,” she continues, “the business has been so successful and we’re so busy that sometimes you feel you’re on a slightly different rhythm than everyone else on the island–you’re not on island time. I kind of laugh because I think sometimes life was actually quieter before.” Not that she’s complaining: “The thing is, here, you leave your workspace and you exhale the second you walk out, whereas in Milan, you’re in a traffic jam.” 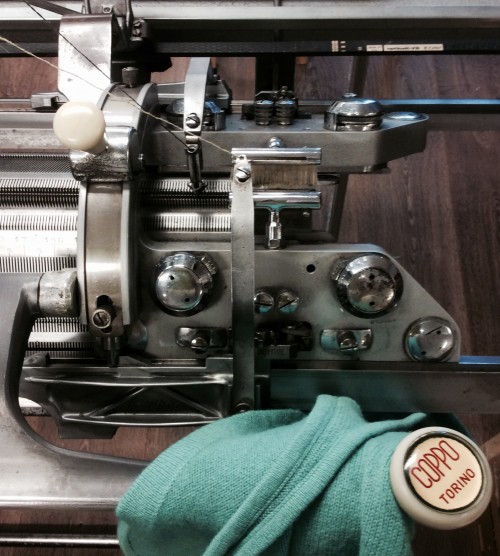