Today, the streets of Toronto are bursting with style and innovation.  Although perpetually falling second place to its older neighbour to the east, Montreal, Toronto’s manufacturing capabilities, geographical location, and ambitious ethos made it a prominent rival when it came to garment production and design.

Its Downtown Fashion District, originally known as the Garment District for its role in the industry known as the rag trade, was at the core of Toronto’s industrialization. Located between King and Queen Street along Spadina, this area has long been a breeding ground for entrepreneurs, businessmen, and couturiers seeking opportunities to broaden their national reach and offer affordable, on-trend clothing.

History of the Toronto Fashion District

Toronto was born as an outpost known as the Toronto Passage. Inaugurated as an official city in 1834, it later became Ontario’s capital at the time of Confederation in 1867. It was strategically positioned as a port city connecting it to Europe and Eastern Canada by ship, and to other provinces and the United States by train. Shipping and rail transport fuelled the rapid growth of industry and trade, laying a strong foundation for importing and exporting raw materials and manufactured goods. 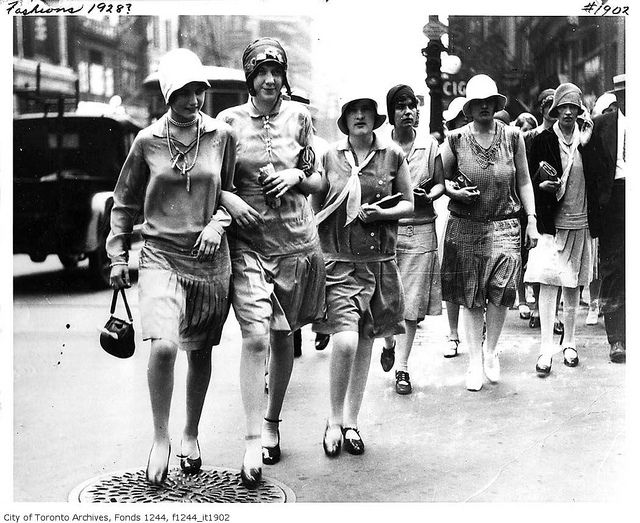 For the garment industry, the stage was set. According to Fashion: A Canadian Perspective, throughout much of the 1800s and into the 1900s, international styles and trends were preferred over Canadian designs, but initially they were expensive to import due to packing, freight costs, and time. This massive demand in the market prompted many textile factories and warehouses to quickly spring up, producing items like accessories, leather, furs, fabrics, millinery, and detailing often inspired by the latest European styles. 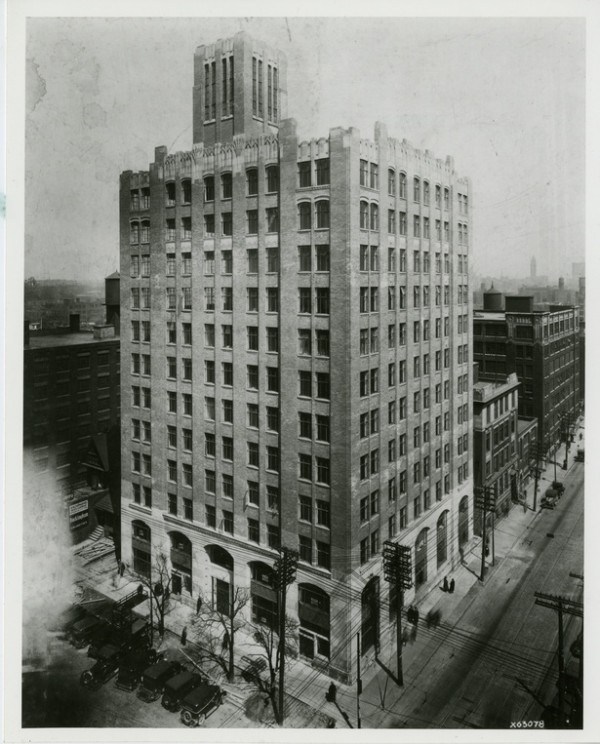 The Balfour Building is a landmark that signified the Garment District in Toronto.

Many of the buildings in the Garment District were designed by architect Benjamin Brown, commissioned by textile factory owners to create spaces conducive to manufacturing clothing and housing a separate showroom for consumers. Although no longer used as factories, many of these ornate buildings, such as the Capitol Building, Balfour Building, Tower Building, Commodore, New Textile Building, and the Hermant Building, still stand on Spadina Avenue and Adelaide West today. 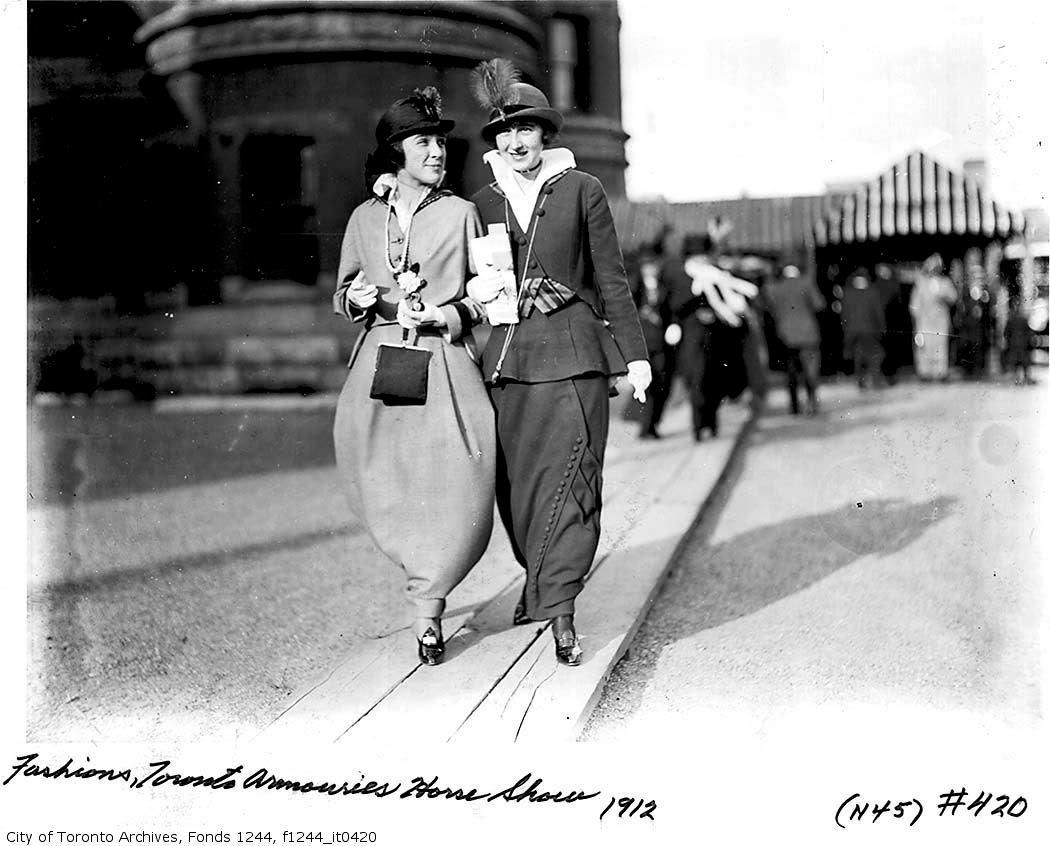 Aside from large factories, Toronto’s Garment District also attracted smaller seamstresses, tailors, dressmakers, milliners, and independent textile mills to what is now Kensington Market. This area was invested in heavily by the nearby Jewish community.

Women were essential to the district, and they fought for proper treatment in the industry. Some trades such as millinery also gave women an opportunity to participate in the commercial sphere and become entrepreneurs in an industry they thrived in. Businesses like Mrs. Callaway’s Millinery and Dressmaking, opened in 1867, eventually became the largest female-founded businesses in Toronto and one of Ontario’s top 100 producers, followed by many others. 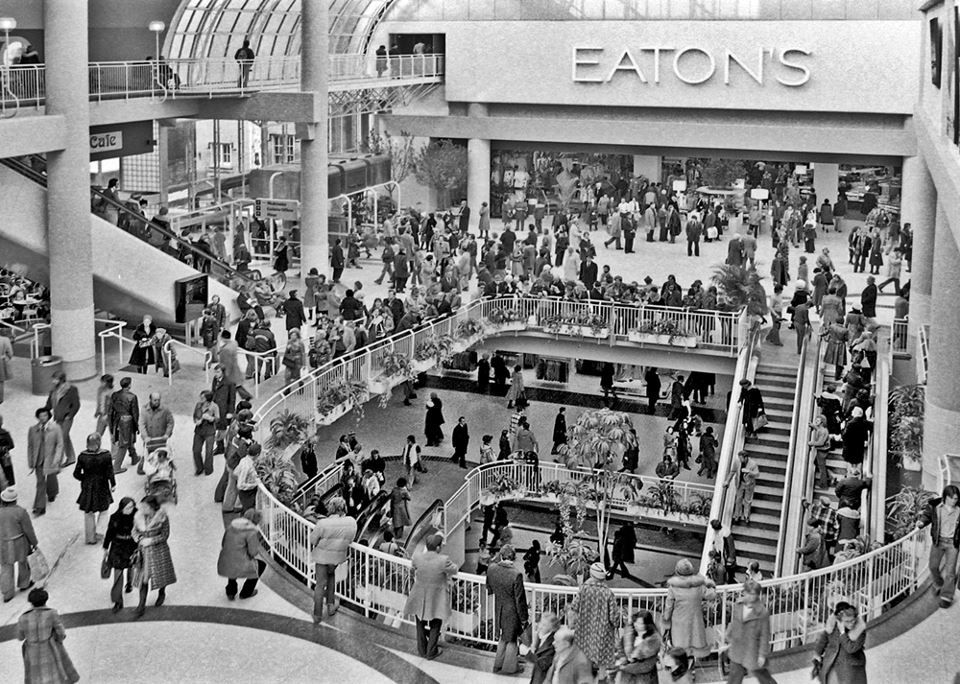 As well as in manufacturing, Toronto’s Garment District competed with Montreal in the retail market. During the 1920s and 1930s Toronto saw a rise in popularity of department stores as they formed exclusive relationships with European fashion houses and imported international designs at a relatively affordable cost. Toronto’s manufacturing core quickly shifted with the change in the industry, while managing to maintain their position as the centre for Canadian-made ready-to-wear clothing that was distributed and sold in the same large retailers throughout the country.

Rebranded now as Toronto’s Fashion District, this area of the city no longer houses the once-acclaimed industrial sector. A statue of a giant thimble atop a stack of buttons, called the Uniform Measure/Stack, by Stephen Cruise sits at the intersection of Spadina and Richmond as a tribute and testament to Toronto’s fashion manufacturing roots. 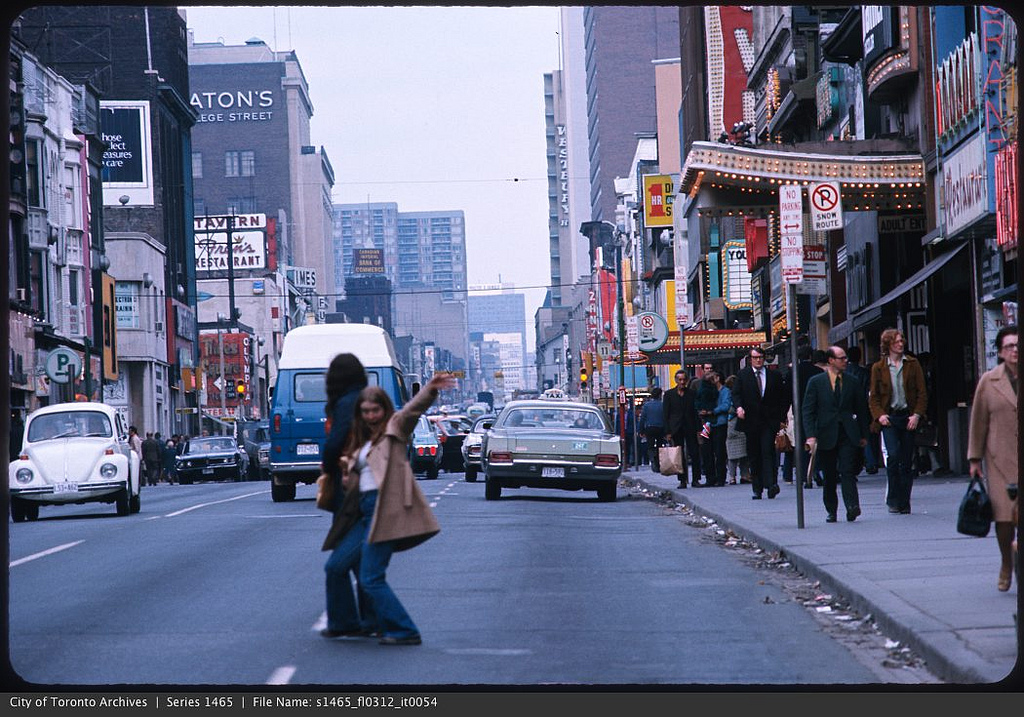 Many of the factories have been reimagined as chic condo and loft residences, home to hip fashion-forward denizens or office space for creative marketing, tech, and design firms, and boutiques, galleries, and eateries line the streets.

The direct purpose of the district has shifted with the times, but the same eclectic, innovative spark is still very much alive.