In 2015, a tight network of notable chefs from across the globe convened to rescue a small family farm in the hills of La Barranca, Oaxaca. For decades, the family had been cultivating rare chiles that were long considered fundamental to Mexican cuisine. Should the family lose their land, the chilies would be at risk of extinction. One of the chefs who understood the farm’s immense value was Vancouver-based Francisco Higareda of Ophelía Cocina Méxicana. Alongside his associates, he pitched in to save the family’s farmland. Today, the family is “still there growing the chilies,” Higareda explains—and cultivating them for the vibrant salsas served at Ophelía.

Higareda believes that, while expensive to source, these centuries-old ingredients are essential to the preservation of Mexican cuisine and culture. He speaks earnestly about another supplier, Identidad y Biodiversidad, which grows what is distinguished in the West as heirloom corn but which Mexican agriculturalists call endemic corn. “What that means,” Higareda begins, “is that it’s wild corn. It grows under specific conditions: the altitude, latitude, humidity, and the weather” are all specific to these maize varietals. To advance the horticulture of Mexico’s past—one that brought unparalleled flavour and deeply nutritious produce to the people of the country—Higareda says, “They have to go back to the basics.” 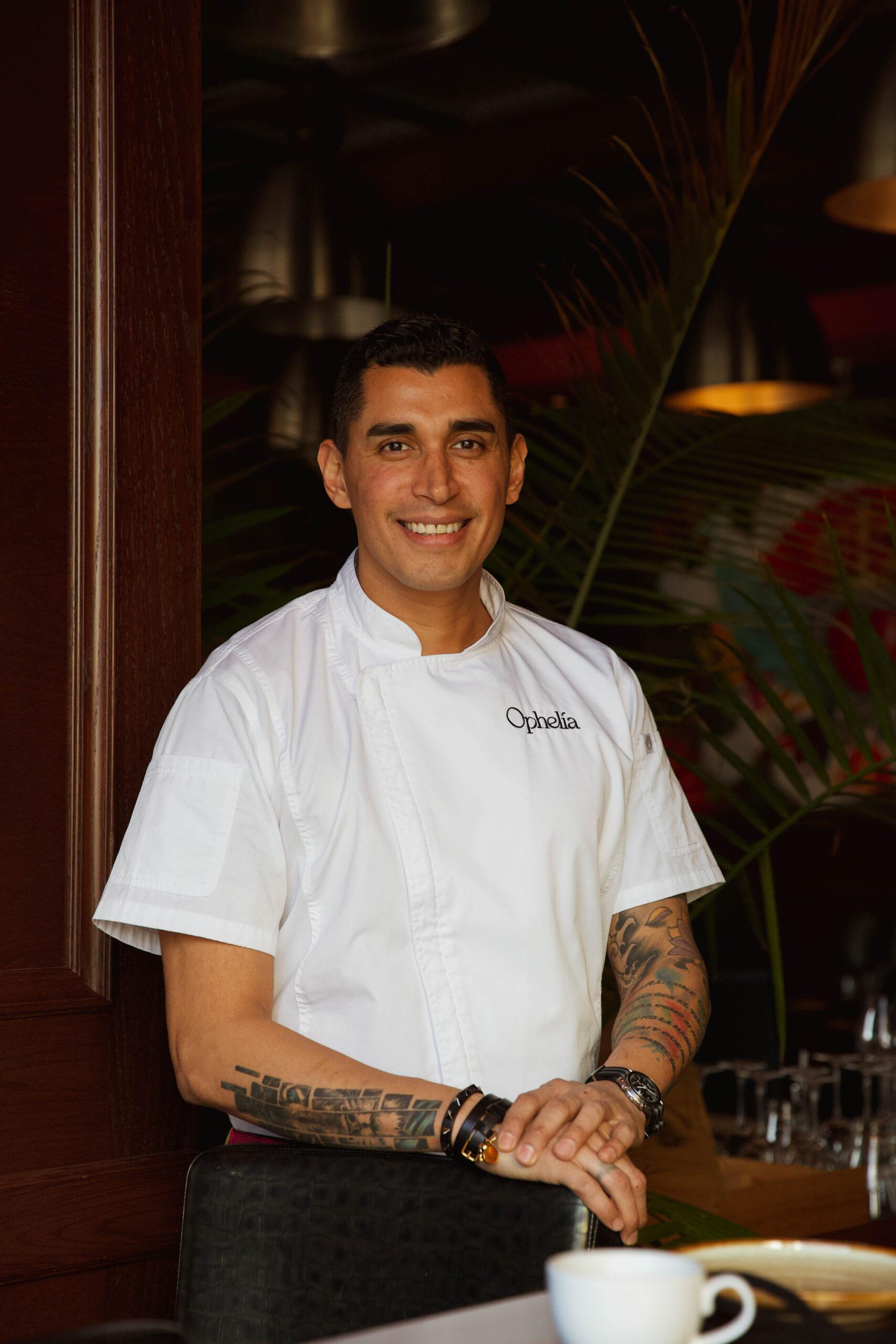 Ophelía opened at the onset of the coronavirus pandemic and, one year in, the chef seems less concerned about the ever-changing policies affecting his business than he is about industrial farming and a domineering monoculture agricultural food system. His nonchalance toward fastidious rules makes sense. He trained at Mexico City’s Ambrosía Centro Culinario and earned a diploma in high cuisine and gastronomic management at the prestigious Mariano Moreno Institute in Buenos Aires. Then, most tellingly, the Veracruz-born chef honed his skills at Michelin-star restaurants in both Spain and France. These highly competitive, extremely detail-oriented experiences gained him the confidence to face high-stakes situations.

“You have no idea how hard it is to run a restaurant with Michelin,” he explains, sitting in Ophelía at a table illuminated by the glow of the setting sun. “Service at those places is on another level. The servers are around, but you never see them. They’re a ghost.” Describing a choreographed ballet of the highest calibre, he continues, “When you turn your head and try to find the bathroom, they will be there right beside you: ‘Sir, the bathroom is over here.’ It’s a clock. Everything is perfect. Knife and fork? Perfect. Glassware? Perfect.” 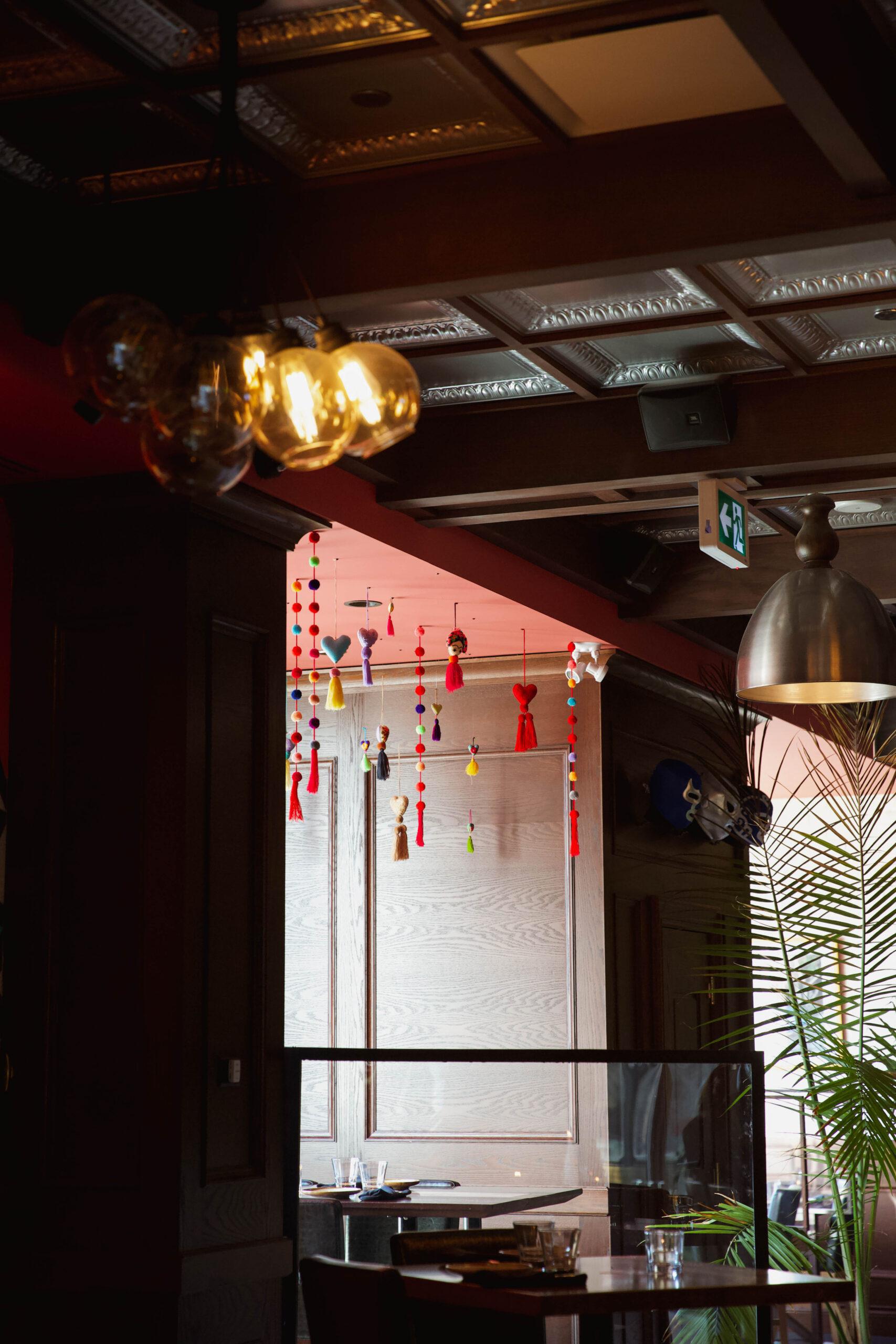 As the shadow lines from the sinking sun glide across the table, and the tea in his cup gradually diminishes, Higareda weaves through a fascinating history of Mexican cuisine. Starting with the lore of the Aztec gods, he narrates the spiritual importance of corn. An Aztec deity is said to have given the seed of corn to his people, telling them to plant it when they encounter an eagle eating a rattlesnake while perched on a cactus, then grow and harvest it.

Because propagation began with the human hand, Higareda says, a nurturing relationship between people and plants is vital. “It’s the people who must peel it, deseed it, mature it, dry it, and plant it again. So the corn can’t survive without the human, you see?” Without needing to take them literally, he explains that important lessons are derived from these stories: lessons concerning the future of food and the maintenance of culture. 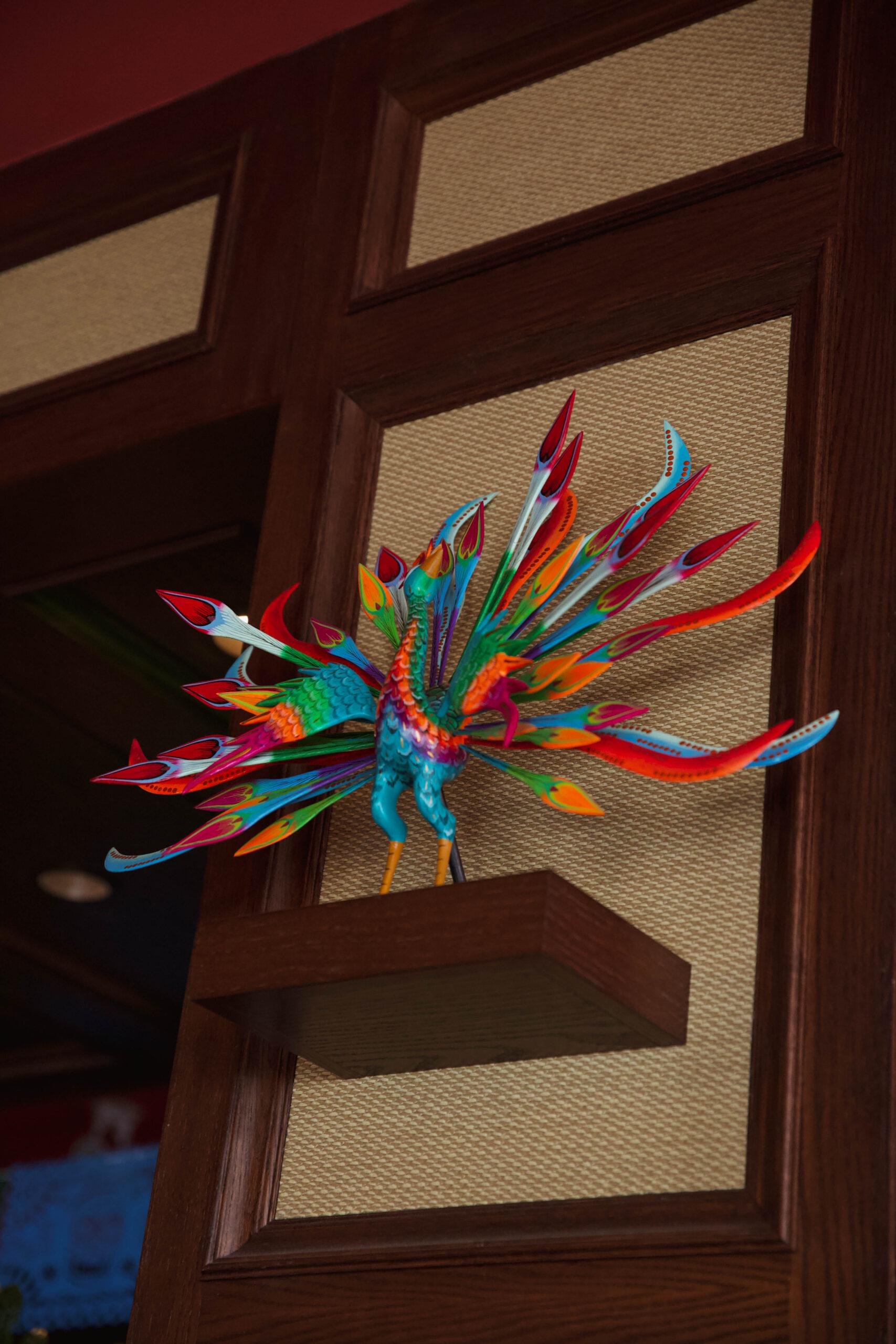 “Alebrijes are mythical creatures from Oaxaca.”

Ophelía is the chef’s advocacy in action. Placed carefully throughout, items sent by Higareda’s mother, Ofelía, such as the luchador masks on the wall just above him, and sculptures called alebrijes brought in by a friend from Oaxaca brighten up the room.

“Alebrijes are mythical creatures from Oaxaca,” he notes, pointing to a small statue sitting above the bar. “That one is a mix between a cock, a snake, and a dragon.” Carved from wood by locals, the sculptures are then painted by hand. Purchasing them supports the town economically and keeps their myths alive. “One hundred years later, in a town in Oaxaca, all they make is alebrijes,” he says. “The town survived because of the alebrijes. The tradition passed from grandparents to kids and so on. Mexico is like that with many, many things.”

The chef alludes to why he’s so devoted to the preservation of culture. In Mexico City today, a large alameda (cement plaza) takes the place of the Aztec pyramids that were destroyed by the conquistador colonials. “When the Spanish came, they tried to kill all our traditions, all our gods, and everything we used to have,” Higareda says. “It was the same thing that happened with the Indigenous population here.” 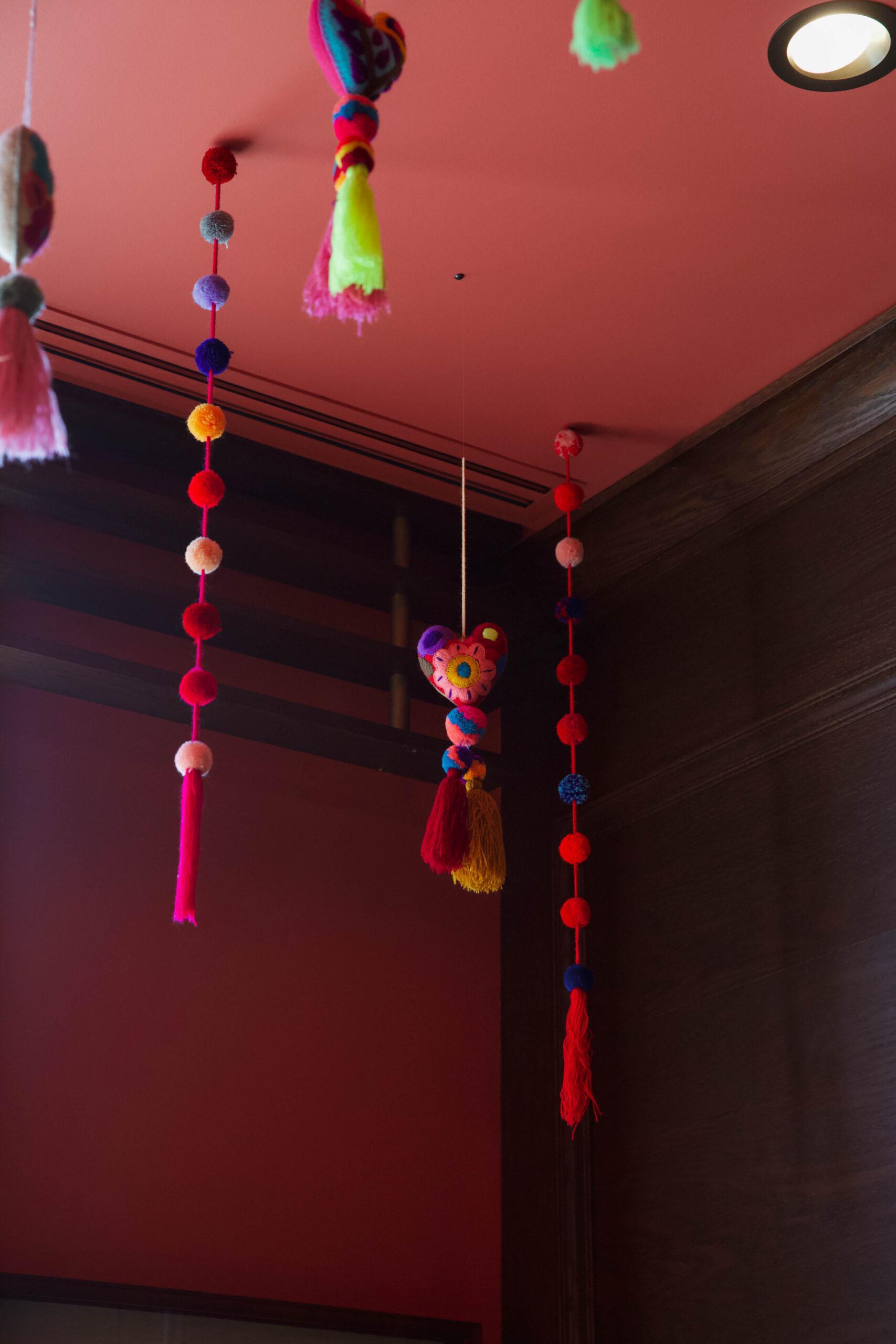 Sourcing from family farms maintaining traditional cultivation methods—such as the milpa ecological system that plants nitrogen-dependant corn near nitrogen-offloading legumes—and importing from those who amplify traditional artistry—like the alebrijes painters and muralists he commissioned for the art in Ophelía—are practices the chef remains dedicated to as he navigates his restaurant through a global pandemic.

He believes that making the right decisions from his restaurant in Canada not only helps growers such as the family who are still farming rare chilies safeguard genuine Mexican gastronomy, it also helps sustain the vibrant livelihood of the country he left behind. “Ophelía is a reflection of myself. I adapt my recipes to the Canadian palate, but I keep the tradition.” 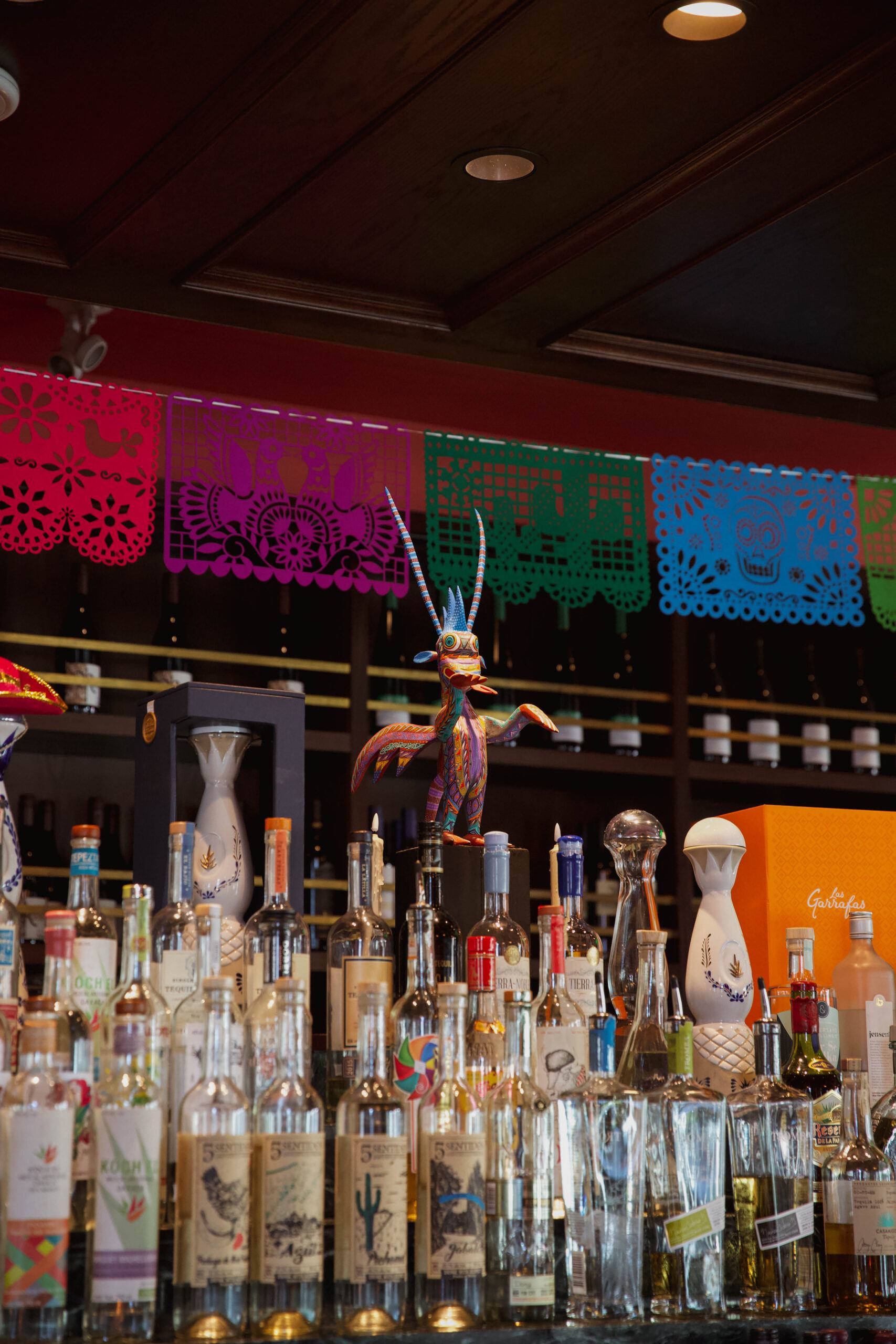 A Passion for Oysters