Upon entering La Banane—the funky, French-inflected new restaurant by chef and chocolatier Brandon Olsen—one gets the sense they’re in for an elevated, good time. That was Olsen’s goal—after realizing he and fiancée, filmmaker and visual artist Sarah Keenlyside, found they enjoyed cooking at home to their music more than any night out, he decided to open a spot inspired simply by “disco and good food.” 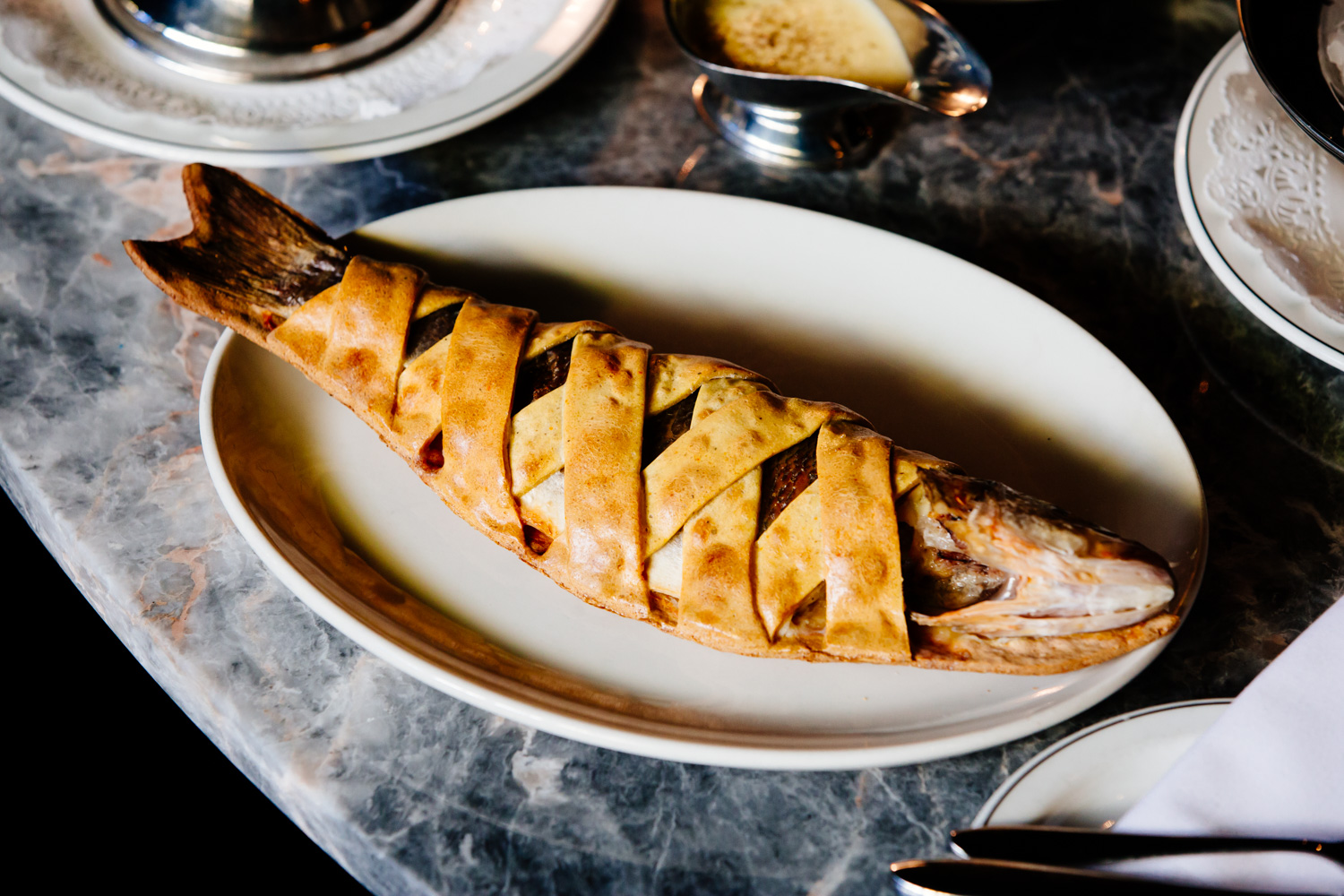 Decorated with deep purple booths beneath green and gold art deco wall panelling, La Banane is not a French restaurant per se, but rather is French-inspired, playing off of classics like liver and onions, duck breast, and perfect omelettes with caviar. Just “honest unapologetic food,” says Olsen. “When you get your steak, it’s properly cooked, properly seasoned, it’s some protein, some veg, some sauce, that’s it. But the exciting thing is that it’s rooted in a foundation of French technique,” Olsen explains. “I’m not here to do magic tricks.” 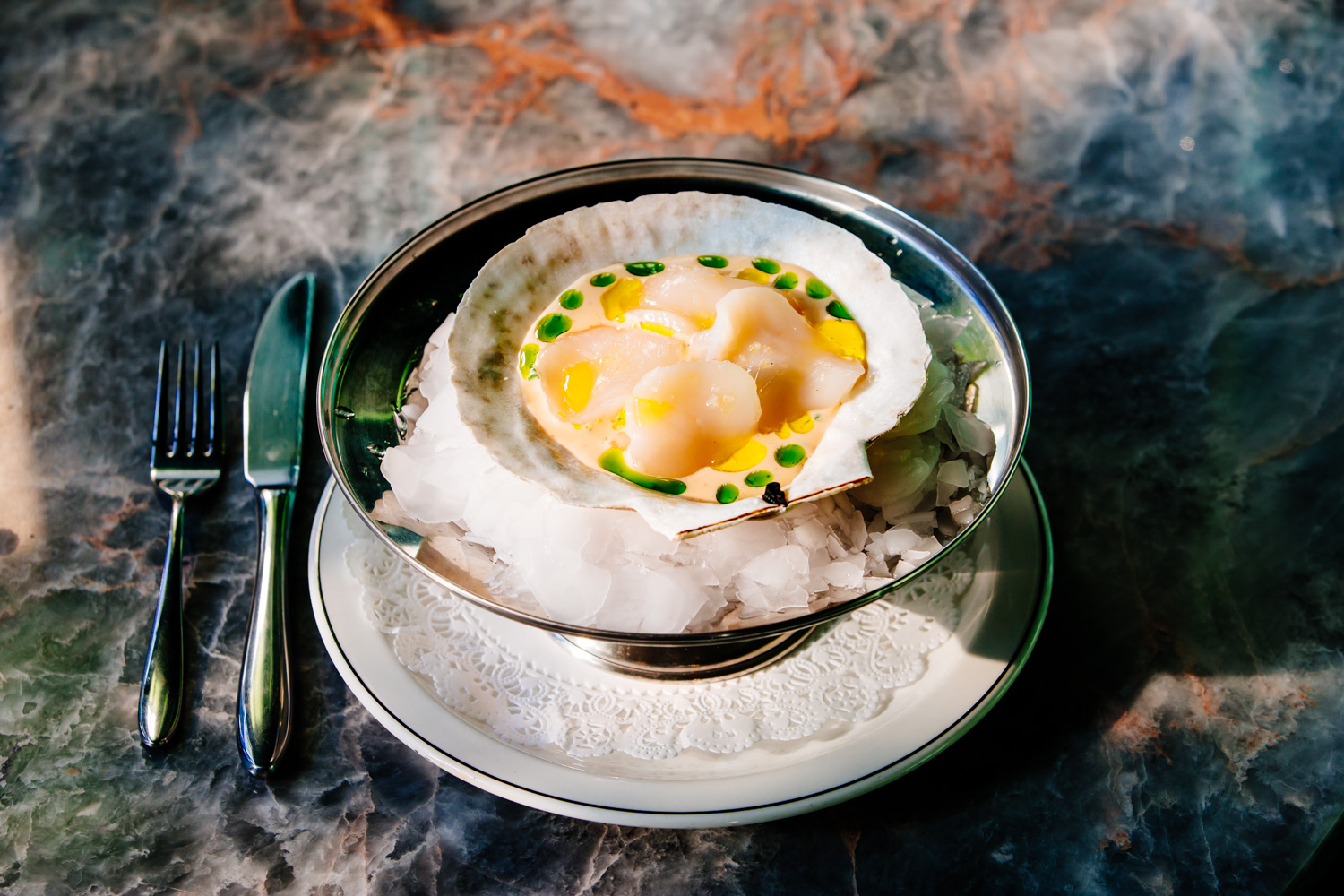 Dishes delight and astonish all the same, such as the bass en croute, a whole fish wrapped in a salt dough, baked and presented tableside before being carved and covered in yuzu beurre. Then, there’s the Ziggy Stardust Disco Egg, hand-painted chocolate egg flavoured with ancho chilli, apricot, and coffee, which cracks to reveal a nine-truffle trove.

This is fun—and elegant, and a bit different, in short La Banane has flair welcome to the city’s dining scene. Warm and engaging, Olsen has succeeded in creating a place where diners “are having too much fun and don’t want to leave.”

6 of the World’s Best New Restaurants

Florine Stettheimer: Painting Poetry at the AGO