Alfred Cointreau often carries orange peels in his pocket. As the heritage manager for his family’s famed French liqueur brand, the sixth generation representative speaks enthusiastically about the process of creating the oft-copied orange spirit, and it seems the props help. “Édouard Cointreau, my great-great-grandfather, used the orange to create this unique liqueur,” he explains, also unveiling three small tinctures. “He travelled around the world to try and find a new type of peel and brought back with him the bitter orange peel. What we look for are the small brown [markings] between the white and coloured part, the essential oils.” Splitting the peel, he explains the bitter orange should smell of zest, while the sweeter orange should have a juicy, floral scent—nuances Édouard discovered during 10 years of research that create the balance Cointreau’s imitators fail to replicate today.

The fragrance from the oranges is surprisingly poignant, but after spending a full year at his family’s distillery unloading peels and participating in the distillation process and bottling line, detecting subtleties in scent is a talent the heir has honed well. 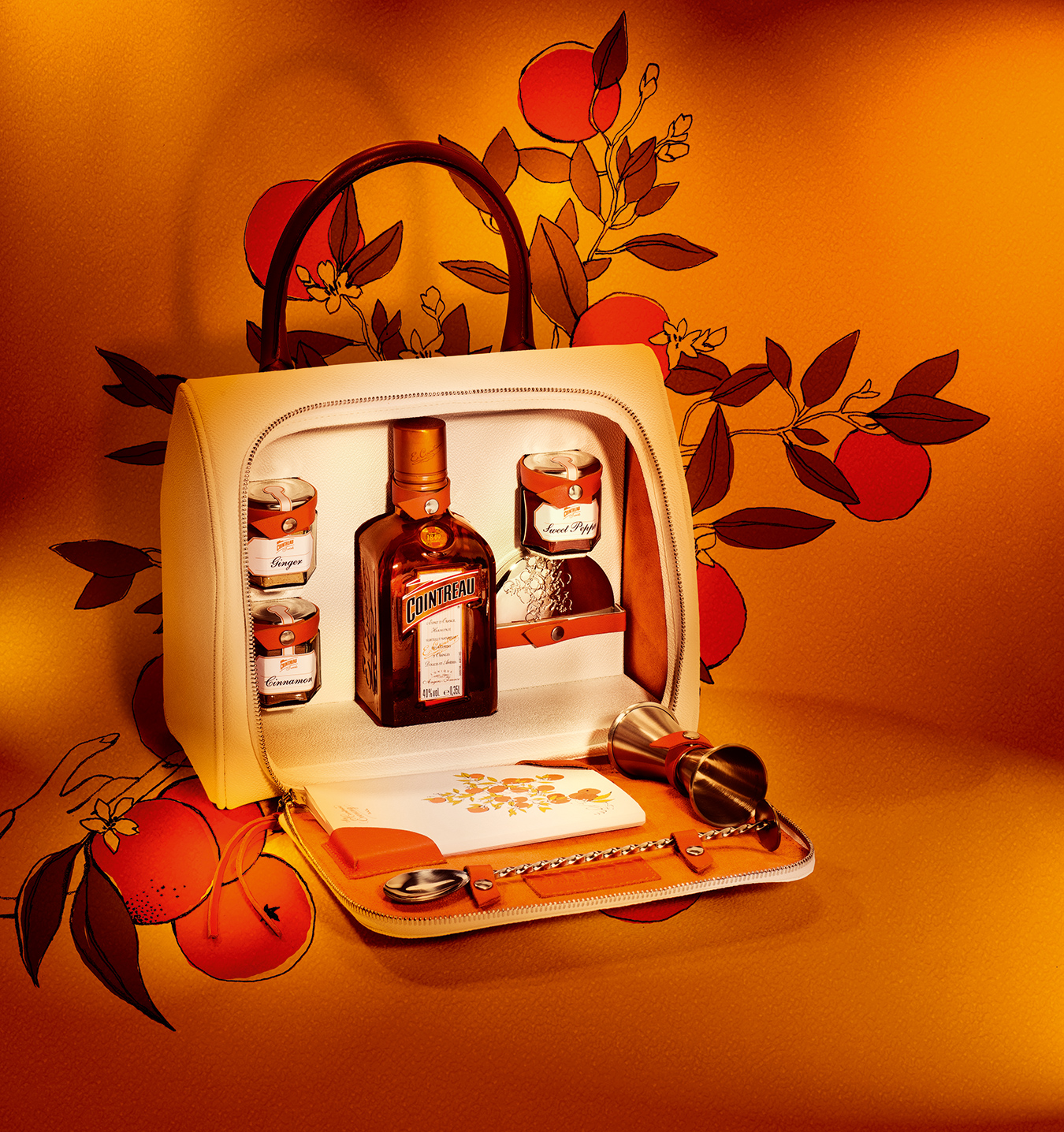 The tinctures are labeled rather anatomically: heads, heart, tails. The signature spirit starts as a mixture of water, alcohol, and sweet and bitter orange peels. “You have to imagine the distillation like a line in a tie. At the beginning you have the head of the distillation, after, the heart, and at the end you have the tail.” Each vial has its own distinct cloudiness, clarity, and scent. The heart is the most pleasing, fitting since a sentimental tribute is tied to the creation of the drink.

Édouard’s wife Louisa was very involved at the distillery, inviting workers to come to the facilities to access its running water. Her acts of kindness created strong employee loyalty throughout the company, a characteristic that Alfred proudly declares is still the case today. In many ways, Louisa was the first muse of the house of Cointreau, which today continues its legacy of being pour Mademoiselle.

“Since the beginning Cointreau was created for women,” says Alfred. “The recipe was perfected in 1875. My great-great-grandfather wanted to be the first to create an alcoholic beverage at 40 degrees, like cognac, like whisky, but for women first. We never forget that.”

This mentality has remained constant throughout the years, as the company has marketed the spirit via muses who embody confidence and elegance. “Cointreau is for women—charismatic women—and Dita Von Teese is a perfect example of that. She is really chic, very elegant, but with an unconventional touch,” says Alfred of the 2007–2014 spokeswoman. 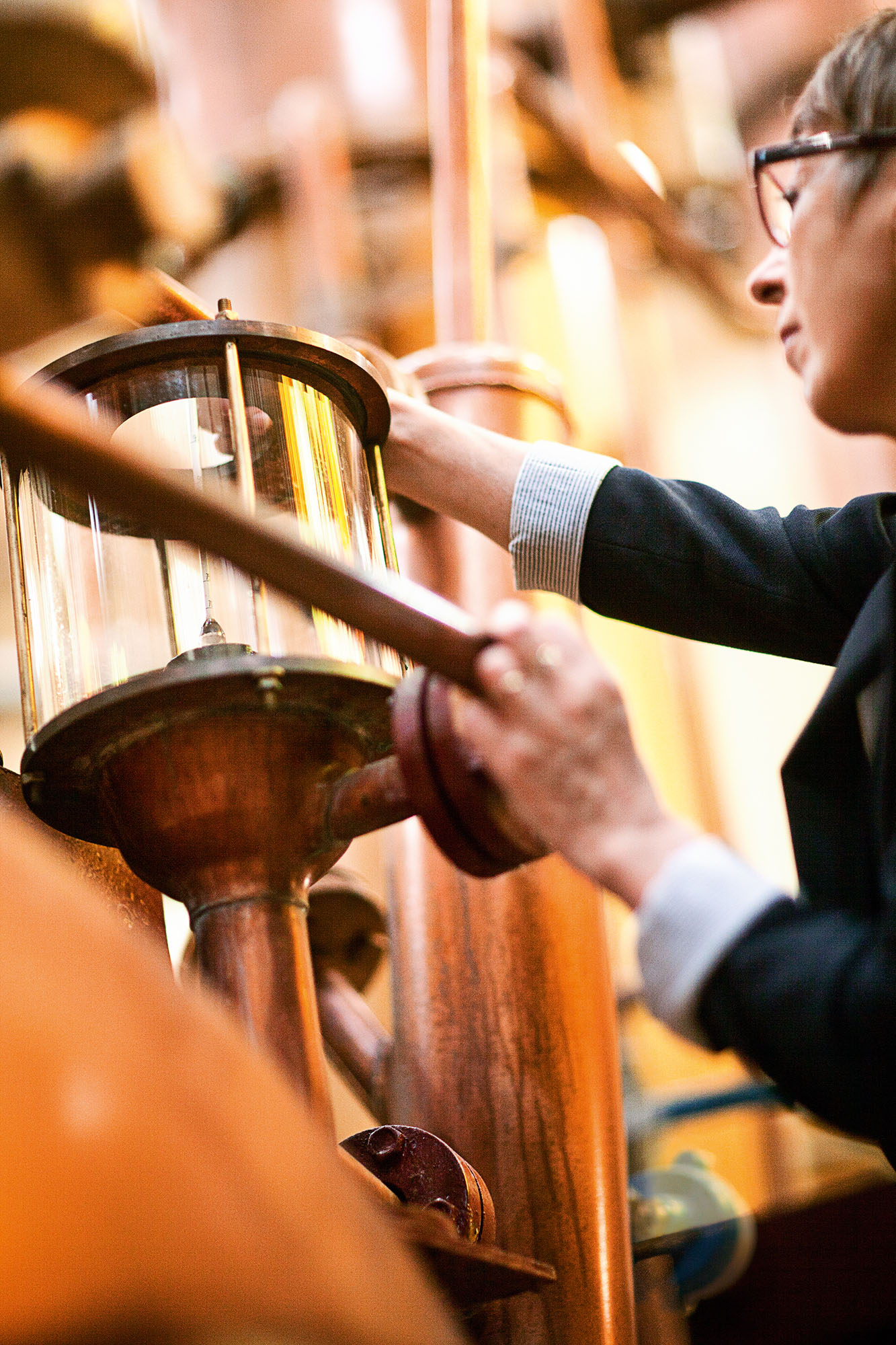 Now, the brand is in search of a Canadian muse in the form of the country’s most creative female bartender. A nation-wide competition, “Mademoiselle Cointreau”, is underway, collecting 10 finalists from Vancouver, Calgary, Toronto, and Montreal. “We will take them to Cointreau in October and have them experience the Cointreau lifestyle. They will visit the distillery in Angers, have a special experience in Paris, partake in cocktail discovery, and then there’s going to be the final event in Toronto to announce the big winner,” he reveals.

So what must the Mademoiselle undertake? Create a unique recipe centred on Cointreau, particularly the classic Cointreau Fizz cocktail. “It is an original recipe created by a French bartender. It is 5cl of Cointreau, half a fresh lime, and sparkling water in a glass with ice. It is the simplest, most refreshing. They have to revisit this original recipe and create a story around it,” explains Alfred, who is judging the competition. “Often the history of the cocktail is more important than the cocktail. And the presentation of the cocktail. My grandmother taught me to drink first a cocktail with your eyes. You have three things in a cocktail: sweet, sour, strong. You have to find a good balance between those three worlds.”

A Guide to the Châteaux and Gardens of the Loire Valley