Italians invented the Renaissance, the opera, and pasta; even so, perhaps Italy’s largest export is its aesthetic sense—the so-called Made in Italy, synonymous with style, elegance, and quality, known and appreciated the world over. Italy is renowned for its high-quality craftsmanship—has been for centuries; the manufacturing and export of its fashion is an integral part of the country’s economy. But in Europe’s boot, the fashion industry has suffered a severe blow from the effects of the COVID-19 epidemic. According to the estimates of Confindustria Moda—the Italian Federation of Textiles, Fashion, and Accessories—the loss forecast in 2020 could reach 50 per cent.

Fashion is often seen as frivolous. You see new looks on the runway each season, its trends flogged by influencers on Instagram, and hear the celebrity names wearing the latest designs. On those backs is an army of artisans who have laboured in their workshops making the components; these people are generally unknown and now largely unemployed. Fashion influences society as much as society influences fashion—it’s a symbiotic relationship. And in Italy, fashion is the second-largest industry, which is certainly not frivolous.

You see new looks on the runway each season, its trends flogged by influencers on Instagram, and hear the celebrity names wearing the latest designs. On those backs is an army of artisans who have laboured in their workshops making the components; these people are generally unknown and now largely unemployed.

The undisputed quality of Made in Italy represents a turnover of 97.9 billion euros. When the coronavirus took hold in Italy at the end of February, work came to a crashing halt. As the lockdown eased three months later, the skilled artisans with decades of experience returned to work, but production didn’t. As the pandemic continues, the web of supply chains that fulfill the needs of the major brands has become a major talking point.

Fashion isn’t just created in factories. Luxury fashion is craft, artisanship, and, above all else, made by hand—the production carried out by small-scale artisans and medium-sized enterprises (for the most part, the final phase is managed by the major brands in the sector). More than 40 per cent of global luxury goods production takes place in Italy, according to the consulting firm McKinsey & Company, with the Made in Italy label a source of passionate national pride. And while the Italian government pledged 750 billion euros in loans, grants, or payroll support to keep the national economy afloat, red tape continues to hold up assistance for many small business owners.

Fendi has announced a grassroots initiative, Hand in Hand, partnering with local artisans to honour Italian craftsmanship. The Hand in Hand project calls upon a diverse group of craftspeople across 20 regions of Italy to reinterpret a Fendi icon: the Baguette—the rectangular-shaped handbag sealed with the interlocking FF clasp, designed by Silvia Venturini Fendi in 1997. The limited-edition collective of 20 Baguettes celebrates the artisan, their know-how, and the detail tended to by their hands; each Baguette interpretation has an insignia in the inside pocket with the atelier’s name and location, in addition to Fendi’s Hand in Hand logo. 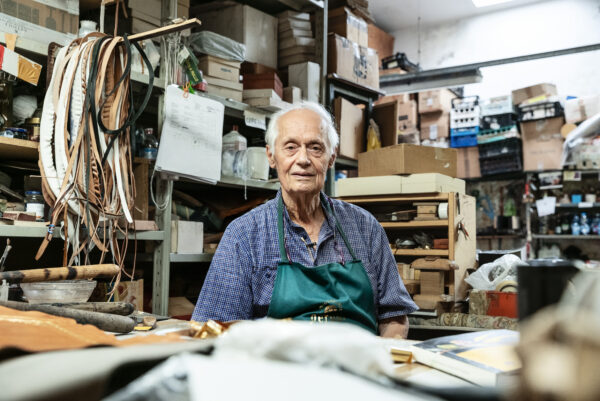 The Florentine atelier Peroni has been crafting leather goods since 1956, and has moulded a single piece of leather to form its for Fendi Hand in Hand Baguette, a chocolate-brown rectangular frame. 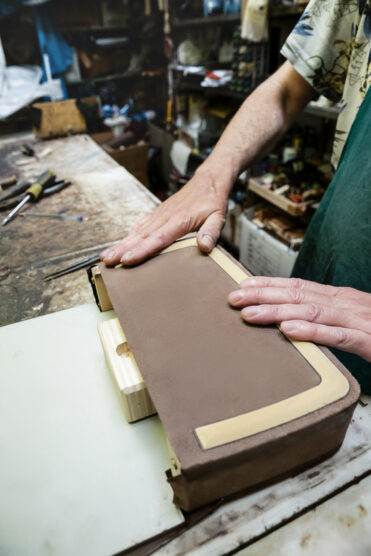 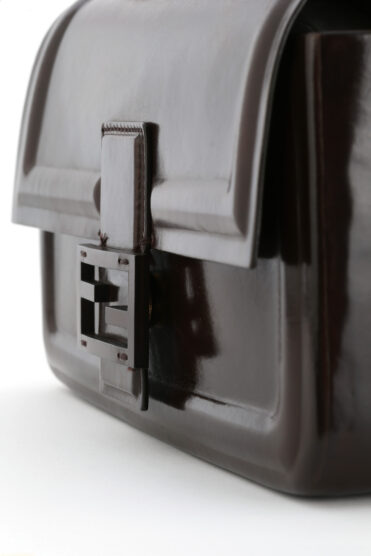 “The first is the leather Baguette bag that was presented on the fall/winter catwalk,” says Venturini Fendi. “It is made in Tuscany, by a man who normally makes small leather goods all by hand in small quantities. He makes everything by himself.” Florentine atelier Peroni has crafted a Baguette of vegetable-tanned leather employing the cuoio artistico Fiorentino technique that shapes a single piece of leather with no stitching or lining. The result is a chocolate-brown rectangular frame. 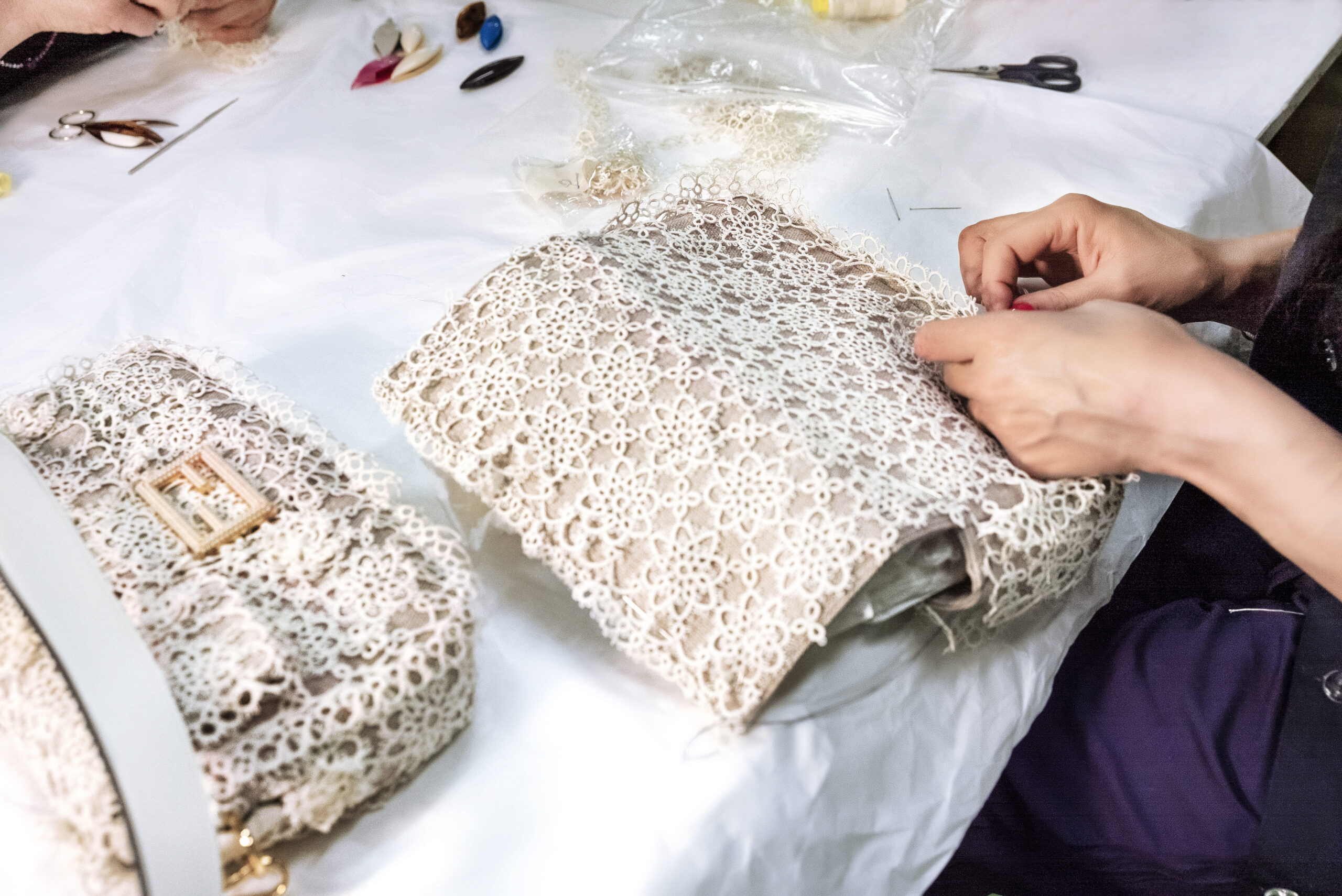 The Fendi Hand in Hand version from Puglia references Dodino lace artisans, using a loop and knot pattern to create lacework design over a linen base.

Venturini Fendi’s aim is to “explore every Italian region [from north to south] and select the best artisans still working today.” In Veneto, the heirs of ancient traditions at Luigi Bevilacqua craft Venetian textiles on 18th-century looms; a powder-pink silk lines the velvet shape with a floral brocade motif for the Venetian Baguette iteration. In the hilltop village of Ulassai in Sardinia, the Su Marmuri women’s co-operative weaves tapestries on manual looms. From Lazio and Venturini Fendi’s hometown of Rome, the jeweller Massimo Maria Melis adorns the leather Baguette with gold flourishes and ancient bronze coins. Puglia’s Hand in Hand version references Dodino lace artisans, using a loop and knot pattern to create lacework designs over a linen base from a traditional Puglian technique called chiacchierino. And on the island of Sicily, master goldsmith Platimiro Fiorenza—named one of Sicily’s Living Human Treasures as part of UNESCO’s Intangible Cultural Heritage—preserves a local art form that has existed since the 17th century: crafting red coral. 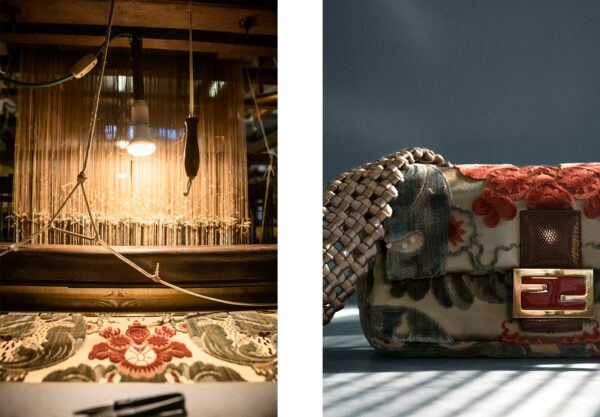 In times of great uncertainty, while the fashion industry is looking for its new dimension, it may just be that the Italian artisan whose traditions are rooted in the past is the new economy. 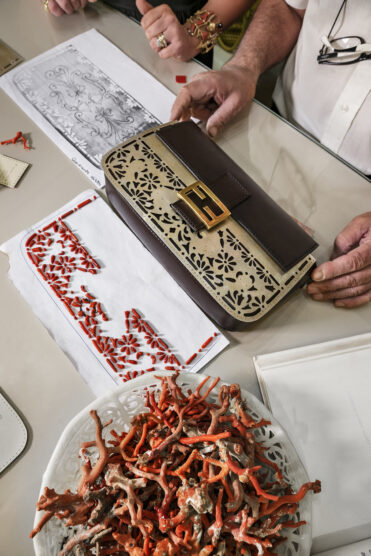 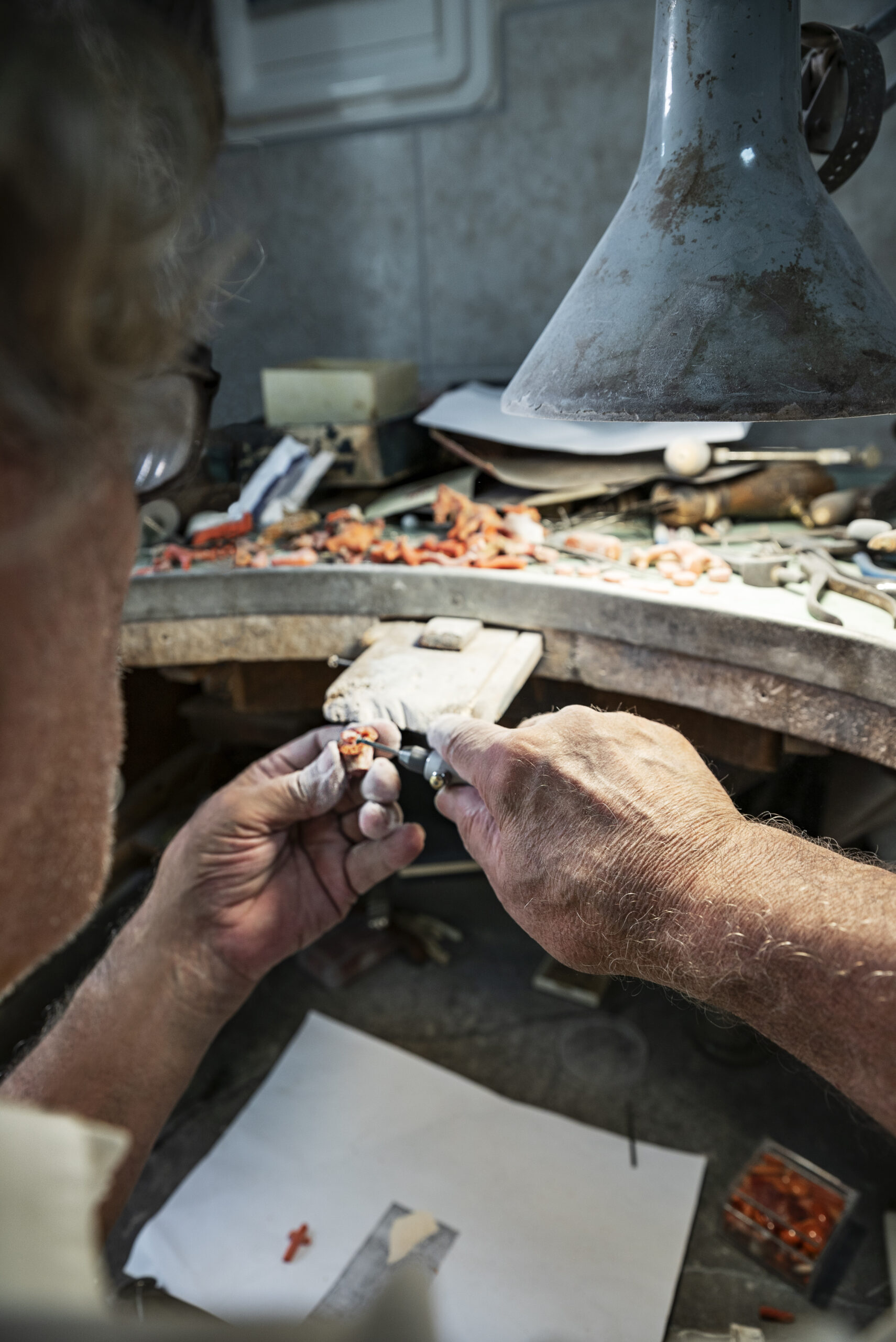 Fiorenza is one of Sicily’s Living Human Treasures as part of UNESCO’s Intangible Cultural Heritage.

11 of the Softest Things Ever to Buy Now