Long before he went to fashion school, launched his own menswear line, or became one of Toronto’s favourite independent designers, Daniel Torjman clearly had a knack for the fashion business. “I remember visiting cousins in Vancouver and going to the Westbeach store there. I was like a kid in a candy shop,” Torjman recalls. Westbeach, for anyone who didn’t skate or snowboard in the ’90s, is an apparel brand whose colourful T-shirts were coveted by teens like Torjman and his friends. There was, however, no Westbeach store in Ottawa and, in the days before the internet, no way for them to get their hands on the clothes. Torjman, in an early display of entrepreneurship, wasted no time in setting himself up as middle man. “The shirts were $20, I think. I talked to the manager and I said, ‘If I buy 20 T-shirts, can I get them for $15 dollars each?’ ” The store manager, possibly impressed by this 14-year-old’s chutzpah, agreed. “So I went back home with a duffle bag full of Westbeach clothing and sold it to all my friends and all the Grade 13 kids,” he says. “That was my first business venture.”

These days Torjman’s style, characterized by slim-cut suits paired with wide-brimmed hats, chunky silver jewellery, and bandanas, has evolved significantly since his teenage skater days, but his passion for clothes and his belief in his own creative vision remains undiminished. His characteristic vision and passion have taken him from fashion student to upstart designer to a fixture of the Canadian independent fashion scene, all while weathering the Great Recession, the rise of fast fashion megabrands, and, most recently, the pandemic. As rents on Toronto’s Queen Street West went from expensive to astronomical, as countless start-up fashion brands rode waves of hype only to be dashed by high overheads and tiny margins, 18 Waits has remained steadfast. There are a few reasons for this, but among them is Torjman’s unwavering belief in his own taste and his ability to spot an opportunity whether in a duffle bag full of skateboard T-shirts or a colourful Japanese cotton print.

One of the things that has played a defining role in Torjman’s aesthetic, and by extension the clothes he designs, is his love of music. “It’s always been a really important keystone in my life,” says the designer, recounting fond memories of family road trip singalongs and seeing the Beach Boys live in concert with his parents as a young child. In addition to falling in love with the music of genre-defining artists such as the Rolling Stones, David Bowie, and Bob Dylan, he would consume their liner notes, lyrics, and photography, forging a deep connection to their look and feel. “I’ll never forget in Grade 9, a friend gave me Oliver Stone’s The Doors on VHS. The next week I’m showing up at school wearing corduroys and growing out my hair.” 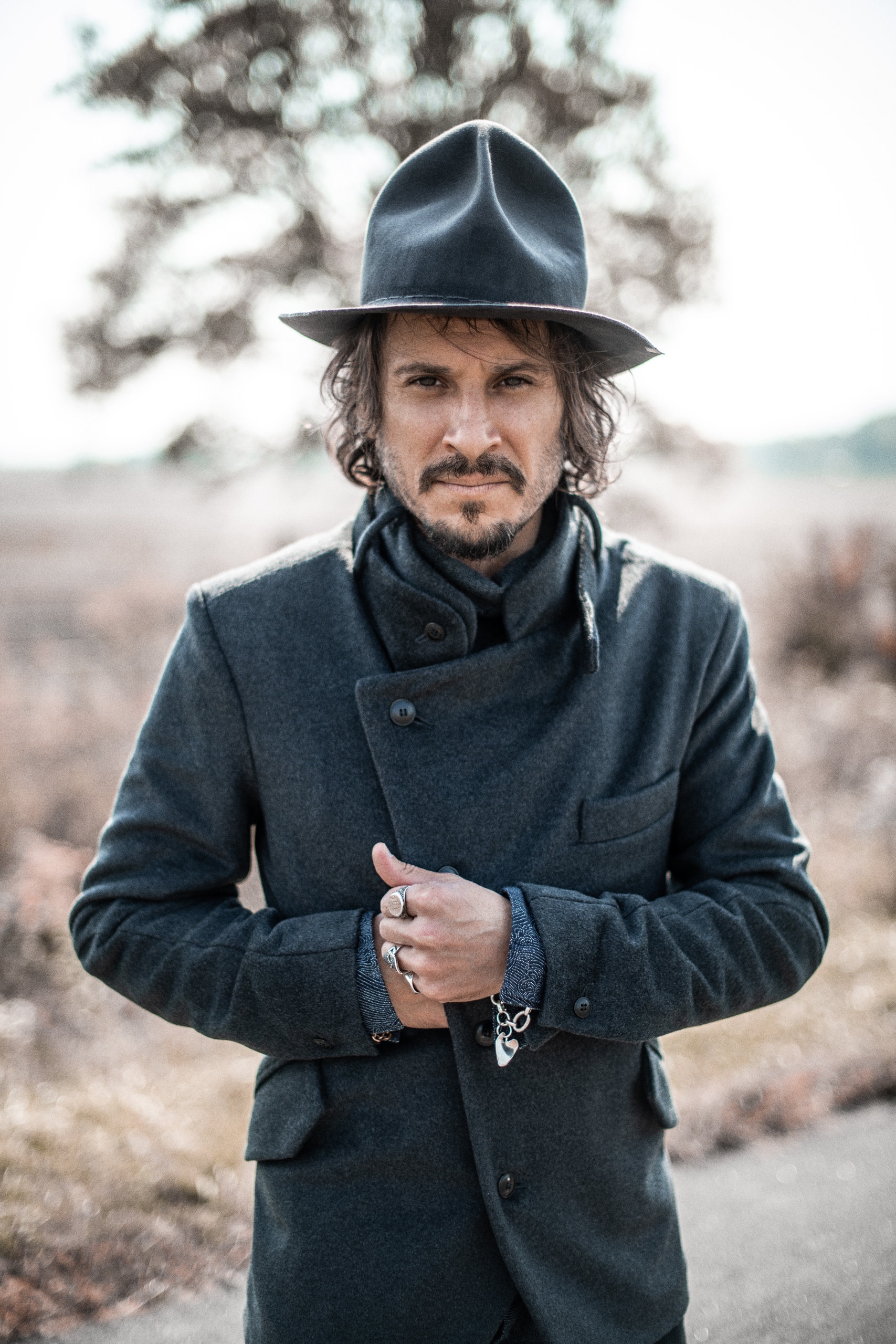 After earning a degree in sociology from Queen’s University in Kingston, Torjman followed his enthusiasm for clothes and design to New York, where he enrolled in the prestigious Fashion Institute of Technology. As part of his coursework at FIT, he was required to complete an internship, but when asked to submit his top three choices of brands to work for, Torjman had only one: a menswear label called Rogan. “When I was in New York, they [Rogan] were fairly new, and they were one of the first companies to do Japanese selvage denim at $400 a pair. It was really new, supercool, zero marketing, all word of mouth, and it was already going crazy in Japan.”

“School is a terrific foundation and very important for many reasons, but you can never learn as much as you can by actually doing. There are things you can’t learn in a textbook; you just need to do.” —Daniel Torjman 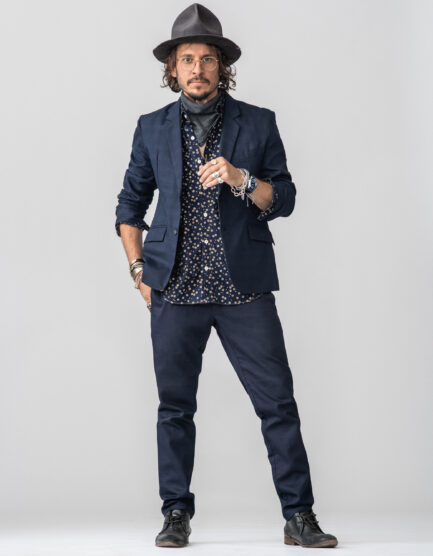 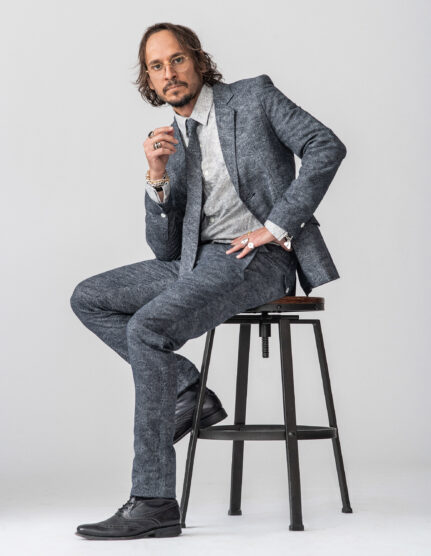 Designer Rogan Gregory, who would go on to create a fashion line with U2 frontman Bono before embarking on a successful career as a multi-disciplinary visual artist, was a rising star beloved for his creative interpretations of traditional workwear. As luck would have it, Torjman didn’t need a second choice, and soon after joining Rogan as an intern, he would get even luckier. “I was working under the production manager, and she decided to leave the company right in the height of production season,” he says. “Because I was her intern, I knew the program better than anyone in the company, so despite being fairly green they offered me a job right away. At the time, I couldn’t have dreamed of anything better.”

While his fellow interns were straightening sample racks and fetching coffee, Torjman was managing the production run for one of New York’s buzziest menswear brands. He stayed with the company for three years before returning home to Toronto to start his own business. “One thing I always say is that school is a terrific foundation and very important for many reasons, but you can never learn as much as you can by actually doing,” Torjman explains. “There are things you can’t learn in a textbook; you just need to do.” 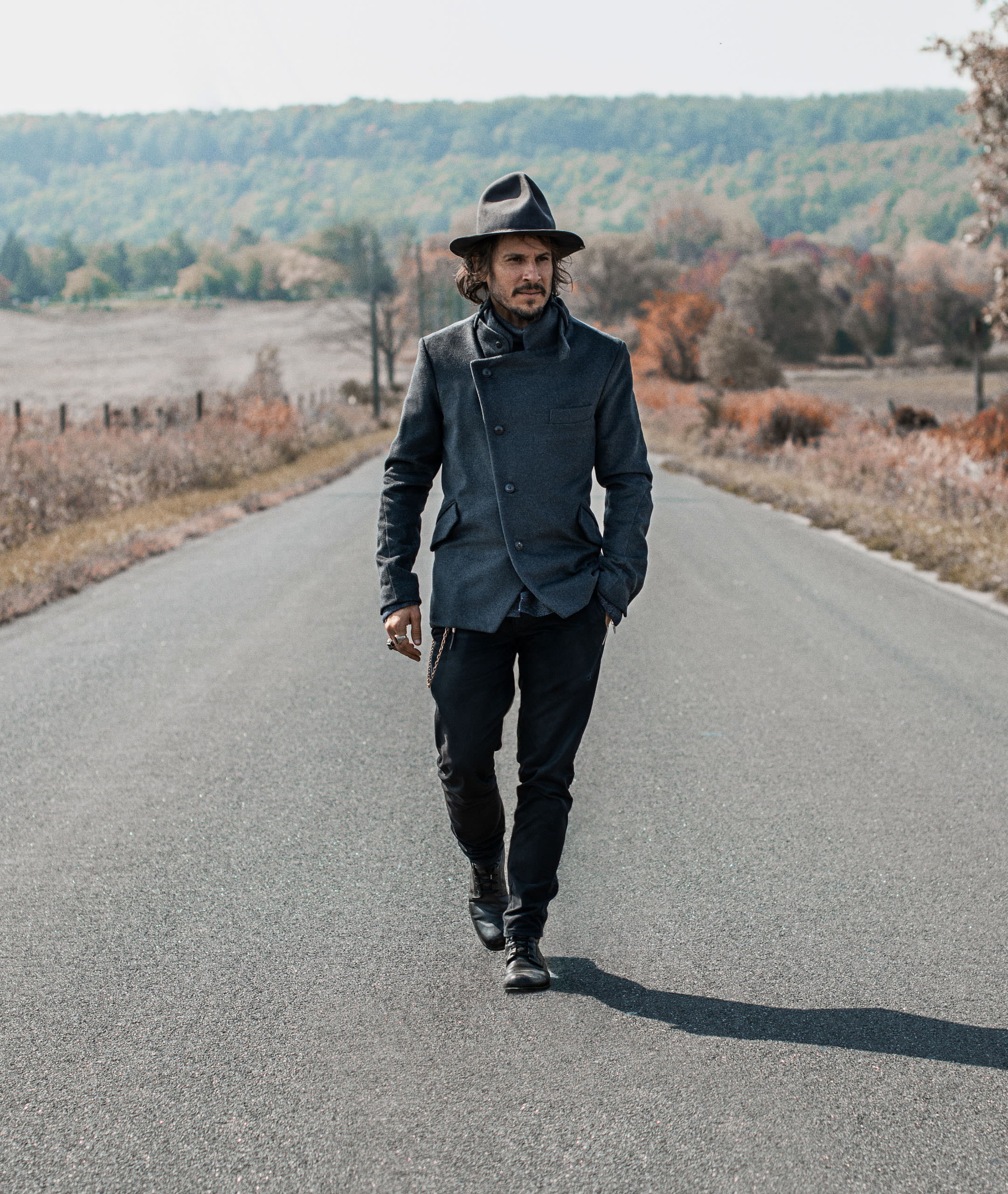 Torjman launched 18 Waits in 2008, just as the global financial crisis hit full force. It was by any definition a hard time to start a fashion brand, but Torjman took it in stride, approaching his fledgling label with the same kind of entrepreneurial spirit he had applied to his high school T-shirt business. His first collection was an offering of T-shirts and sterling silver jewellery, all made in Canada. “I had a list of maybe eight or 10 stores in Toronto that I wanted 18 Waits to be in,” recalls Torjman. “I threw everything in a bag and literally just walked into the store and talked to the manager or the owner or the employee and gave them my spiel. Surprisingly, it was very well received.”

Part of the reason for 18 Waits’ success is that Torjman isn’t the only one who appreciates the brand’s unique blend of tailoring, comfort, and attitude. From its inception to today, 18 Waits has specialized in clothes that are familiar in certain quarters of every North American city, from Queen West to Gastown to Williamsburg. His combination of tailored jackets and trousers with sturdy flannels and washed-out Henleys appeals to the sort of man (like Torjman himself) who wants to look put-together without feeling too buttoned-down. “It was never about selling a shirt,” says Torjman of his concept for 18 Waits. “It was about creating an aesthetic, a vibe, a feeling that people can really pick up.” 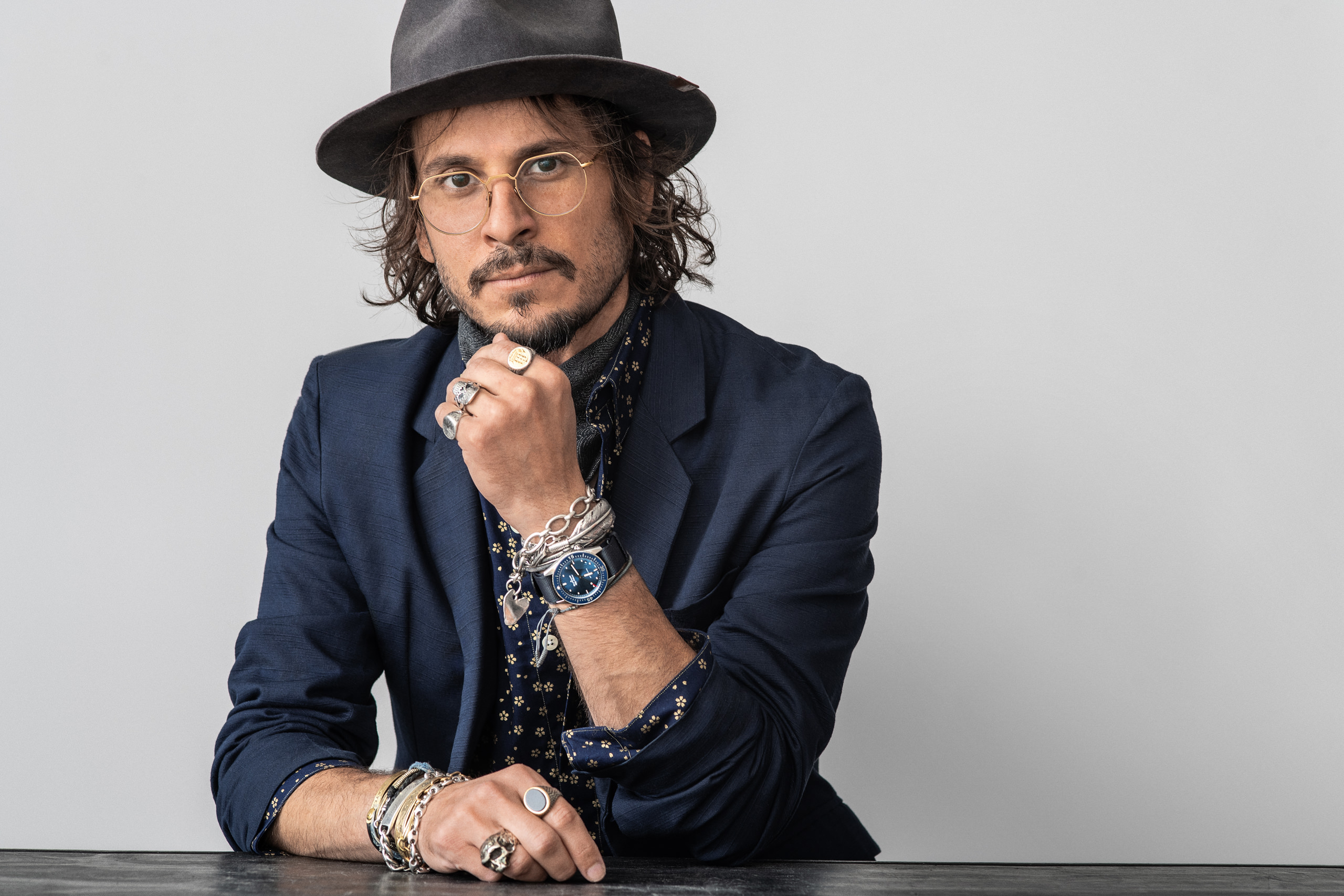 Over the next decade, Torjman expanded 18 Waits’ offerings while remaining true to both his original vision and his commitment to making his clothes in Canada to the highest standards of quality. He sourced funky Japanese cotton cloth and cut it into statement-making button-downs, created slim three-piece suits in luxurious linens, seersuckers, and herringbones, and did a brisk business in an assortment of fashionably bohemian newsboy hats, colourful bandanas, and sterling silver rings and pendants. Since the birth of his son, Hopper, Torjman has also expanded into children’s wear with Hopper Hunter, a line of whimsically tot-sized replicas of his signature shirts.

The pandemic has changed things for 18 Waits, as it has for every fashion brand in the world, but the lessons Torjman learned in 2008 are helping him persevere and adapt to the new fashion landscape. “We might have to shift and come up with new strategies, downsize, slow down, but it can still be done,” he says. “Like anything worthwhile in life, it’s not going to come easy, but we can do it. As a business, and also as people, we have to adapt. It’s not something impossible, it’s just different.”

The pandemic has changed things for 18 Waits, as it has for every fashion brand in the world, but the lessons Torjman learned when he founded the company in 2008—just as the global financial crisis hit full force—are helping him persevere and adapt to the new fashion landscape.

In the meantime, 18 Waits’ fall/winter 2020 collection is a characteristic collection of functional, stylish basics such as soft woollen button-downs, cozy sweaters, and flannel-lined trousers mixed with waxed-cotton jackets, navy blazers, and bright-patterned shirts. All of it is still made in Canada, Torjman says, and designed to stand up to a lifetime of wear. There are masks, too, of course, cut from an array of the brand’s fabrics (plus a video on the website of how to fashion one from one of 18 Waits’ signature bandanas). It’s a necessary concession to the current times but also a reflection of the scrappy rock ’n’ roll spirit of the brand and its founder. The company has evolved and grown in the last decade, but—to put it in terms Torjman and his customers would appreciate—the song remains the same.