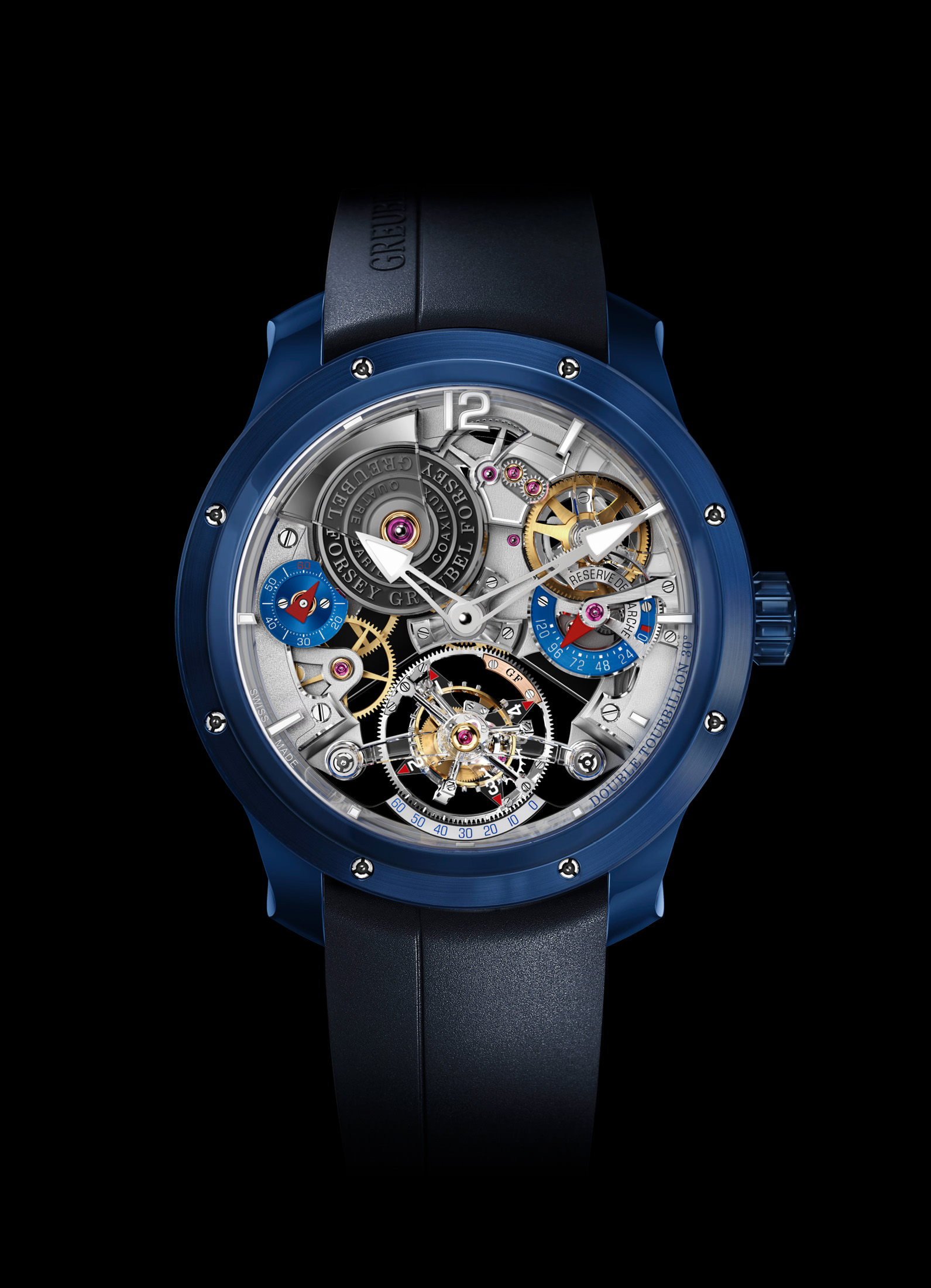 As far as mechanical timekeeping goes, it doesn’t get more precise than the Double Tourbillon 30° Technique by Greubel Forsey. The timepiece was first unveiled at Baselworld in 2004, after five years in development by Stephen Forsey and Robert Greubel. In the years since, the watch has come to define the independent Swiss watchmaker brand. Now, for the first time in the manufacture’s short history, the Double Tourbillon 30° Technique is encased in blue ceramic. The result, a limited number of just 11 pieces, is a very different aesthetic from what came before (red gold, white gold, platinum, and sapphire). Rather than just placing the old movement in a new case, the atelier has added several sapphire elements—most notably the sapphire tourbillon bridge. The model’s familiar open-worked design with three-dimensional architecture emphasizes the hand-wound mechanism, in which the 421 parts are finished by hand in typical Greubel Forsey style.