Relaxation is a skill built over hours of studious practice—and to holiday is to put this skill to the ultimate test. I’m learning the intricacies of what true, visceral relaxation means while sipping a cocktail in front of the lapping ocean at the Atlantis Bahamas. The sun beats me into a languid state of semi-consciousness as the beads of condensation from my drink trickle through my fingers.

It shouldn’t come as a surprise that tourism makes up about 60 per cent of the Bahamian economy; this Caribbean archipelago is synonymous with the ideal getaway and is often marketed as a paradise you can escape to. And the Atlantis Bahamas, named after Plato’s sunken, fictitious city, is just as legendary as the island it’s situated on: it holds one of the world’s largest man-made open-air marine mammal habitats, a 141-acre water park, and eight kilometres of beach. It is hallowed ground for holidaygoers, who mostly hail from the United States and Canada—the capital city, Nassau, is only a three-hour flight away from New York and Toronto.

The 171-acre resort is a city unto itself: it employs over 7,000 Bahamians and has five hotel towers for a total of 3,500 rooms, ranging from the luxury hotel Cove to the long-stay condos at the newly renovated Reef—a holiday escape for a number of celebrities. While the beach is accessible to all, 11 pools are scattered throughout the property. For more remote idleness, trek further along Paradise Beach to the very end of the Cove’s peninsula, where the sand gives way to grass and rocks. Here, you’ll find a permanent art installation by local artist Antonius Roberts. Entitled Sacred Space, the sculpture series depicts seven dancing women and is carved out of local madeira trees. 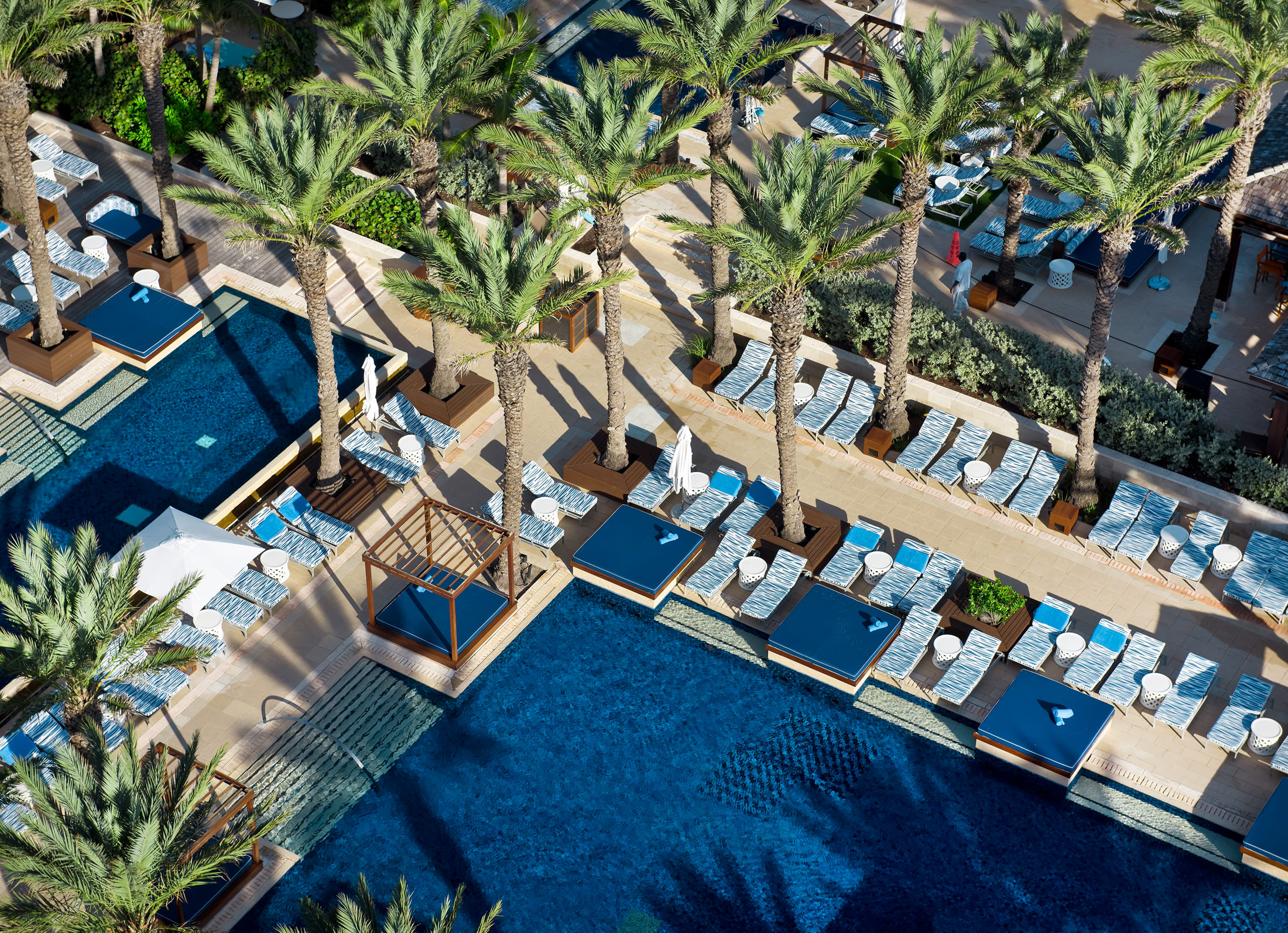 And yet the art of the holiday encompasses not just relaxation but also fun, whether you’re walking underwater with sharks in an enclosure or snorkelling in crystalline waters an hour’s catamaran ride away from the resort. Famed for its dedication to marine conservation, Atlantis uses tourism as a tool for education—every marine experience supports the Atlantis Blue Project Foundation, the resort’s non-profit, which works to conserve Bahamian marine life and habitats. The foundation pledged $3-million in the aftermath of Hurricane Dorian for on-the-ground relief efforts to help the Bahamian people.

Land experiences are just as plentiful as marine ones: lovers of golf and James Bond will delight in the 18-hole course at Ocean Club, the hotel where several scenes in Casino Royale (2006) were filmed; the course is open to guests of Atlantis. Designed by pro golfer Tom Weiskopf, the expansive course stretches more than 7,000 yards, right to the ocean’s edge.

The Atlantis is a resort of epic proportions, offering all the elements necessary to achieve a balance of relaxation and adventure.

The Many Faces Of Macau What Post-COVID Travel Should Look Like, According to G Adventures’ Bruce Poon Tip