“Beauty is really what I need to survive,” affirms François Nars. “It’s a survival thing for me. If I don’t have any beauty in my life, I think I would probably die.” When delivered by a makeup artist, the statement has an air of superficiality. But for Nars, the fabulous Frenchman and revered creative, beauty goes deeper than face value. “I think beauty helps us survive, in a way. And I think that’s what makes us see the world in a better way.” For 23 years, Nars has communicated the essence of beauty through his smash-hit cosmetics brand of the same name. 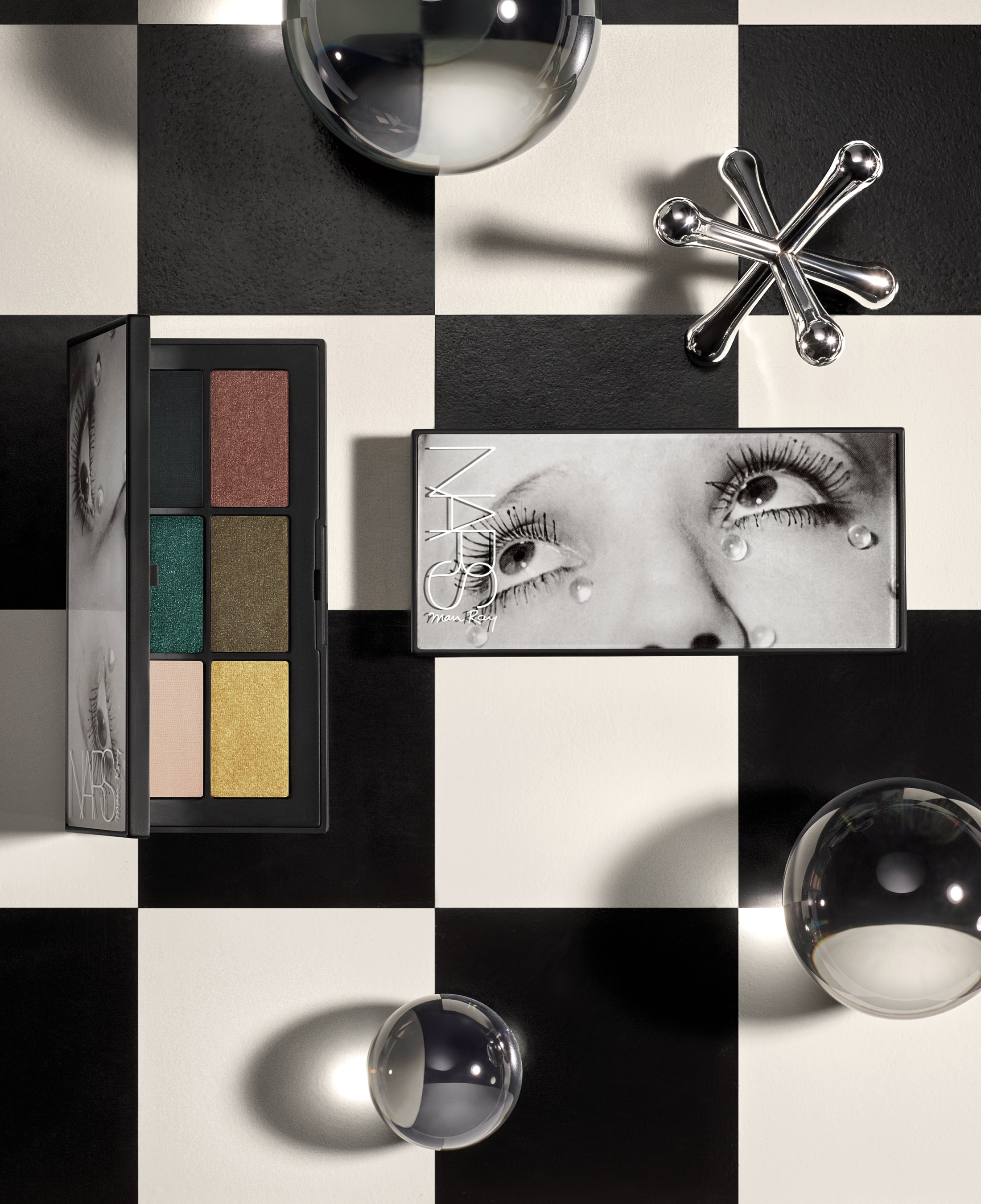 Building on highly sought-after collaborations with Guy Bourdin, Steven Klein, Sarah Moon, the Andy Warhol Foundation, and most recently Charlotte Gainsbourg, Nars has dedicated the NARS holiday collection this year to 20th-century master Man Ray. “My parents were very into art, and as a child I would go through their art books,” says Nars. “With the Man Ray books, right away there was an attraction. You know, when you’re a kid, you’re attracted or you’re not. There are a few images of Man Ray that have stayed with me since I first saw them,” he says, citing Le violon d’Ingres, Larmes, and Noire et blanche, which shows Kiki de Montparnasse’s head next to an African ceremonial mask.

For 23 years, Nars has communicated the essence of beauty through his smash-hit cosmetics brand of the same name.

Born in the south of France, Nars spent much of his youth choosing French Vogue over comics. “We’re talking the period of 1969, 1970, and ’71—those three years triggered something in me. I loved the fashion magazines of that period; they took me away in a different world,” he says. While the fashion enthralled him, it was the creative drama of the makeup that really had him hooked. “I hated going to grade school. I took refuge in this world that fascinated me. It was an instant attraction to makeup,” recounts Nars. He graduated from the Carita beauty school in Paris and pursued a career in makeup. Moving to New York in 1984 after encouragement from industry heavyweights, he worked with big-league publications and fashion designers. Like others before him, Nars wasn’t satisfied with the tools of his trade, so in 1994 he launched a collection of 12 lipsticks at Barneys New York. “You know, I threw those 12 shades of lipstick on the market thinking that it was not necessarily going to be a success,” he admits. “I did it for the fun, the creative part of creating colours. I felt, if it works, it works. And if it didn’t, I would have given all the product to friends and had a party and that’s it.”

Demand soon led him to create his full eponymous line, NARS. The cult-classic Orgasm, a blush launched in 1999, is perhaps his most famous product (and still a bestseller), with an Orgasm range that now consists of 10 products including a lip gloss, a nail colour, and—a NARS trademark—a Multiple stick. The Velvet Matte lip pencil was one of the first of the industry and is now offered in 27 colours. The brand has released more than 600 products, and in 2000 it was acquired by Shiseido. Despite having ceded ownership, Nars maintains total creative control, working from his studio in New York.

Nars’ daring flair for colours and textures, and the distinctive way he translates beauty, have earned him his own type of star status, but he has little desire to be a star himself. Bearded and bespectacled, the fifty-something Nars favours mystery (along with black Dior suits and a Hublot Big Bang timepiece), rather than over-sharing on social media. Notwithstanding, tagged #NARSissist, social media is flooded with all things NARS. 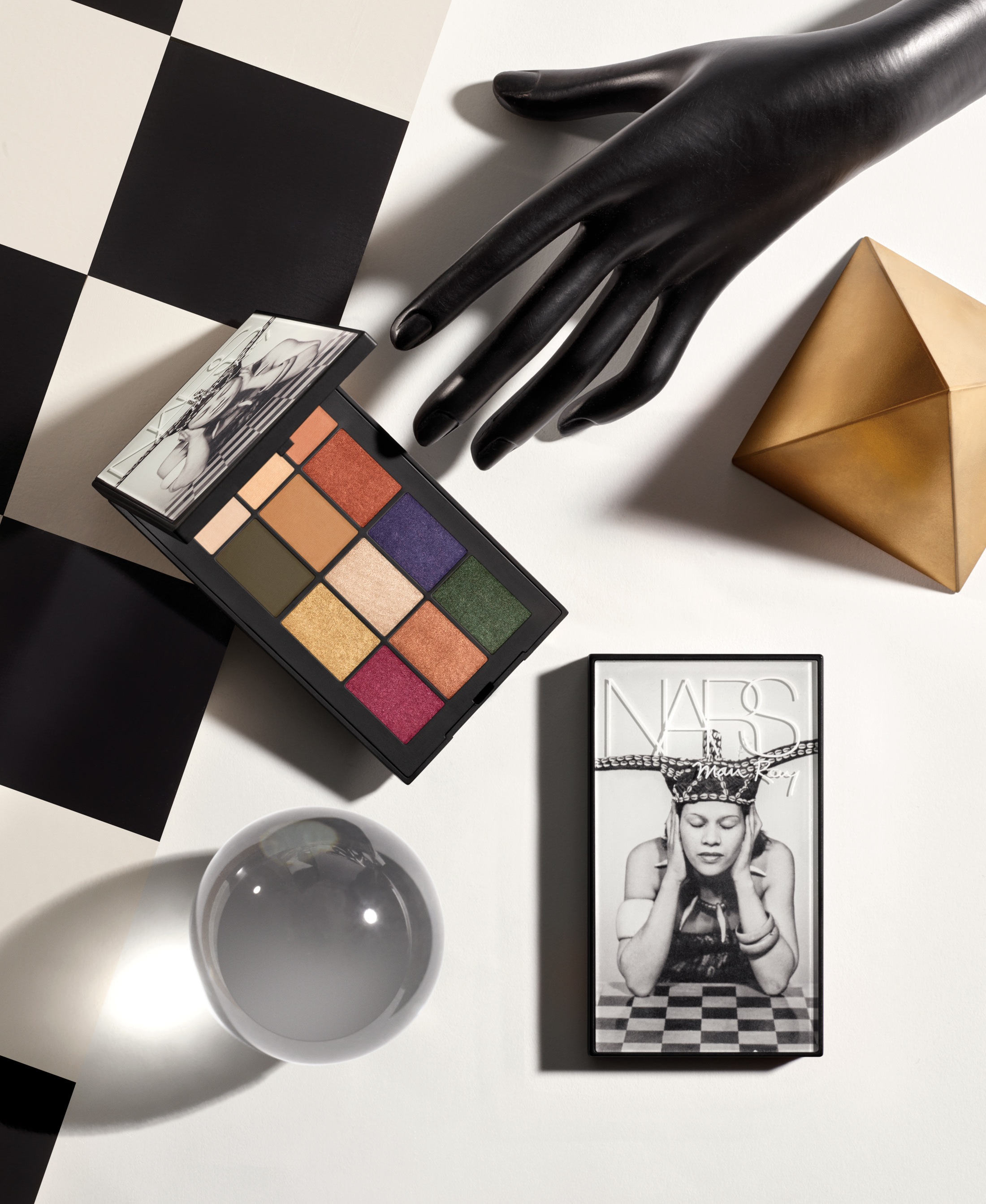 “It’s important for a woman to feel good in her own skin,” he says of his beauty philosophy. “In fashion, beauty, and in life, you want to find your own style. What makes you feel good—it gives you power.” Obsessing about youth is not Nars’ thing. Nor are his muses conventional beauties. His preference is an idiosyncratic beauty: Isabella Rossellini, Alek Wek, and Daphne Guinness, all of whom he has photographed. (His mother, grandmothers, Greta Garbo, and Marlene Dietrich are his beauty icons.) He may be best known for makeup, but his artistic pursuits extend beyond this. For the last few years he has been working on his photography, and now he shoots all the brand’s images; he has put out six coffee-table books as well.

“It’s important for a woman to feel good in her own skin,” he says of his beauty philosophy.

Nars has always gravitated to artists rather than Hollywood celebrity types with his collaborations. Man Ray was a creative chameleon whose career was defined by experimentation and self-reinvention. “Counter to what most believe, Man Ray was actually not a photographer,” says Wendy A. Grossman, a scholar and specialist in photography, early 20th-century European and American modernism, and Man Ray. “He was a painter, an object maker, and his relationship to photography began when he was unhappy with the way his paintings had been photographed for promotion of his exhibitions.” Man Ray, François Nars—both picked up photography to promote their art.

“Makeup was absolutely critical to Man Ray’s aesthetic,” notes Grossman. “He was really appreciative of what makeup would do.” Lips were a focal point throughout Man Ray’s practice and one of his most famous works, A l’heure de l’observatoire—Les amoureux, features sensuous red lips floating in the sky.

The Man Ray for NARS collection boasts an impressive 23 pieces, and each item is like a work of cosmetic art. Some of Man Ray’s iconic images grace the packaging of the palettes and lipstick cases—one is the Love Game eyeshadow palette, a 12-colour set featuring Ady Fidelin, Man Ray’s muse and the first African-American model to be featured in a fashion magazine.

“You need to be inspired by people and art, and by those who came before you,” says Nars. “My head is filled with references. It’s what helps me create something new but with strong substance.” In terms of his life and career, he attributes his success to staying true to “instinct and first love. I love it or I hate it—it’s as simple as that.”