In the depths of the Lonely Mountain, Erebor, ancient reptilian scales fill the movie screen, opening to reveal a nictitating eye of J. R. R. Tolkien’s malevolent dragon Smaug. The creature is just one of hundreds of iconic Tolkien characters and mythical landscapes brought to life by visionary illustrator and conceptual artist John Howe.

“I can’t remember not drawing,” reminisces Howe, 57, admittedly tired after five years sequestered in New Zealand (with breaks between films to return to Neuchâtel, Switzerland, which he has called home for more than 30 years). Following years of releases of Lord of the Rings and Hobbit instalments, which Howe worked on under the director of Peter Jackson, the finale, The Hobbit: The Battle of the Five Armies, is scheduled to open in theatres on December 17. 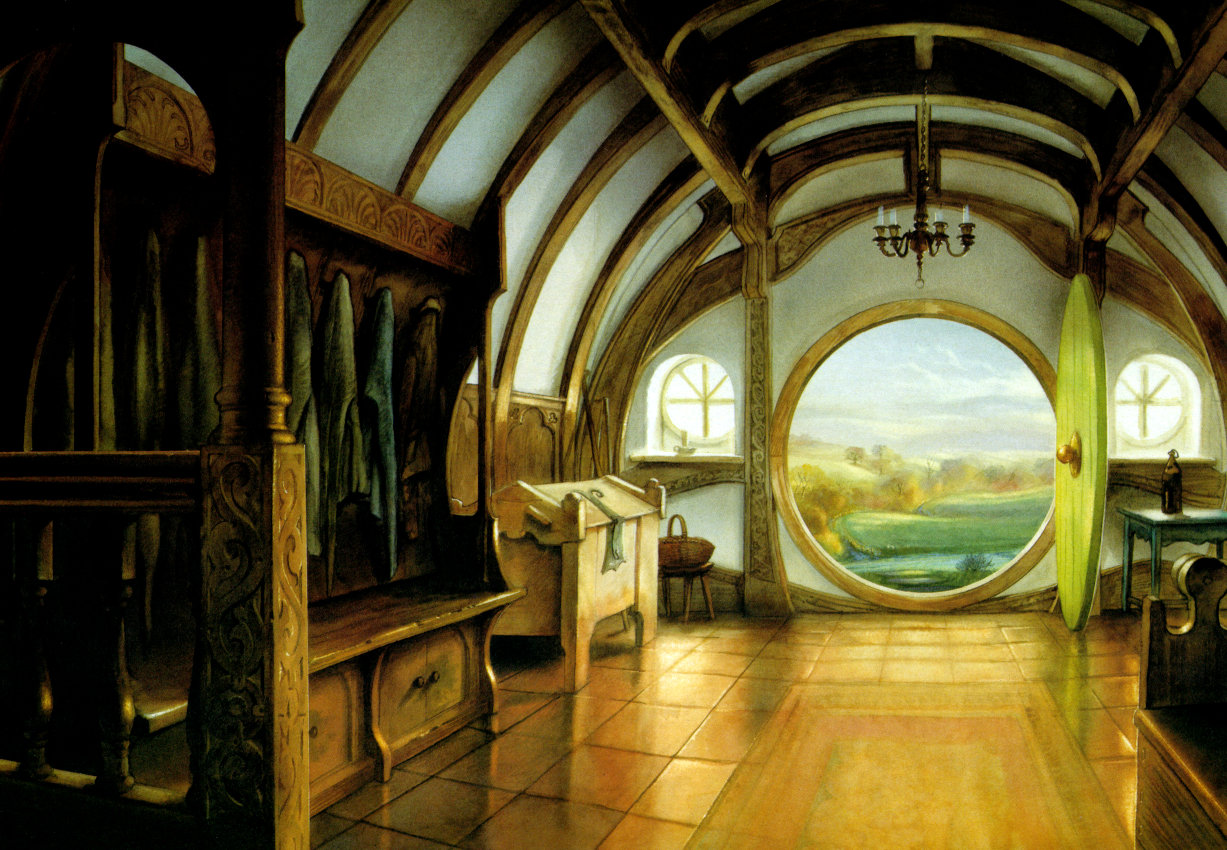 Born in Vancouver and growing up on a farm in Keremeos, British Columbia, with his parents and brother, Howe was painfully shy. He plunged himself into the world of drawing heroic fantasy by digging around second-hand bookstores and reading comic books. Perfection became an obsession with Howe, who often destroyed his drawings when they didn’t meet his critical eye.

“I did do a booming business making drawings for kids in biology class, charging 25 cents each,” he laughs, “but really all I wanted to do was leave Canada. Not much culture to inspire me then.” A scholarship to study illustration in Strasbourg, France, was his escape ticket. “I was always fascinated with medieval history and architecture, and drew extravagant landscapes—everything I had been reading about as a kid suddenly came alive in Europe.”

Private commissions and illustrations for children’s books preceded his big breakthrough: when publisher HarperCollins wanted Howe to illustrate the covers for numerous Tolkien books. Tolkien calendars, maps, posters, and pop-up and adult colouring books ensued. Later his autobiographical Myth & Magic: The Art of John Howe would be published, all feeding the insatiable fantasy genre machine. And then came a phone call in 1998. 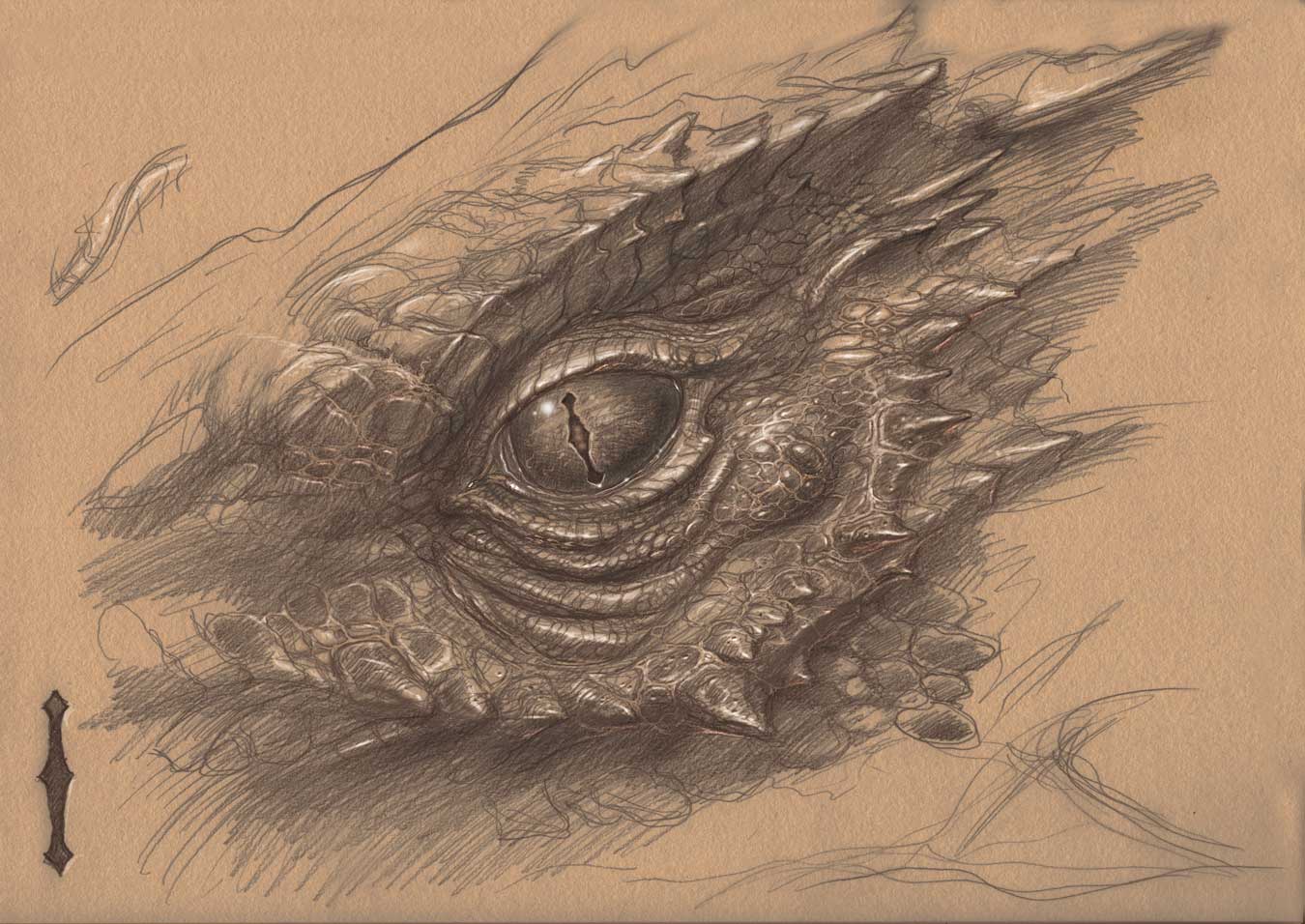 “It was the middle of the night in Switzerland and someone named Peter Jackson called from New Zealand to say he was bringing Tolkien’s classics to the screen,” says Howe. “I didn’t even know who he was then. My wife, Fataneh, my son, Dana, and I packed up so fast. When I arrived at Peter’s studio, Three Foot Six in Wellington, I saw all my previous Tolkien illustrations tacked up on his wall.”

Howe would meet his collaborator, fellow illustrator Alan Lee, on the plane. When work began, they seemed to naturally divvy up the thousands of pencil sketches, watercolour illustrations, and renderings vital to capturing the essence of Tolkien’s complicated books. “I seemed to lean to all the baddies like Gollum, the Black Riders, Orcs, and Smaug,” admits Howe. An exception was his painting of wizard Gandalf the Grey, which directly served as a visual model for Ian McKellen’s character.

“While roaming the naturally mythological landscape in New Zealand—always with sketchbook in hand—I realized how much it reminded me of the wildness of hiking in B.C.,” says Howe. “When I left Canada at 19, I never would have imagined my life would take me on a journey to Middle-earth and back.” A Guide to Crystal and Gemstone Rituals