King Louis XIII of France, who reigned from 1610 to 1643, has been overshadowed by his son Louis XIV, the “Sun King”, who gave us the Palace of Versailles, “L’état, c’est moi” (“I am the state”), and numerous wars. Louis XIII’s reign was somewhat less spectacular, but he did have the good sense to encourage the infant brandy industry that sprang up in the Poitou-Charentes region of western France, just north of Bordeaux. Brandy quickly became a major industry, and the small Cognac area within Poitou-Charentes was soon recognized for the superior brandies that took its name.

Louis XIII’s foresight is recognized in the name of one of the world’s great cognacs: Rémy Martin Louis XIII Grande Champagne Cognac. The name acknowledges the fact that Louis XIII was on the throne when the Rémy Martin family, a lineage that included many winemakers, settled in the region. 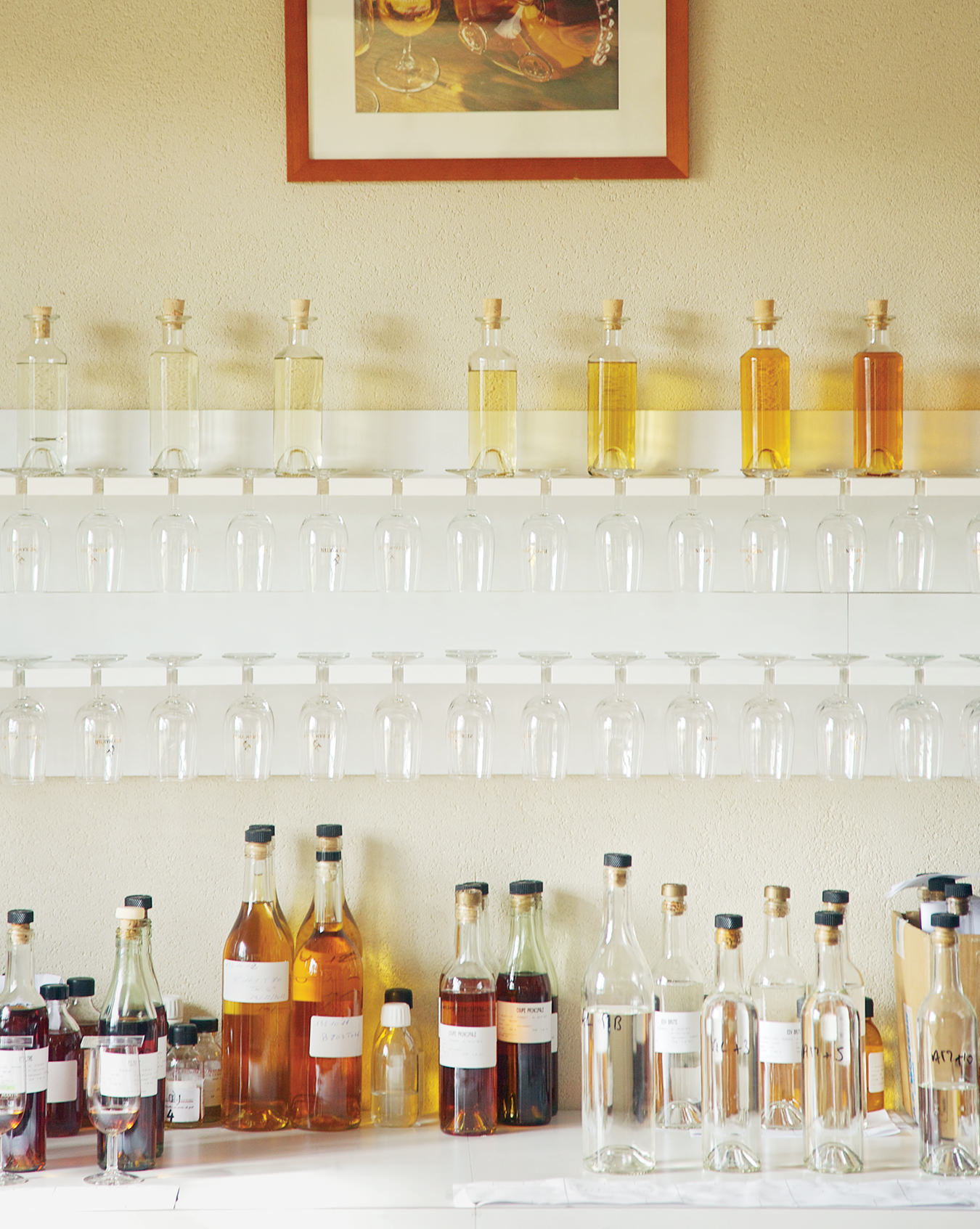 There are more than one Louis XIII Cognacs, and all speak to rarity and extraordinary quality. Special editions, such as the Black Pearl and Le Jeroboam, not only contain more cognac but also come in distinctive vessels: the former in Baccarat crystal bottles and the latter in Cristal Sèvres crystal bottles. Then there’s Rémy Martin Louis XIII Rare Cask 42.6, drawn from barrels holding cognac that is more than a century old with a cask-strength alcohol content of—you guessed it—42.6 per cent, a little higher than the 40 per cent that’s usual for cognac. Only 738 of these Baccarat crystal bottles (with 24-karat rose-gold neckband labels) have been produced.

As you peel back the layers of Louis XIII’s production and examine each stage (the vineyards, the grapes, the distillation, the aging, and finally the blending), you can understand its depth and complexity. It all starts, as any winemaker will tell you, on the vine. The Cognac appellation is divided into several subregions, each associated with a quality level of grapes destined for cognac. The most prestigious area is Grande Champagne; only grapes grown there are used in Louis XIII. As a comparison, Rémy Martin XO Excellence and Premier Cru (a blend of 17- to 37-year-old eaux-de-vie) is made from grapes that come predominantly from Grande Champagne, but also from Petite Champagne, which is only slightly less prestigious.

In the Cognac context, the term Champagne has nothing to do with sparkling wine, but refers to a landscape of open fields. Grande Champagne is a region of gently rolling hills where vineyards are often separated by lines of low trees and brush. What makes the vineyards of Grande Champagne particularly distinctive is the deeply fissured limestone—metres deep in some places—that lies under the surface. This soil structure enables the vines to send their roots deep into the earth, and the soil composition is believed to produce grapes that make the best-quality cognac. 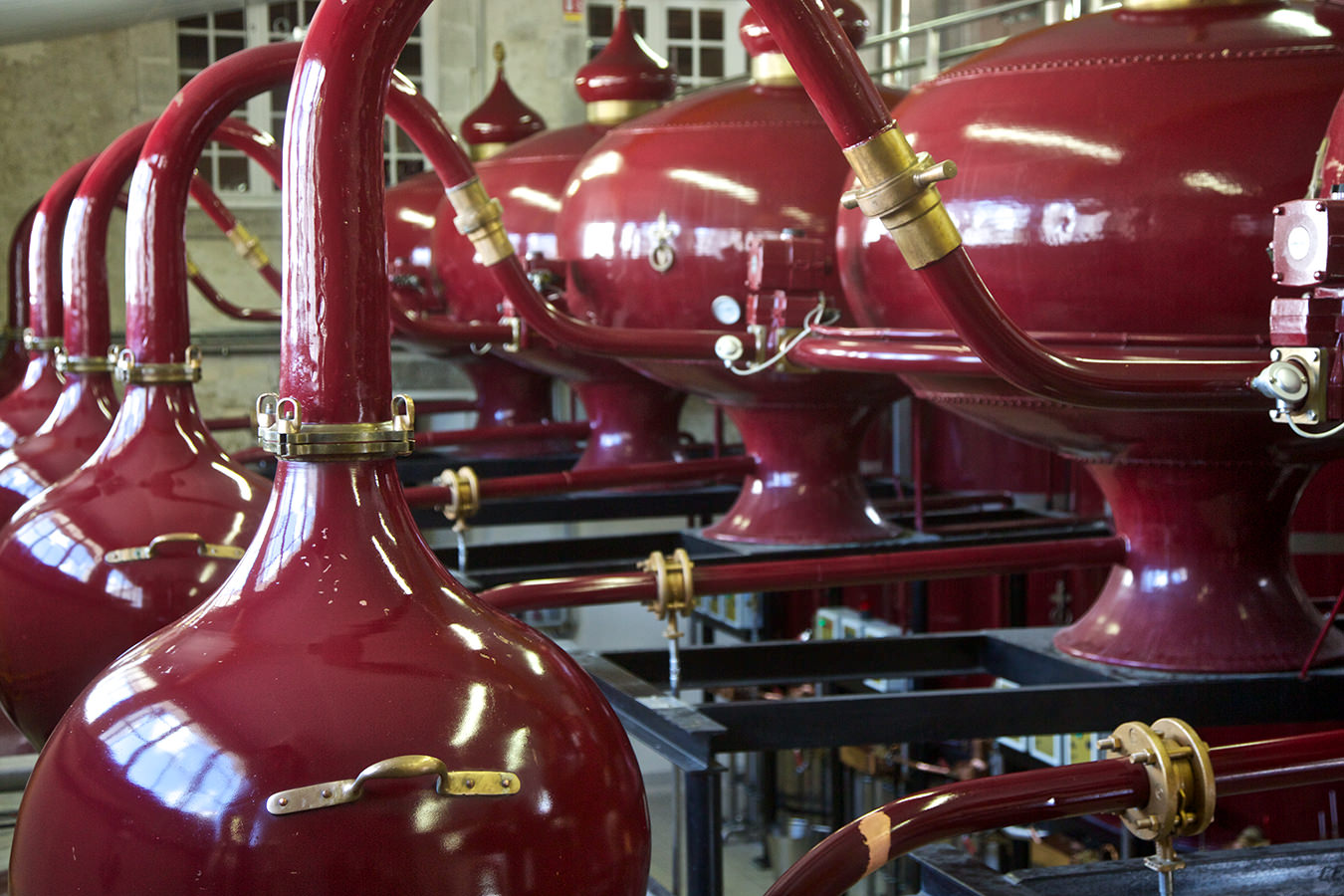 Most of the grapes used for Louis XIII cognac are of the ugni blanc variety, the most widely planted white grape in France (followed by chardonnay). Although ugni blanc can be used to make a crisp white wine, it has restrained—some would say neutral—aromatics, many of which develop during fermentation. Made as a base wine for distilling into cognac, ugni blanc is aged on its lees (the dead yeast cells and some grape elements that result from fermentation), which not only gives the aromatics complexity but also adds some roundness to the texture of the wine.

The low sugar levels and high acidity of ugni blanc make it ideal for distilling into cognac, and the acidity is promoted in Grande Champagne by the cooling influence of the Atlantic Ocean. Natural acidity is important because the laws regulating cognac production forbid the addition of artificial components to balance acidity, and because the acidity contributes to the ability of cognac to age so well.

The base wine, still on its lees, is double distilled over a direct flame in small, copper pot stills shaped like a swan’s neck that is distinctive of the region. The first distillation produces an eau-de-vie with 38 per cent alcohol, which is then distilled again. The liquid from this second distillation—called la bonne chauffe—is divided into several parts, depending on their sequence in the distillation process. The first and last liquids to emerge, “the head” and “the tail” respectively, are considered imperfect and set aside. The middle and most pure part, representing about 40 per cent of the total product of the distillation, is known as “the heart”; it is this that eventually becomes cognac.

The heart is a colourless liquid with an alcohol level of about 70 per cent, and it is the job of Rémy Martin’s maître de chai, Madame Pierrette Trichet, the cellar master, to identify which samples will go forward as candidates to become Louis XIII cognac 100 years later. Only 1 per cent of their eau-de-vie is set aside as potential Louis XIII.

It is largely barrel aging—and both components, the barrel and the aging, are important—that turns this transparent, fiery eau-de-vie into what we recognize as cognac: an amber liquid with an alcohol level of 40 per cent. And because barrel aging is so important to the final flavour, texture, and quality of cognac, the barrels themselves are made to order from 150- to 200-year-old oak trees. Cognac destined to be Louis XIII is aged in tierçons, casks that hold 500 litres, more than twice the volume of the barrels used for aging wine in Bordeaux.

The flavours of Louis XIII Cognac—flowers, aromatic spices, dried fruits—come on in layers with each sip bringing another dimension to light.

Rémy Martin ages all of its cognac in casks distributed among 29 chais, above-ground structures made from local limestone, which is more porous than other construction materials and allows for better temperature and humidity flow. Even so, some chais are slightly more humid than others, and the cognac ages differently in each, just as every barrel imprints its unique character on the cognac it holds. Casks may be moved from chai to chai in order to benefit from specific conditions.

The tierçons containing cognacs destined to be Louis XIII are housed in a dedicated chai that is named for André Hériard Dubreuil, a former chairman of the House of Rémy Martin and father of the current chairman, François Hériard Dubreuil. (The Dubreuil family’s private tierçon lies behind a grille.) The humidity in this chai is evident; the floor is covered with a soft, felt-like fungus, and some walls are home to a silky, white mould, all feeding on the vapours that emanate from the casks.

All wooden barrels that contain liquid, whether it is wine or cognac, permit a certain degree of evaporation depending on the humidity in the cellar where they are stored. In the chais of Rémy Martin, dry conditions encourage more evaporation, especially of water, while humidity reduces water evaporation but results in the loss of more alcohol—which in turn makes for a smoother, rounder cognac.

The extent of loss by evaporation—every year, an average of 3 per cent of the cognac evaporates from each barrel—is astonishing, especially when you think of the market value of the product. At Rémy Martin, where cognac is aged in some 200,000 casks at any given time, the annual loss is equivalent to 6,000 casks each year. The evaporated cognac is referred to as “the angels’ share”, but it could equally well be thought of as “the accountants’ tears”. It is stoically accepted as part of the cost of making cognac.

Part of the reason for the high evaporation is that Rémy Martin prefers to use oak from the nearby Limousin forests for its casks. It gives some vanilla and spicy notes to the cognac, and because it is more porous than oak from some other French forests that are commonly used for wine barrels, it offers optimal exchange with the air of the chai. As with all wine barrels, those destined for cognac are “toasted” inside by exposure to fire, but the casks that hold Louis XIII have only a medium level of toast because, says Trichet, “more toasty notes are not in the style of Rémy Martin.”

Making the final blend that becomes Louis XIII is the responsibility of the maître de chai, and the current incumbent, Trichet, is only the fourth person (and the first woman) to hold the position in the past 100 years. Trichet arrived in Cognac in 1977 and succeeded the third maître de chai in 2003.

Trichet downplays her role in the final product—although one piece of Rémy Martin literature asserts, “The entire future of the company depends on her art.” That might be a stressful thought, but Trichet seems to take it in her stride. Cognac, she says, “is the product of humans, nature, and time,” but you get the impression that she does not mean that necessarily to indicate the order of importance.

As far as producing Louis XIII Cognac is concerned, Trichet’s job is to both look to the future and draw on the past. She identifies young cognacs that promise the quality to be candidates for Louis XIII a century from now; in this sense, the maîtres de chai never see nor taste the final fruits of their work. Trichet makes blending decisions for all cognacs of the house of Rémy Martin, selecting from among the casks of cognac identified decades earlier by her predecessors to create the cognac that will become today’s Louis XIII. In this sense, all the maîtres de chai, past and present, participate in the exercise. 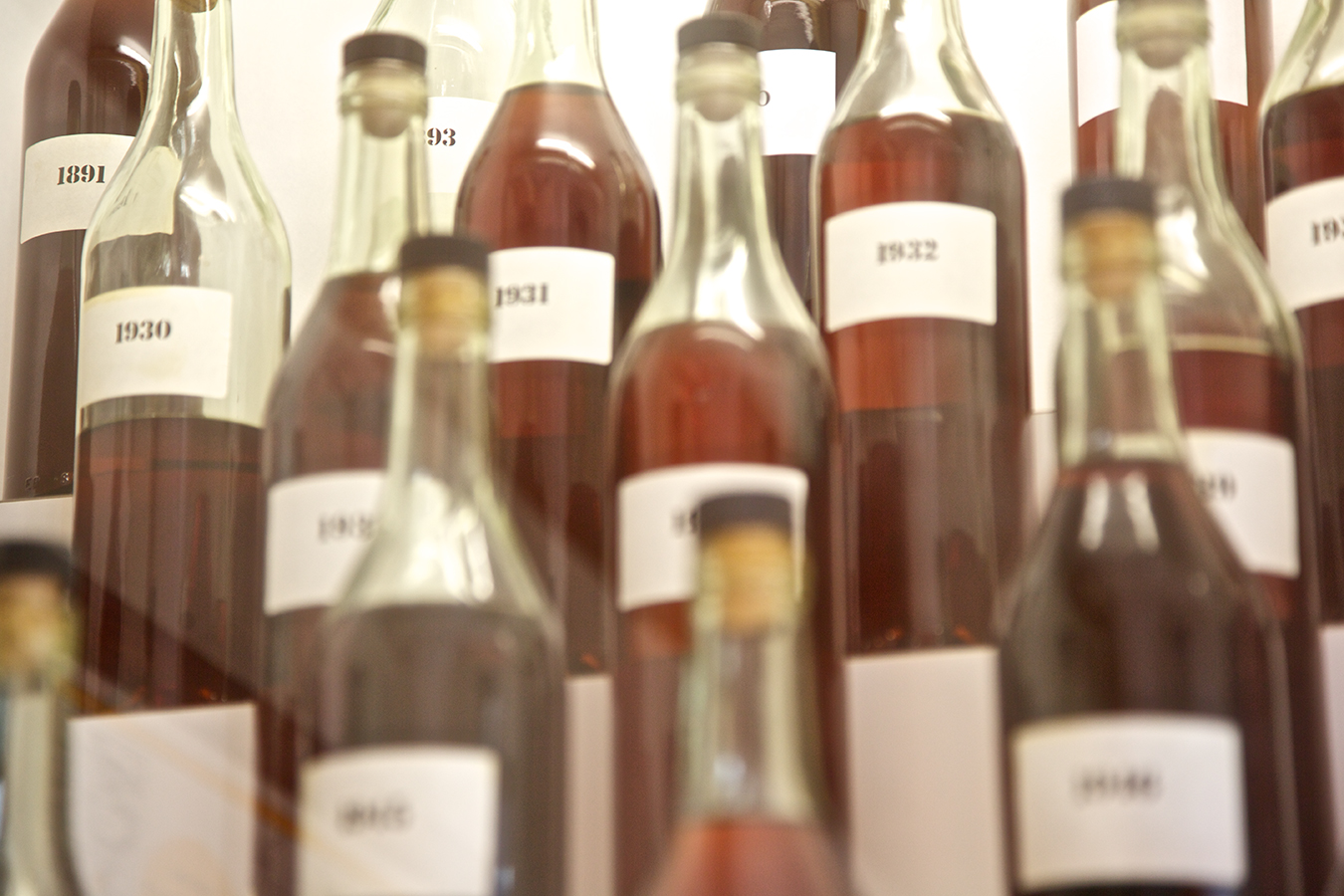 Once a year, Trichet tastes from each barrel and decides which should be blended with which. “Tasting from the tierçons,” she says, “is one of the highlights of the maître de chai’s year.” The oldest eau-de-vie in the Rémy Martin chais dates from 1811, and the eaux-de-vie that are finally bottled as Louis XIII Cognac are at least 40 but possibly 100 years old. It’s something to think about, that the wine used to make the Louis XIII in your glass could have been harvested before the First World War.

The style of Louis XIII is elegant and complex, through and through. The colour is deep amber, even mahogany, with flecks of gold and red. The flavours come on in layers—flowers, aromatic spices, dried fruits—with each sip bringing another dimension and facet to light, as your palate is saturated with one and discovers another. The texture is opulent and almost creamy, with clean acidity and a gentle warmth. Louis XIII does not burn; it radiates, and that, added to its other qualities, makes it exceptionally easy to drink.