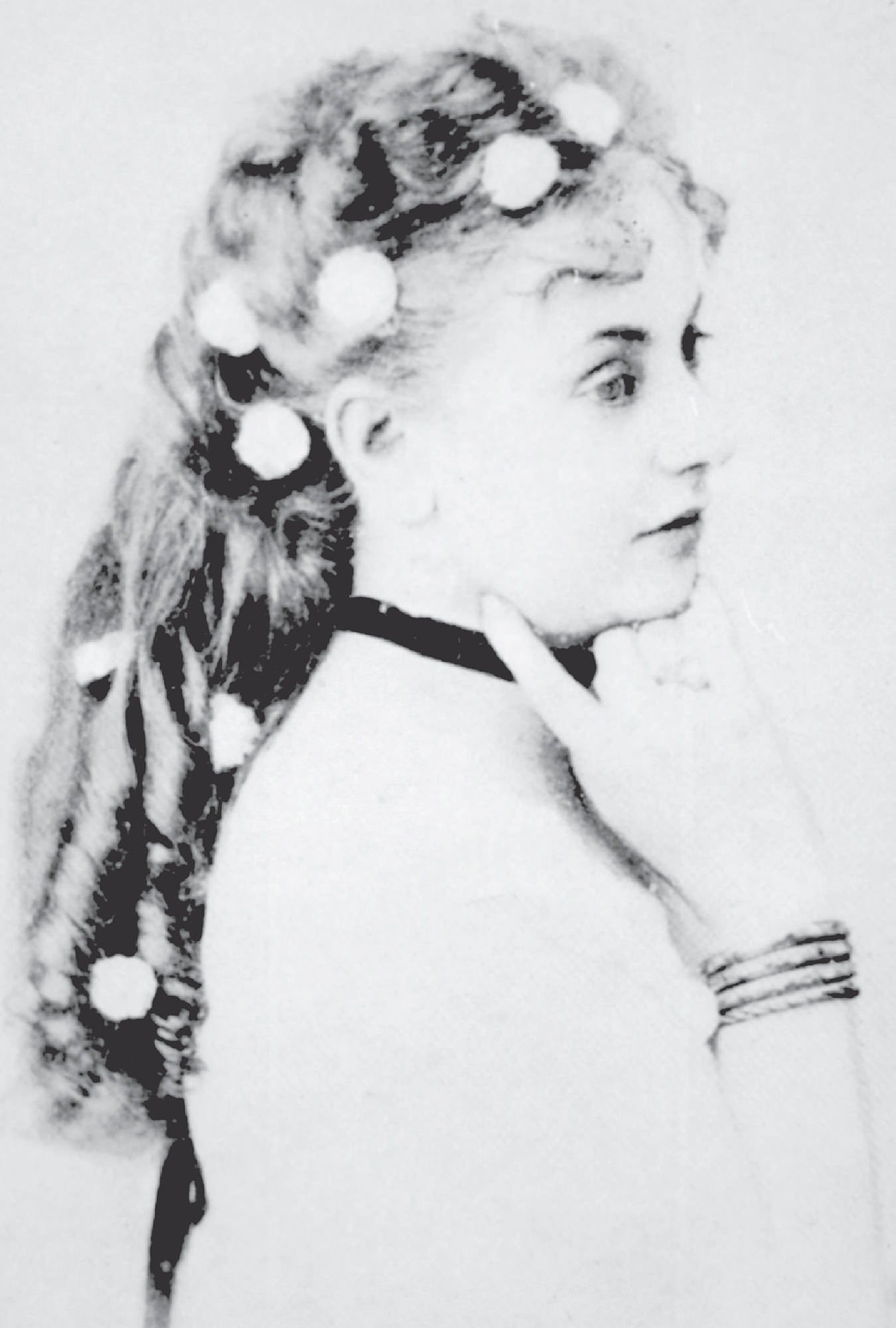 Eliza Lynch was born in County Cork in 1835. Everything she ever said about her childhood or, at least, whatever was recorded, was a fabrication. It is true, however, that her family was lucky enough to get out of Ireland during the potato famine, and to flee to Paris. Supposedly she met Victor Hugo when she was 13 and the great man told Eliza she was a genius. Chopin wept when Eliza told him she had no intention of following a career as a concert pianist.

But she was beautiful, a fact no one, during her entire life, ever disputed. In 1850, age 15, Eliza married a French Army officer, and followed him to Algiers. She was bored, and fancied by most of the men in the garrison. Unfortunately, one of them was her husband’s commanding officer, and one morning, after the two men adjourned to the dueling grounds, Eliza ran off with a young Russian Cavalry officer. Naturally, he was rich and handsome, and he had a mansion in Paris to which they fled.

It was the Second Empire and for awhile the couple led a glittering, fabulous life. But only a matter of months after they’d settled in, the Crimean War broke out and the officer had to return to Russia.

And what was a gorgeous 17-year old girl with an hour glass figure, flaming red hair and a mansion to maintain to do? She became one of Les Grandes Horizontales.

Her introduction to the world of courtesans was provided by Princess Mathilde, cousin of Napoleon III. Soon Eliza had dozens of rich and titled gentlemen after her. Eliza had gaming tables installed on the first floor of her mansion so that her admirers could lose their money while waiting their turn to climb the stairs.

Meanwhile, in Paraguay during these years, Francisco Lopez, son of dictator Carlos, was coming of age. As a boy, Francisco’s favourite reading matter was a book about the suppression of the revolution of Tupac Amaru II, last descendant of the Inca Emperor. Francisco especially liked the part about Tupac watching the execution of his wife and children before he was himself mutilated and beheaded.

As a young man Francisco, according to the American Ambassador Charles Washburn, was a “licensed ravisher.”

Washburn also provides a description of the future dictator. “He had a gross animal look. His forehead was narrow, his head small with the rear organs largely developed. The few teeth in his mouth were black.”

In 1857, Francisco led a delegation to Europe, the first Paraguayans to travel abroad. When he was presented to Empress Eugenie, she turned her head and vomited on an ormolu desk. He was introduced to Eliza by one of his friends who had sampled her favours and bragged about it. Eliza had observed the fat young man giving orders and throwing his money around.

Everything she ever said about her childhood or, at least, whatever was recorded, was a fabrication.

Francisco was smitten the moment he laid eyes on her but after she was finished with him upstairs, he was helpless. For her part, Eliza realized this was the main chance. She would have looked forward to a comfortable life as the mistress of one Minister after another but now she saw fabulous riches, an entire country for the taking.

She became Francisco’s mistress. The delegation started back to Paraguay upon receiving news that Francisco’s father was ill. In Asuncion, she was greeted with outright hostility, despised by the women, shunned by Francisco’s family.

Francisco had probably painted a grandiose picture of his hometown, a lively metropolis set in a tropical paradise. In reality, Asuncion was a hole with shacks and open sewers and no public works. Most of the people had nothing, a few had everything. Eliza vowed to clean the place up and redistribute the wealth. She certainly took from the rich, and gave to herself.

Eliza encouraged Francisco to have municipal buildings constructed. He’d order projects but never see them through to completion. When their son was born, the event was announced with a 101-gun salute, and eleven buildings collapsed in downtown Asuncion. Francisco did oversee the completion of two structures: a mansion for himself and a mansion for Eliza. The road he caused to be built between them was the first straight road in Paraguay.

Eliza encouraged Francsico to take mistresses and have affairs. This kept him diverted and out of her bed. She even served as his procuress. Eliza had her own lovers, chosen from the diplomatic corps.

Eliza was able to exercise almost complete control over Carlos, who assumed titular control of Paraguay when his father died. Cunningham Graham who lived in Asuncion, wrote: “Obstinate as he was, he was entirely dominated by his clever, beautiful and unscrupulous mistress.”

The most devastating war in the history of the Americas began when Eliza and her paramour Vasquez Sagastume, the Uruguayan ambassador, had the idea of seizing a Brazilian steamer loaded with gold. When the Brazilians complained, Eliza urged Francisco to attack them which, of course, he did. It was Eliza’s scheme to make him Emperor of South America.

The two countries went to war. Then, Francisco attacked Argentina, and Uruguay entered the war on the side of Argentina. Eliza organized fancy balls. Women guests were forced to wear their jewelry, and forced to donate their jewelry, ostensibly, for the war effort. The best pieces, Eliza sent out of the country in the diplomatic pouches of her lovers, to be deposited in her banks in Paris or London.

The fighting, sometimes known as The War of the Triple Alliance, lasted five years. Three armies were unable to beat one, because the Allies were even more incompetent than Paraguay. Francisco had no idea of warfare and was interested primarily in torturing prisoners. Later, when there were not enough prisoners to torture, he began inventing conspiracies and arrested people he tortured into making false confessions. Most Paraguayan military victories occurred when Eliza diverted her attention from gathering jewelry to take command.

She began “buying” up land. She made offers that landowners could not, if they wanted to live, refuse. She also seized the holdings of the thousands who were arrested. By the time she was 25 years old she owned more real estate than any other woman in the world: in addition to dozens of town and city properties, 10 million hectares of countryside.

The country was devastated by the war, by disease, hunger and Eliza’s rapaciousness. She encouraged the cult of the Virgin in the little town of Carupe. It seems that fifty years earlier, a woman had prayed to the Virgin and when her prayer was answered, placed a gold bracelet at the foot of the Virgin’s statue. Others began to do likewise, and to leave jewelry in hopes that their prayers would be answered. Before fleeing Paraguay at the end of the disastrous war, Eliza gathered up half-a century’s worth of jewelry, “for the war effort.”

But she was brave. In the last days, she directed military operations at headquarters while her husband cowered in a specially- built bunker. Eventually, Francisco deserted in the night, and next day, Eliza took 60 men and went looking for him. While he was in hiding, she moved the capital to the town of Piribebuy and began affairs with anyone who might be able to assist her after the inevitable collapse.

The Brazilians took over on August 15, 1869 and established a provisional government. Francisco was still on the run. He was killed in March 1870. Not long after, Eliza was captured in the jungle; she was wearing a ball gown.

A million people had died in the war. Eliza had to be imprisoned on a Brazilian gunboat, to keep the people from her. She was allowed to flee South America, and headed for London, where some of her money was cached. Next she went to Paris, and eventually returned to Buenos Aries, where she saw a play based on her life.

Five years after the end of the war, in hopes of retrieving some of her property Eliza dared a return to Paraguay. She received a heroine’s welcome, from the people; the government deported her.

The next several years of her life are a blur. It is known that she went to the Holy Land and that she made yet another trip to Buenos Aires. From 1876 to 1886, when she died, at age 51, nothing is known of her life. Some said she went back to her former profession.

She was buried in Pere Lachaise in Paris.

But death did not put an end to her adventures. Eliza’s reputation and that of her husband began to be rehabilitated in 1936, when Rafael Franco assumed power and made Paraguay South America’s first fascist state. He needed another dictator to serve as an historical precedent, and who better to choose than Francisco Lopez?

A cult developed around Eliza Lynch, and was encouraged by Alfredo Stroessner who took power in 1954. He built a monument to Eliza but was lacking her remains. This situation was rectified in 1961 due to the efforts of an underworld entrepeneur, a Lebanese-born Paraguayan, named Teofilo Chammas. He paid off guards at Pere Lachaise Cemetery, stole her body and returned it to Paraguay. Her remains now rest in a mausoleum dedicated to her. More fitting to her memory, perhaps, is the statue of Eliza Lynch out near the airport at Asuncion. She holds aloft a tattered flag of Paraguay; at her feet, appropriately, is a dead Paraguayan.

This story was originally published in November 2004.

Show Me the Yuan