The elegant new design of Shay Restaurant, a Middle Eastern tea salon and wine bar in Montreal’s Griffintown, emulates the warm and cool tones of a desert through abstract colour blocking. Swaths of blues and pinks in sections show the functional division of the dining room, which was a top priority for the clients, and contrast nicely with the toned-down plaster, fabric, and wood that cement the interior.

The intimate space was conceived as a process of layering, says Ivy Studio’s Gabrielle Rousseau, the lead on the project, referring to the custom-designed server station inspired by rammed earth architecture and the banquette seating emulating the clean, chance formations of windswept sand dunes. 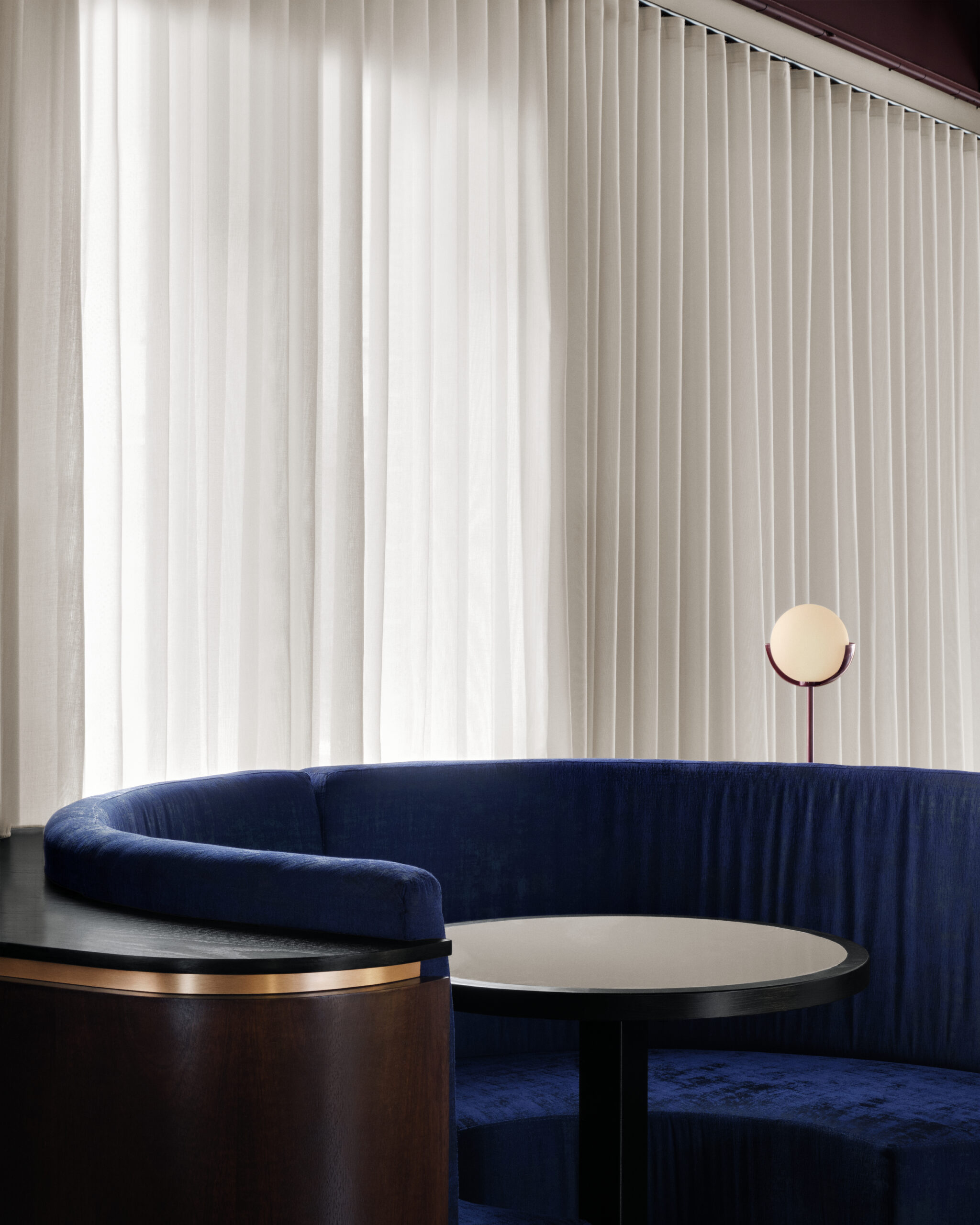 Strips of sheer fabric hanging from the ceiling are meant to evoke the imagery of a tent at night, furthering the desert scene influenced by the cuisine. Cacti and other greenery in a central island planter bring a splash of life into the airy room, and gold trim around dining and serving surfaces adds a hint of opulence.

Curtains shade the street and cast shadows over the generous granite bar. “Since the very beginning, we had imagined very distinct spaces, each with their own ambiance,” Rousseau says. A glazed window with dark muntin marks the boundary between the dining area and kitchen, while orbs by fellow Montreal-based designers Jacques et Anna with maroon casing bring to mind a cluster of moons. 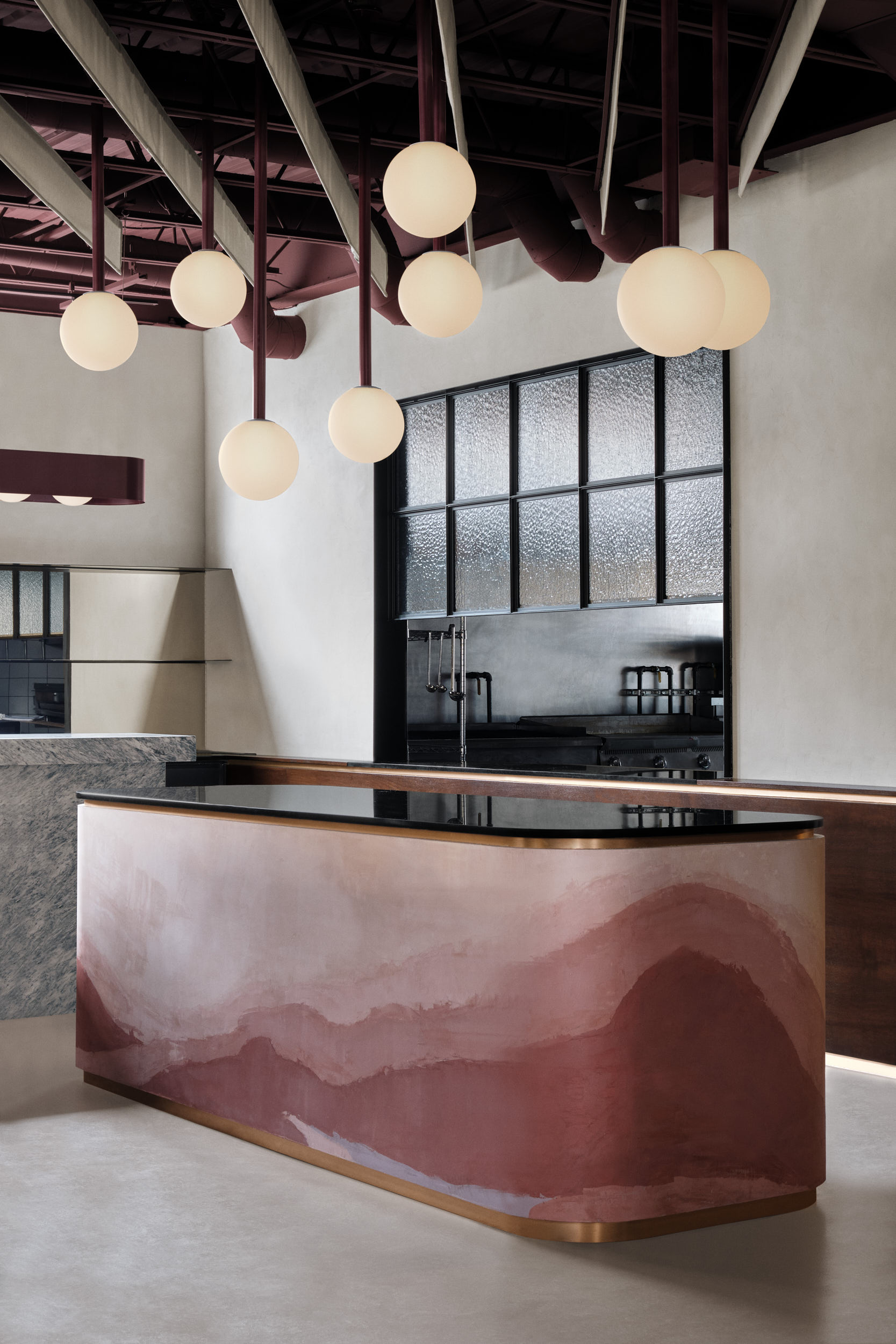 In person, one can see how the designers have interpreted these themes into the language of a modern restaurant in the historic Montreal neighbourhood.

The server station deserves another mention. The staining (completed by local artisan Venosa), which resembles a landscape painting, suggests the desert itself and associated vernacular designs. Here, abstracted, the desert rises and meets the senses as a work of art. Not only are the colours layered, the inspirations and minds that these ideas and scenes moved through are visible as well. 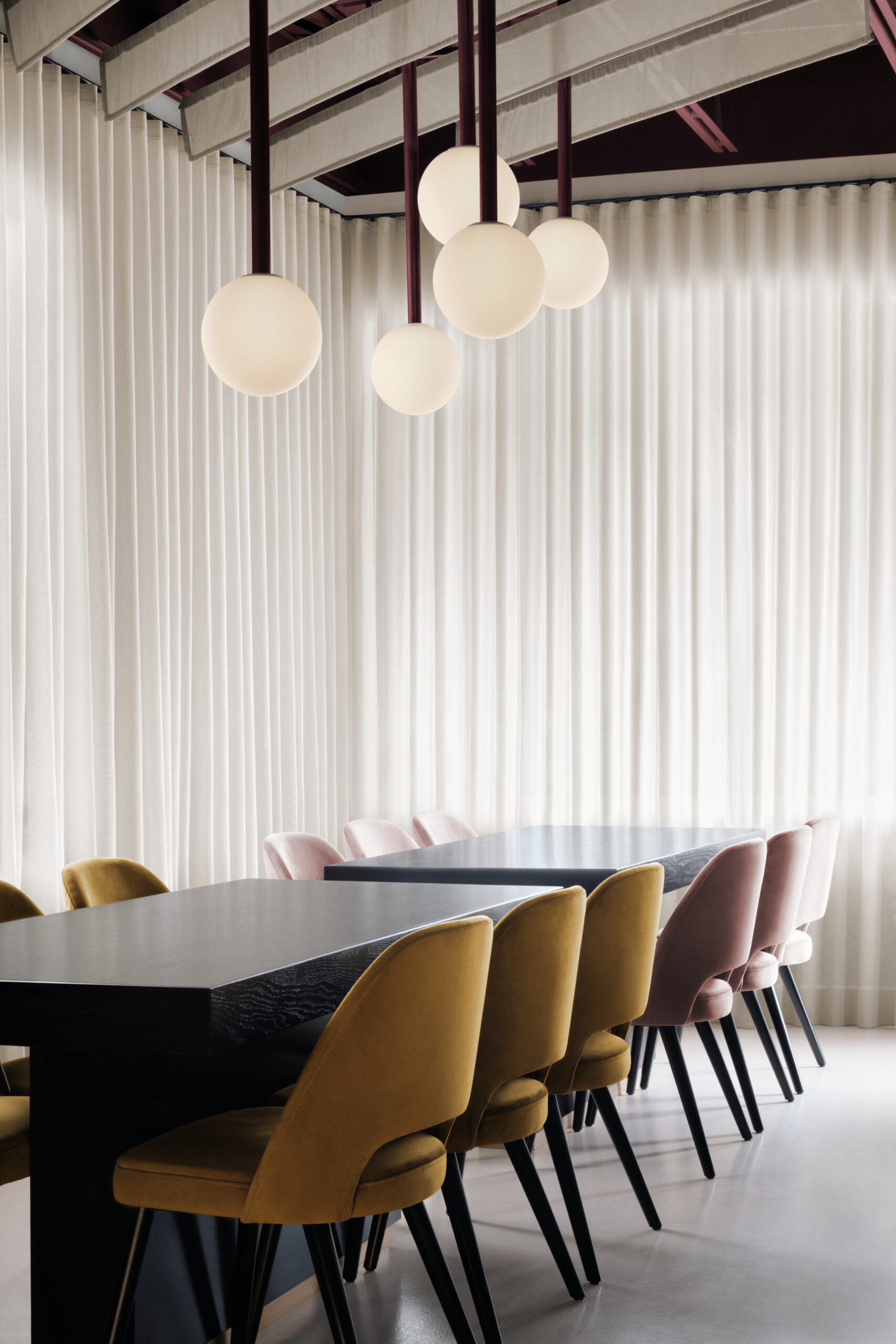 Out With the New, in With the Old: Victorian-Inspired Furniture in Interior Design