After the dissolution of her marriage, Camilla Gibb lost the ability to write fiction. The stories vanished, fluttering off somewhere out of reach, and it took many years for the acclaimed writer to hold them in her hands again. Now, in the midst of a global pandemic, during Toronto’s endless lockdown, she has published her first novel in a decade, a highly literary offering, The Relatives. It is short and suspenseful and starkly beautiful. And, with its meditations on loneliness and isolation, fitting for the times that we’re in.

One of the central characters is a social worker, Lila, who is working with an eleven-year-old discovered in Toronto’s High Park wandering in her pyjamas. Robin is mute, in need of care and affection. She is a mystery to be solved—a voice as yet unheard. Enthralled by music, it is piano lessons that finally begin to draw her out. To unlock her secret language.

“It’s about people seeking connection,” Gibb says of the book. “I think a lot about the boundaries and borders between people.” There are echoes in the Robin storyline, Gibb says, of another child, whom she grew close to living in Ethiopia. But one wonders if Robin is not also a metaphor for the child Gibb herself once was. The child that many of us, in one way or another, have been.

In this way, The Relatives poses a question—on the complex nature of connection, on the wounds of our collective youth, on the grief of being human. But it also offers an answer. The act of writing it, of reclaiming fiction, has affirmed the transcendence that’s possible on the page.

It is not the first time that writing has given this gift to Camilla Gibb.

Born into an England of remote boarding schools and rigid class codes, Gibb’s parents fled to Canada in the early seventies, two small children in tow, settling in Toronto. But they brought the silences of the old world with them and thus remained largely unknowable to their daughter. Gibb’s mother, Sheila Fennessy, once worked in British intelligence, for MI5, but refused to divulge the details. Meanwhile, her late father, Duncan Gibb, a former army officer, disappeared when he was 49. He turned up just once in the ensuing decades, in the audience at a writers festival in Calgary, wearing a new jacket bought for the occasion. The following day, over coffee in the cafeteria of City Hall, he told Gibb that he was unable to sustain relationships. That she was the only human being he’d ever actually loved. 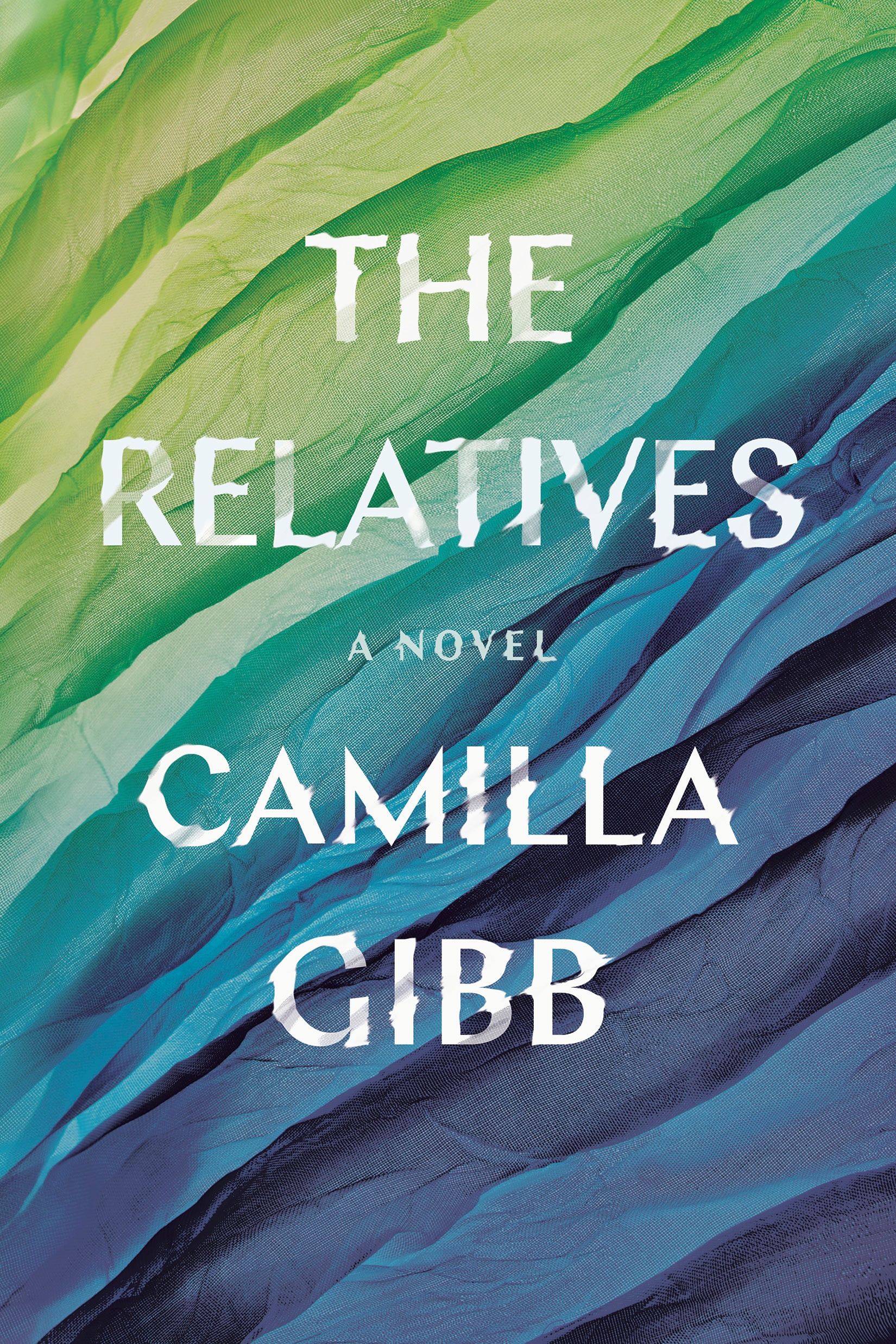 Camilla Gibb’s latest novel, The Relatives, is her first in a decade. Written during lockdown, the book considers loneliness and isolation, themes prevalent in recent times and across the thread of Gibb’s life.

As a teen, after her parents’ marriage had broken apart, Gibb had regularly taken a Greyhound from Toronto to Eastern Ontario to visit her father at his dilapidated farm. His behaviour was manic, mercurial, cruel—particularly toward Gibb’s sweet-tempered younger brother. His house was forever under construction. It lacked heat and plumbing; they had to go to the local gas station to use the toilet. Gibb found escape in her notebooks, in poetry.

By her second-to-last year of high school, listlessness had crept in, and Gibb had dropped out of more than half of her classes. Then she met a boy, through music. She was a violinist; he, a flautist. His parents, both social scientists, drew her into the family fold. She moved into their home. At dinnertime, they drank wine and talked about the world. This boyfriend wanted to know what Gibb planned to do with her life. Nobody had ever asked her this.

Energized, Gibb switched high schools, worked hard, and was accepted to the University of Toronto for an undergraduate degree in social anthropology and Middle Eastern studies. Her third year, she moved to Cairo, and her boyfriend headed off to California. They had planned to reunite and spend their lives together, but he cut off all communication while she was in Egypt. Gutted, she eventually moved to England to pursue a PhD at Oxford. She hoped that returning to the land of her birth would give her a sense of place, a feeling of belonging. Instead, on that cold, competitive English campus, as she writes in her memoir This Is Happy, she felt “not just unseen but unseeable.” She wound up seeking psychiatric care for suicidal depression.

A brief reprieve followed: a year of field research in Ethiopia. In the mythic, walled city of Harar, she lived with a local family and was never alone. There, as she has written, she “felt more alert and alive than I had in a very long time.” But eventually she found herself back battling the relentless rain of Oxford. “Life here was all weak light behind shutters,” she writes in her memoir, “the faint smell of cooking oil, graffiti and broken car windows and the footsteps of men making their way to the damp pub at the bottom of the hill.”

When it became clear that life in England was untenable, Gibb moved home to Toronto, completed her PhD in social anthropology by distance, and entered therapy. “I sat before a tiny perfect woman and described myself as white particulate matter in the air floating around people’s heads,” she writes of this time. “I had no substance; I was simply being inhaled and expelled by others a thousand times in the course of every day. I had no story about how I came to be like this; just a scattering of moments. I didn’t know that connecting these moments, linking them to past events, bringing forth a story would be the work of therapy.”

She wrote to her psychoanalyst daily. The letters unleashed more words; poetry and fiction followed.

As Gibb braced herself for a future in academia, she worked an administrative job at the University of Toronto. She found herself writing on her lunch break and, sometimes, talking to a kind stranger in the quadrangle. One day he asked her why she always looked unhappy. She confided her ambivalence about academic life, told him she’d rather be writing stories. He wondered what was holding her back. An empty bank account, she replied, a mountain of student debt. He asked what it would take to give fiction a shot. She’d need six months to focus solely on writing, she figured, and she could live on $1,000 a month. The next week, the man delivered $6,000 in cash, a move that changed not just Gibb’s life but the course of CanLit.

Gibb wrote her first draft of her first novel in a trailer borrowed from her brother. “Writing made it tolerable to be human in a way nothing else ever had,” she reflects in This Is Happy.

Her 1999 debut, Mouthing the Words, won the Toronto Book Award. It was followed by a second book, The Petty Details of So-and-so’s Life. But it was her third that brought widespread fame, 2005’s Sweetness in the Belly. The story is set in Harar, the African city that had offered her so much comfort. It is a riveting tale of revolution and refugees, displacement and healing. The novel was nominated for a Giller and awarded a Trillium; it became an international best-seller and was made into a film starring Dakota Fanning. Gibb’s singular prose—with its empathy and exquisiteness and precision, its imagination and intellect and worldliness—established her as one of the most talented writers in the country.

Camilla Gibb’s singular prose—with its empathy and exquisiteness and precision, its imagination and intellect and worldliness—has established her as one of the most talented writers in the country.

Gibb had, by then, met her wife, former CBC executive Heather Conway, at a literary event. They built a world together, reading newspapers in the garden, eating in restaurants, visiting markets and galleries. They took trips to New York, London, and Vietnam, sparking the inspiration for Gibb’s next novel. The Beauty of Humanity Movement is about a man, Hung, who sells Hanoi’s best pho out of a rickety street cart. To passersby, he appears homeless, an outsider. But the nourishment he provides—the joy and sustenance and community—is the emotional heart of an adoptive family, of a shantytown, and even of a famed political and cultural movement. Hung is not on the margins; he is, in fact, the centre.

By the time The Beauty of Humanity Movement came out, in 2010, Gibb’s wife had left her, abruptly, and she was pregnant. She was alone. And drowning in grief.

The first week of motherhood, she writes, “was like an English winter: all black nights and grey days.” In the small hours, “wondering how I was going to survive,” she flashed on a passage from Ian Brown’s The Boy in the Moon, about fathering his severely disabled son, and reached out to him. He emailed back: “Just write it all down … Write it all down because you must.”

And so Gibb filled her notebooks once again. That writing eventually became her best-selling memoir This Is Happy, released in 2015, a book that told an unconventional and thoroughly modern story of rebirth. Gibb’s brother resurfaced after years of estrangement and addiction; she made a new friend from PEI, nicknamed “the lonely gay”; her live-in Filipino nanny became a kind of co-parent. The heart of all was Gibb’s baby girl, “the egg,” uniting, she says, “this group of lone individuals who form a family.” Gibb’s downtown house, nestled in the centre of the city, became a place of respite and rehabilitation.

This Is Happy ushered in a new era of success, and it brought Gibb back to the page. But fiction continued to elude her. “I knew that I had to return to it,” she says.

In the meantime, she worked on other projects, mentored creative writing students at U of T, made radio documentaries for the CBC. One of these, The Spy Who Loves Me, was about her mother’s past. Funny and endearing, it featured clips of Gibb’s bright little daughter grilling Gibb’s mother, attempting to extract the answers she herself had been unable to get. Another doc, Evidence of a Father, was darker. It chronicled Gibb’s father’s death after a grim suicide attempt in a Nanaimo motel. She found herself out west, retracing his footsteps, meeting with the hospital doctor who’d sat with him in his final hours. Trying to make sense of his death. Of his life.

Over the years, an image of a child wandering in High Park continued to float back to Gibb. It became clear there was a story to tell. In writing The Relatives, she says, she wanted to explore what makes a family. What role biology plays, and what grows out of close bonds, of care.

In the many months of lockdown since she wrote it, Gibb has read a little, including Bernardine Evaristo’s “extraordinary” Booker-winning Girl, Woman, Other. She’s made daily collages, for creativity and frivolity and fun—to remind herself that there is “still some whimsy in the world” and to stave off depression. And she’s thought about writing, about how one could possibly capture the strange, surreal moment we are all living through.

“It takes time to distill and to digest, and to really think through. To observe the different ways a crisis like this will manifest, and ripple through the world.”

For her part, Gibb will return, yet again, to the page. “Some people have to run,” she says. “I have to write.”

Hair and makeup by Aniya Nandy.

The Odyssey of Madeleine Thien

Author Camilla Gibb on Literature, Life, and the Role of Writer in Troubled Times

The Life and Work of Zadie Smith