About a decade ago, as was the custom after Jean Paul Gaultier’s shows, I was standing in a lineup on the designer’s Paris runway. As I patiently awaited my turn to interview fashion’s original enfant terrible, I was tapped on the shoulder by an impeccably dressed young man. He humbly introduced himself as Thierry-Maxime Loriot, a fellow Canadian and former model who was going to be curating a retrospective exhibit of Gaultier’s work at the Montreal Museum of Fine Arts (MMFA). “As if!” I cynically thought to myself, incredulous that anyone in their early 30s with movie star good looks could possibly have the gravitas to curate an exhibition on a mighty legend like Gaultier. “Must be JP’s boyfriend,” I silently speculated. Still, I agreed to help with any archival material we might have in our Fashion Television library, scratching my head at how someone who’d just wrapped a career in modelling could possibly get such a plum gig with such a fine museum. 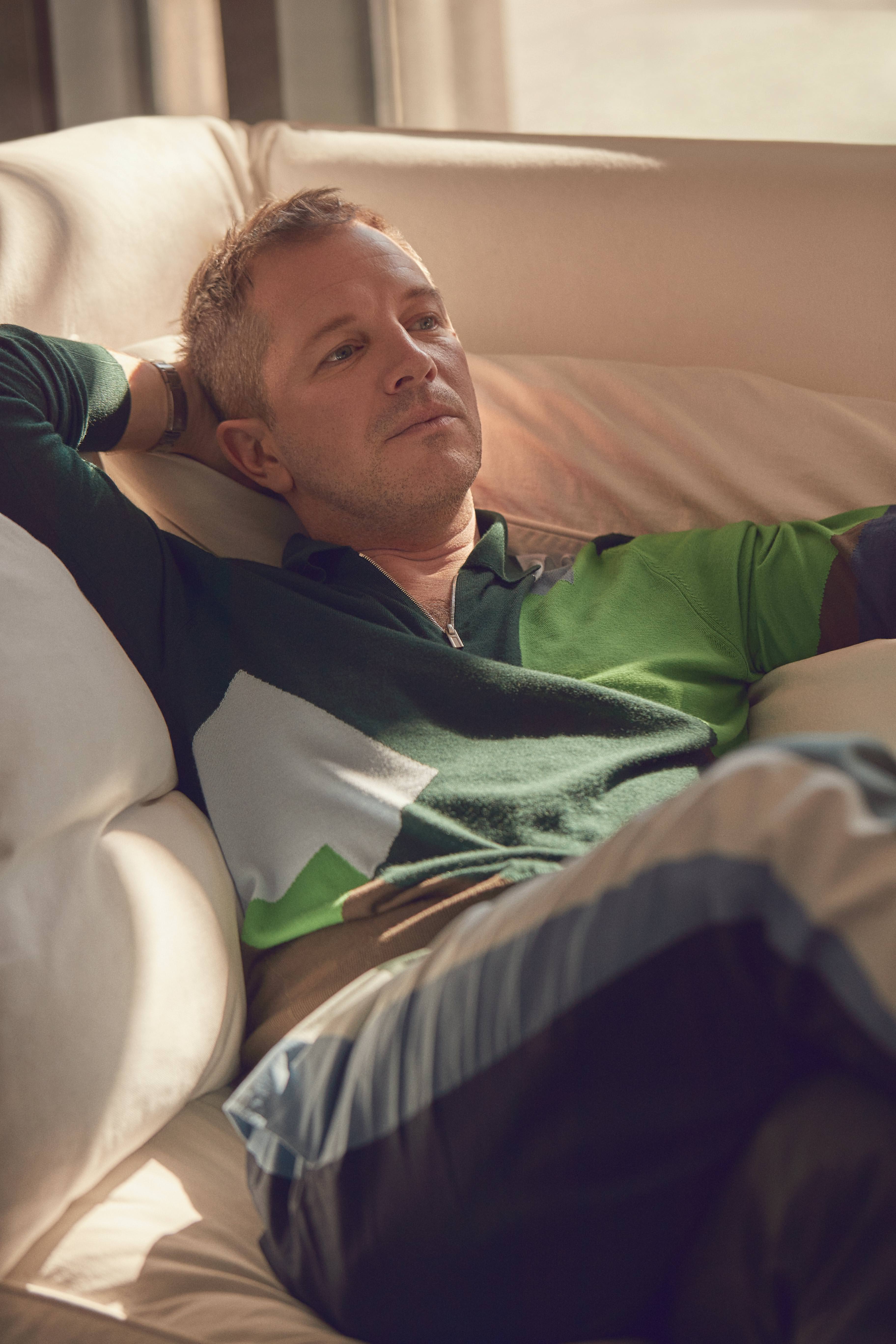 In the ensuing months, I learned that Thierry-Maxime Loriot was indeed the real deal. Under the direction of Nathalie Bondil, the brilliant director general and chief curator of MMFA, Loriot concocted The Fashion World of Jean Paul Gaultier: From the Sidewalk to the Catwalk, an entertaining and enlightening exhibit that travelled to four continents and 12 cities after its Montreal opening in 2011. Loriot’s curatorial debut earned him a reputation as one of pop culture’s greatest modern storytellers, and it fuelled the fires of a new generation desperately seeking inspiration and a wondrous window into the way things were. “It’s more like a fairy tale,” says Loriot of the experience, who went on to curate another Gaultier show, Love Is Love: Wedding Bliss for All à la Jean Paul Gaultier, as well as exhibitions for the artistic Viktor&Rolf, famed photographer Peter Lindbergh, and most recently, a Quebec couture exhibit and a grand retrospective of the incomparable designer and showman Thierry Mugler, entitled Thierry Mugler: Couturissime.

Loriot’s theatrical approach is often filled with surprises. He’s not interested in staging shows in a conventional manner. “I don’t want people to just love the subject and the exhibition. I want them to adore it, and talk about it, and be fascinated by it,” Loriot enthuses. “It’s fantastic the influence an exhibit can have on people. Maybe a 12-year-old that visits the exhibit now will want to become a photographer, or a stylist, or fashion editor, or a video director. I think it’s important to show what creativity is about.” 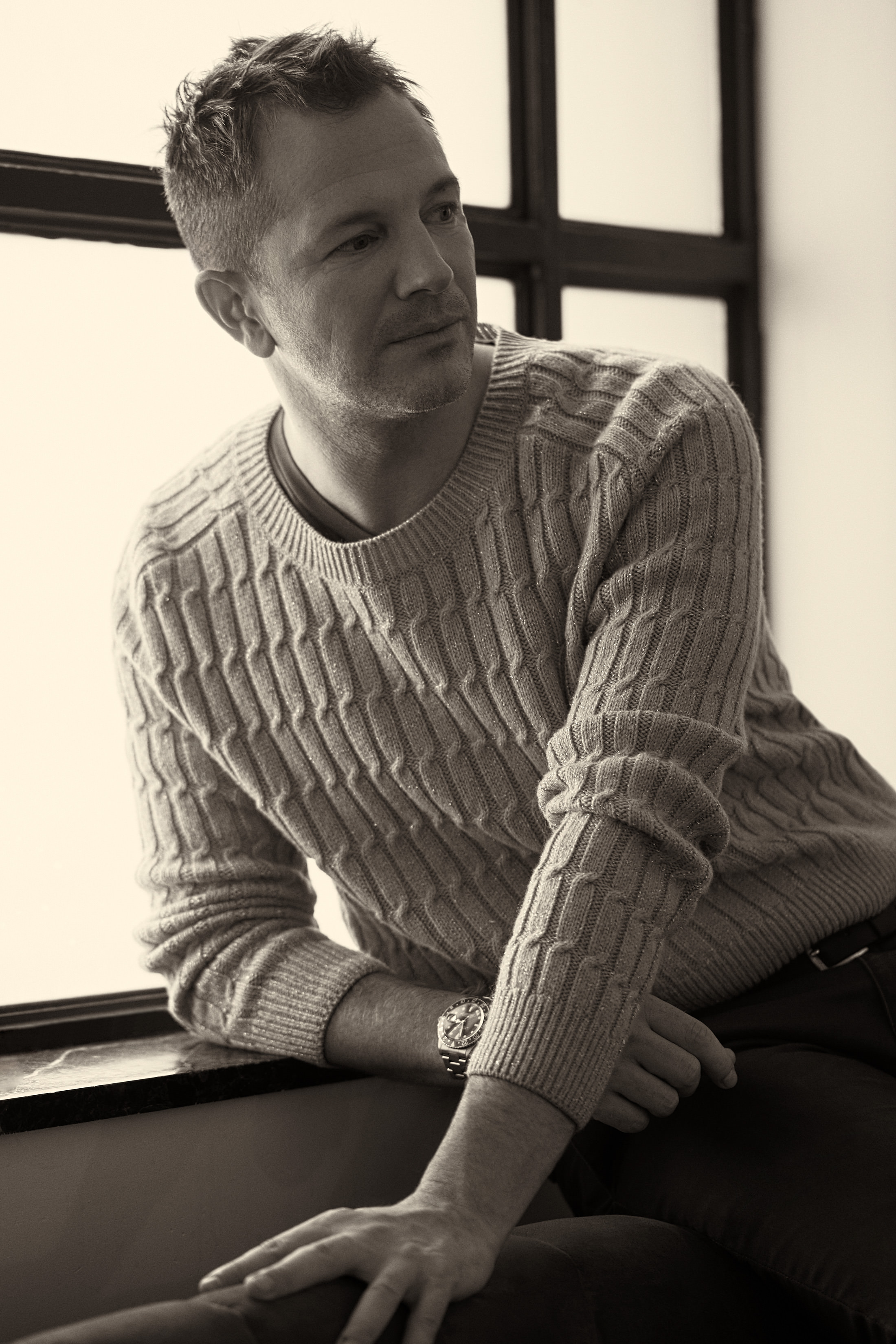 Accessibility is key for Loriot. He’s adamant that museum fashion exhibits should be easy to understand and never too esoteric. “I don’t do my work for the people in the fashion industry,” he points out. “For me, it’s more important to do it for people who wouldn’t normally go to a fashion exhibition, like my father.” Both Loriot’s parents are lawyers, and as diehard academics, they weren’t into fashion and entertainment at all. “It wasn’t their dream that their son becomes a model and works in fashion,” Loriot confides. “And I can understand that it must be quite frightening for a parent when your kid wants to work in the fashion industry, and you think that it’s only about drugs, and addiction, and alcohol, and scandals with photographers. I always considered it a real job, so I was performing it like a doctor would perform his duties.” 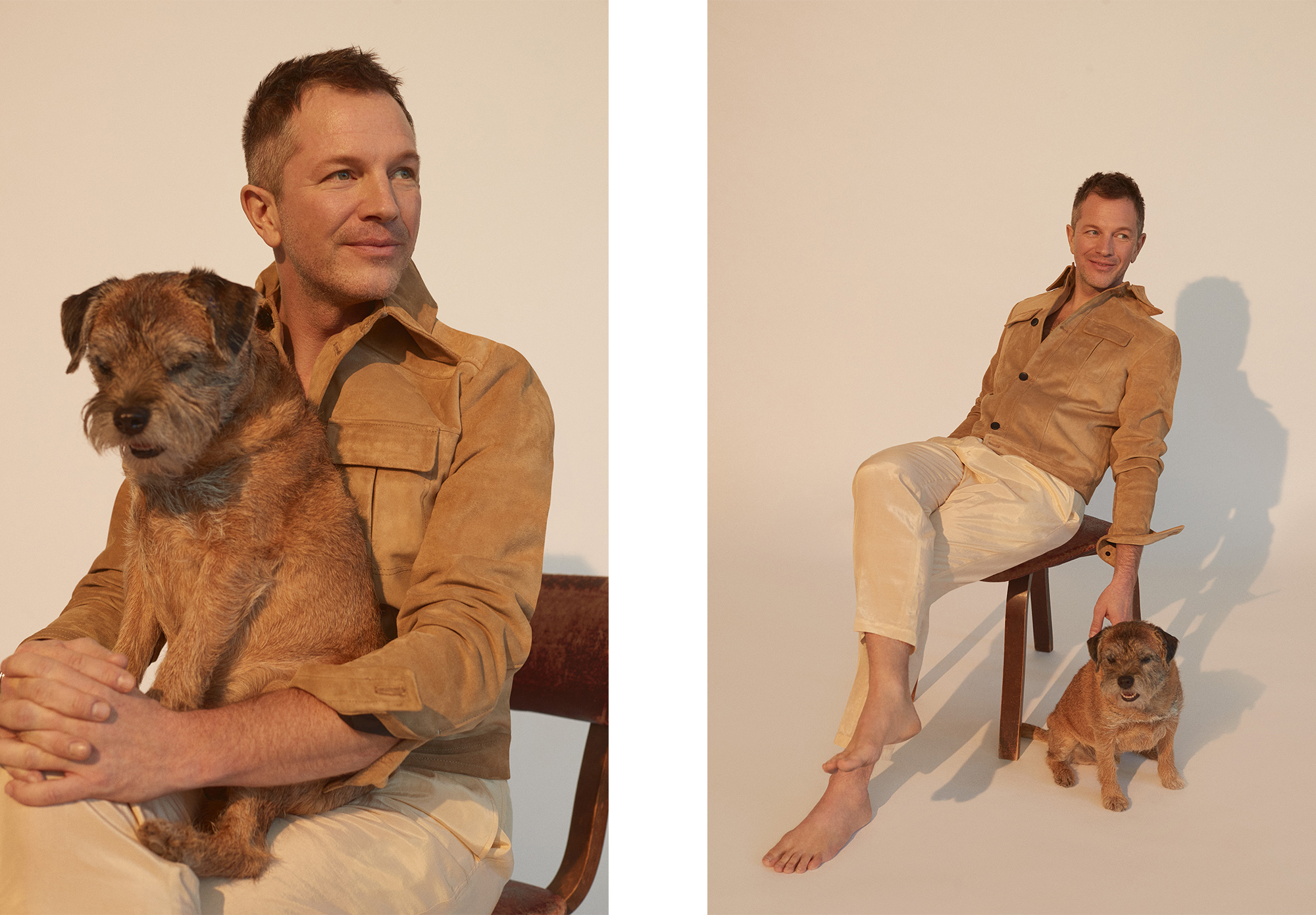 A curious and artistic child who was drawn to beauty and watched music videos relentlessly, Loriot fondly reminisces about his parents encouraging him and his siblings to research the various cities the family would visit on holidays. Loriot developed a passion for architecture and decided to move from his native Quebec City to study the subject in Montreal. But shortly after arriving, his career aspirations made an about-face. Discovered by a modelling agency, he was sent to Paris where he met with Mario Testino. Before he knew it, Loriot found himself travelling to London to do a Burberry campaign with Kate Moss. The next decade proved to be a great educational experience as he worked with a plethora of popular brands, designers, and photographers. Unconsciously, he was laying the foundation for what was to come when he eventually decided to turn his lifelong love of art and research into something more stable back home. He started an internship at the MMFA and almost immediately impressed Bondil. “I noticed his seriousness,” she recalls, “so I decided to hire him to help me with the exhibition Imagine: The Peace Ballad of John and Yoko, [which opened] in 2009. He was rigorous and determined to learn.” Part of Bondil’s genius is that she’s open minded; she believes in hiring people from different backgrounds because this “gives more oxygen to the field,” as she puts it. 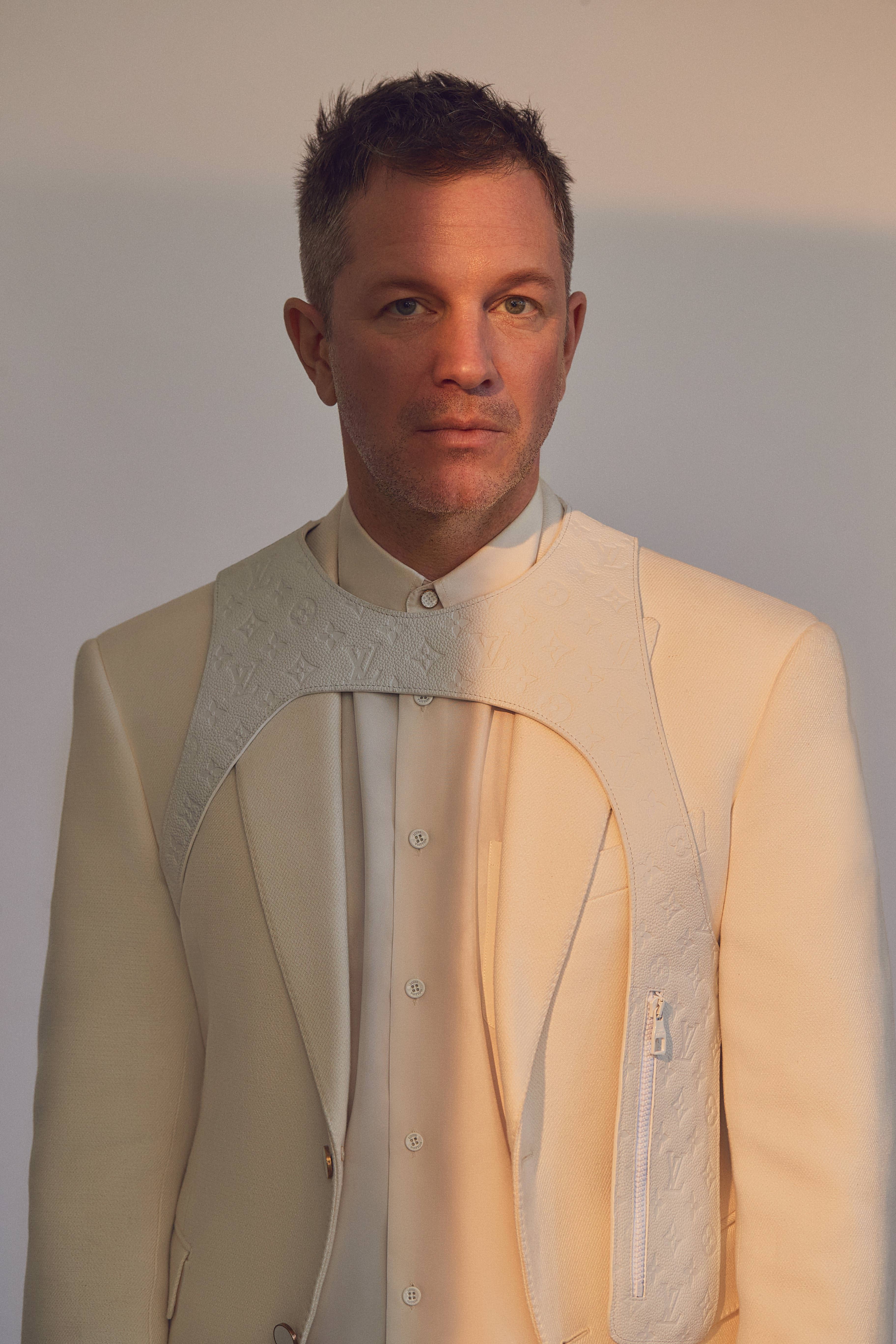 Loriot claims there isn’t a recipe for making an exhibition work, but there’s no question that his sensitivity to the artists he chooses to work with have made him a kind of rock star curator to be honoured with the Vanguard Award from the Canadian Arts and Fashion Awards (CAFA) later this year. And in this age of Instagram, when so many people are amateur curators—editing and assembling a dizzying variety of lifestyle options—Loriot is viewed as a curatorial trailblazer. “For me, it’s very playful,” he reflects. “I do my work very seriously, but I’m not that serious in the way I work.” His grounded and humanistic approach may also be related to a scary episode he experienced a couple of years ago. Loriot had a heart attack on a flight from Singapore to Paris, the result of a rare virus. “Now more than ever, I often think I have a responsibility to help people, and do the right thing when I choose a project and work with others,” he says. “But at the end of the day, all we want to do is entertain—to present in a very democratic, open way. I often say, ‘We don’t save lives.’ For me, I just feel that I’m having fun with what I do.”

A Year of Luminous Thinking