In her apartment at 31 rue Cambon in Paris, grande dame Gabrielle Bonheur “Coco” Chanel hosted parties attended by the likes of Pablo Picasso, Elizabeth Taylor, and Salvador Dalí. Legend has it that at one such party, Hubert de Givenchy found a piece of fallen chandelier on Chanel’s apartment floor. When he asked where she wanted him to put it, she said “Anywhere.” Givenchy placed it in the mouth of a bronze frog sculpture (deeply superstitious, Chanel was known to keep a host of ornamental creatures and statues that she cherished), and there it remained.

In honour of this legend, this year Chanel released a unique piece at the Baselworld fair: the Première Midnight in Vendôme is a one-of-a-kind object. Part horology, part high jewellery, the million-dollar objet is, essentially, a solid gold frog decorated with 812 brilliant-cut diamonds, two yellow citrines set as the eyes, with a clock in its mouth. The emerald-shaped dial, resembling a signet ring, is set with 34 baguette-cut diamonds. And the jewel box base on which the amphibian rests is a magnificent piece of ebony and obsidian slab. 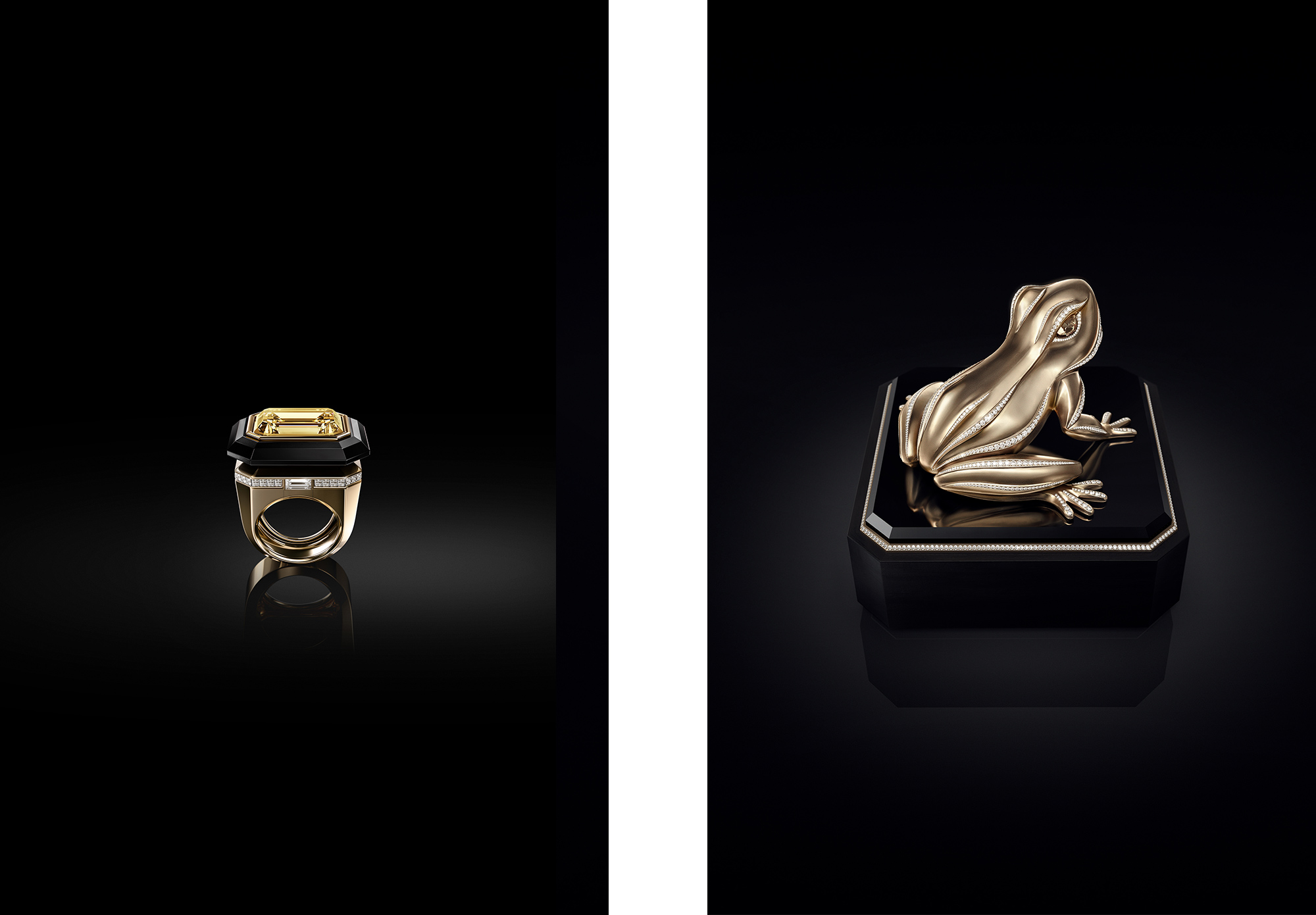 Chanel’s solid gold frog decorated with 812 brilliant-cut diamonds, two yellow citrines set as the eyes, with a clock in its mouth.

The watch industry is fraught with glorious superfluousness; however, this over-the-top frog clock, which was the talk (or should I say ribbit) of Baselworld—from the passersby, to the fashion addicts, and even the serious watch aficionados—pulls no punches, and there is an enviable grandeur in that.