In 2014, Sylvie Guillem, a retired prima ballerina with the Paris Opera Ballet, along with her husband, photographer Gilles Tapie, commissioned Rome-based architecture firm Alvisi Kirimoto to restore a pair of early 20th century Italian farmhouses. The result of the architects’ meticulous process of adaptive reuse is a considered balance of newness and age, human beings and nature, lightness and weight, consumption and reciprocity. 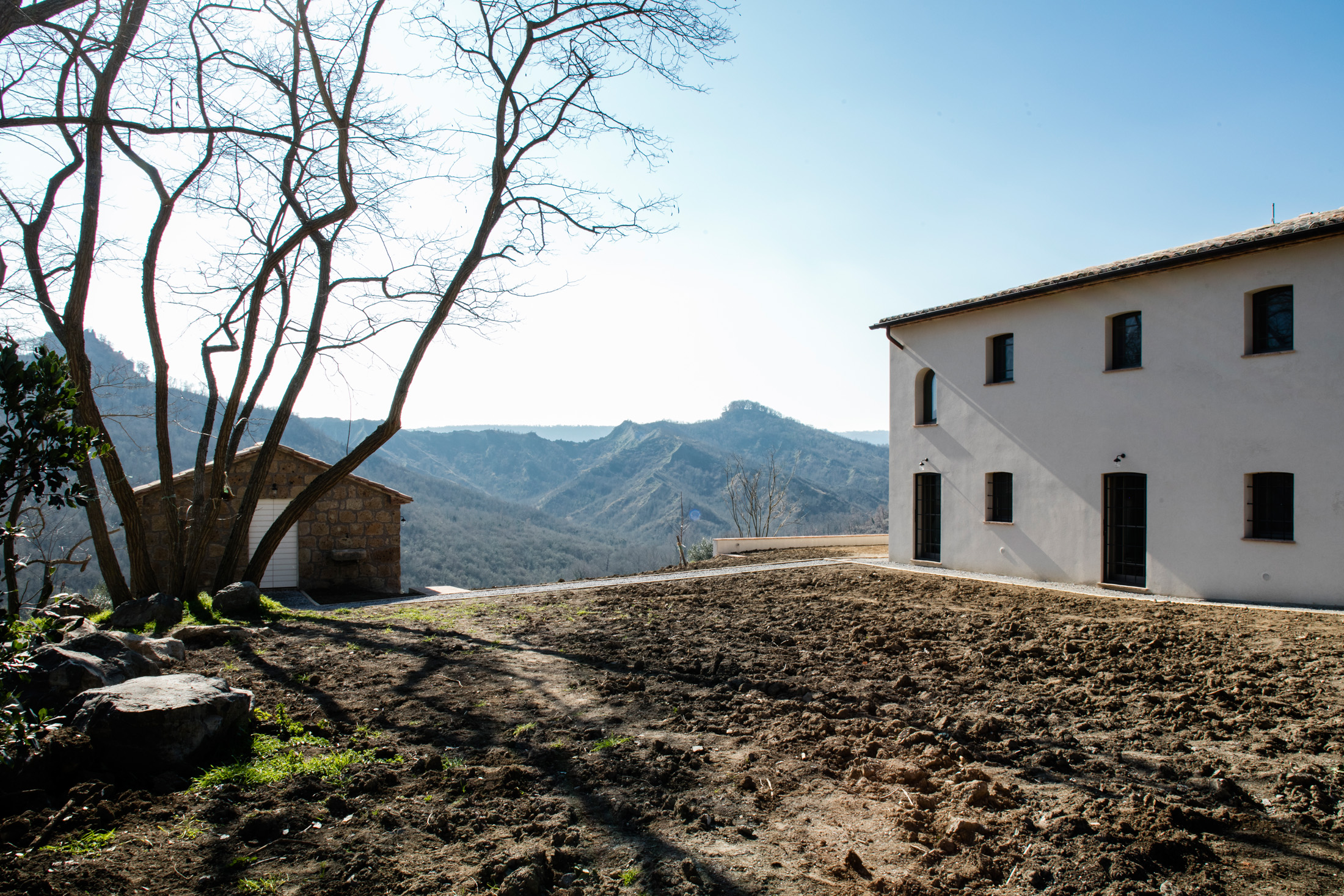 Villa Guillem, a residence that also includes two art studios, was completed in June 2017 and is nestled in a seven-acre property in the hills of the Lazio region of Italy. Massimo Alvisi and Junko Kirimoto were hired for the project because the two couples found that they shared an affinity for preservation and sustainability. “[One of our shared beliefs] is the idea that design is a way to make the world a better place,” says Alvisi. “This is one of their [Guillem and Tapie’s] main aims, but it has also been our way of working for a long time, so it was the beginning of a very nice friendship.” 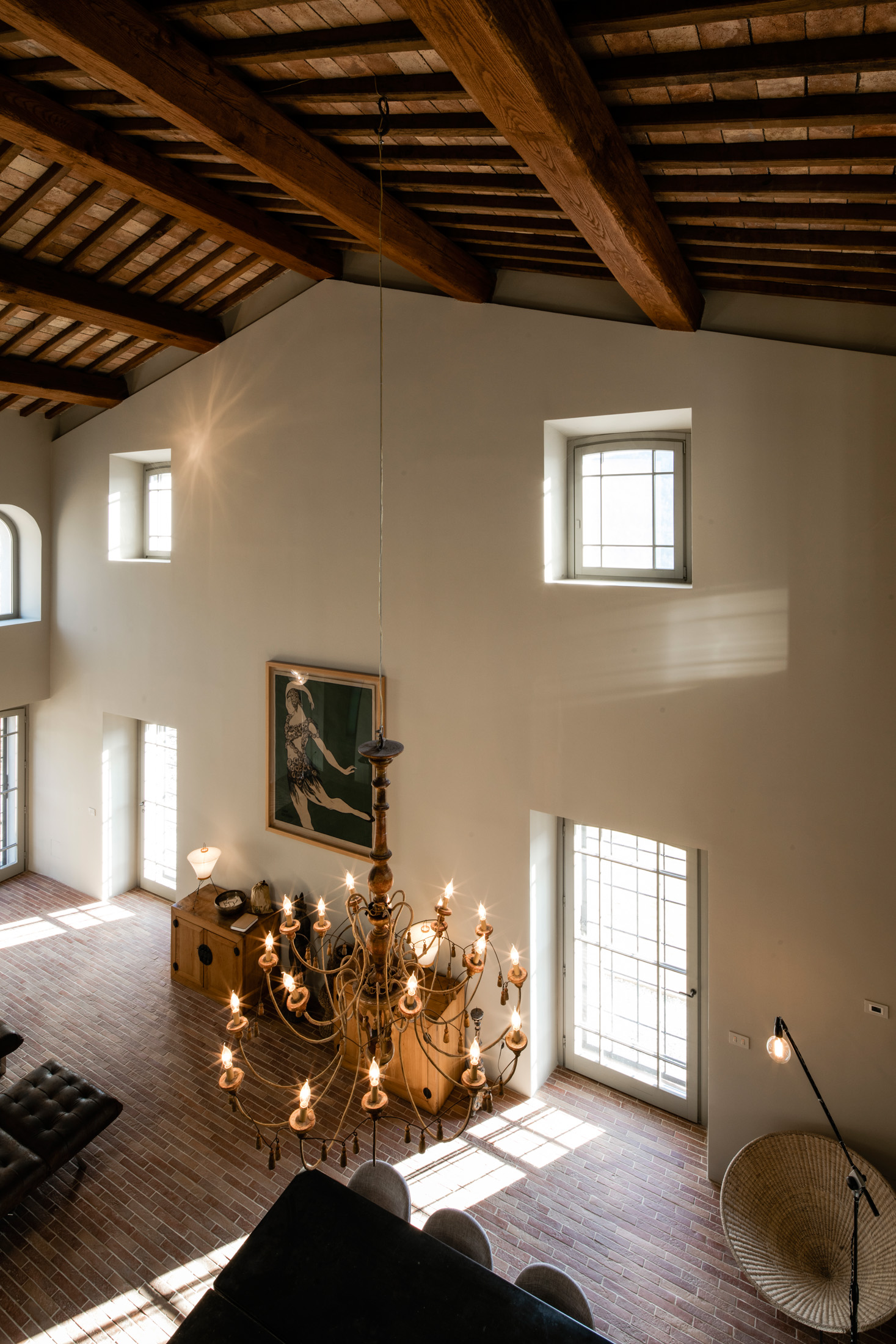 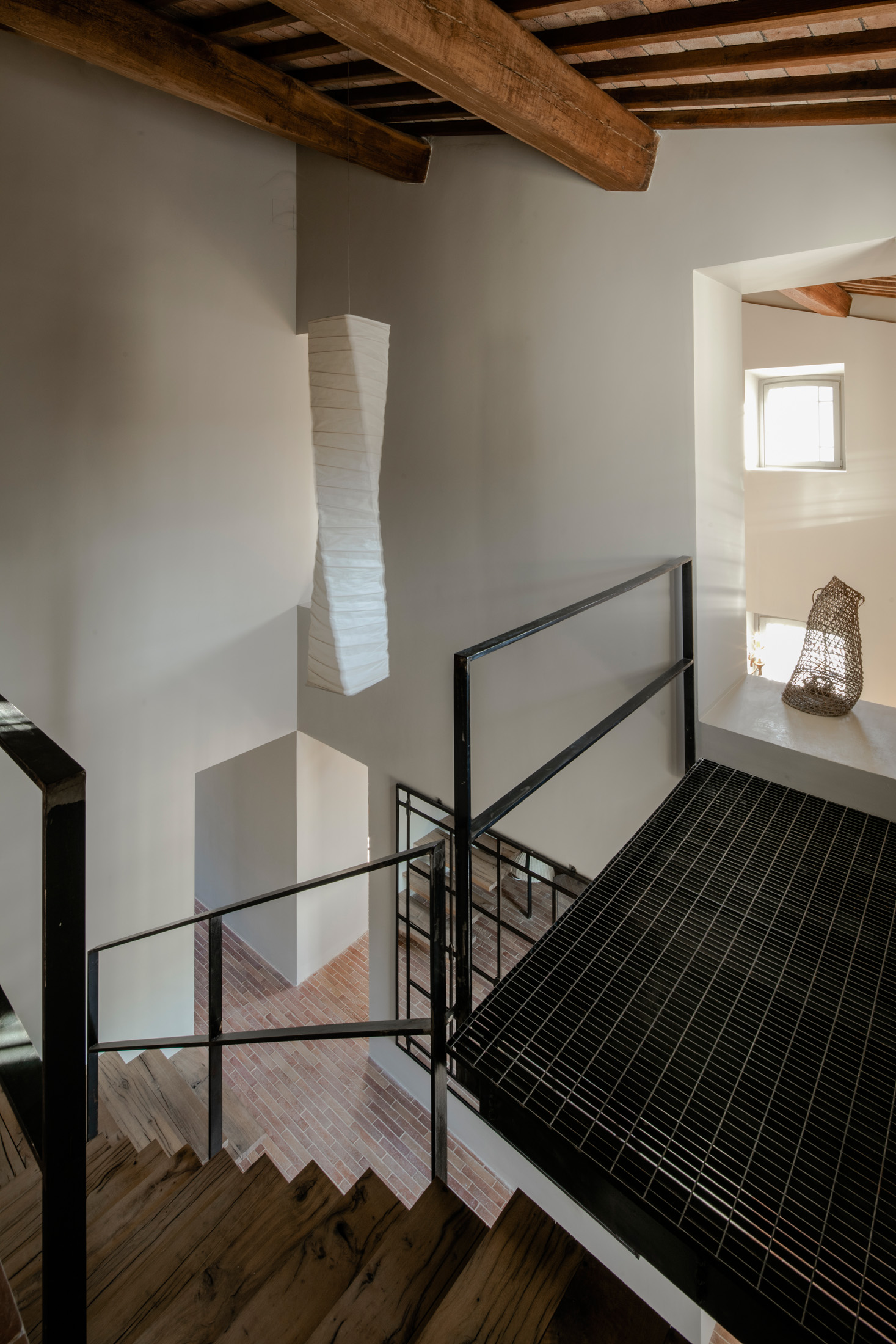 While respecting the existing architecture, Alvisi and Kirimoto sought out locally sustainable materials such as tufa (a type of limestone) and terracotta, as well as salvaging and repurposing materials including the original oak roof beams. They installed a system for water collection, added ventilation shafts, and planted two acres of olive groves and orchards. The small solar power field they added generates enough electricity to power the villa’s radiant heating pumps in winter and its air conditioning in summer. In the end, the home has become a gem of passive conservation.

“Italy is a fragile region—with a beautiful countryside and towns, but very fragile,” says Alvisi, whose studio is currently working on the headquarters of the Pritzker Organization in Chicago. “Beauty is usually very fragile, and we haven’t taken good care of our beauty, so we need to be very careful when we do things. Now we need to begin to think about how to improve our technology, we need to think about how to mend the architecture.”

As part of this process, the architectural team sought out local artisans and tradespeople to create “a beautiful social environment around the house,” Alvisi explains. “The idea is to protect both nature and human tradition.” For the floors of the bedrooms and bathrooms, they found classical terracotta tiles handmade in the central region of Italy and commonly used in houses there. In fact, they represent hundreds of years of Italian craftsmanship.

The architects maintained the strong history of the buildings, inside and out, by using classical materials and recycling items from the main structure. Originally, the living room was a two-level space, but by removing the upper level, Alvisi and Kirimoto opened up a generous, airy void and a larger-than-life view outward. They then used materials from the level they had just eliminated to construct architectural details. The iron framework of the second floor guest bedrooms’ doors, for instance, was clad in this salvaged oak. From the staircase leading up to the guest rooms, a steel grate gangway ends in an interior balcony that overlooks the living room below. “When you are in there, you can perceive the bigness of the roof,” Alvisi says, “and you can see the beauty of the volume, in and of itself.” 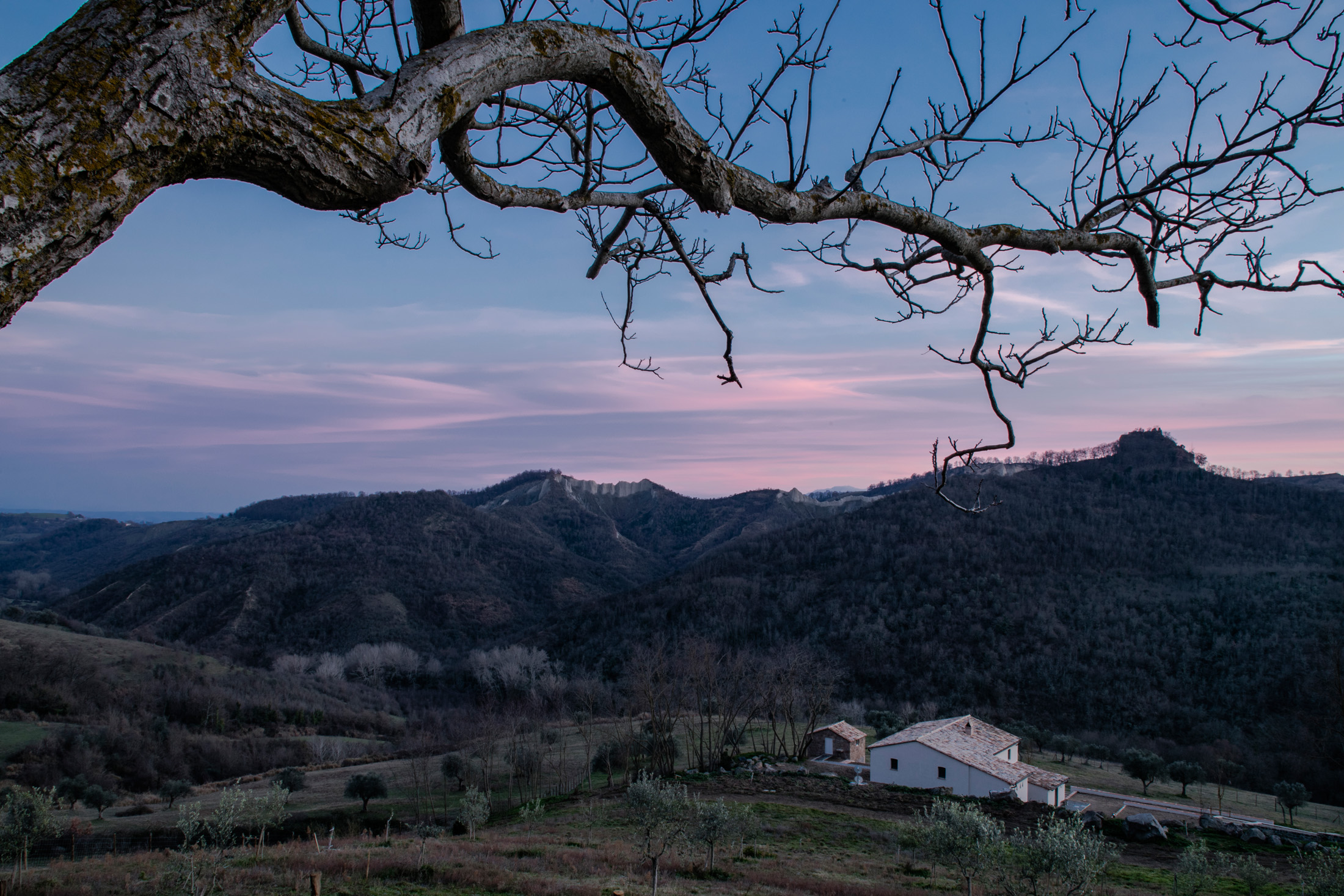 Throughout, the architects placed furniture with authenticity: in the dining area, a restored antique suspension lamp, a 1950s Akari Light Sculpture by Isamu Noguchi, a 1953 Cone Chair by Terence Conran, a French military table in metal from Le Grenier, and a 1931 floor lamp by Josep Torres Clavé. Other furnishings they designed exclusively for the home, including the salvaged wood doors of the guest rooms.

For the interiors, the colour scheme of painted surfaces remains neutral so as to echo, beside the exposed wooden beams and tiled ceilings, the colours of the earth and boulders of the surrounding landscape. Only in the kitchen are the beams and tiles painted a brighter colour to create a greater perception of height and lightness.

One farm building contains the clients’ studios, a gym, and a caretaker’s quarters. Like its sister, it has been plastered, which visually lightens the boxy weight of the exterior architecture. Inside, however, stonework adorns the entrance rooms and studios, which boast big windows and views. Four small triangular windows in the western façade—it was originally a pigeonnerie—were preserved. Keeping the windows allowed for ventilation in what is now the couple’s meditation room, with glimpses outward over the undulating landscape.

“Italy is a very old country,” Alvisi says, “so we need to refurbish a lot of old buildings. And you have to listen to them to understand what the buildings are asking for.” 8 Amazing Canadian Skyscrapers Being Built in the Near Future

From Ventimiglia to La Spezia