Julia Taffe’s dancing is off the wall—literally. As a vertical dancer, the Toronto-born resident of Tofino, B.C., performs sideways and upside down more than 100 metres above the ground on the sides of buildings. She also dances daringly in the branches of trees, among them the giant Douglas firs towering over Vancouver’s Stanley Park.

“These are vast unused spaces full of emotional resonance,” says Taffe, who was once a certified rock guide and ballet dancer, and has been a professional contemporary dancer since 1988. “We are enlivening them with dance that has been taken out of the esoteric world of the studio and into the real world. It’s an expanded perspective.” 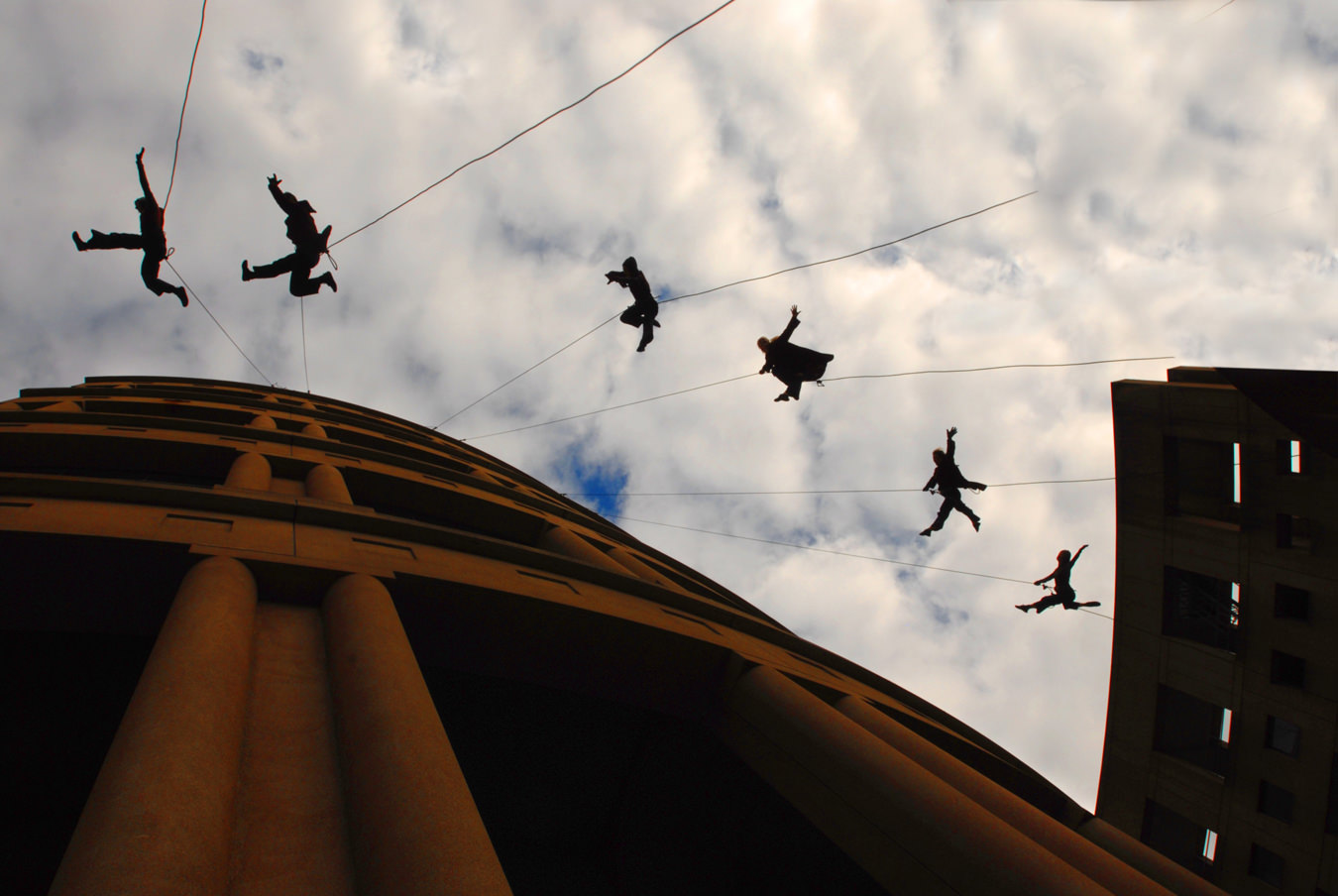 To create her unique brand of aerial choreography, Taffe is harnessed to the ropes and pulleys commonly used by rock climbers and suspended high above the ground. She doesn’t fly alone. Her project-based Aeriosa vertical dance company, returning to Vancouver’s Scotiabank Dance Centre next spring with a new full-length work called Second Nature, consists of other dancers with rock-climbing experience. Taffe took three years training them in vertical dance, a niche but growing genre with exponents around the world, including in France, Italy, the United States, and Wales. (Currently there are eight dancers performing in Aeriosa, but numbers vary.)

Taffe’s own vertical dance studies started in 1993 in Oakland, California, under the supervision of Amelia Rudolph, whose Bandaloop, founded in 1991, was one of the world’s first vertical dance companies. Aeriosa, which debuted in 2005, similarly takes dance to new heights of artistic expression. “It’s very liberating,” says Taffe, who, at 48, has found a way of continuing a connection with dance first formed during her student days at the Royal Winnipeg Ballet, Winnipeg’s Contemporary Dancers, and the School of Toronto Dance Theatre in the 1980s. “I don’t think I’d still be working in dance at all if I wasn’t doing vertical dance.” 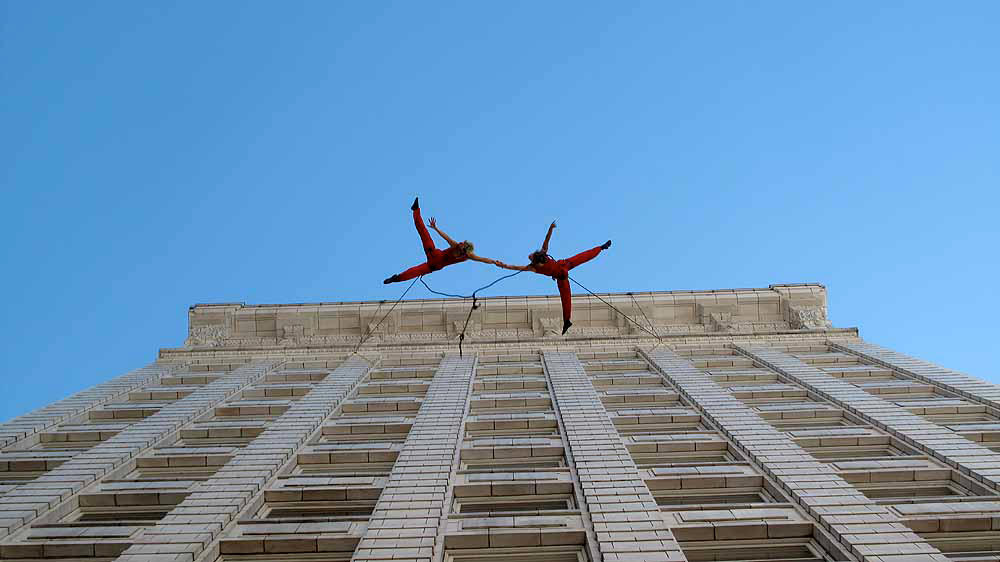 Taffe thought she had quit for good after forming two companies, Dance Collective and Ruth Cansfield Dance, in the 1990s. The experience left her burned out before she was out of her 20s. She transitioned to a second career as a climbing guide and then found herself moving again, but in very different ways. Rappelling down a rock face recalled the exhilaration she had once felt dancing. Aeriosa expands on that feeling with gravity-defying shows in which dancers soar like birds into boundless space. 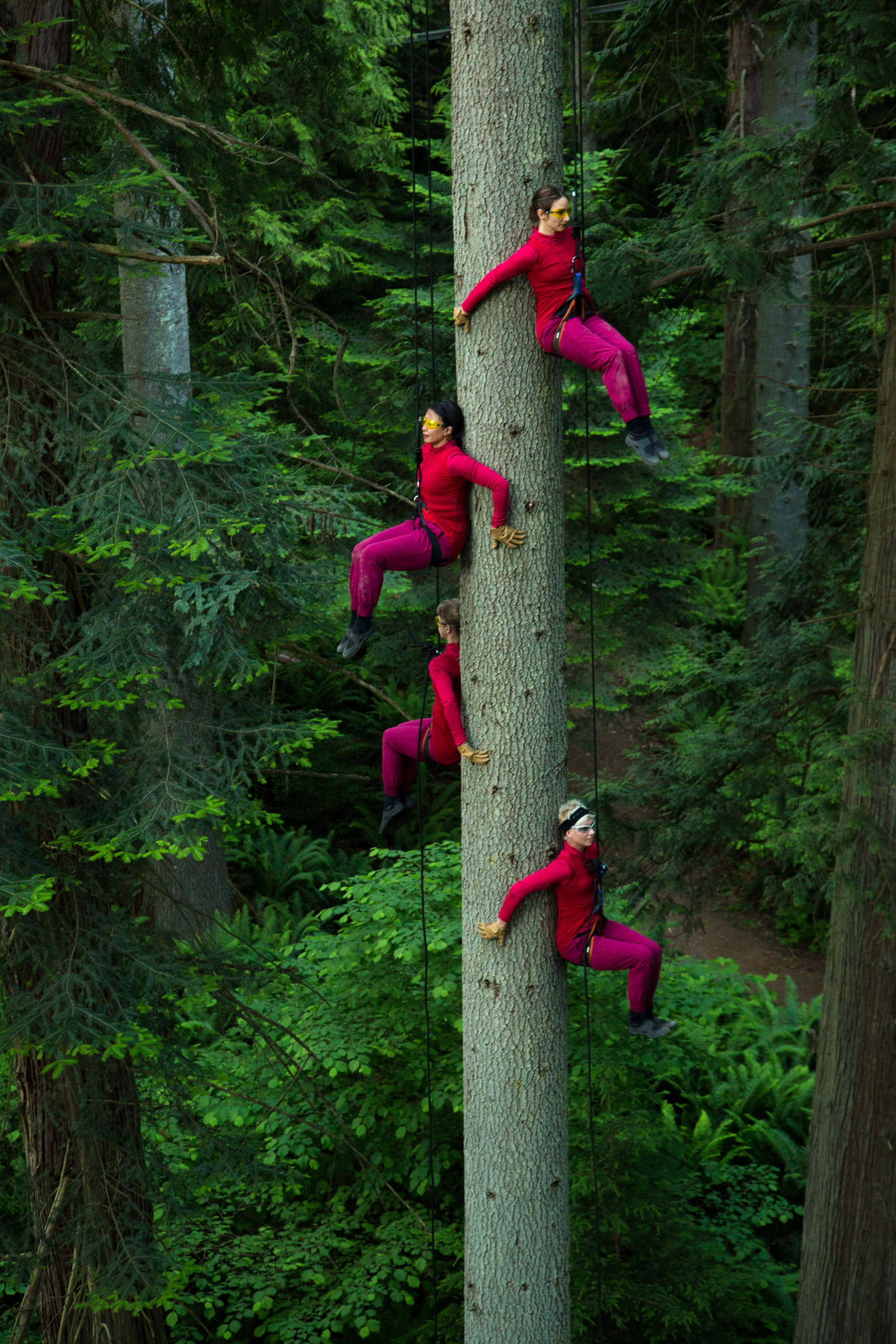 It’s an illusion, of course. Vertical dance relies on heavy equipment that distributes weight along a taut rope, making dancers appear as weightless as astronauts in space. “It’s a prosthetic much in the same way as a pointe shoe is a prosthetic,” explains Taffe. “It changes how dancers relate to their environment and how they move.”

That environment is ever shifting, ranging from a monolithic piece of architecture like Daniel Libeskind’s L Tower in Toronto, site of a 2012 Aeriosa performance, to the nearly 700-metre-tall Stawamus Chief cliffs near Squamish, B.C., the group’s highest dance floor to date.

Performances are inherently risky. “But we’re not heroic explorers,” Taffe says. “We’re just taking dance to new places.” And how.

DJ Felix Cartal on the Impossible Pursuit of Perfection