Design has the capacity to communicate value and emotion in ways that escape written or spoken language. Even so, we can extrapolate elements of design through a culture’s use of language as a means of visual representation. At a recent showcase at Inform Interiors in Vancouver, Luis De Oliveira, founder and managing director of De La Espada, mused on the relationship between his country’s language and its contemporary design: “The Portuguese are a culture that is sensitive about certain objects.” The words for landscape and bridge, for instance, are grammatically feminine in Portuguese, whereas in French, Italian, and Spanish these terms are masculine. “We say we are a people of brandos costumes, of ‘gentle manners’,” says De Oliveira. He goes on to explain that, unlike in English, the word for thank you in Portuguese, obrigado, is an action. “Obrigado means that I am obliged to you, that I am bonded to you in some way.” This manner of being mindful seems to have permeated Portuguese design, including the spectrum of ways in which we relate to and interact with the spaces and objects that populate our lives.

The Kim Bench by Luca Nichetto.

The objects we form intimate relationships with are often those that anchor a room, tethering the comforts of home to a space. It is those designs that De La Espada is interested in: key pieces of furniture for places to rest, eat, sleep, and work. The company is committed to designing with noble materials, such as American white oak and European ash, because it is convinced that these materials have the capacity to connect with humans on an emotional level. In a dedicated factory nestled in a forest a short distance from the remote beaches of Portugal’s Silver Coast, De La Espada’s master craftspeople produce designs under the company label along with collaborations with six designers, creating fully developed product lines that are true to the creative vision of each. These include the indulgently minimal beds and tables of English designer Matthew Hilton and the inventive tables of Shanghai’s Neri&Hu, made using a combination of traditional joinery and digital technology. In addition, they work with Nichetto Studio, Studioilse, Autoban, and most recently Jason Miller Studio.

Luis De Oliveira looks for three qualities in each of De La Espada’s products: a sense of place, a poetic sensibility, and an element of humanism.

Though De Oliveira is about as Portuguese as one gets—born in Porto right behind the town hall—De La Espada was conceived in Spain in 1993. In 1996, De Oliveira relocated to London, where he had previously studied, to establish a showroom with his soon-to-be wife, Fatima De La Espada. “My story has always been about two places—the feeling of being tied to a place, but also free of it,” he says.

Mira Lounge Chair and Ottoman, Pole Light and I Beam by Matthew Hilton.

De Oliveira looks for three qualities in each of De La Espada’s products: a sense of place, a poetic sensibility, and an element of humanism. “These three things come from architecture, from individuals who spend a lot of time rationalizing what they’re doing,” he says. De Oliveira is referring to the Pritzker Prize–winning architect Álvaro Siza, coincidentally one of the most prominent figures in Portuguese society. “It is impossible to avoid Siza in Portugal,” he says. Siza’s buildings are closely tied to their respective landscapes, often working with the abstraction of contours or capturing the rhythms of a particular terrain. 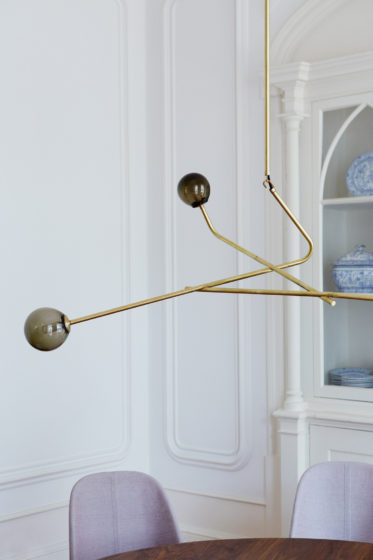 Inevitably, the influence of Siza reverberates throughout Portugal, enriching the manner in which De La Espada’s products so readily engage in a dialogue with their surroundings. “Showing people furniture in place, I try to communicate what I think is the poetry of my furniture,” says De Oliveira. Matthew Hilton’s Light Extending Table, for instance, functions at three lengths, but its posture atop its sculptural legs elevates not only the room containing it, but the exterior landscape as well. 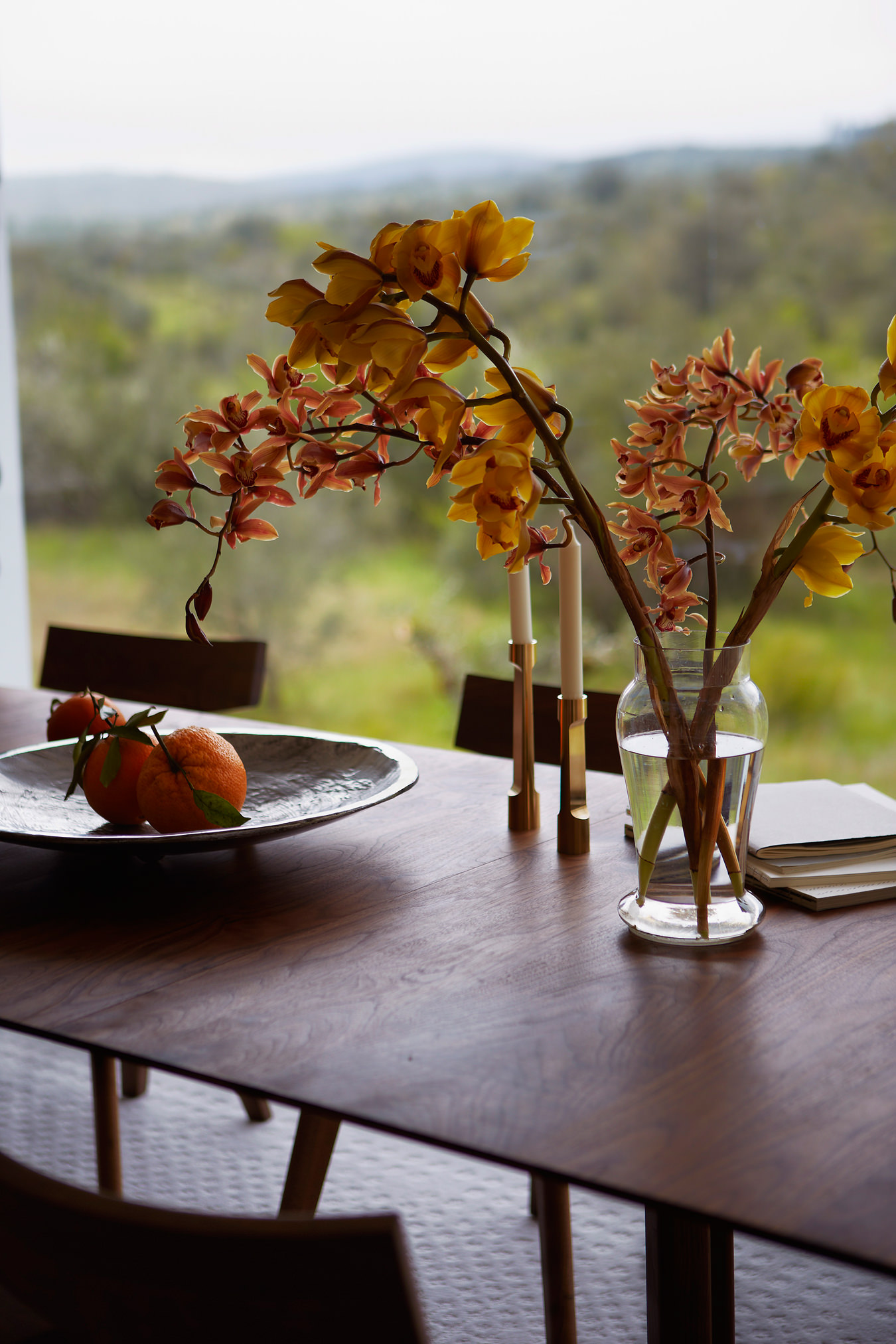 However refined the details, they are derived from and situated within a carefully considered context, whether domestic or natural. De La Espada’s products paint a picture of architectural nirvana, where the old is revered and the new is sensitively inserted into the existing landscape in such a way that suggests these objects have always been just where they are, and will continue to be for a very long time.