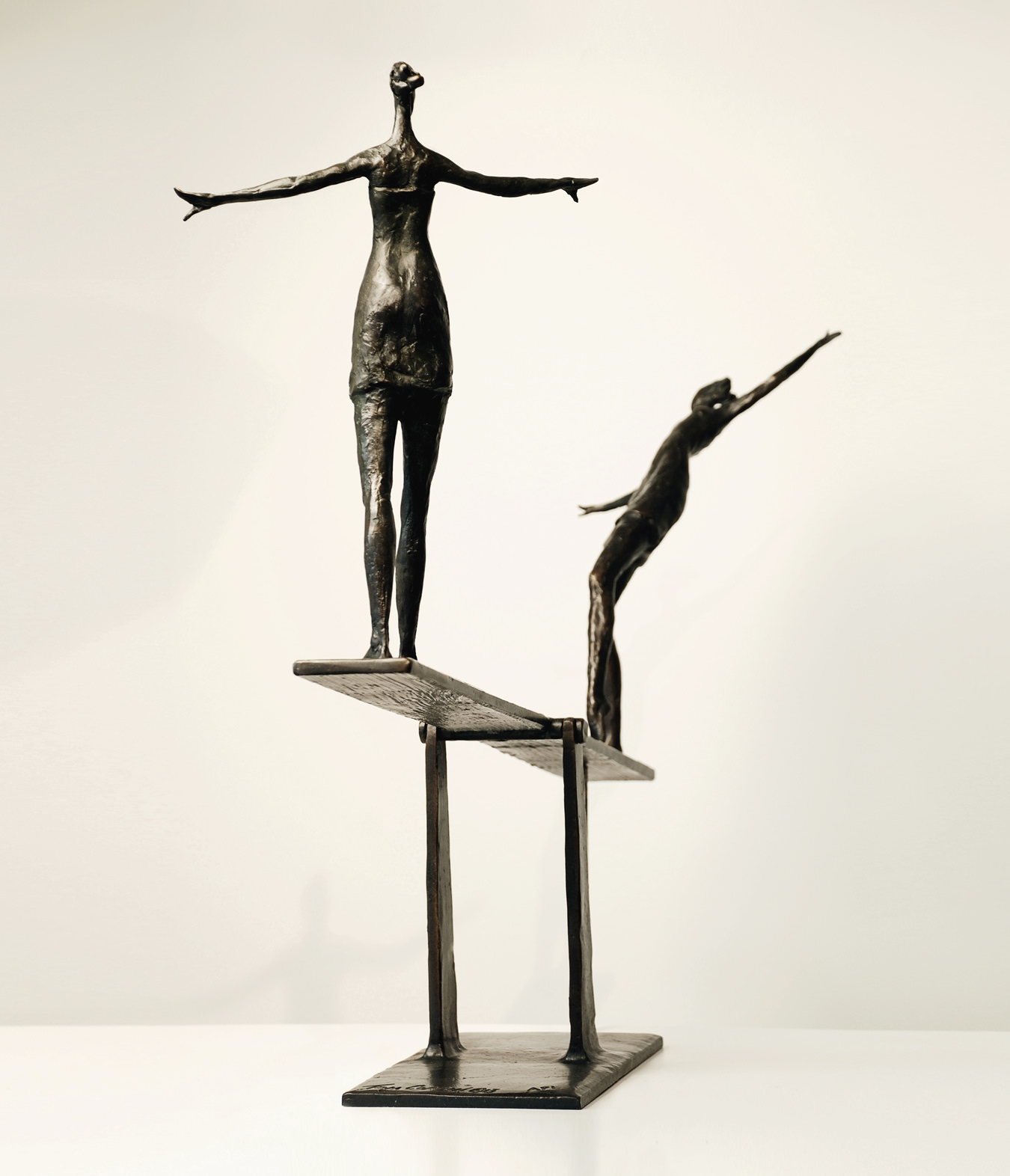 While his furniture can be regarded as “functional art”, Corbin is equally known for his bronze sculptures. Often vertical, kinetic studies of the female form, his chief muse, the artist’s sculptures, both abstract and traditional, range in size from miniature to monumental. Corbin incorporates a method called lost-wax casting into his sculptures. Clay figures are given dividing lines to determine how the mould sections will be produced, after which four coats of silicon rubber are painted on. A second plaster mould is formed around the rubber mould, and then Corbin splits it apart and removes the clay.

“[The foundry] will put those two halves back together, and pour hot wax into that cavity where my clay piece was before,” Corbin explains. Several more steps follow before the foundry dips the assemblage into a vat of ceramic liquid, “probably 12 to 14 times over the course of two weeks, allowing it to dry between each coat,” he says. Next, the inverted ceramic mould goes into the kiln. The wax empties out, making space for the molten bronze, which is over 1,000ºC. After a few more steps, the piece can be given a patina with a propane torch and chemicals to turn it into a specific colour. 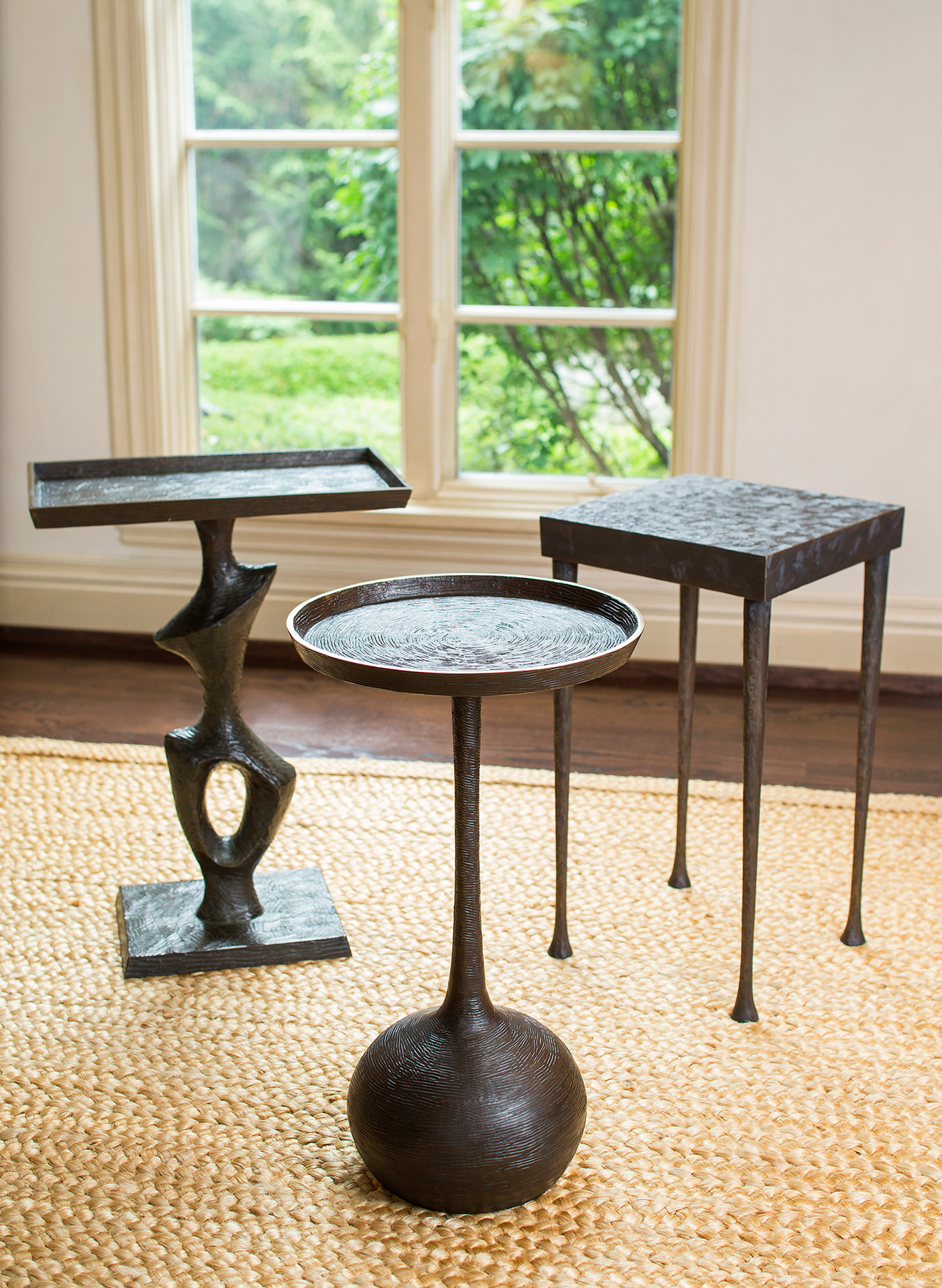 Represented in both Los Angeles and New York, Corbin feels lucky to be accessible to the film industry, reaching not only celebrities but also film productions that use his pieces in set design. “I remember the first movie we were in was an Arnold Schwarzenegger movie, True Lies. All I had was a table lamp in it; we were sitting there [in the theater], the scene comes in, and we gasped like it was our daughter at her first recital or something: ‘There it is!’ ”

The first piece that Corbin ever sold to a celebrity was a coffee table, to Jack Nicholson. Frank Sinatra was also a client. “I was out of town and I got a call from my wife, and she said, ‘You won’t believe who wants to buy two tall sculptures—Barbara Sinatra for [Frank’s] birthday,’ ” says the Ohio-born artist. 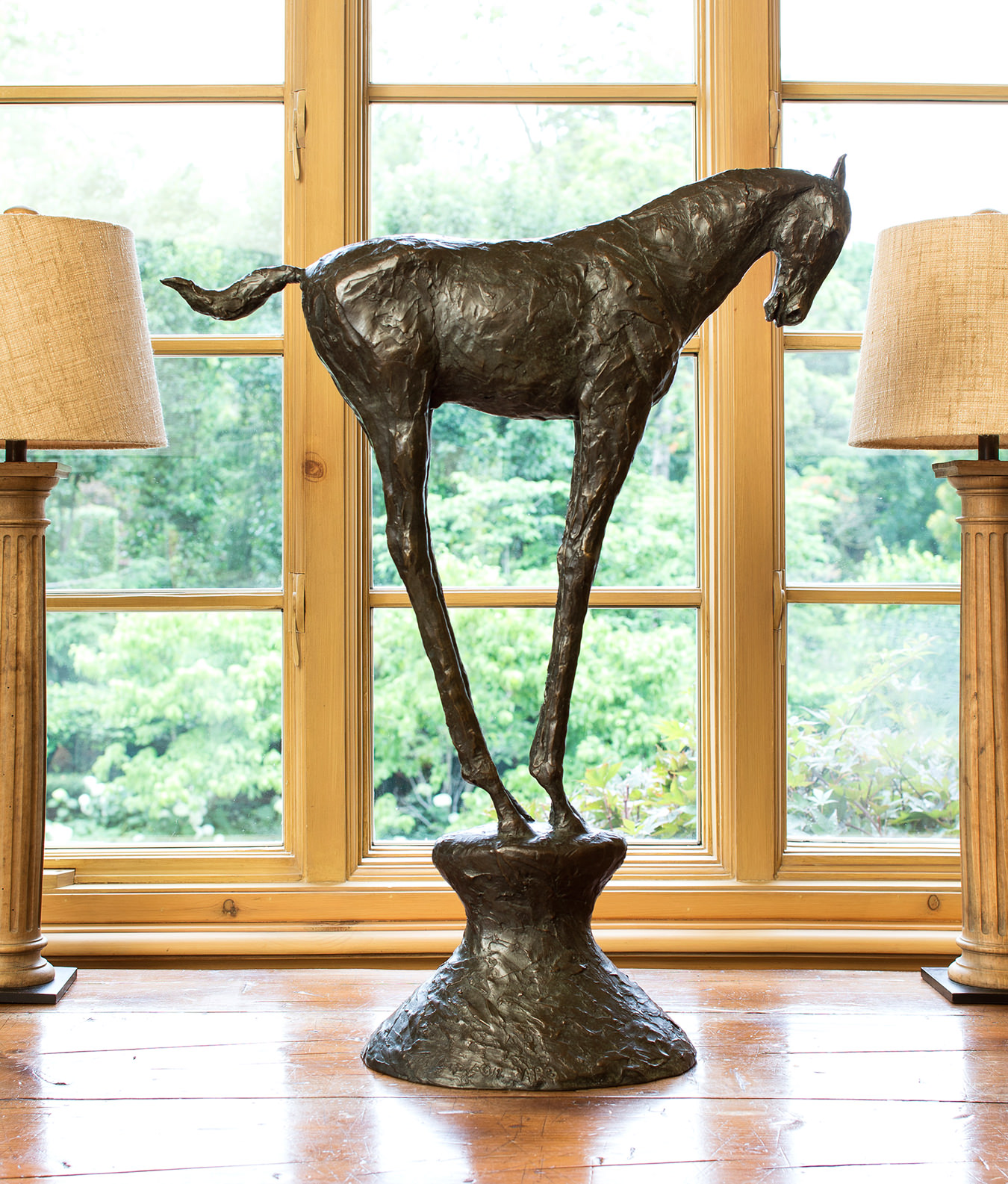 Corbin’s artistic career follows a similar theme of surprise and serendipity. “There should be no reason I’m doing this,” cheerfully proclaims this son of an elementary school art teacher, who studied marketing and worked in advertising before epiphany struck. “I got up one morning and said, ‘I can’t do this anymore.’ I took a summer off and biked from Durango, Colorado, to Jasper, Alberta. I had time to think.” Then, his colleague at a Kansas City ad agency broke her foot, leaving an opening in the sculpture class she was taking. Intrigued by three-dimensional work, Corbin started bronze casting as a hobby. A few years later, in 1986, he decided to try to do it professionally. “I took the jump, and it worked out okay,” he says with a smile.

Pop Life at the National Gallery