The utter abstractness of a Mark Rothko canvas or the shocking sparseness of a Donald Judd installation may seem like odd inspiration for a modular kitchen system. Minimalist art, after all, is by its very nature impractical. Our cook spaces, on the other hand, have to perform a multitude of hard, fast, and often messy functions.

To Dror Benshetrit, this contradiction isn’t daunting; it’s an opportunity to innovate. Earlier this year, at the Interior Design Show in Toronto, the star New York–based designer unveiled a new kitchen called the Arc Collection, which he designed for Avani Kitchens (a brand he curates) and is distributed by Canadian manufacturer AyA Kitchens and Baths. The modules, geared toward style-savvy apartment dwellers, are sculptural and sleek but also highly practical, with all the necessary storage and appliances hidden discreetly behind sublimely understated panels.

“It’s kind of funny, because I very often refer to art pieces by Donald Judd and Mark Rothko as references,” explains Benshetrit, a graduate of the prestigious Design Academy Eindhoven in the Netherlands. “But it’s very hard to maintain that purity because all of a sudden you have to ask, ‘Oh, where do I put the wine cooler, where do I put the stove, where do I put the toaster?’ ”

To create the Judd-like artfulness, symmetry was essential. “In an ideal scenario in a kitchen [there would be] symmetry [because it] feels more Zen,” says Benshetrit. “The problem is that most kitchens have a certain direction, often dictated because there is a fridge on one side and other appliances in between.” Benshetrit created balance by flanking a central bank of cabinets with tall vertical units on either side—one is for a fridge, while the other conceals a pantry, a Miele espresso machine, and dovetail rollouts. 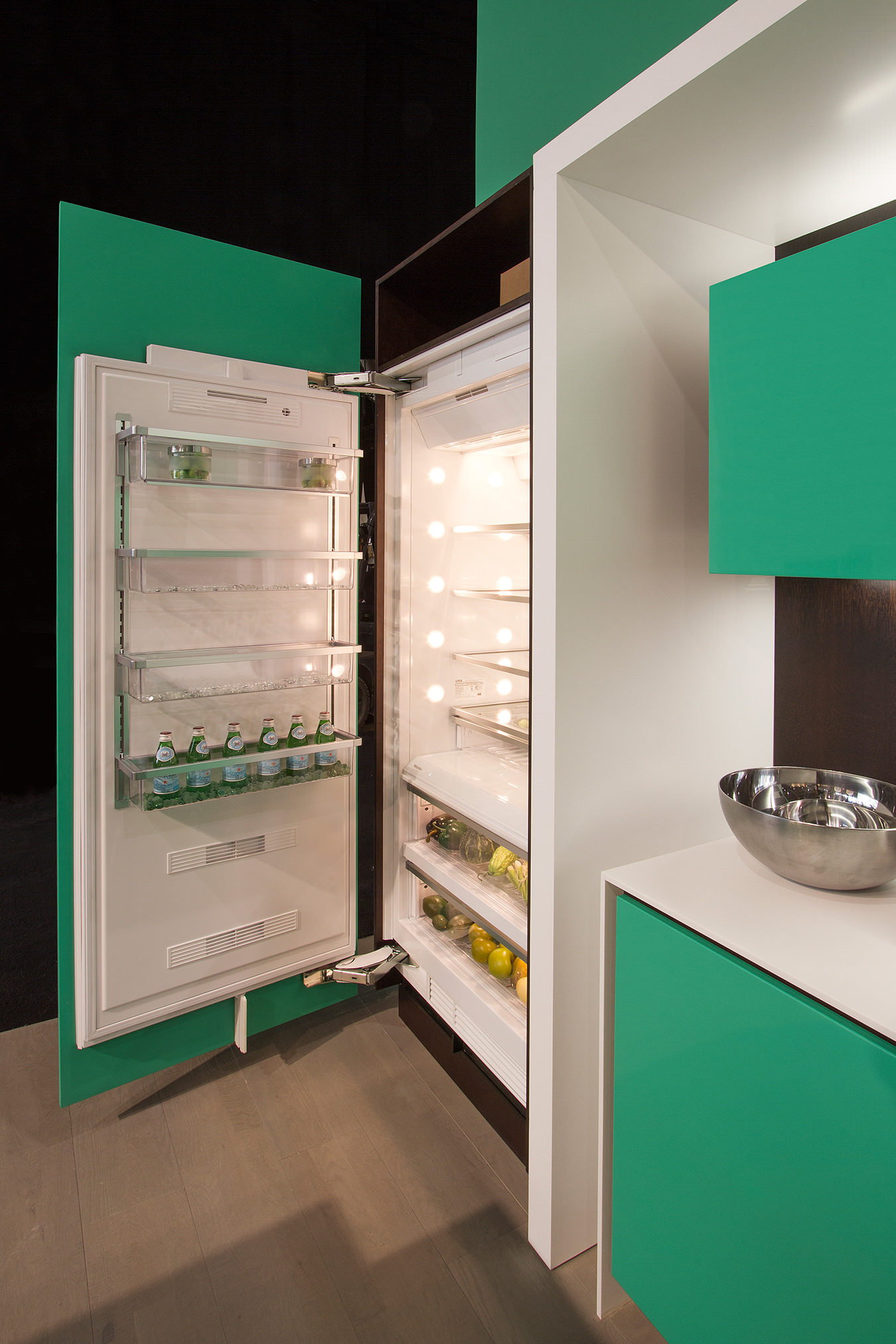 The Arc system is Benshetrit’s first kitchen. The Israel native doesn’t like to repeat himself; indeed, he has made a career of firsts. His portfolio includes everything from a synagogue in SoHo to suitcases for Tumi. He is perhaps most famous for his Peacock Chair, a frilly bloom of folding felt that he did with Italian manufacturer Cappellini. Further demonstrating his range, Benshetrit has also developed a range of items—stationery, bed linens, clocks, lamps—for Target. Currently, he’s fascinated with transportation. “I think it’s an area that needs so much innovation,” he says. “I mean, across the board, from airports to airlines, the whole security issue, traffic, cars—it all needs help.”

Benshetrit, who is soft-spoken yet confident with a refreshingly relaxed disposition, says he only has two criteria for getting involved in a new initiative: “Love the challenge and believe in the end result, and the second is that I love the individuals I will be working with.”

He got involved in the Avani project when AyA’s president, David Marcus, approached him to collaborate. Marcus wanted to launch a new line of luxe kitchens aimed at urbanites living in compact condos. Benshetrit was attracted to the space-saving design opportunity because he thinks that small but high-end living spaces are an important growth area as more people move into downtown cores. What maintained his interest was Marcus’s unlimited support.

“Usually collections like this take on average a year to complete,” explains Benshetrit. “We actually took almost two and a half years to work out and perfect the details. Very often you just have to rush certain things and compromise … [but Marcus] has just been so wonderful to work with. From the first time we met until today, as we are launching it, he’s been with us at the same pace, at the same interest.”

The biggest achievement with the Arc is perhaps the movable island, a crisp white altar that hovers over a bank of cabinetry. Perched on a set of discreet, lockable rollers, it can tuck away easily when not in use, or slide out to double the work and eating surfaces. Basically, it’s perfect for parties when everyone crowds around the kitchen.

Overall, the Arc is a simple but effortless transformation, one that Benshetrit hopes has a positive effect on the people that use it. He likens it to “the first time I used a really, really good knife,” he says. “I enjoyed chopping so much and bought more vegetables and ate healthier food just because I enjoyed using that knife. That little product influenced my life. Probably to degrees that I’m not able to measure.”