It’s fitting that Arlo Parks’ debut album Collapsed in Sunbeams is titled after a Zadie Smith line. The London-based singer-songwriter has surrounded herself with words since childhood, from the poetry of Sylvia Plath and Pat Parker to the works of Audre Lorde. Her lyrics are shaped out of poems she writes, a testament to her first love of literature.

“Because a lot of my writing is very visual and sensory, I’m [also] really inspired by photography and film,” she says of her inspirations, which, she claims, evolve daily. “I love directors like Wong Kar-wai and photographers like Wolfgang Tillmans.”

But at the centre of Parks’ music is herself. Largely autobiographical, her songs are “almost like a diary entry,” she says. At 20, Parks is often dubbed a voice of her generation, with her emotionally vulnerable lyrics that touch on the aches of young queer love or the dips of depression. Though she doesn’t claim to speak for her generation, her goals as an artist are to “create music that is honest and true, and to make people feel understood.” 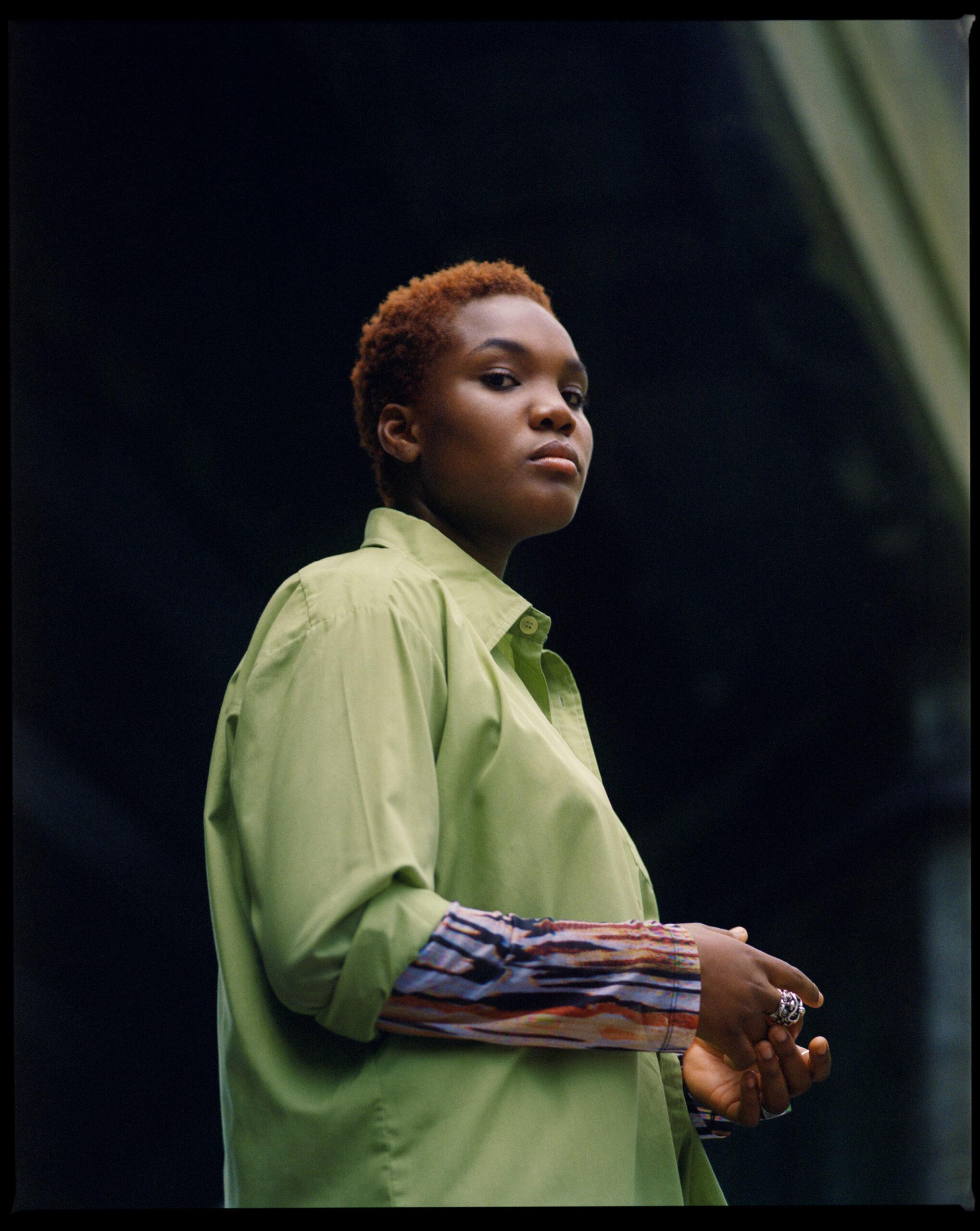 “I think it’s something that comes naturally to me, especially when I think about the albums that I love: albums like 6 Feet Beneath the Moon by King Krule or I Thought I Was an Alien by Soko,” she says on writing honestly. “There’s that sense of introspection, and those are the albums that have helped me. In order to help others, that vulnerability is necessary. I only write about things that I can’t help writing about.”

With Collapsed in Sunbeams, Parks digs further into emotional depths, weaving poetic lines such as “We’re all learning to trust our bodies / making peace with our own distortions” in the eponymous track.

Sonically, while a funky bass groove remains an assured consistency, she stretches into broader realms in her new tunes by flirting with ’90s-inspired beats and disco. Like many new artists, Parks finds it difficult to define her music into a single genre, though if she had to, it would be “introspective pop.”

Of the album’s title, she says, “To me it has this sense of bittersweetness. Of being overwhelmed by emotion and you’re not sure if it’s melancholy. A lot of my songs take place during the summer in London, and I find the sun to be this healing force. Whenever the sun is on your skin, everything feels a bit brighter and better.”

For its emotional weight, Collapsed in Sunbeams has a youthful air—a lightness that uplifts. An experiential journey, the album would be best listened to “either on a road trip with your best friend,” the artist says, “or cycling through the forest on your own.”