In the summer of 2014, the original Temple of Light at Yasodhara Ashram was consumed by a fire. Resident swamis and students were shaken, as the temple was considered the heart of the yoga retreat and study centre in British Columbia’s southeastern Kootenays region. But from the fire rose an opportunity for renewal, and Vancouver’s Patkau Architects was brought on to design a new structure, unveiled last June. Built on the previous one’s concrete foundation, the white building undulates like waves. 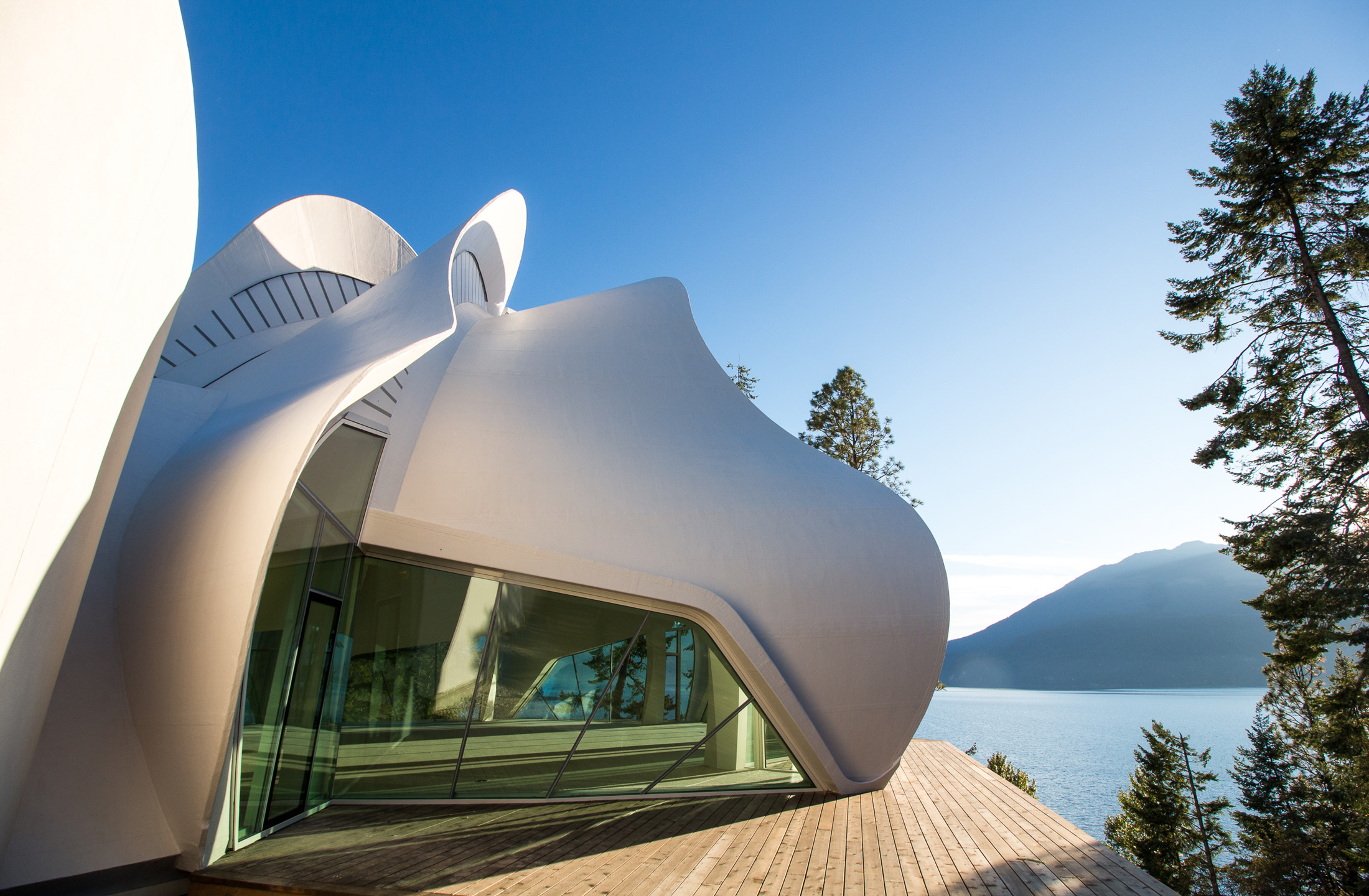 In many ways, the temple’s journey embodies Yasodhara Ashram’s practices. Founder Swami Sivananda Radha, a German immigrant living in Montreal, spent six months training in Rishikesh, India, under her teacher, who sent her home with a purpose: to update yoga teachings for Western minds. Swami Radha settled in Kootenay Bay, opening Yasodhara Ashram in 1963 as a non-denominational space for self-reflection and spiritual growth. “It’s not specific to being religious,” says Swami Lalitananda, current president of the ashram. “It’s more that you can live with awareness and bring quality into everything you do.”

The mindful approach here is driven by constant self-reflection—during hatha yoga each morning, the poses inspire questions about personal views. “A lot of people come because of a tragedy in their lives, and they need some help to heal or understand or deal with their situation,” Swami Lalitananda says. “Some people come when they’re in transition—they know they need a little space to pause and think, and then be able to take their next step.” 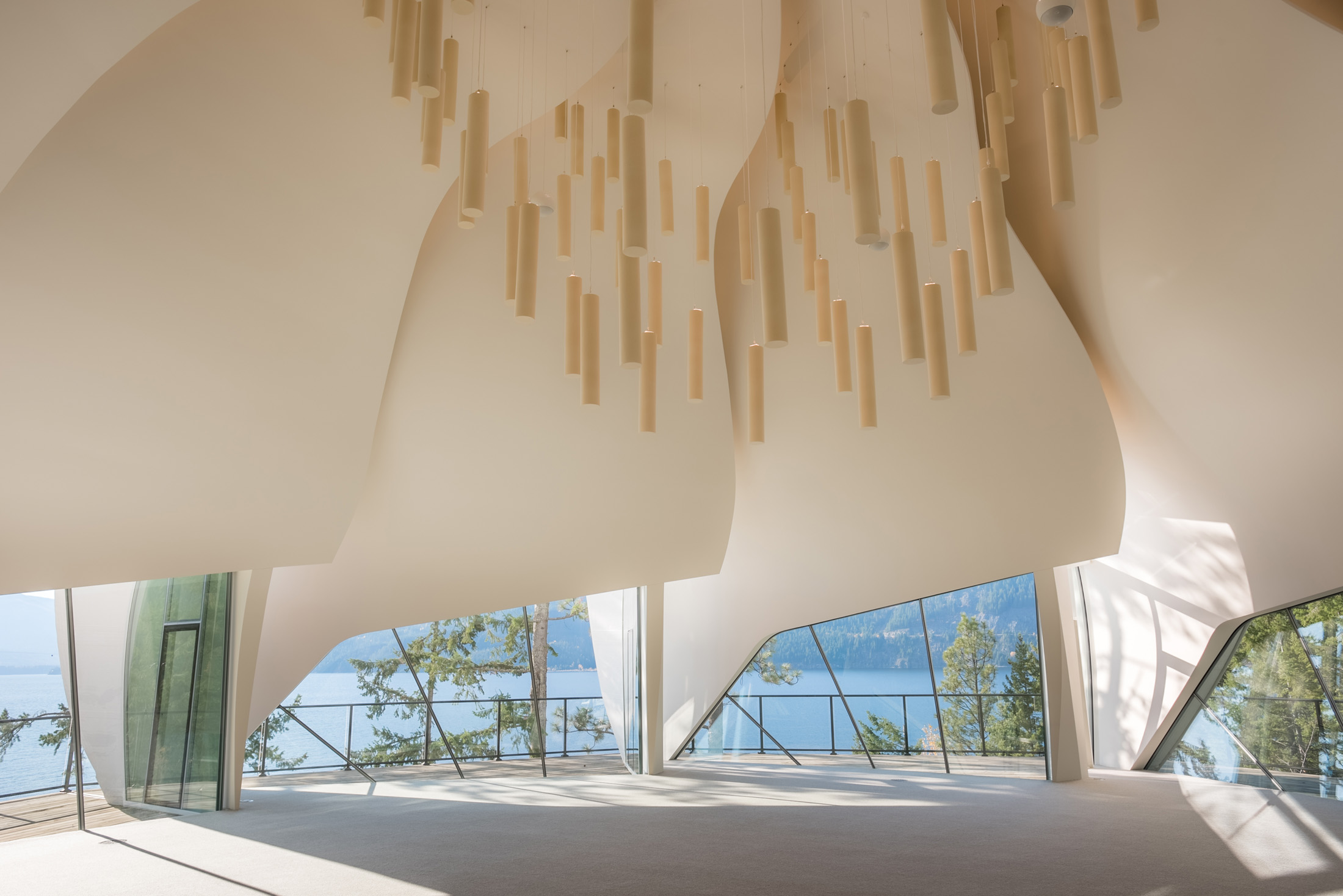 Lake views from inside the temple. Photo by Daniel Seguin.

The ashram offers everything from weekend retreats focused on breath, and courses on dream interpretation, as well as artist retreats and a three-month yoga development program. “It’s not come, do yoga, go home,” Swami Lalitananda says, and indeed, there is much ground to cover, from the Divine Light Invocation, a visualization of energy that spreads to those in need, to learnings about the compassionate destruction of obstacles to allow for renewal.

At the end of the day, swamis and students gather in the Temple of Light for a satsang service to meditate and reflect. One evening a swami posits, “Communities happen when they are needed.” As chanted mantras fill the new temple, this rings true. 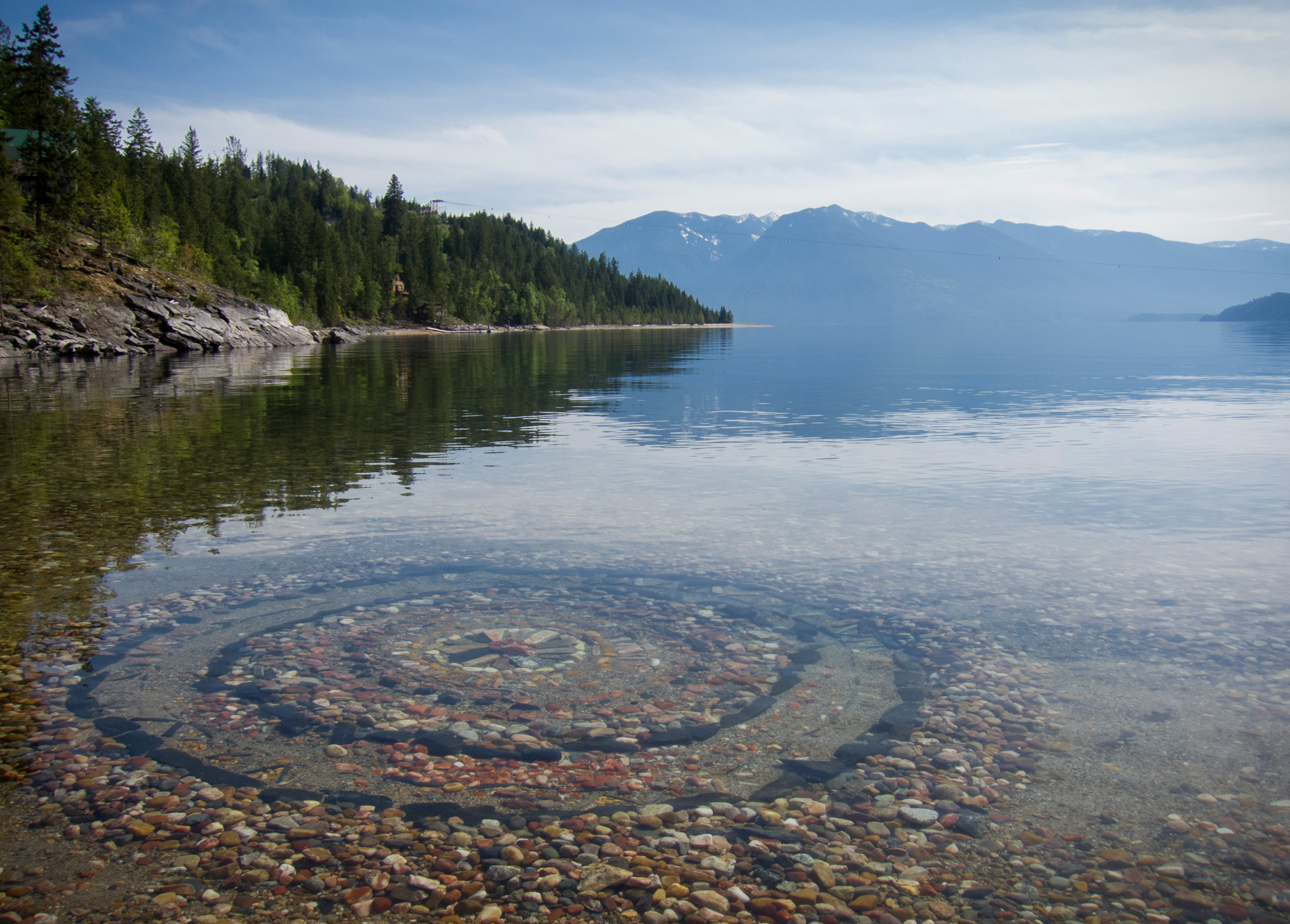 Mandela-like rock formation in the shallows of Kootenay Lake. Photo by Amy Allcock.