“It’s like if the only apple you knew was a Red Delicious, and all of a sudden you figured out there’s a Fuji, or a Pink Lady… your mind explodes.” Niels Brisbane, culinary director of the Bread Lab at Washington State University, is describing flour. Locally grown, freshly milled flour, to be exact, from the Skagit Valley, where he spends his time testing grains and working to make their cultivation in the Pacific Northwest a reality. “I love Skagit 1109—that’s the first wheat ever bred specifically for the maritime climate of the Pacific Northwest. We did a flavour trial with it two weeks ago in a baguette—it was the favourite. It has a really nice, almost custardy note.”

Home bakers are beginning to follow in the footsteps of obsessed professionals like Brisbane, going to local mills for their flour or buying mills and grinding their own. Drawn by the prospect of intense flavour, greater health benefits, a lower environmental impact, and the chance to support a local food economy, more and more cooks are eschewing the commercial flour found on grocery store shelves in favour of locally grown and milled-to-order grains.

In commercial wheat flour production, the grain’s endosperm is separated from the bran (the outer layer) and the germ, the inner embryo where a significant portion of the seed’s nutrients, oils, and flavour reside. The result is a shelf-stable and consistent product, but one that lacks nutrition and flavour. In contrast, stone ground whole grain flours include all parts of the grain. They spoil more quickly and must be refrigerated, but they offer a more complex flavour and added nutrition. Like any plant, the flavour is tied to the season and the soil.

“The minute a whole grain flour with those oils starts to sit around, those oils will go rancid,” says Janna Bishop, one of the co-founders of Flourist (previously GRAIN), a dry goods company based in Vancouver, B.C., that works exclusively with Canadian family farmers, milling their flour to order. “Coffee is one of our favourite analogues for what we’re doing,” she says. “We know that we’re supposed to consume coffee beans within a week or two of roasting, max, for the best flavour. It’s not that much different with flour.” 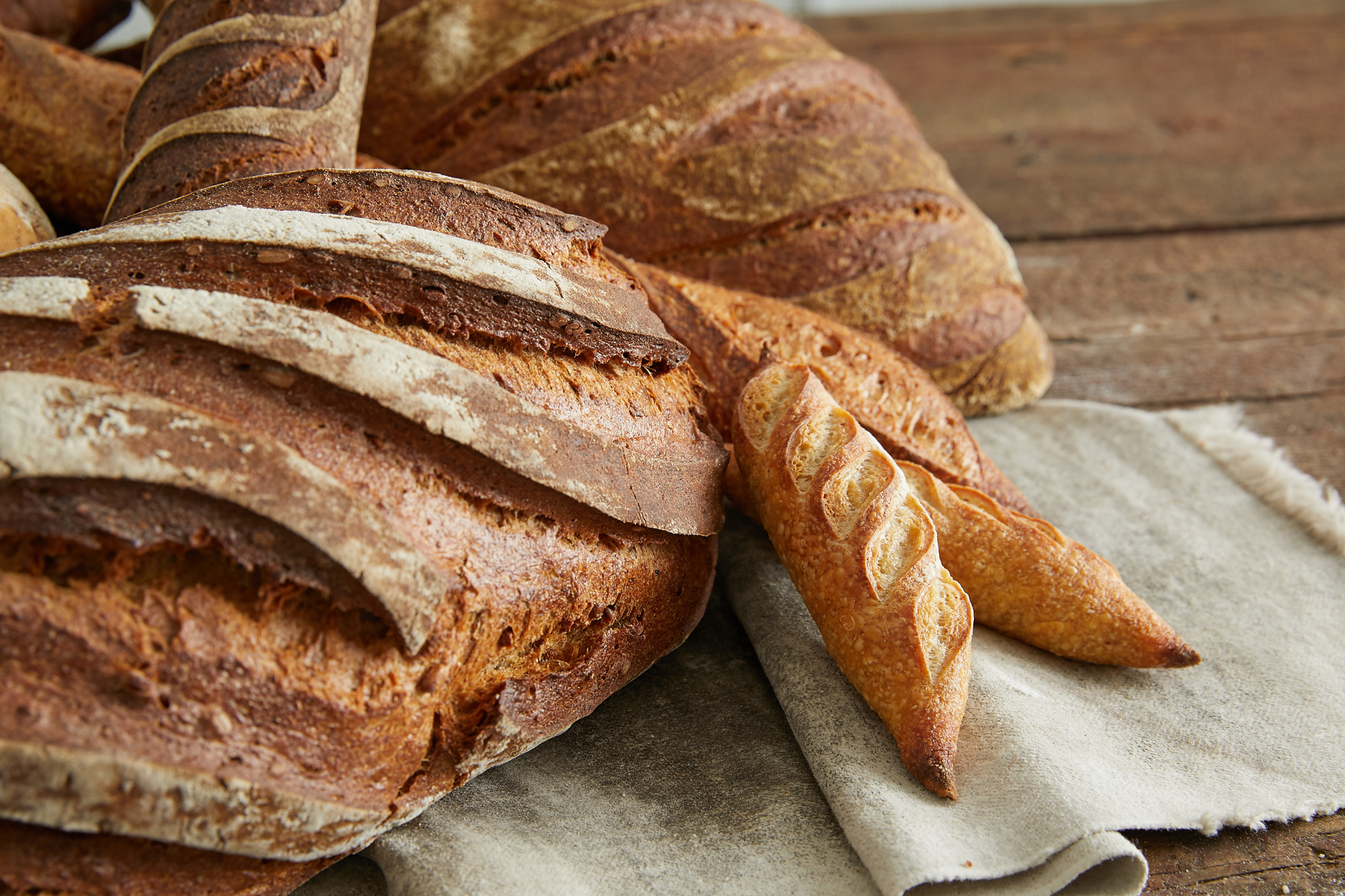 Fresh-baked bread at Bien Cuit in Brooklyn, a bakery known for its careful sourcing of flour and experimentation with bread. Photo by Tory Williams.

Working with this kind of flour, however, requires a certain tolerance for experimentation. “Freshly milled flour acts differently,” adds Niels Brisbane. “I don’t think that it’s fully understood why that is yet. You have to remove the ego of being a baker and knowing that you’re going to get it right every time.”

“For me, if [a flour] is completely different this year than it was last year, I’m okay with that. I’ll make my adjustments,” says chef and co-owner Zachary Golper of Bien Cuit in Brooklyn, New York, a bakery known for its careful sourcing of flour and experimentation with bread. But he’s reluctant to completely turn his back on white flour. “Yes, there is a higher nutritional component [in whole grain flour], but it’s also very unpredictable,” he says. “Every single bag of flour is a different adventure. So if you’re starting a larger bakery, you’ve got to be careful.”

Less need for consistency might be where home bakers have the advantage. “Some wholesale customers just don’t have the bandwidth to experiment the way that they need to,” says Bishop. “Home bakers are game for that challenge. One day, you might need to add more moisture or less water. [Our] flour is fresh; it is alive. It’s not a packaged product where you can expect the same results every time. We feel like it’s a product that matches the mystery of the category [of baking].”

“I make bread the vehicle where I’m experimenting a little more,” says Montreal-based Marcy Goldman, author of several cookbooks and the creator of online baking magazine Betterbaking.com. “My rule of thumb is to start with one [flour] and stay with one [flour] until you’re totally familiar—don’t use it like a paint set. Find a reasonable local or easily available flour and maybe start by subbing half. Investigate what’s around you. Most places do have some state or provincial millers or something a little bit local. It’s a good place to start.”

Many professional bakers, including Golper, see this turn toward local and smaller mills as the future of flour. “It’s a product that’s dynamic,” he says. “There are pros and cons to that, but your results when you treat it with the respect it needs are magnificent.”