James Dean, Brigitte Bardot, and Pablo Picasso were all Breton buffs. The three had an affinity for the blue-and-white-striped top otherwise known as la marinière. Peek into the armoire of any français and you’re likely to find at least one Breton top, likely more, as this classic is a staple for both men and women. The unmissable stripes—21 white, each twice as wide as the blue—have come to signify effortless chic. 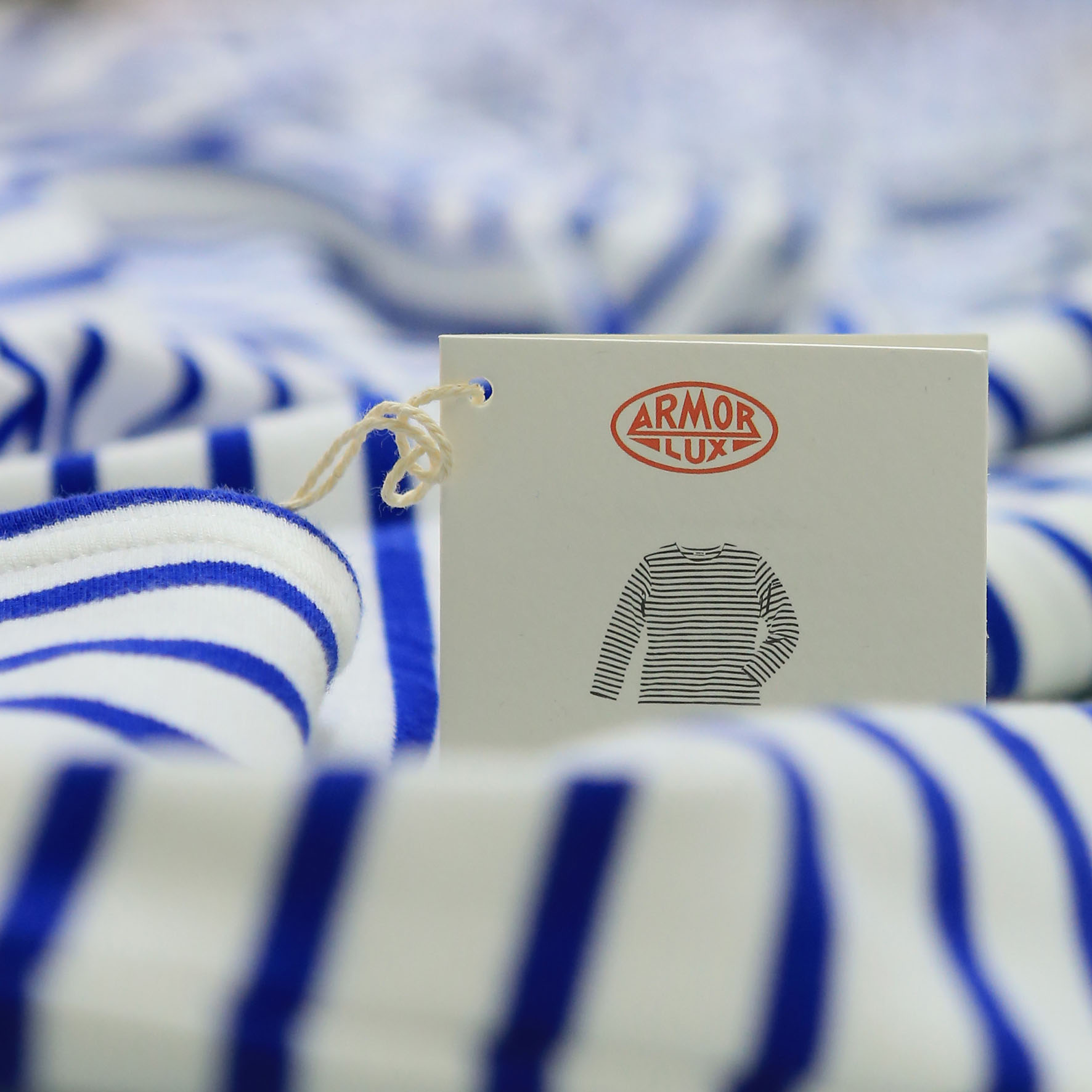 Officially adopted as the French naval uniform in the 19th century, it was Coco Chanel who nudged the shirt into popular fashion. And while there are a few brands that have staked their claim on the style, only one is made in Brittany (Bretagne en français): Armor-Lux. Headquartered in Quimper, in the northwest of France, Armor-Lux continues to manufacture in the place where it was founded. Thus, it is the only company justified in saying it produces the authentic Breton top.

Atelier New Regime Brings Its Own Seat to the Table

Fashionista Meredith Shaw on the Importance of Inclusive Sizing