Choosing a pair of shoes in the morning is a predictive act. Are you expecting a day of padding around on office carpet, or one of running errands over city sidewalks? Will there be rain? Mud? Should your intuition be wrong and your day take an unexpected turn, inappropriate footwear has a way of magnifying any sense of ridiculousness. Just imagine the game-over feeling of puddle water seeping into canvas sneakers, stiletto heels sinking into soil. 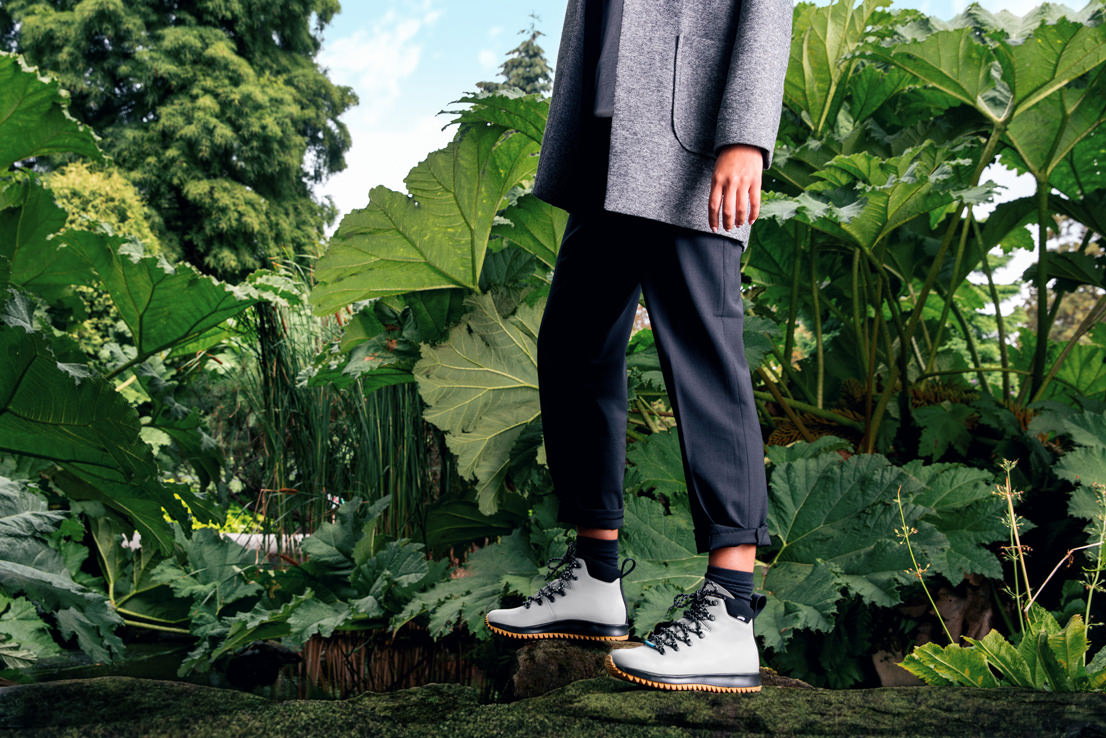 Vancouver-based company Native Shoes was co-founded by current CEO Scott Hawthorn in 2009 with a mission of making casual shoes that are durable, comfortable, featherlight, and suited to a wide range of activities and conditions. These are shoes you’ll never be caught off guard in. The company’s special formula is injection-moulded ethylene vinyl acetate, or EVA, a soft, flexible, rubber-like material that doesn’t absorb water or retain odours. Native Shoes (the name is derived, the company maintains, from the Latin word nativus, which essentially means to have been born in a particular place, and is not meant, as some have wondered, to falsely suggest the company has Indigenous leadership) uses the same material as the sartorially disputed Crocs, but it crafts that material into forms inspired by classic footwear brands like Vans, Converse, and Teva. What began as a handful of EVA silhouettes has evolved into a selection of sneakers, sandals, and boots for all seasons, with high-tech materials—such as form-fitting 3-D knits—regularly developed and integrated into new releases. In 2018 alone, the company plans to debut slip-on high-top sneakers, collaborations with Britain’s creeper king George Cox and Vancouver-based swimwear designer Beth Richards, and a pair of women’s d’Orsay flats weighing only 170 grams—Native’s lightest shoe yet.

Factories in China and Vietnam produce close to 2 million pairs of Native shoes each year, with half of all production dedicated to its kids’ collection. Its Jefferson shoe in particular, a perforated, unisex EVA sneaker, is the top-selling kids’ shoe at online shoe behemoth Zappos. At the other end of the retail spectrum, the Jefferson has also been stocked by Maisonette, a hyper-luxury, editor-curated New York–based children’s e-tailer, alongside lines by Stella McCartney, Chloé, and Brother Vellies. Native Shoes creative director and VP of marketing Michael Belgue considers the Jefferson’s wide appeal a product of its chic minimalism. “We still treat kids as wanting design objects,” he explains. “Our shoes aren’t something where we go, ‘Oh, we’ll throw a Teenage Mutant Ninja Turtle on the front and some lights and wheels.’ It still is a really elevated design object that’s really about purity of line.” 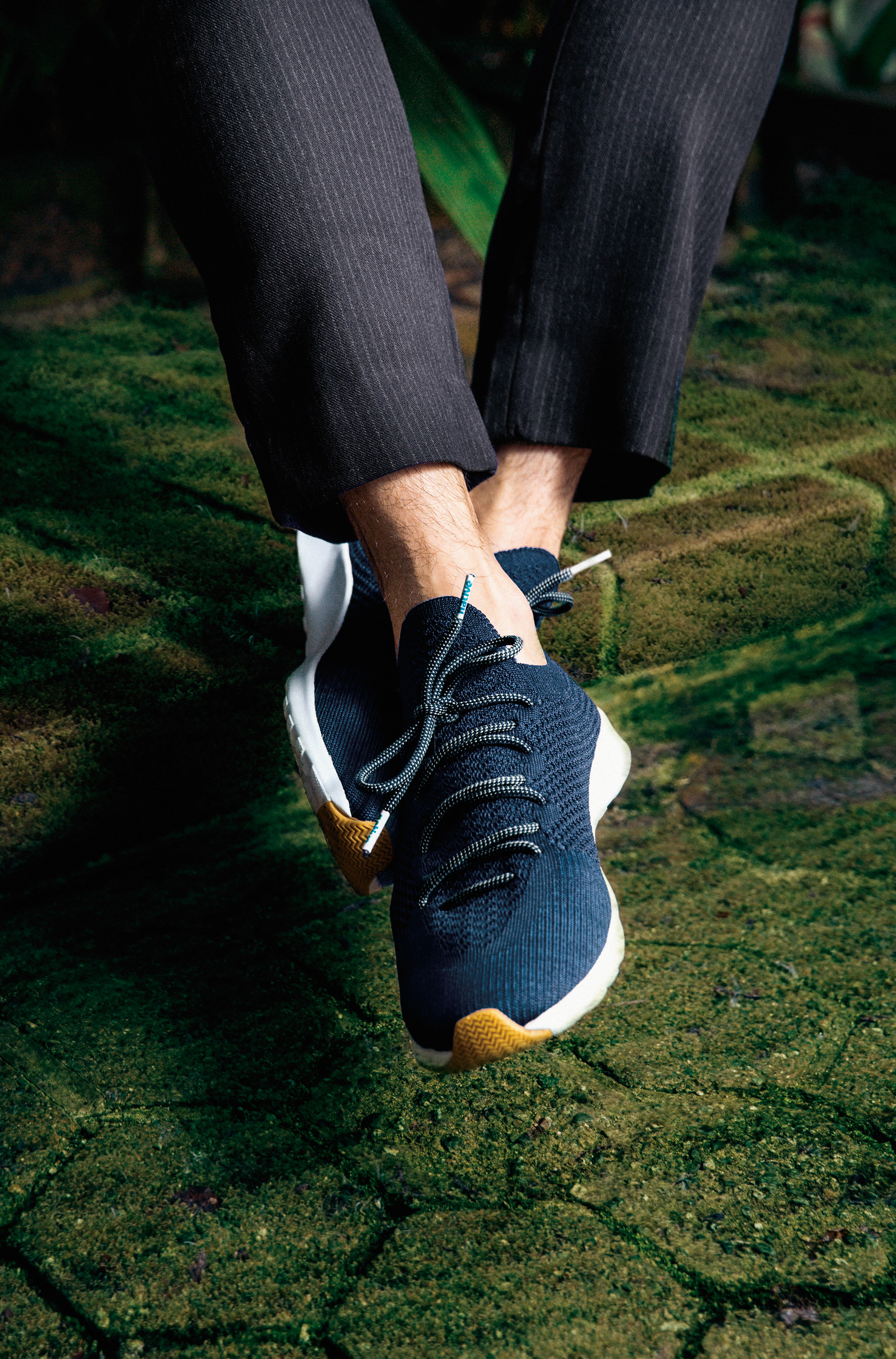 The Native Shoes team’s design aesthetic was applied to a new kind of project in late 2017 when the company opened its first brick-and-mortar location in Vancouver’s Gastown neighbourhood, a stone’s throw from its East Vancouver headquarters. Says Belgue, “We’re a very accessible brand that’s very inclusive, and we’re all about design, so one of the things we really wanted to do was take very democratic materials and make sure the space was elevated by the use of things that really are very simple.” All in white with birch wood elements, a wall padded with sustainably gathered local moss, and a neon sign of Native’s “Keep it Lite” slogan, the store aims to appeal equally to adults and kids while remaining integrated and unified (unlike, for instance, separate-yet-internally-conjoined cross-generational shops of yore like Gap and Gap Kids).

In late 2017, the company opened its first brick-and-mortar location in Vancouver’s Gastown neighbourhood, a stone’s throw from its East Vancouver headquarters.

Interior designer Andrea Greenway devised a layout that works on multiple levels—clean and minimal to those over 5 feet tall, but full of subtle interactive elements noticeable only to those small enough to crawl under a seating platform and scribble on a blackboard or make faces at hidden funhouse mirrors. A giant “candy dispenser”, a Perspex vitrine of the type that holds bulk jellybeans in supermarkets, is stocked with children’s Jeffersons in the company’s core colours—navy, grey, and pink—for self-serve shoe shopping. Benches are topped with multicoloured cushions made from 400 recycled Native shoes that employees fed into their very own shoe grinder and repurposed into decor. 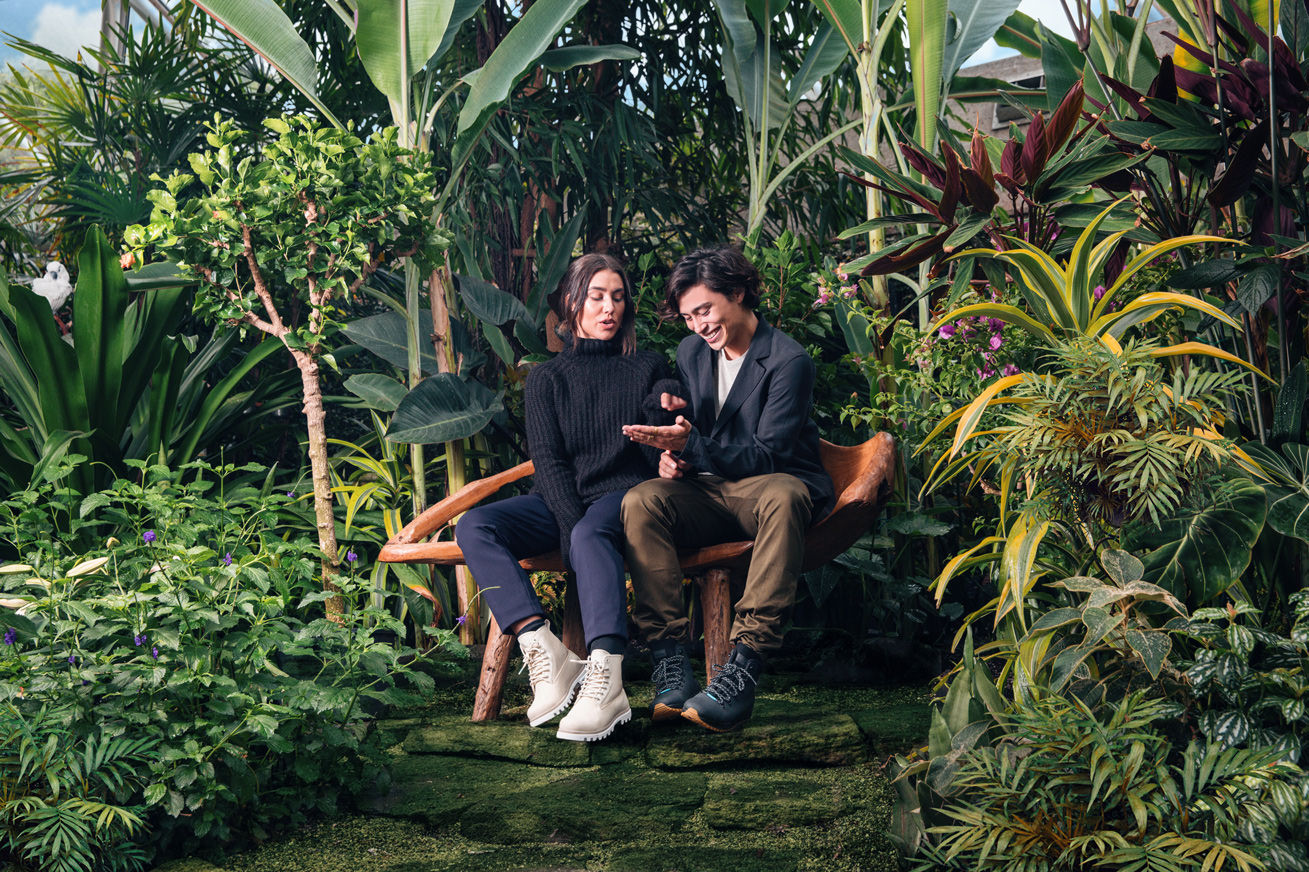 Despite being sold by various retail partners, Native had nowhere to display its physical collection in full before opening the store. The company considered launching its debut shop in one of its biggest markets—New York or SoCal—but ultimately decided a Vancouver location carried the benefit of being highly observable: a retail “lab” or educational project for the entire company. The plan is to expand in the coming years, trading the Pacific Northwest moss wall for greenery local to other key regions. The company will, of course, “keep it lite,” maintaining its characteristic easy, comfortable, all-ages identity and modern design wherever it goes. Dr. Martens and JJJJound Collaborate on the Ultimate Artist’s Shoe