Gianvito Rossi, son of prominent Italian shoe designer Sergio Rossi, has been under the tutelage of his father since before he could walk. “My house was on top of my father’s factory, which was kind of a playground for me,” explains the designer, now 49. “The shoes, heels, leathers, were like Lego to me. They were like toys.”

Rossi experienced the sale of his father’s company in 2005 as an abrupt confirmation that he was not simply born into the shoe business, but that crafting footwear was his calling. “It was the first time in my life that I found myself without shoes around me,” says Rossi, tall, dark-haired, and soft-spoken. “Sometimes, when you have had something since forever, it’s not so easy to understand how much it means to you,” he explains. “But the day you miss it, you realize; and I realized shoes were really my life, and my way to express myself. So then I immediately wanted to start my own line.” Two years later, Rossi the younger founded his eponymous line. 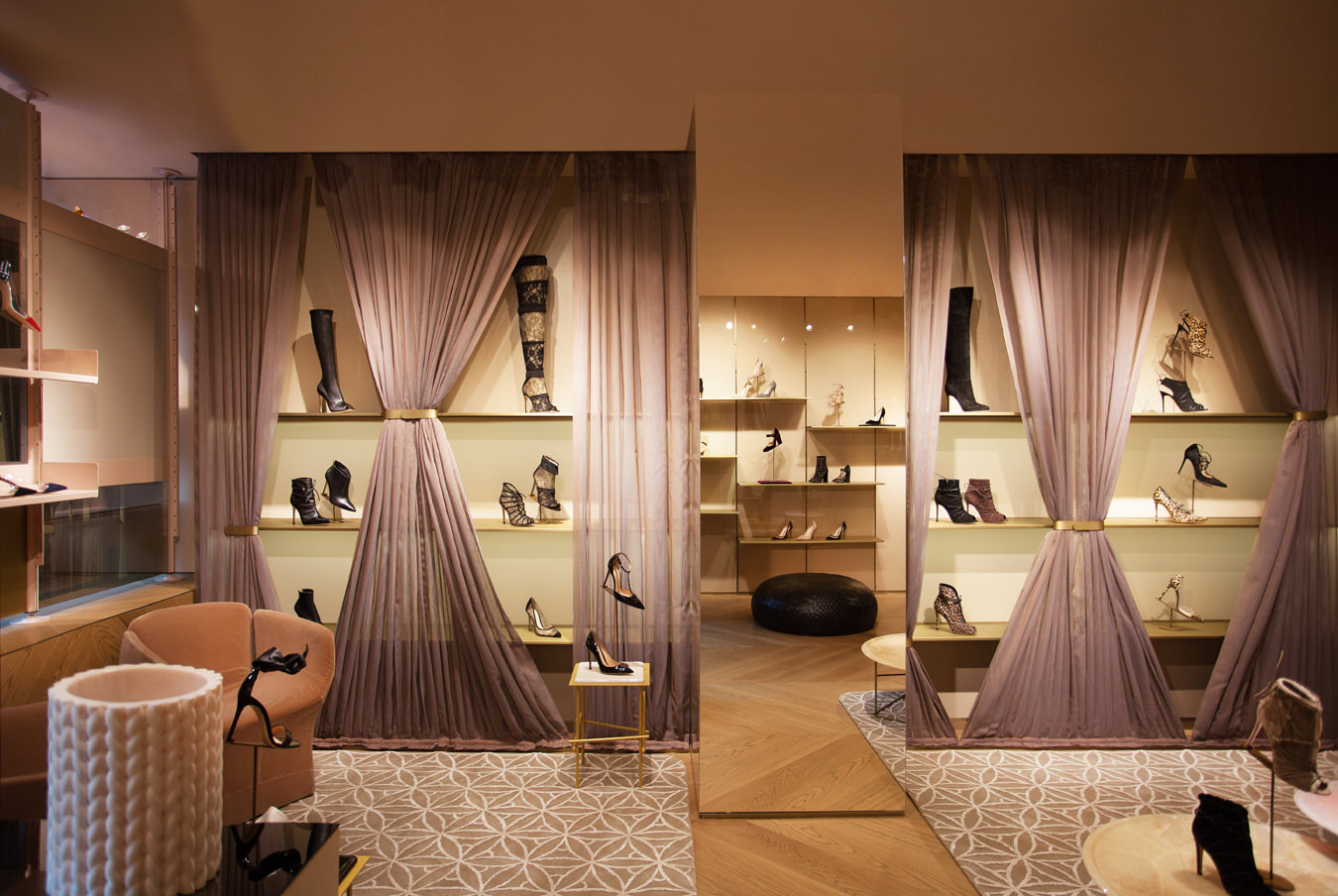 The first North American Gianvito Rossi flagship debuted on Madison Avenue late last summer, and the label is a relatively recent addition to luxury department-store shoe sections. Yet response has been enthusiastic. “Customer reaction has exceeded expectation,” says Erin Cerrato, divisional VP of accessories at Holt Renfrew, which began selling the line in 2014. “The shoes are sophisticated, sexy, and comfortable. Women are responding to the quality of craftsmanship and design aesthetic.” Josh Schulman, president of Bergdorf Goodman and Neiman Marcus Group International, claims that Rossi is one of the fastest-growing new shoe brands he’s seen in years.

The designer himself remains humble and focused. “For me, the most important thing is the silhouette, the shape,” says Rossi. “I don’t like all these embellishments or studs or things like that. I think that the line is really what makes an elegant shoe. It’s very easy to design a fancy shoe—but making a simple one modern and eye-catching is the hardest. But once you do it, it rewards you the most.”

Rossi’s shoes are not showy or gimmicky—there are no signature bows or logos, no red soles here. Rather, Gianvito Rossi shoes are defined by their simplicity and grace, which is not to call them plain. In fact, whether it be a pair of his classic stilettos, low-heeled thigh-high boots, or his celebrity-beloved, transparently panelled Plexi pumps, coming across a pair feels sort of like witnessing a natural phenomenon—one’s instinctual response is to stare.

Much as he creates shoes as a form of self-expression, Rossi hopes the women who wear them will find ways to express their own, nuanced personalities on a level flashier designs don’t allow for. “Sometimes you wear a very strong and super sexy shoe and sometimes there’s a feeling that it’s a little too much,” says Rossi, who turns to his wife for a second opinion on some of his styles (“She’s very elegant,” he says, “and honest”). “The most important thing for me is that once a woman wears [my shoes] she can really feel her femininity without the sensation of being too exposed.” Rossi seems to design for women of any age, so long as their taste is understated and defined by a passion for beautiful details. “Everybody,” he says definitively, “everybody pays attention to the shoe.” (By chance, the evening before this meeting with Rossi, actress Diane Kruger told a reporter at the annual FGI Night of Stars that Gianvito Rossi was her favourite shoe designer—a quote which, when relayed to Rossi, sparks a bashful grin. “She represents what I really like,” he says. “A modern elegance with a bit of coldness.”)

Befitting of someone who has been dedicated to their craft for untold years, Rossi strives to produce timeless styles. “High-quality design is design that lasts longer, and you will not get bored after a season or a year,” he says. “I’m really attracted to that and I, at a certain point, would love to get to the status of a classic designer.” He’s just taking it one step at a time.