The prancing horse as emblem is one long entrenched with Italian automotive lore. But once the black horse becomes white and looks out east (as opposed to west), we have the insignia for Cheval Blanc, the hotel brand of the conglomerate LVMH Moët Hennessy Louis Vuitton. Black or white—each horse represents a spectacular version of reality. 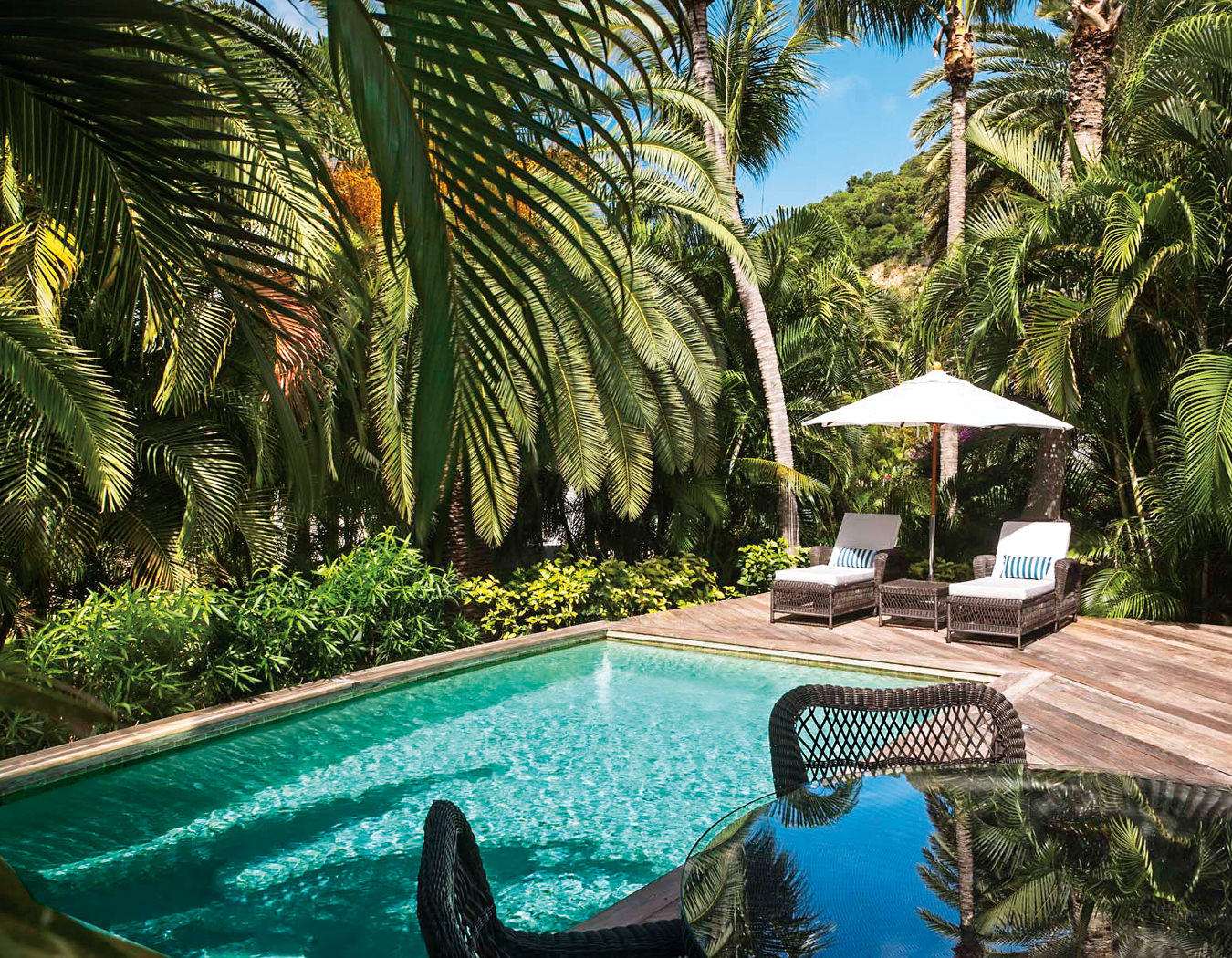 LVMH got into the hotel business 10 years ago when Bernard Arnault, chairman and CEO of the largest luxury goods company, transformed a mountaintop chalet in the tony French Alps resort of Courchevel into an haute-couture sanctuary. Stationed near the entrance of Cheval Blanc Courchevel is a mirrored horse sculpture, erected as a marker of the new hospitality brand (whose name is in reference to the group’s Château Cheval Blanc winery in Saint-Émilion).

“Cheval Blanc revisits the prestigious tradition of French hospitality through its collection of one-of-a-kind maisons,” is the statement Cheval Blanc proclaims, “cozy in size, uncompromising in privacy, lavish, designed to deliver the luxury of time.”

After much success in the ski slopes, Cheval Blanc was reimagined for the tropics for the opening of Cheval Blanc Randheli in the private-island escape of the Maldives. Now, for its third maison, Cheval Blanc transformed the 40-key Hotel Saint-Barth Isle de France to Cheval Blanc St-Barth Isle de France: rooms, suites, and villas individually decorated in easy-but-elegant West Indies style with a distinctive French flair. Cheval Blanc St-Barth has the only Guerlain spa in the Caribbean with perfumer Thierry Wasser creating a signature scent, Tropical Chic, for lotions, candles, and body and pillow sprays. Pantone has somewhere in the neighbourhood of 3,000 colours, and yet there wasn’t one suitable for the maison, so LVMH invested in creating a colour unique to Cheval Blanc St-Barth: rose pale, blush pink, with touches of it on everything from drinking glasses to beach towels.

The low-built hotel is situated in Baie des Flamands, with suites and villas on the white-sand beach, while freestanding bungalows (some with their own private pools) in the tropical garden in the back, embraced by palm fronds and bougainvillea, have appeal all their own. Every night a delight is left for you—a beach tote, flip-flops, a pareo embroidered with your name on it; it sounds wonderfully luxurious, and it is, but there is a certain je ne sais quoi charisma about it.

“We are selling the island first, then you want to come and stay at our maison,” says Christelle Hilpron, general manager for Cheval Blanc St-Barth Isle de France. It isn’t a hard sell if even a sell at all. St. Barths looks exactly as it might have in the 1950s when the French-Caribbean island used to be the playground for the likes of the Rockefellers and Rothschilds. (The former David Rockefeller mansion sits above Colombier Beach—sadly, forsaken.) The French territory is a beloved destination for jet setters as well as boldface names. The week between Christmas and New Year’s is infamous, a time when the people—the rich and aspiring rich, the beautiful and interesting looking, the ex-travagant and creative—revel in being seen and the superyachts converge in the Gustavia harbour. 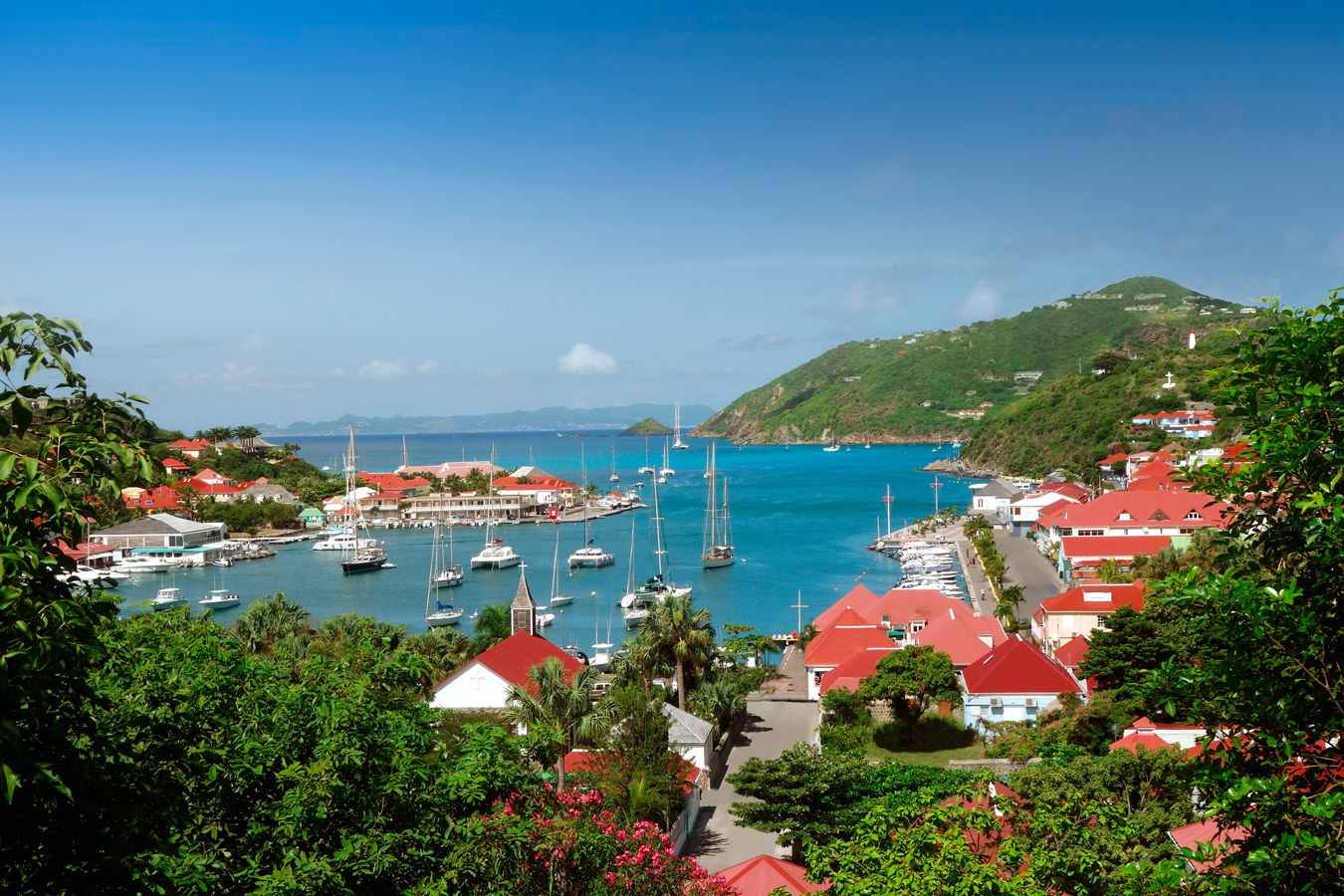 And yet, the island is about understated exclusivity, and that’s why Cheval Blanc, with its sublimely French art of recevoir, is such a natural fit. There is a European air that projects from the maison’s heart—the staff (ambassadeurs, the concierges are called alchemists) who are can-do in making sure guests have their every desire, be it a journey across the Caribbean Sea escorted by a majordome, Cheval Blanc’s dedicated butler, aboard a 69-foot yacht or catamaran, or a swim with Amaryllis, the resident mermaid. And, perhaps it goes without saying, as this is LVMH, the hotel hosts pop-up champagne lounges. “There is an identity at each maison,” states Hilpron, her blush pink trousers not uniform, but very much on point with the Cheval Blanc St-Barth kinship.

Those who truly appreciate St. Barths know the 21-square-kilometre island is about relaxing—a hallmark for Cheval Blanc. No one is hurried and it is very much about the here and now. While dining at the feet-in-the-sand beach restaurant La Cabane de l’Isle, french fries get the porcelain treatment and fans are delivered tableside. At the signature restaurant La Case de l’Isle, chef Yann Vinsot combines his love of cooking from his native Brittany with the flavours of the Caribbean.

Cheval Blanc St-Barth Isle de France is a feted five stars and with its unhurried expansion of the Cheval Blanc brand, LVMH is slowly but surely redefining the concept of luxury hotel. The Caves Resort in Negril, Jamaica