Just before the holidays, I was invited to attend the opening night of Odysseo, the horse show by Cavalia. As December is a hectic month for me and I wasn’t feeling well, I politely declined.

The new year began. I was getting back into my routine, preparing for a business trip to Europe, addressing daily issues. Steven of Odysseo contacted me again. We enjoyed a phone conversation about what motivated artistic director Normand Latourelle to create such a unique show. My mind started to wander to my childhood.

When I was a child growing up in Italy, horses were part of life. We used horses on our farm like I use a car today. I had many chores each day, but my favourite was to take the horses to the creek for a drink. I was a small child, so I wasn’t allowed to ride the horses when they were saddled. But I could always try to ride bareback. To mount the horse, I would lead it to a slope on a hill and coax it to put his head down. Then I would grab onto its hair and jump onto its back. I will never forget the feeling of riding a horse at full gallop. I felt like I was flying. I grasped its body tightly with my legs as I held out my arms like stiff wings and tilted my head back as the animal gained speed. 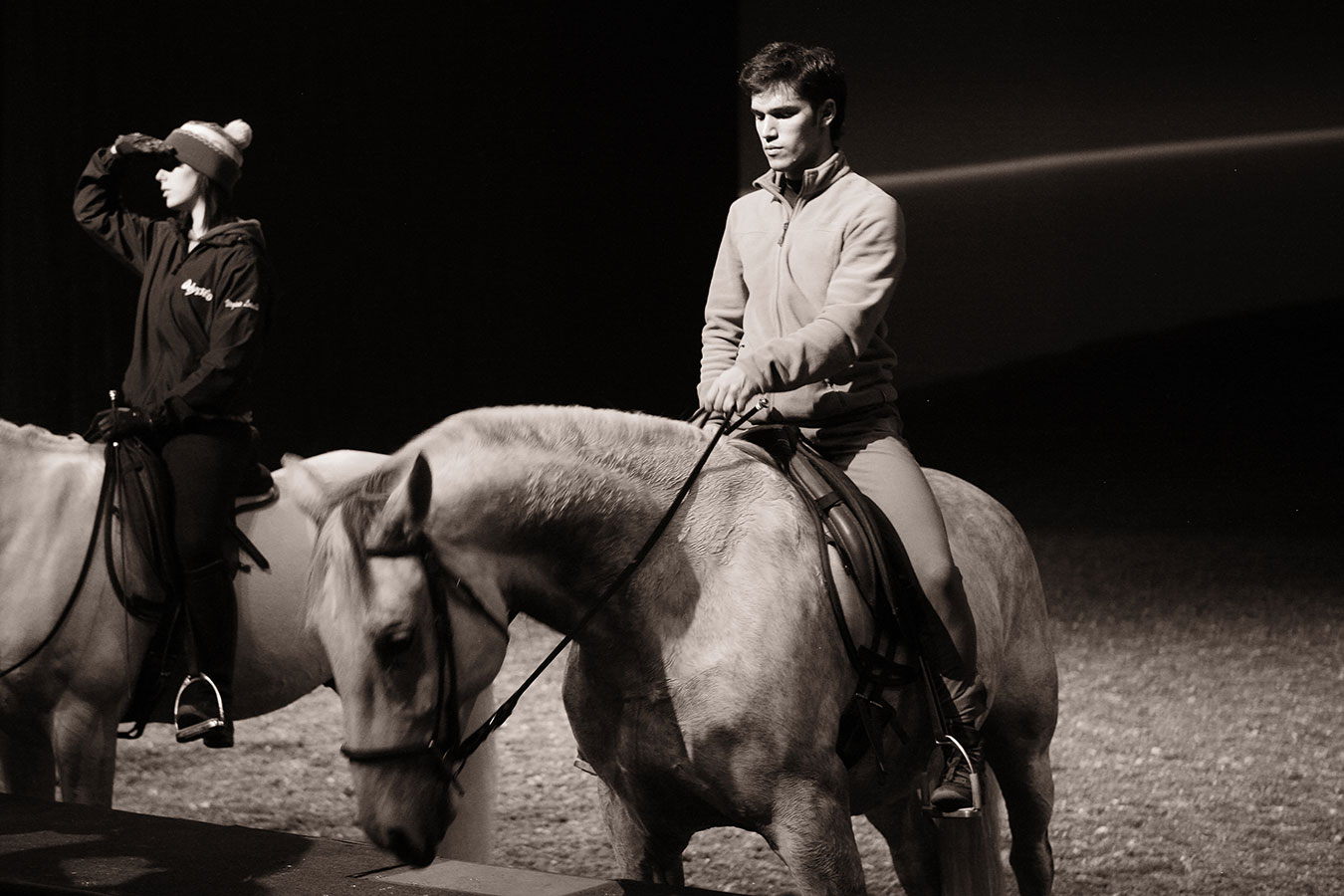 Steven described the show, and I thought this might be something my three-year-old granddaughter, Inessa, would enjoy. It would be our first big adventure together. She would always talk about “horsies.” He asked me what time was preferred; I chose an 8 p.m. showing on a Saturday night.

I phoned Inessa on Wednesday of that week. “Inessa, do you want to go with Nonno to see the horses?”

“No, three days from now. You have to make sure you go to sleep in the afternoon. Otherwise you will be tired and fall asleep and miss seeing the horsies.”

On Thursday she called me. “When are we going to the horsies? Are you coming?”

Friday afternoon I received another call. “Are you coming to take me to the horsie?”

I wondered about her fascination with the horses. I learned later that about a year earlier, when Inessa was two, she went to a ranch and fell in love with the horses. She had talked of “horsies” ever since.

When Saturday arrived, I began to think that 8 p.m. was too late for her. I thought about calling to switch to an afternoon show. Again, work took over, and soon the evening began. My son-in-law and daughter picked me up, and I rode with Inessa in the back seat. She continuously described the horses in her own language; some I understood, much I did not.

When we arrived at the VIP tent, I was pleasantly surprised at being hosted for dinner and champagne. Inessa was mesmerized the moment the show began. A 35,000-square-foot stage was unveiled, with a six-story screen onto which 19 projectors and 200 moving lights danced within the 125-foot big top. Sitting still like an adult the whole time, Inessa observed every detail, clapping with the audience, pointing and talking constantly. “I like that one. That one.” I apologized to the guests in front of us. They smiled and said they enjoyed the show more because of her enthusiasm. 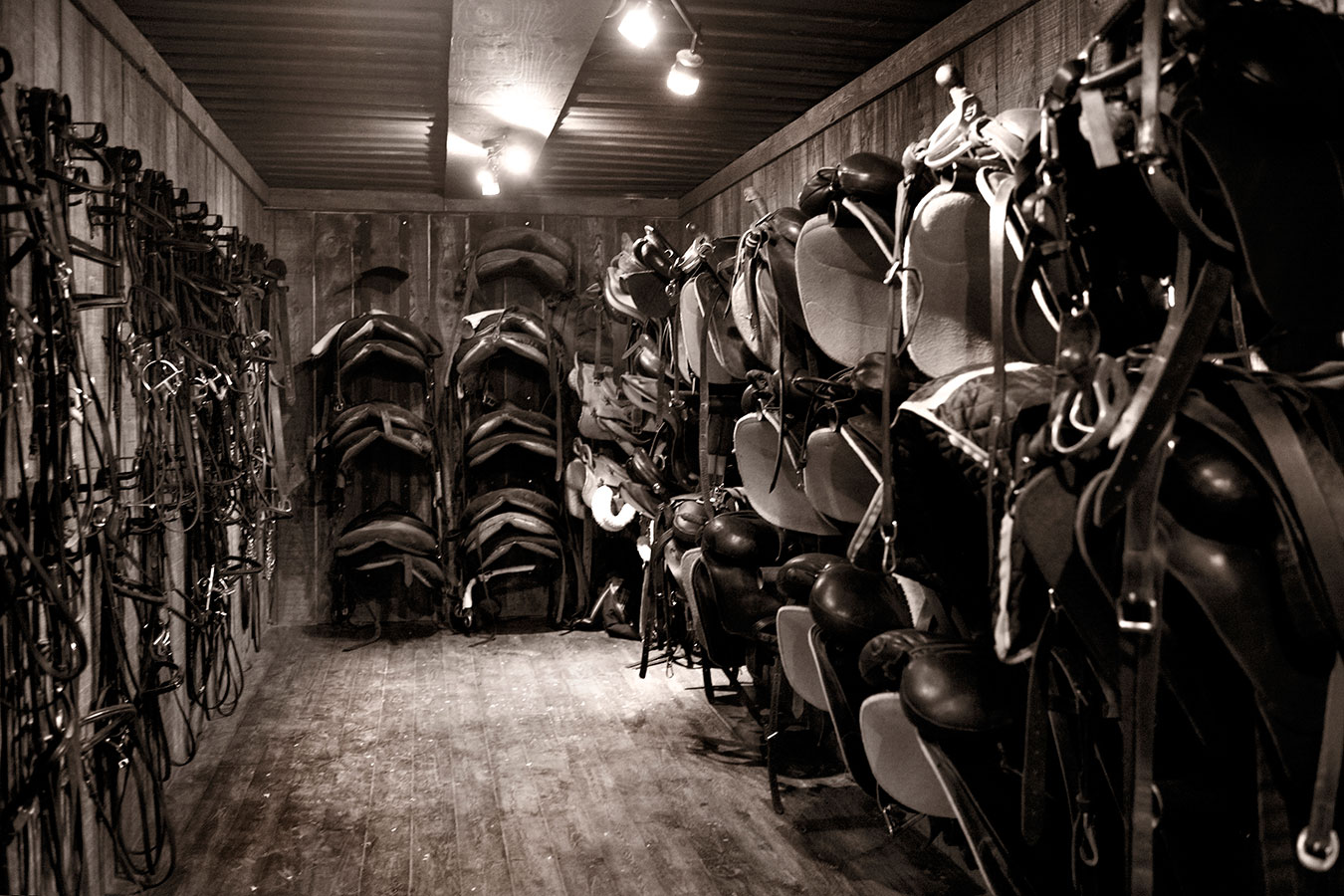 We had dessert at intermission. Inessa has a sweet tooth, like her nonno, and she loves cookies. With a cookie in hand, she sighed, “Nonno, I am full.” I was concerned she would fall asleep, so I said, “Later, we can go and touch the horsies.” Her eyes lit up.

The show is spectacular in many ways, but the most impressive thing to me is the live nature of it. The 67 horses moved seamlessly as a group, solely under subtle verbal direction from a trainer, with no physical aids. When we toured backstage, I was awestruck at the amount of detail and attention, including heated warm-up areas, spa-like stalls, and the constant stream of individuals that cared for the animals throughout the day.

I am most grateful for this immeasurable experience. I held Inessa backstage as she patted the horses, and I was brought back to my days as a boy, riding these wonderful creatures, grasping their hair. Decisive action brings quick victory and unexpected adventure. May we all remember the freedom of our childhood and enjoy the ride of an unknown opportunity.