With a name like Thomas Pheasant, it’s easy to imagine a man with brilliant plumage. Dressed in a white Oxford, a tailored blazer, and a silk pocket square, however, he has more in common with his spaces, his appearance being a canvas of muted tones that welcome moments of colour and personal expression. The American interior designer’s compositions of form and material create spaces that harmonize like the major third of the Ionian scale, that cause one’s eyes and body to linger. His spaces are tactile. Whether it’s the grain of an exotic wood or the texture of upholstery, you can’t help but run your fingers along the surfaces and lines that articulate his designs.

The stripped-down elegance of his works is the result of a process that expects and welcomes the chance that his point of view could be bent by the world around him, which is how he found himself in interior design. While he was a student of architecture at the University of Maryland, Pheasant’s sudden propensity for interiors belied his initial architectural aspirations. At the behest of an instructor, Pheasant was encouraged to round out his studies with classes in interior and furniture design. “I reluctantly did it because I thought I had to do what he said. But in following his advice, it was like a light went on, and I immediately felt connected to interiors and furniture,” says Pheasant. That was the last time he did what he was told. 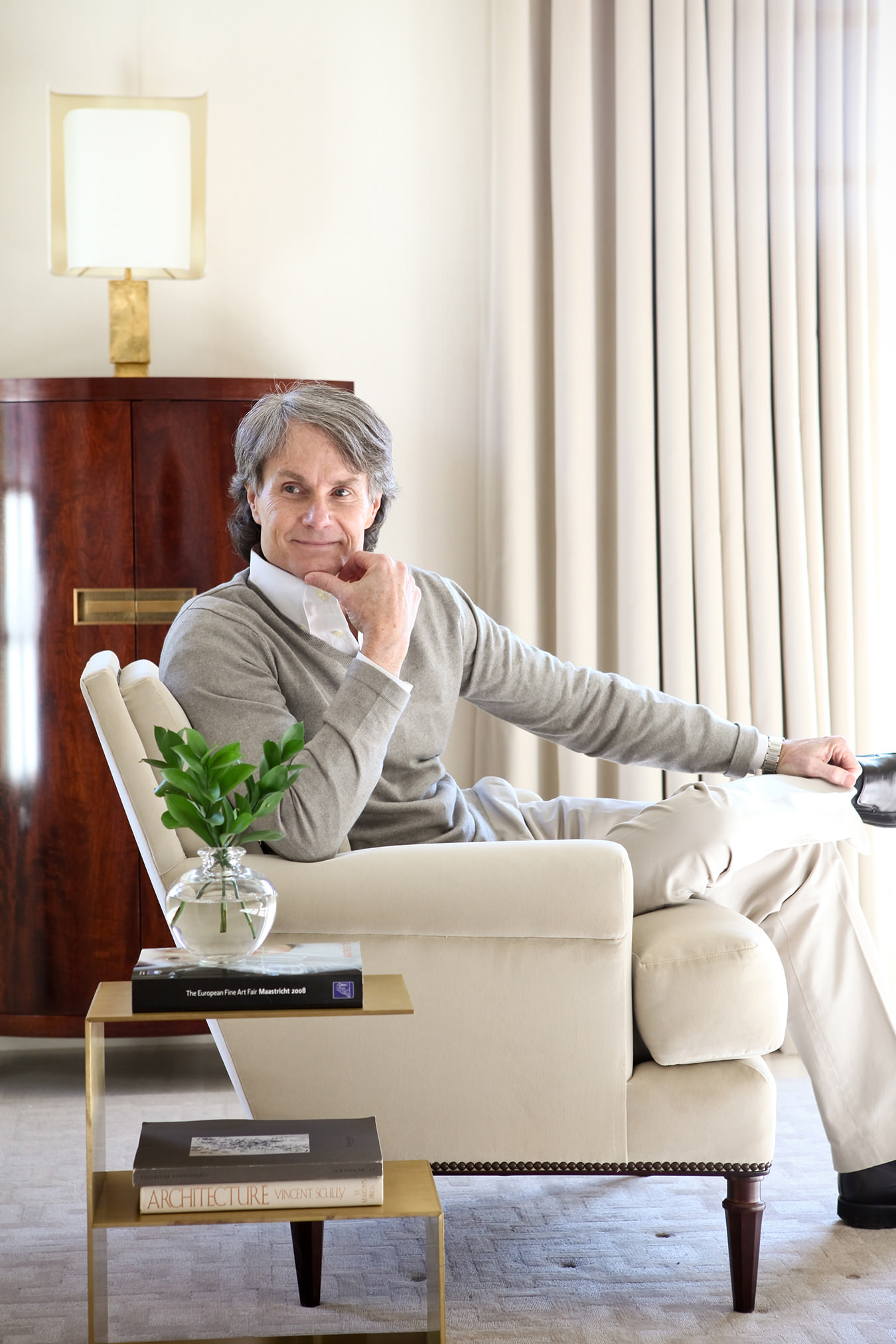 In the current climate of high-amplitude interiors, Pheasant is somewhat of an unlikely rebel, incorporating the maxims of symmetry and scale that define classical architecture rather than contemporary iterations from the canons of modernism. Growing up in Washington, D.C., which continues to be home, he was pressed upon with the ideals of classicism from an early age. “I think one of the best foundations that a contemporary designer can have is a true understanding of classical architecture,” says Pheasant. “We haven’t changed. We were, scale-wise, the same then, and so those elements or those proportions and those keys are really [still relevant].” His spaces create a dialogue with the design traditions of earlier eras but are filtered through his own vision to create something new.

Pheasant’s projects range from Moscow to Washington; the latter is where he recently began work on Blair House, the president’s guest house on Pennsylvania Avenue. Since 2000, his name has been chiselled into the entablatures of Architectural Digest’s AD100, a celebrated compendium of individuals in the realms of architecture and interior design. In 2005, the same publication gave him the title of Dean of American Design.

Pheasant’s international appeal has been further escalated through his relationship with Baker, a luxury furniture brand for whom he has designed the Thomas Pheasant Collection. The collection has seen three new phases of product added since its launch in 2002. (Baker has seven dealer locations across Canada and one free-standing showroom, Baker at Brougham Interiors, in Vancouver.)

Admittedly, Pheasant is selfish with his time, committing only to projects that are lucrative, challenging, and intrinsically enjoyable for him and his clients. “Their enthusiasm makes all the difference because I spend so much time with these people,” he says. Projects often span two or three years, and Pheasant engages clients from the beginning, taking them to galleries, travelling with them, and allowing their personal aesthetics to be revealed naturally. “Before the space is finished, they’ve already owned it,” says Pheasant. “They feel a part of it.”

The goal is to create a space that is an extension of the people who will inhabit it. The challenge is when clients at first bring nothing with them. “Someone once saw a wall with 20 pieces of artwork or something all over it and asked if they should do the same thing,” he recalls. “I said, quite honestly, ‘If you have 20 pieces that you value, then yes. But if out of 20 pieces, you only love one of them, just hang the one. Because trust me, when you walk into that space, you will identify with it. It will identify you.’ ”

Successful design often takes on a life of its own. Without knowing it, you may have already experienced one of Pheasant’s most successful pieces, the Constellation Mirror, a starburst of gold thread and mirrored discs. “That mirror is copied by everybody,” he says. “You can buy it for $30 or you can buy it for $5,000. I love that because it made a difference in the industry and it’s taken on its own life.”